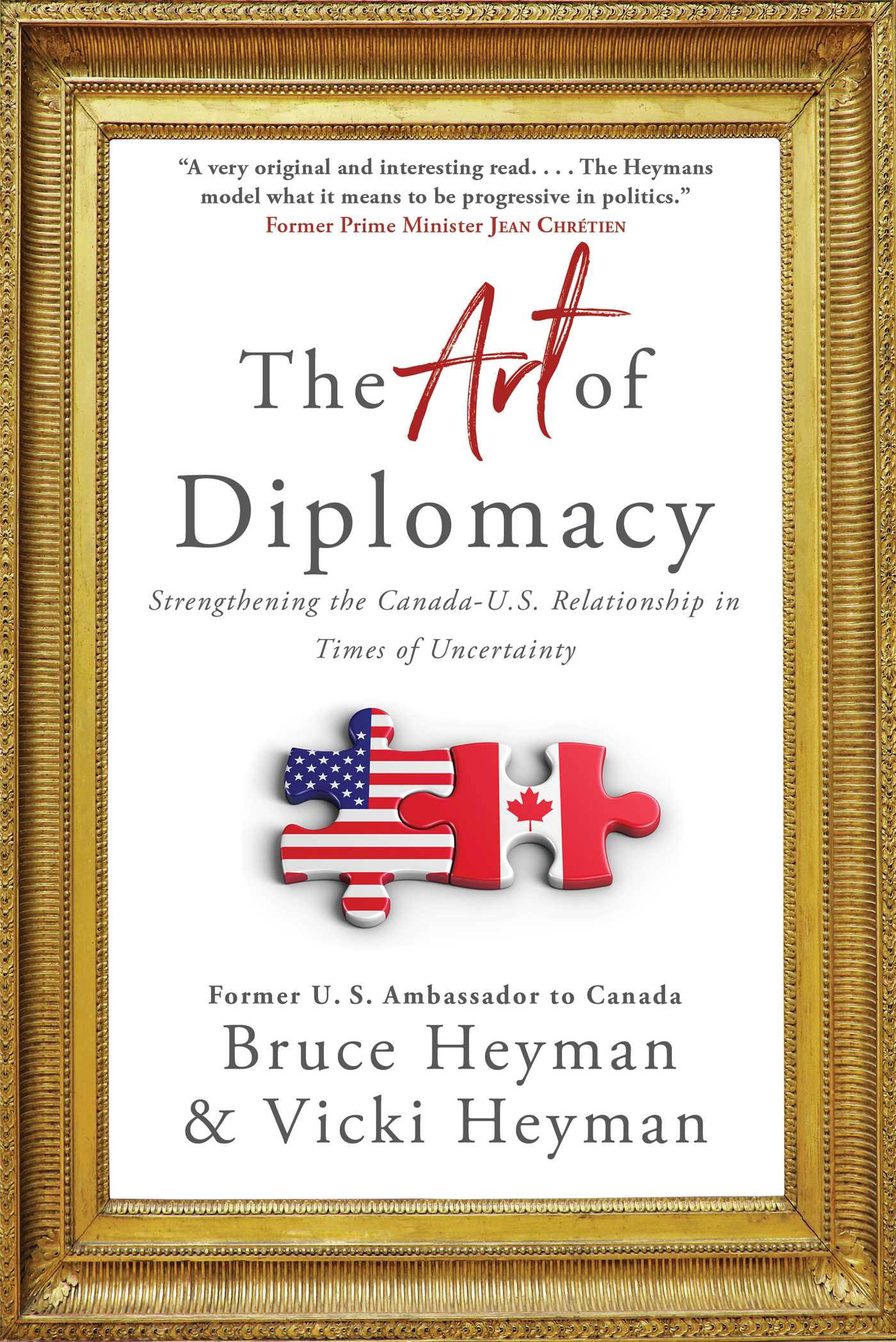 What does an ambassador do? Pop culture tends to portray action-inhibited straw men—almost always men—being indecisive in times of crisis. Journalism often implies they’re all wealthy political donors awarded the domain of some cozy country as a junket in return for money raised.

In other words, I knew very little about the actual life of an ambassador before reading “The Art of Diplomacy.” I did know the authors, as I worked with Bruce Heyman at Goldman Sachs back in the late eighties. We had the same job but were on different teams and did not get to know each other well, although company social events meant I knew his wife and co-author Vicki a bit too. I soon left Goldman to make a go of Newcity; Bruce stayed and eventually became the partner in charge of my old division in Chicago and, later, after he and Vicki were campaigners and fundraisers for Barack Obama, he was appointed ambassador to Canada, where he served from April 2014 to January 2017.

“The Art of Diplomacy” is a breezy read, almost a journal of their day-to-day life in Ottawa, the Canadian capital. We get a behind-the-scenes take on the major—when Bruce took office, the conservative Canadian Prime Minister Stephen Harper had a frosty feeling about the U.S. thanks to ongoing differences of opinion about the Keystone XL pipeline, and he froze Bruce out at first—and the mundane, like the operation and decoration of the ambassadorial residence, Lornado. Both, it turns out, are a big part of the job and, as he and Vicki would posit, both are important. For while the ambassador is the top representative of the United States government in the country being served, he’s also, ideally, an ambassador for all the great things about America—its art, commerce, culture and citizens—with a mission to win the hearts and minds of the host country’s people as well as its leaders.

Given the relative heft of the United States—Bruce quotes former Prime Minister Pierre Elliott Trudeau describing his country’s relationship with its southern neighbor as “like sleeping with an elephant”—it’s easy to understand how the U.S. Ambassador is a closely scrutinized figure in his host country, even if the object of little attention here at home. Near the start of his tenure, Bruce commits an early Twitter faux pas (yes, there once was a sense of proper behavior for public officials on social media) when he posted a complain-y joke about snow in April in Ottawa, which flared into a press to-do.

Like most Americans, I rarely give much thought to Canada and have spent far more time on other continents than inside the boundaries of our northern neighbor. But the Heymans make it clear that the relationship is deep and essential to U.S. interests. This became clear with the election of President Trump, who has senselessly tried to big-foot our third-largest trading partner and faithful ally in multiple ways, while making Canada once again a bastion of real freedom in the face of “the land of the free” when Trump tried to ban Muslims from entering the country early in his tenure and Canada replied, all are welcome here! (Hello, “The Handmaid’s Tale.”)

Most interesting is how the Heymans approached the ambassadorial opportunity as a team. Although it’s a future of leadership we’ll need to sort out and acknowledge more and more, we’re a long way as a society from recognizing that many marriages function as professional partnerships as much as domestic. (Remember Bill Clinton’s “buy one get one free,” and the constant strife around Hillary’s real or imagined leadership role in his presidency?) Bruce and Vicki write that which of them became the ambassador was almost a toss-up, and they give weight to this idea by writing the book together, in alternating chapters. While Bruce the ambassador tends to the official (and often dull) political duties, Vicki takes on the role of cultural envoy, championing the arts of the United States and vice versa, all with a nice Chicago flavor. (Artists Theaster Gates and Nick Cave were featured guests while the Heymans were in residence, for example.)

Ultimately, the book has the unhappy ending we’re all living through now, and the Heymans at times lay out the way the Trump presidency has diminished the relationship between the countries and undone what they (and President Obama) accomplished. But much more tellingly, the grace and intelligence they brought to their posting, wherein they did exactly what any American would want and appreciate from their representative in a foreign land, speaks volumes about what we lost in November 2016.

“The Art of Diplomacy: Strengthening the Canada-U.S. Relationship in Times of Uncertainty”
By Bruce Heyman and Vicki Heyman
Simon & Schuster, 288 pages