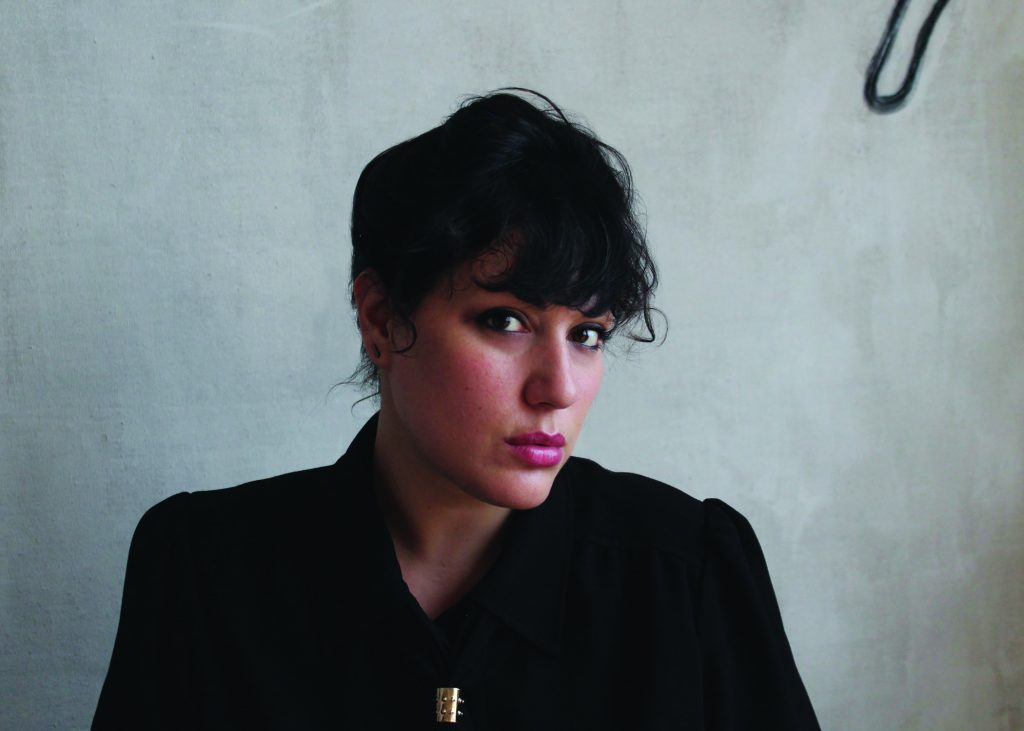 In her debut novel, “Hard Mouth,” Amanda Goldblatt faces the existential dread of loss, and finds her characters clinging to a nexus of imaginary friends, isolated nature, and the lessons of futility as a way of escaping, processing and coping with that loss. Her use of language can veer into something of language-as-material, as if painting a portrait or capturing a scene on film, twisting and torquing meaning. Sometimes, just beyond the range of sense as when she describes her protagonist Denise’s imaginary friend Gene as having a voice made “of simple syrup and rocks.” A kind of guardian angel or other benevolent presence, Gene first enters her life at fifteen, during one of the early cancer scares of her father, whom she calls Pop.

“Hard Mouth” has been on Goldblatt’s mind for seven or eight years, since her own real-life father was diagnosed with cancer. We sat down to discuss the emotional spectrum of experiences, in herself, the characters and the cultural sources that propelled her to complete it.!–more–> 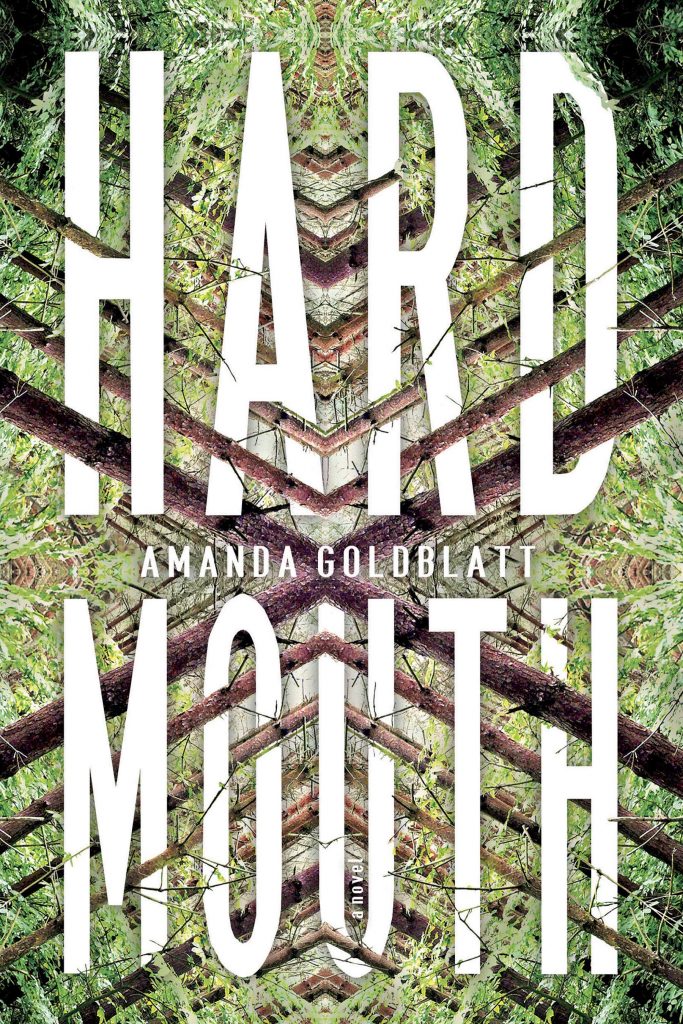 This is your first novel, what prompted you to want to write it?
I had written some stories and essays prior to that and I was sure that I didn’t want to start a novel until I knew it was going to be a novel I was going to finish. And my father was diagnosed with cancer, he went into remission and he is fine, thankfully, but the fear, this sort of existential fear that I felt, was big and unruly enough to feel like something I could channel into the making of a novel. In kind of the same way that my narrator figures out a plan to manage things, to manage the oncoming grief, I decided that I could dislocate my own uncomfortable feelings into a novel, which is something that’s extraordinarily really easy to get lost in.

And the struggle for survival here is an emotional one.
I don’t think Denny is interested, actually, in survival, as she’s going through it, and as the action is happening. It’s maybe less about survival and more about processing or digesting or evading.

Then there’s imaginary friend named Gene who wanders in and out of the storyline. Where did the idea for this character come from?
It’s super-interesting. I was living in Michigan at the time, I was super-underemployed and I was watching a lot of classic movies, which has always been a comfortable mode for me, it was something that I grew up watching. And I was through the oeuvres of different actors, and I was watching William Powell. I hadn’t remembered seeing before, this movie “My Man Godfrey,” and was charmed and horrified by the way they navigate class. But meanwhile, there was this blustery, big patriarch of the wealthy family in the movie, and he looked really familiar. I felt like I’d seen him before many times, and indeed I went to see who it was and it was a character actor named Eugene Pallette, who worked from the silent era into the late mid-century. He worked in over 200 films. He started out as a leading man and moved into character acting later in life. But one of his last films was an Otto Preminger movie, and during the shooting, he refused to sit next to Clarence Muse, who was a black actor, because he was a racist. And Preminger also noted, as I started doing research about him, that he was also a Nazi sympathizer during World War II—which now seems outrageous, but also weirdly easy to get one’s head around in the current climate. So, he was cut out of the film and he shot a few more movies after that but mostly retired from public life, and ended up building this hunting lodge in a remote part of Oregon. He lived there, except for the odd shoot, until getting throat cancer and dying eventually in Los Angeles.

So I was just thinking about this very different feeling—to be called out for having horrible views—then it is finding out your father’s going to die, quickly, and soon. There is this similar kind of cataclysm of understanding of the world and your life in it, and who you are, and so I was inspired by, or prompted by, his escape. Before I even knew that he would end up in the pages themselves. So, once I got Denny on the mountain, I understood it was going to be really difficult to sustain a solo character without anyone to talk to, and so I went back and knit in Gene. He became sort of her ability to speak in more nuanced terms, or to be more vulnerable in a less direct or more present way.

I was also struck by these scenes that keep recurring of Denny’s attempts at caretaking, which repeatedly seem to go awry. I find them fascinating; it’s this “I’m going to attempt to try to do these helpful, nurturing things and to try to preserve life” and none of it works.
Doesn’t that feel like life to you? Right? We try to do these things that are guided by our best impulses but we don’t have the ability to control them, or something goes wrong with it and it turns out worse than it would have if we hadn’t tried to begin with. Which is not a value I have, that one shouldn’t intervene, but I am very interested in when we do our best and for Denny, her best is not that great. But when we do our best to care take, it sometimes just doesn’t go anywhere.

Amanda Goldblatt will take part in readings at the Hungry Brain, 2319 West Belmont at 9pm on August 14 with Michael Vallera and Carol Genetti; at Volumes Book Cafe, 1474 North Milwaukee at 7pm on September 17 with Juliet Escoria, Mary Miller and Elizabeth Ellen; and as a part of the Tupelo readings series at The Martin, 2515 West North on October 10, times at themartinchicago.com.