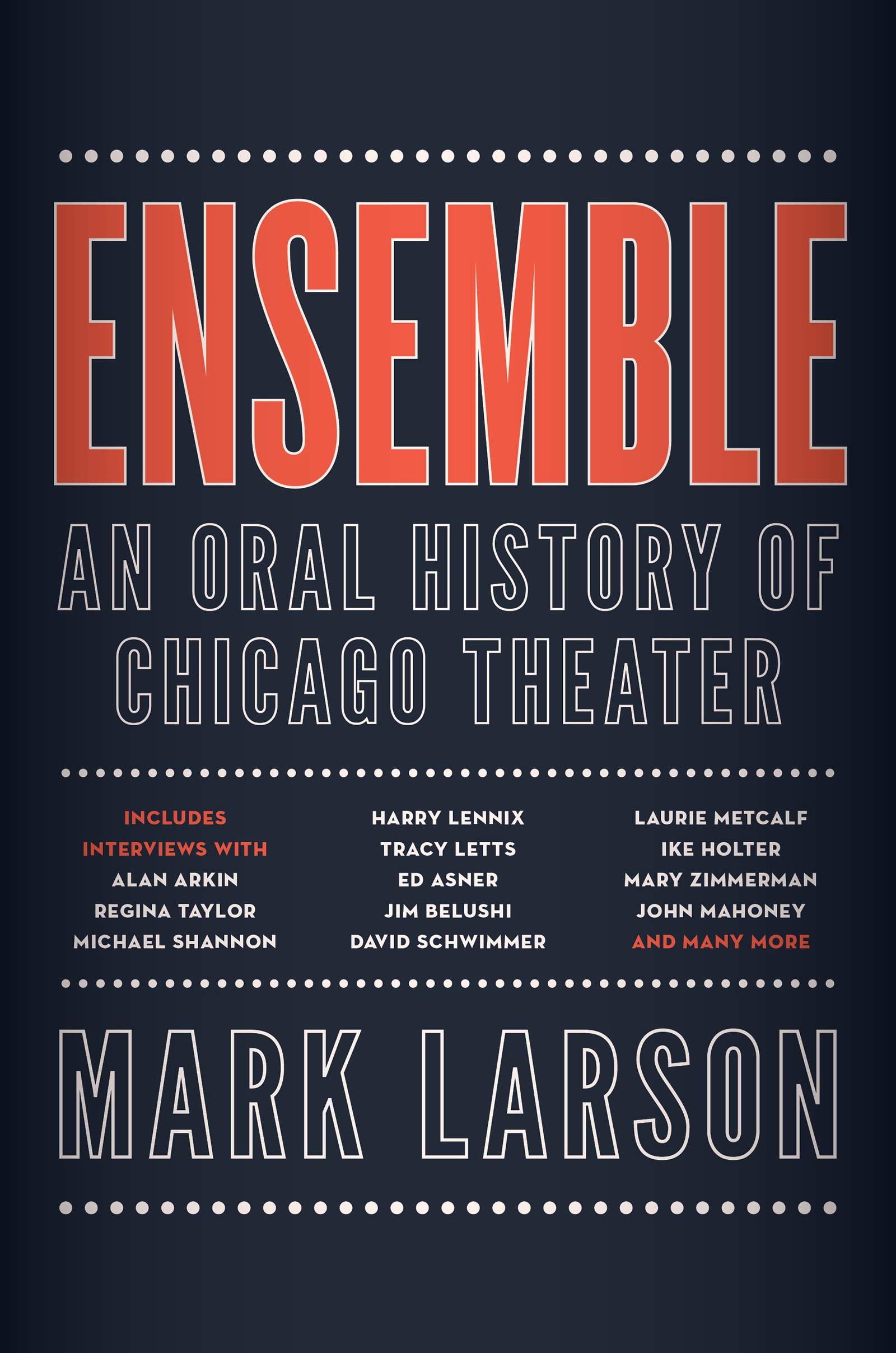 “Ensemble: An Oral History of Chicago Theater” is a wide-ranging look at the last seventy years of Chicago theater, as compiled by author Mark Larson from more than 300 interviews with actors, directors, writers and administrators. It’s an origin story that charts how Chicago evolved from a theatrical afterthought into the most adventurous theater town in the country.

Larson and his subjects trace it all back to how the teaching of educator Viola Spolin affected an audacious group of students from Hyde Park. In the 1950s, the University of Chicago was populated by a dizzying mixture of savants, communists and veterans due to the Hutchins Plan, wherein any student, no matter their age or prior education, was admitted if they could pass an entrance exam. Second City, and subsequently much of the late-twentieth- and early twenty-first-century comedic zeitgeist, grew out of that freewheeling, tight-knit intellectual troupe.

One of the most interesting tidbits revealed by the interviews on Second City is how a couple of musicians, Fred Kaz and W.A. Mathieu, acted as the glue that held those early experiments together. Both were pianists at Second City, and their musical improvisations subtly directed and accentuated the onstage performers. Improv has become ubiquitous and launched many comedians to stardom in television and film. The downside to this popularity, according to Second City alums like Alan Arkin, is that performers are now as likely to compete with each other as they are to honor the form’s origins in unconditional trust and a spirit of play.

Throughout the book, the interview subjects recount how ambition, ingenuity and often an inheritance from someone’s dead aunt fueled memorable productions across the city. The sections on the South Side cast some welcome light on the city’s black theatrical heritage. Ironically, most of the South Side companies that flourished in the seventies struggled once their North Side brethren started employing black talent. Pemon Rami, founder and director of LaMont Zeno Theater, likens it to an earlier integration in professional sports. “When you look at [black theater in Chicago], it’s almost the same thing that happened to baseball. Jackie Robinson got a job, we lost an industry.”

Casual readers without a deep understanding of the city’s theatrical landscape and history may be overwhelmed by the practicalities of how dozens of plays staged decades ago were put together. Nevertheless, the stories told within amply back up Amy Morton’s claim that Chicago is not where you came to get rich or famous, but where you came to get good. “Ensemble” offers an inspiring reference guide to how multiple generations of artists banded together and “got good.”