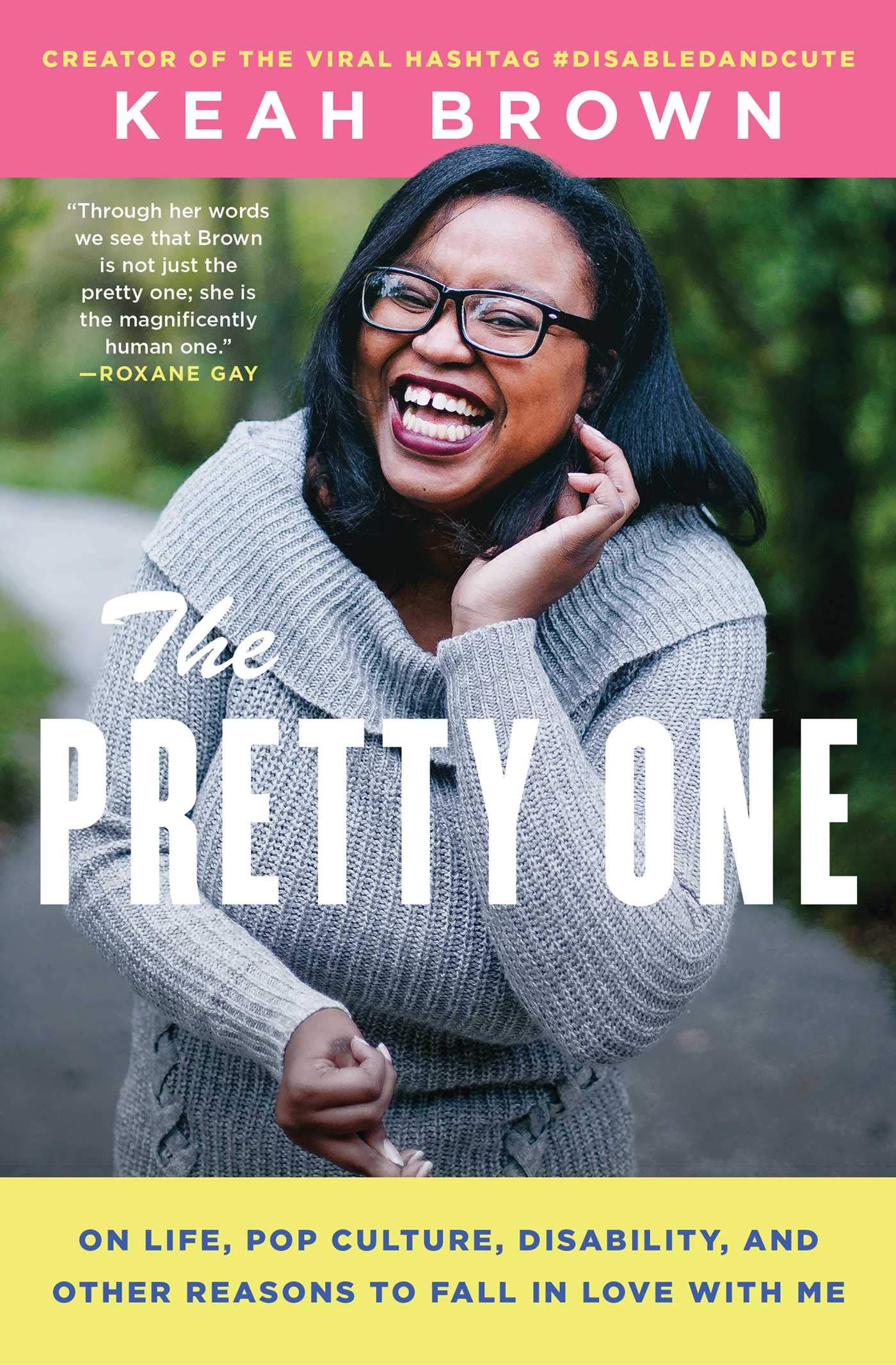 Keah Brown’s “The Pretty One,” a collection of a dozen essays, offers a more personal take than the one that has emerged in her writing for multiple magazines and online publications. Brown’s previous writings have merged a love of pop culture with her concerns about representing several identities simultaneously as a young black woman with cerebral palsy. Brown identifies as a disabled woman, and the sequencing of the essays leads up to the final essay where she explains why she coined the viral hashtag #DisabledAndCute.

Brown weaves anecdotes about her childhood, high school and college years through analysis of movies, connections to playlists, and representations of disabled people, who are usually represented by white people. A key distinction that Brown makes is that disabilities are overlooked and stereotyped in pop culture and social media, if there is discussion of the disabled experience at all. When Brown writes about her own experience with cerebral palsy, there is an accessibility in her words that makes her approachable like any other writer, and you want to see her overcome any obstacles that she encounters.

Even as she writes from this perspective, she confronts a series of interconnected issues. She discusses the infantilizing of disabled people when people assume what’s possible, the ridiculous suggestions to heal disabilities and the fictional store that she imagines where these possible cures exist. Brown talks about the risks of cuts to Medicare and how minuscule disability payments are in an increasingly expensive America. She also consistently returns to the images where people imagine the false freedom in shedding one’s disability, and the self-hatred that emerges in a world that assumes that being able-bodied is the only ideal for physical beings.

The most moving essays in this collection include “Freedom of a Ponytail” and the title essay. As Brown explains the process of managing to do her own hair as an act of independence, with an increasing number of steps and attempts, it reveals how important it is to be who she is on her own terms. “The Pretty One” and “An Ode to the Boys” talk about the real need for affection and intimacy, not just when Brown looks in the mirror, but what is it like to imagine love and being lovable in a world that is biased toward able-bodied people. In “Cry, Baby, Cry,” Brown considers John Waters’ 1990 musical “Cry-Baby” and thoughtfully links it to the need to cry, especially in a world that does not allow some people to cry and express strength via vulnerability. Although some of these essays could have been edited to avoid repetition and further develop the detail around Brown’s scenes and pop culture references, this book critically addresses under-discussed topics around disability and what happens when you have multiple identities in a world that could stand to acknowledge complicated, nuanced, lived existences better. “The Pretty One” relays an evolving sense of self-love and the idea that love means making it possible for everyone to be included at the table without condescension.

Keah Brown discusses “The Pretty One” at the American Writers Museum on September 25 at 6:30pm.

The Pretty One: On Life, Pop Culture, Disability, And Other Reasons to Fall in Love with Me
By Keah Brown
Atria/Simon & Schuster, 242 pages