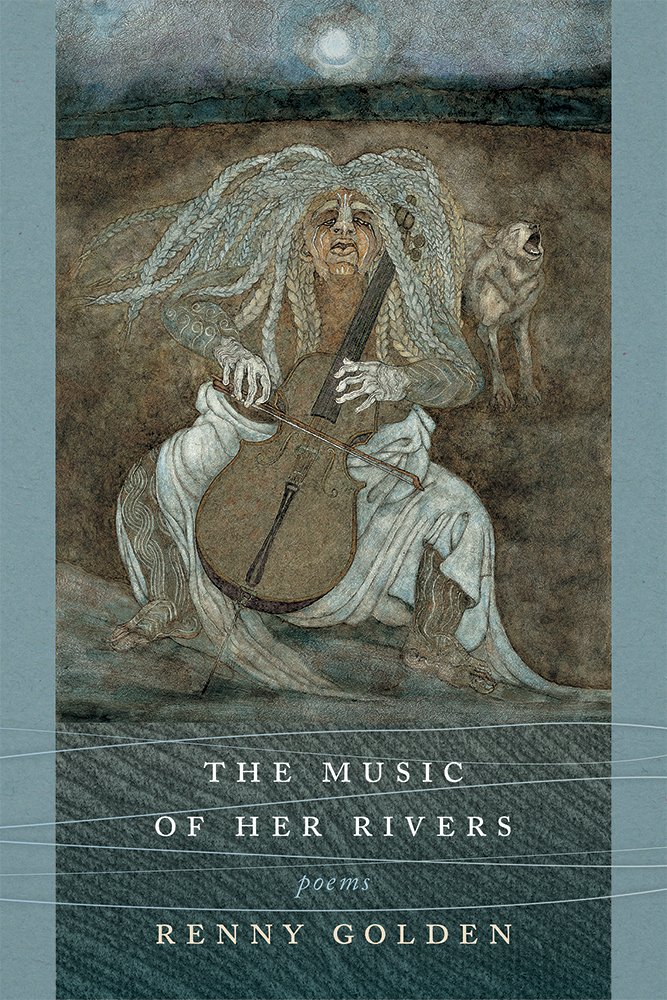 “The Music of Her Rivers,” Renny Golden’s latest work, follows one of the most enduring threads that ties us together—water—to take readers through poems that explore history, colonialism, environmental issues and the city. The three main rivers featured in this collection—the Rio Grande, the Illinois River and the Chicago River—allow Golden to write about what happened, and in some cases, what still occurs along their banks and riverbeds. Broken into two sections, the book begins with the Rio Grande, and poems that address the terrors that Mexican people experience as they attempt to cross the border, but it also explores the indigenous communities that existed near the Rio Grande. One of the outstanding pieces is a series of linked poems called “God’s Map: A Sonnet Crown” where Golden explores the points of views of different migrants, including some who have been detained. Some poems and passages are rendered with tenderness amid brutality, such as this passage dedicated to Kenia Galeano:

…What can I give you but this hunger
which does not belong to me but to all of us in this
place where no bells remember the hour, where tears
fill a cistern, where children lose a voice.

As Golden moves into the second section, the migrants who make it to Chicago and other cities face new obstacle, but there are also the working people who worked under conditions that Upton Sinclair wrote about in his novel “The Jungle.” Golden gives us poems like “Magicians,” the careful couplets of “Whatever You Say, Say Nothing,” and the Irish diggers in “Lambs of God.” “Union Stockyards” describes the bubbling creek of waters poisoned by beef plants near the Chicago River.

By spanning from the 1500s to the present, Golden gives her poems a diverse and timely perspective that not only address migrants, detainees, pollution, and the harsh working conditions of an earlier Chicago. She also celebrates less-recognized historic figures like Juan de Oñate, Jean Baptiste Point du Sable and Lucy Parsons. Golden provides a fuller, more nuanced history of social issues with craft and concern, laced by the tributaries that wind through Mexico and Chicago.

“The Music of Her Rivers: Poems”
By Renny Golden
University of New Mexico Press, 87 pages

Renny Golden reads with Mary Hawley at The Book Cellar on September 14, 7pm.