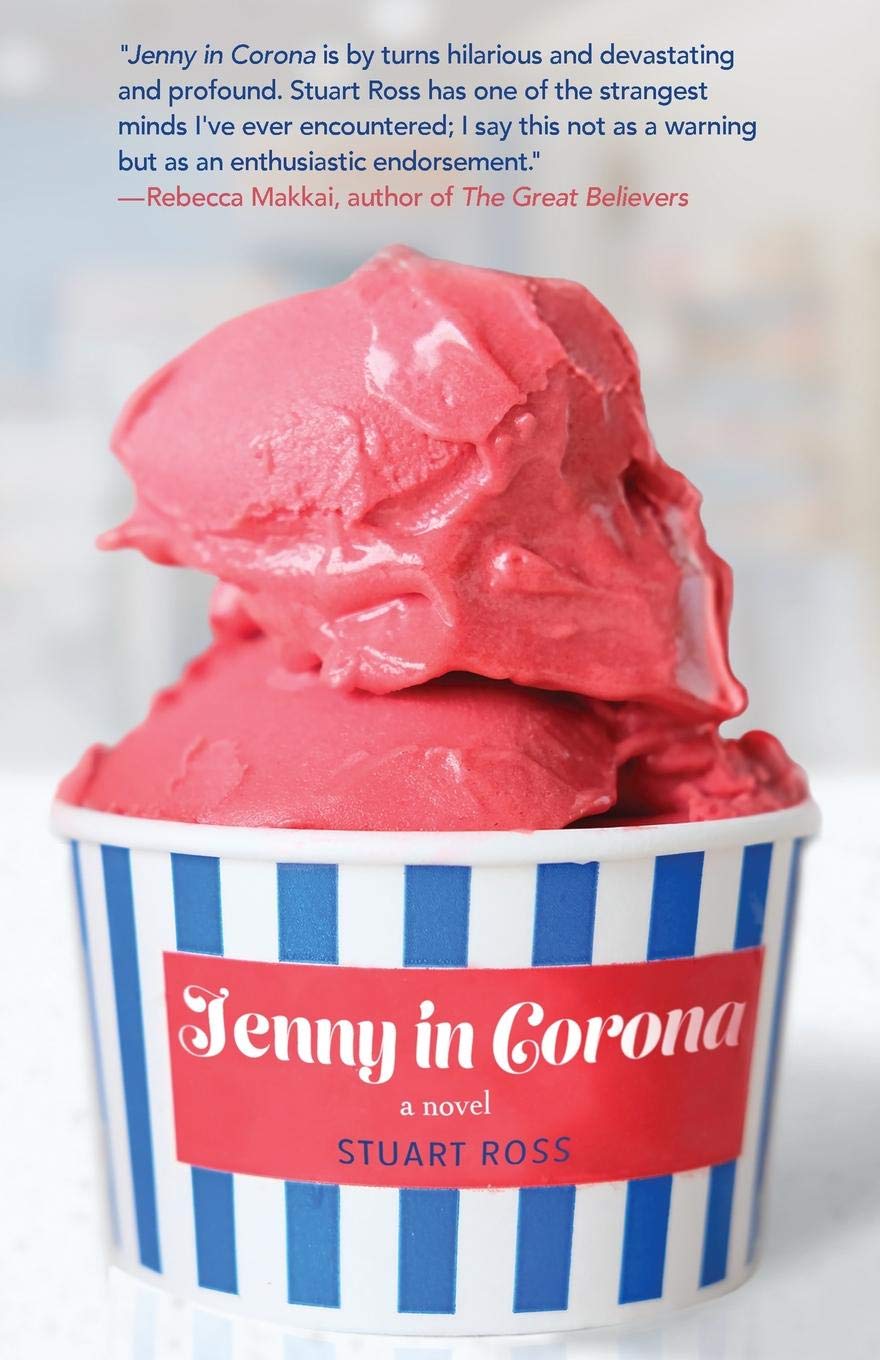 Stuart Ross’ debut novel “Jenny in Corona” grabs your attention with its narrative voice. Ty (don’t call him Tyrone) is a twelve-year-old precocious classical pianist and composer––part Holden Caulfield, part Oskar Schell from Jonathan Safran Foer’s novel “Extremely Loud & Incredibly Close”––who’s lost his mother to an unspecified illness. He still has dreams and ambition until a piano recital alters the course of his life.

There’s a hint of this in what he chooses to play, Chopin’s “Prelude in E Major.” Ty narrates: “There’s an element of sludge to E major, and in fact it may be one of the earliest examples of the romantic desire to escape the world, to tune down and growl and slash your way through a violent piece of music. But there’s strictness to sludge. A military pulse. One foot in front of the other.”

The recital is a disaster, but open Spotify and find “24 Préludes, Op.28: 19 in E Flat Major”––listen to the composition the boy attempts––and you begin to understand where he’s headed. The piece is circular, dizzying, on the cusp of going out of control, and a little bit creepy.

Ten years later, Ty is back in Corona attempting to make his way through the sludge, one foot in front of the other. We’ve read about this place before. Corona was home to the Valley of Ashes, made famous by F. Scott Fitzgerald in “The Great Gatsby.” Eighty years later the ashes are gone and the Mets are losing ninety games a season, but little else has changed. It’s a place permanently spinning its wheels and getting nowhere. Ty is twenty-two, devoid of ambition, and living with his father, who doesn’t seem to do anything but watch the same movies from the seventies and eighties on a continuous loop. Ty’s got a girlfriend, the Jenny of the title, also stuck in Corona. Together they make weak attempts at escape by attending parties in Brooklyn, as pretentious as you’d imagine they are.

The novel’s second major strength is in characterization. Ross crafts his characters to resemble the places they live and the misery they feel. Ty’s father takes on a tenant, Juan, who’s living in the attic shredding his flying V with satanic heavy metal riffs long after people who seem to matter have stopped listening to metal. Ty gets a good look at him and observes, “I sense that Juan is ugly, and embarrassed to engage in the simple act of looking, in the never-ending commitment and duty to open your eyes.” This kind of character patterning––all seemingly created in the key of E major––gives the novel, which is mostly linear and sometimes predictable, its girth and substance. (Frank Tempone)

Stuart Ross reads with Ben Tanzer and Alex Poppe at The Book Cellar on September 19, 7pm.