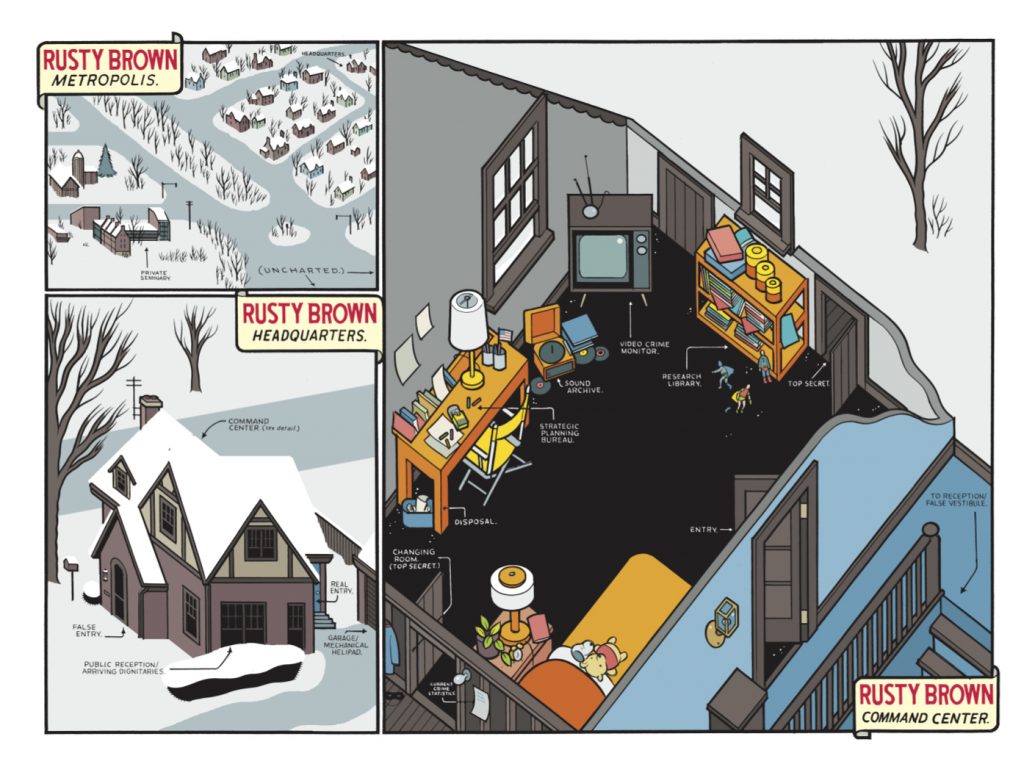 The collection of stories surrounding the character Rusty Brown, who cartoonist Chris Ware first introduced in these pages in the year 2000, is being published as another magnum opus in September, coming in at nearly 400 pages and constituting just the first volume in this tale. Ware is a master of finding the sublime in the mundane, of depicting a million minuscule details, often themselves rendered so minuscule that the reader might harness a magnifying glass to search for the finer elements, assembling them into works of singular grandeur.

The book is really a collection of characters’ stories, interwoven around a moment in the life of Rusty Brown (and Chalky White) in Omaha, Nebraska in the mid-1970s. They share a pervasive life of loneliness, although each character finds moments of joy and accomplishment, usually through creative expression like music or writing.

I’d seen Quentin Tarantino’s “Once Upon a Time… in Hollywood” not long before reading “Rusty Brown”; the film offers a comparable obsession with specific yet arcane details of a time and place, in Tarantino’s case, his Los Angeles of 1969. But Tarantino’s film is all surface; the story lacks deeper emotional currents while Ware’s book is so much more, a deep exploration of the essence of being human. You’ll admire the extraordinary artwork and attention to such details, but you’ll also be moved to your core by the writing.

We conversed with Ware via email about the new book. 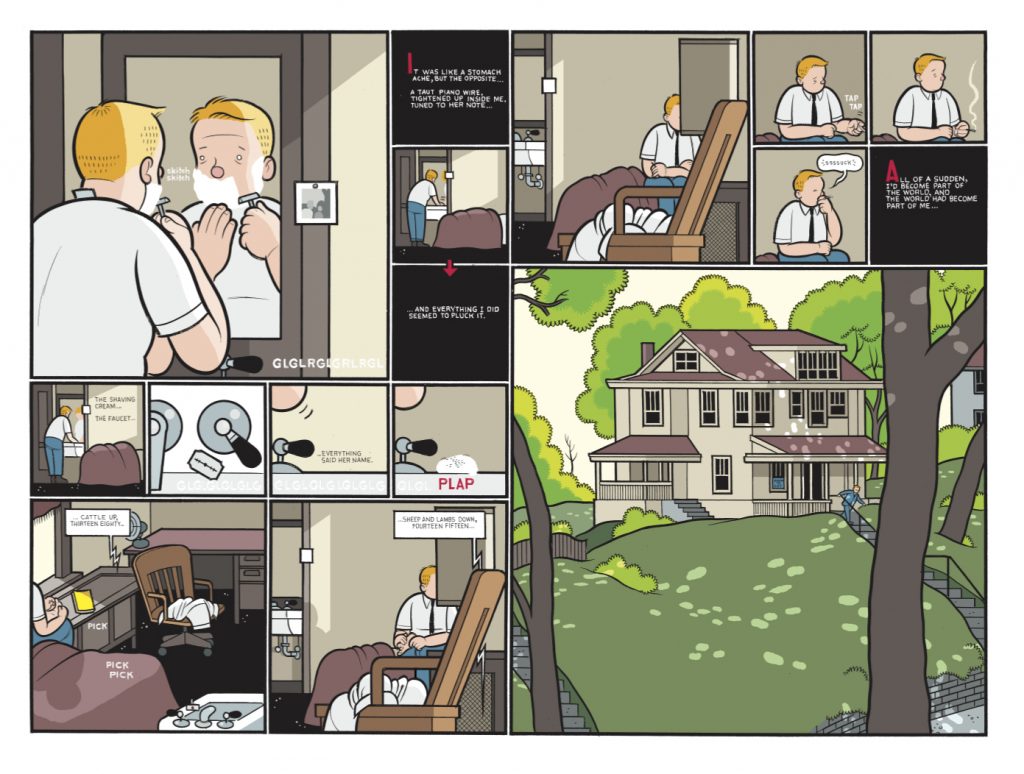 You do so much with the passage of time in “Rusty Brown,” and it becomes a device that adds a layer of melancholy to many of the stories. I’d love to hear your thoughts on that.

Well, that’s really the engine behind it all—the passage of life and leaving behind of moments, places and people in life. Yet at the same time we can call up memories of all these things hundreds if not thousands of times a day, somehow “seeing” things while driving or walking or conversing with others that happened minutes or decades before, the images easily and comfortably co-existing with what we think of as present experience. This phenomenon/ability/superpower is at the very core of what makes us human, yet we hardly think a thing of it or even really notice it. Even as I write this I can easily imagine riding my bike to the old Chicago Avenue offices of Newcity (on deadline) and anxiously cutting the color separations for that week’s strip in the office, seeing the hallways and the desks and all the people who worked there. But how? I have no idea. Aside from our bodies, it’s also all we really “have,” the single thing we carry from our childhoods to our deathbeds.

Did you have the whole story in your head when you started or did it evolve over the years as you created new chapters and refined earlier ones?

I had an idea what I thought it would be about, but I also thought I knew what my life would be about when I was twelve. To me, the best books resist easy explanation or summary and so whenever this one was headed toward convenient coherency I’d deliberately knock it off track. My manner of writing is with pictures, and one which unconsciously suggests what will happen in the story based on whatever it was I just drew. Again, I believe this analogous to life, which is essentially adapting to changing circumstances, and doing the best one can without having any idea what it’s about. 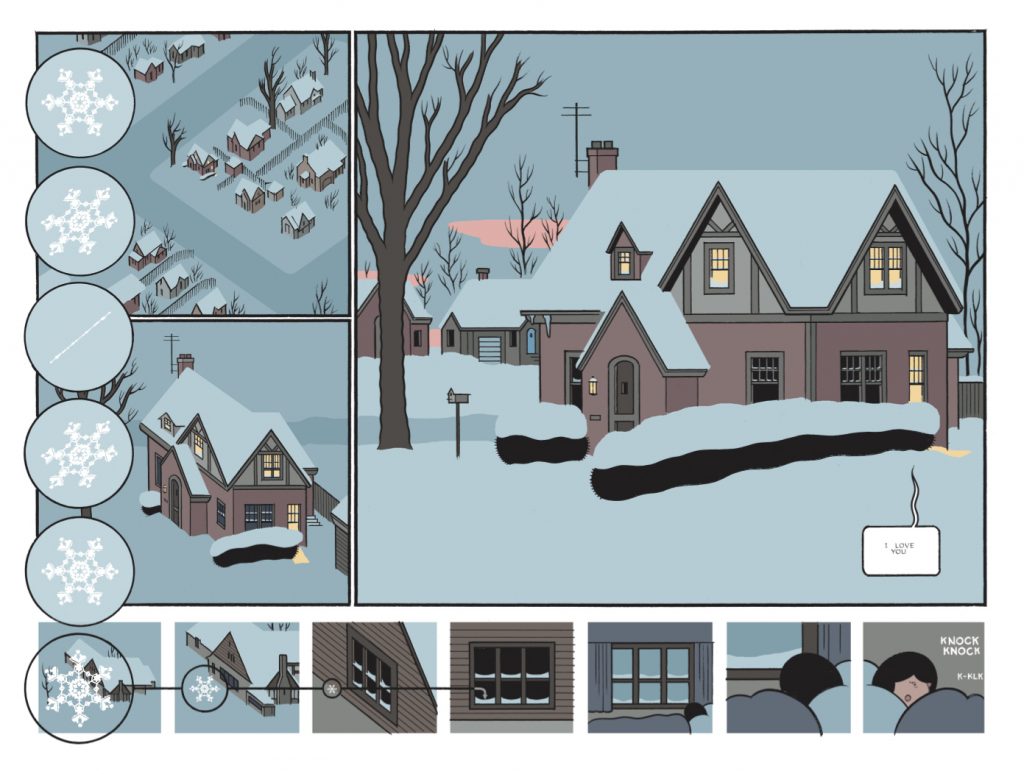 Autobiographical elements are a touchy subject for novelists, but you overtly draw from your own childhood by setting the work in your hometown at the time you were a schoolchild and, notably, inserting a “character” named Chris Ware who physically resembles you into the narrative. The level of detail in aspects of your story, from the interests of your characters in things like banjo history to the pulp sci-fi periodicals that were once prevalent to assorted period arcana to a depiction of what I remember about going to school in Nebraska at about that same time—it was like you were drawing from the photo album of my memory—is simply remarkable. To what extent does this spring from your memory? Were connections to your own life consciously constructed or did they more organically arise for you?

Well, you’re very kind, and you are also obviously my ideal reader so I have to accept your compliments with a very large grain of Nebraska salt. But there’s simply no way that any book is not in some way autobiographical, since every idea, word and image in it has somehow filtered through the artist/writer’s mind to find its way onto the page, either as a memory or as an experiment or as an aspiration. But yes, one of my aims was to try to evoke as redolently as I could the sensations of my childhood, even if the reader’s personal experience was wildly divergent, and it almost certainly is going to be. (Though not, apparently, in your case. Sob!)

I did very carefully try to reconstruct spaces, scenes and smells, though that was really more a matter of gathering them all together as I remembered them, since one recollection would naturally lead to another. The process was no different from what we all do every night while falling asleep: remembering, worrying, anticipating, regretting, etc. I just happen to draw pictures of it.

He’s just the biggest jerk in the book, and I figured I might as well own him as much as possible, even if whatever his convictions and beliefs are have nothing to do with mine. Incidentally, those pages were drawn for your publication way back in 2002, which is sobering. 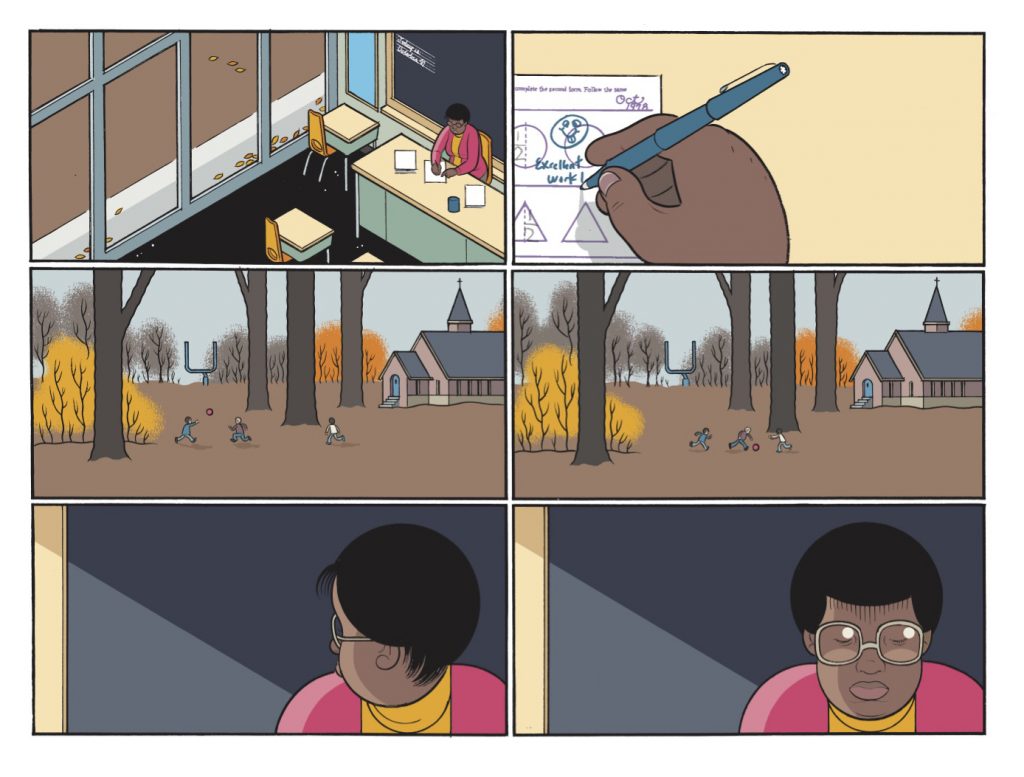 After writing about two white male characters in the first two-thirds of the book, the third is an African-American woman living at a time of even more pervasive racism than now. Was it a particular challenge to write her given the distance she seems to exist from your own experience?

Yes, very much so, and along with what you asked about in your first question, it’s the main point of the story, if there is one. If America is to start to make up for the murder and theft that founded it, we need to keep finding the common point of our experiences as much as honor for our differences. I’m one of the many who inherited profound advantage, and as an artist I have to try to understand, however awkwardly and almost certainly even incorrectly, those from whom I might’ve unknowingly stolen. The role of art and the point of life really is to try to feel for if not through other people. And to paraphrase Zadie Smith, for the novelist, there’s no strict formula; it either works or it doesn’t. When it works, it’s valuable art, and when it doesn’t, it’s trash. In other words, it’s all on me.

Chris Ware will appear in conversation with Chip Kidd at a ticketed event hosted by Book Table at the 19th Century Club in Oak Park on September 25 and in a free event at Quimby’s Bookstore on September 27. 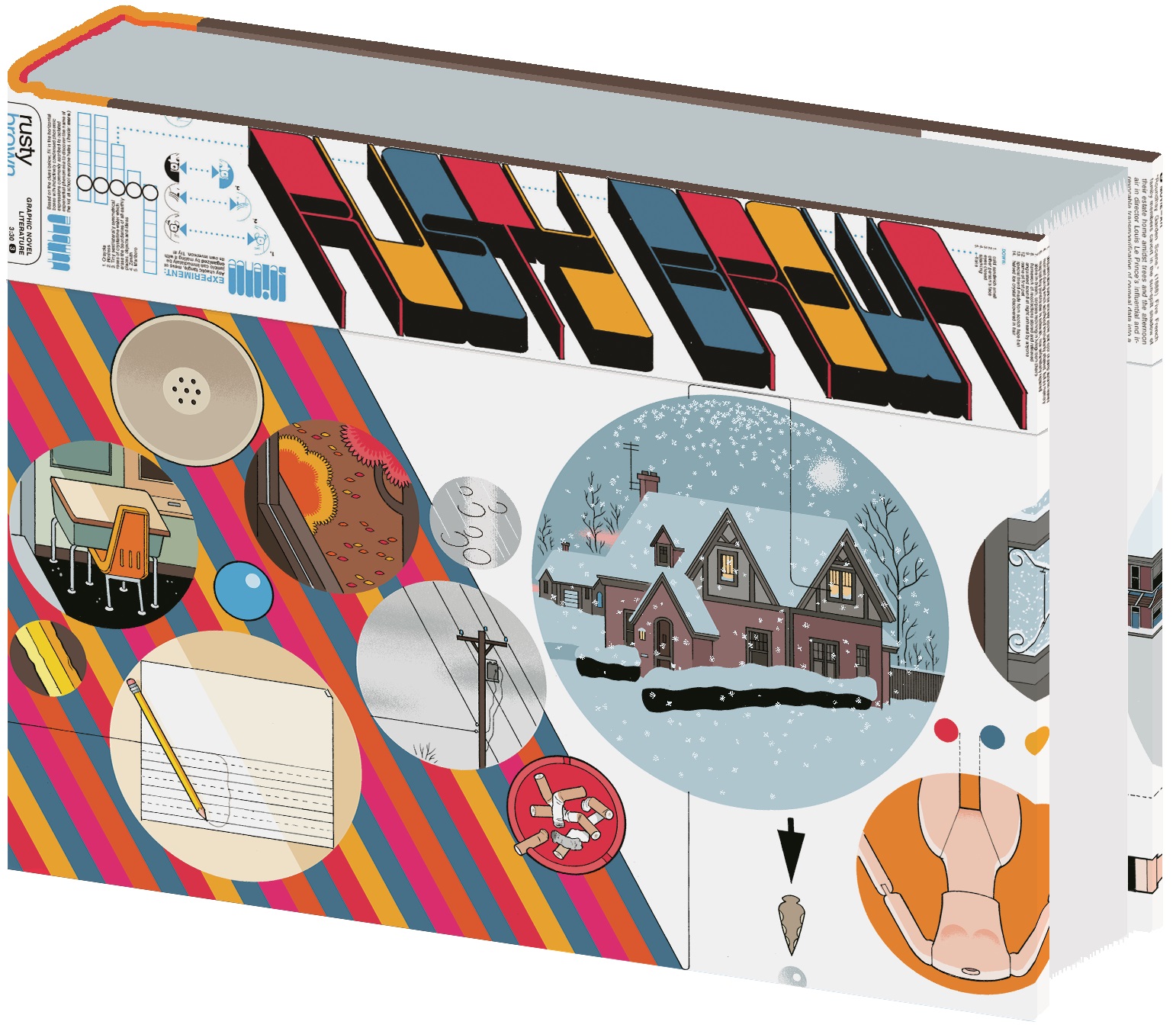