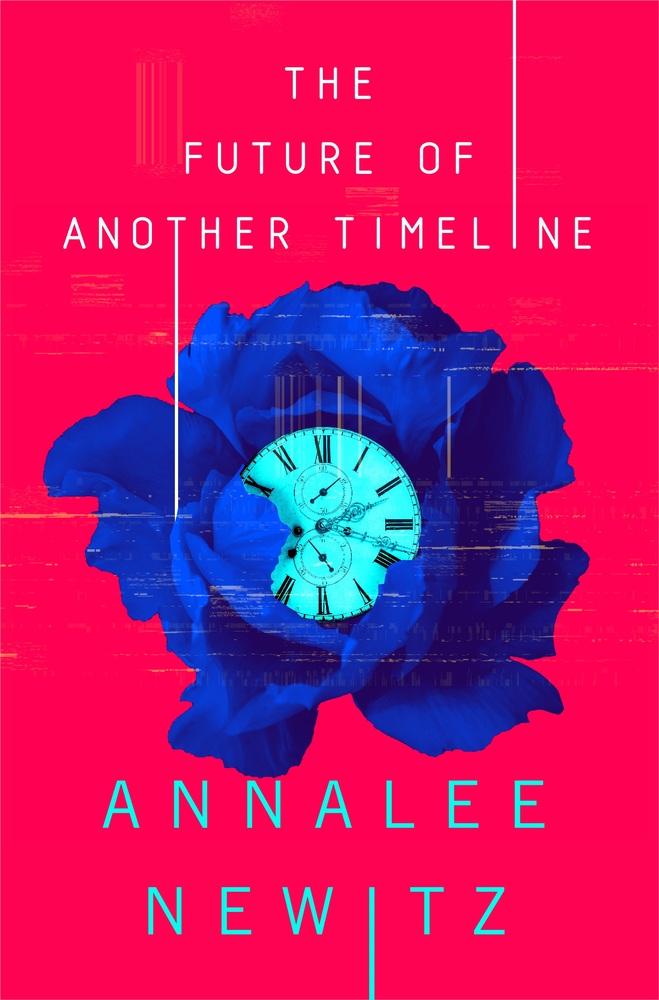 Set partially in 1990s California and partially across time (especially the World’s Columbian Exposition Chicago), former io9 editor Annalee Newitz’s second novel, “The Future of Another Timeline,” follows two women, Beth and Tess. Beth is a teenage punk, juggling an erratic father and a best friend with a habit for murdering abusers. Tess is a time-traveling geologist from 2022 attempting to edit history before misogynists do it first. Visiting a 1992 punk concert, Tess runs into Beth and is presented with an opportunity to change Beth’s tragic future, and her own past in the process.

The speculative conceit of the novel is that geologists have discovered ancient time machines around the globe and as a result time travel has become a fact across eras, including the past. Major changes to history, like preventing World War II, are seen as impossible, but interested factions can successfully make small “edits.” This edited world is neither dystopian or utopian despite having aspects of both, such as abortion being illegal in modern America and Harriet Tubman being elected to the Senate. The threat of a terrible future looms, but it’s hardly settled, as history is inherently unsettled. The good fight is worth having as a result.

Newitz’s good fight is unabashedly a feminist one, with an emphasis on racial and gender intersectionality. (Newitz is nonbinary with a trans partner.) Newitz doesn’t pretend there is ambiguity in Trump-era gender politics, made clear by the fact their antagonists sound and act like alt-right incels. Newitz leaves even less room on the subject of abortion, illustrating the result of a ban through a harrowing sequence. There is more nuance on whether that good fight should be violent or nonviolent. Tess, scarred by her violent history in Beth’s time, struggles to keep herself from throwing in with “Those who like to watch things burn.” But when the enemy she’s fighting has inherently violent goals and methods, is nonviolence viable?

“The Future of Another Timeline” might be the most political novel in a year that drops a “Handmaid’s Tale” sequel “The Testaments,” but it disproves that issue-based science fiction needs to be less fun than supposedly “apolitical” adventures. It has a high quantity of fist-pumping moments, including a broadsword and raygun fight set 500 million years in the past. Remarkably, it remains grounded as Beth’s domestic life in 1990, particularly her struggles with her father, provide down-to-earth stakes that balance the time travel thrills. It’s so good in so many ways that I doubt we live in a timeline where it’s snubbed for a Hugo.

Annalee Newitz discusses “The Future of Another Timeline” at the American Writers Museum on October 8, 6:30pm.

“The Future of Another Timeline”
Annalee Newitz
Tor Books, 352 Pages