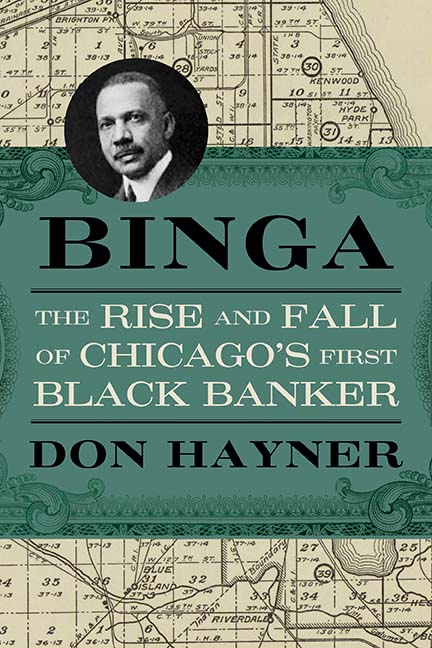 In a time when Chicago was essentially groups of small towns butted together, each populated by its own distinct ethnic group, Jesse Binga became the King of the Black Belt. Binga embodied the Horatio Alger myth of working one’s way out of poverty, but he also followed Horace Greeley’s sage advice of “Go West, Young Man” by leaving his family in Detroit while he worked as a Pullman porter based in Chicago. After several years on the rails, he traded that job security to be his own boss, acquiring a fruit pushcart for the crush of visitors attending the Columbian Exposition of 1893. With the money he earned, he steadily built a real estate empire along South State Street.

Binga expanded the boundaries of the Black Belt for its upwardly mobile residents and newcomers, using the same tactics of white realtors to block-bust and panic-peddle. Binga’s home was frequently firebombed and he was beaten. Yet he remained determined to keep the economic power of his neighborhood intact. He used profits from his real estate holdings to open his bank, which became the first black state-chartered bank in Illinois.

There was not to be a happy ending. Binga would pay a heavy personal price for success. Surviving the Riots of 1919 and the Great Depression, Binga could only watch as political and economic forces ate away at his empire, his personal life and his neighborhood. A fascinating account of a man whose mark on the history of Chicago has long been ignored, “Binga: The Rise and Fall of Chicago’s First Black Banker” is required reading for anyone wishing to know the truth about Chicago’s past.