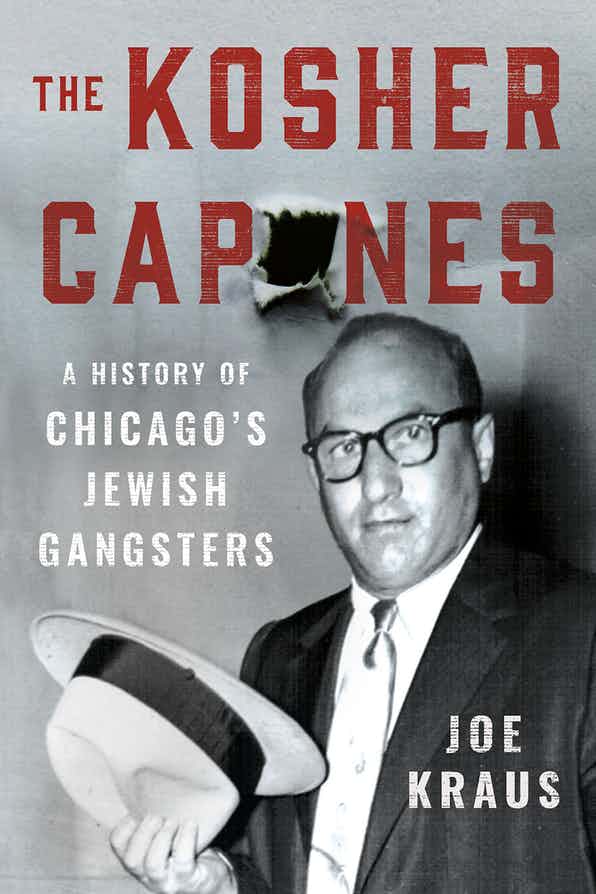 “The Kosher Capones” starts with the author’s mother asking him to “look into a rumor” about his grandfather, Max Miller. He died when she was two years old, leaving her without any memory of him. She wanted to know, why didn’t the family talk about his life, his profession, his old neighborhood or his long-dead friends? Using extensive research, anecdotal interviews of relatives and old neighbors, Joe Kraus constructs a vivid picture of the long-ignored Kosher Capones, men who should be named in the same breath as Al Capone, Frank Nitti and Dean O’Banion when people talk about the reputation of Chicago’s gangsters.

A hidden Chicago emerges from the engaging extended biographies. Kraus reveals that these men were ignored not because they were less vicious, daring or criminal. He shows that prejudice, upward mobility coupled with familial shame worked against their infamy, even in the face of irrefutable evidence. Because they were Jewish, they were ignored in the press and by the public alike.

Should you travel to the locales mentioned in the book today, you’ll be confused. How could such places breed gangsters as cutthroat, malicious and conniving as the men described by Kraus? Even the guy on the cover of the book looks like someone’s uncle in his old-fashioned dark-rimmed glasses, suit coat, hat in hand. The mildly surprised look could be because his picture was snapped while on his way to dinner in the 1950s, not as he was leaving the criminal courthouse after being on trial.

These men ruled the old neighborhood, the Maxwell Street area around Roosevelt Road and Halsted, now a fashionable stretch of mid-rise housing, restaurants and shops. However, at the turn of the twentieth century, it was where most newly arrived Jewish immigrant families landed, compressed into aging tenements, surrounded by storefronts and pushcarts, creating a stretch of chaos, entrepreneurism and crime. Using their brawn, brains and guile, the Kosher Capones carved out their pieces of Chicago’s extortion, prostitution, bootlegging and gambling pies. As the immigrant population of Maxwell Street prospered, they moved west on Roosevelt Road to the Lawndale area, referred to as “Chicago Jerusalem.” In its heyday, the new Chicagoans surrounded Douglas Park and Garfield Park with synagogues, scores of well-appointed homes, spacious apartment buildings, hotels, theaters and commercial spaces. The Kosher Capones went right along with them.

Along the commercial strip at Kedzie and Roosevelt, west of Douglas Park, the restaurants, drugstores, hardware stores and other business storefronts provided legitimate services in plain view with illegitimate services above, behind or under the commercial venues. Today, they have been replaced by a hodgepodge of minimized strip-mall storefronts sitting amid remnants of the ancient buildings not ravaged by the race riots of the 1960s.

The world that Zukie the Bookie, Julius Lovin’ Putty Anixter, Fat Herbie Blitzstien, Frank Lefty Rosenthal, and the author’s relatives, the Miller Brothers, inhabited has been resurrected before disappearing altogether. As a West Side baby boomer, I want to say “Thanks, Joe Kraus, you explained a lot about the old neighborhood.”