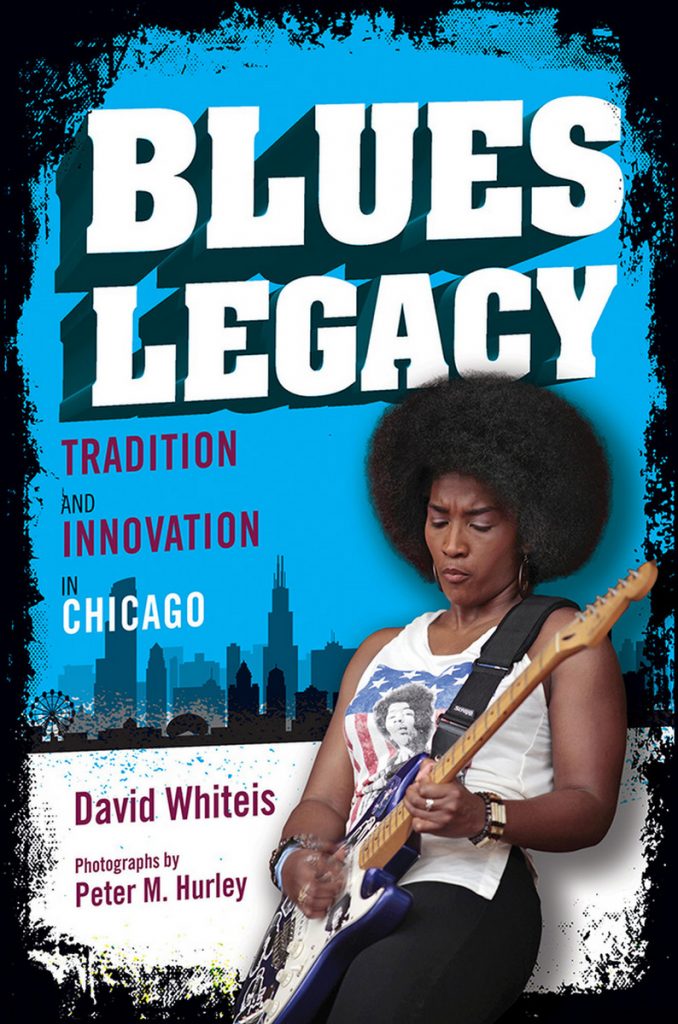 “Blues Legacy: Tradition And Innovation In Chicago” is David Whiteis’ third book on the blues. He weaves the stories of Chicago bluesmen (and women) including the late, the great, the front, and side players. However, thinking that “Blues Legacy” is an alphabetic gallery of artist vignettes decorated by high-school yearbook photos is the worst assumption you could make. David Whiteis’ writing pulls you in exactly as sounds spilling out of a blues club on a summer night would pull you off the sidewalk to listen. He doesn’t divorce himself from the narrative, which gives this work an intimacy, never letting it dissolve into an academic assignment.

The tone of the writing alone lets you know that David Whiteis knows the struggles of these men and women, and appreciates what they had to suffer to keep the music and themselves alive. His at-length discussions with them allow him to liberally quote them, opening up facets to readers about blues culture that usually only insiders are privy to.

There are three sections; the first, “The Bequeathers,” is populated by bluesmen who have recently died. Many did their last interview with David. He grieves openly because they did not have the opportunity to experience this book. The second, “The Council of Elders,” profiles players whose careers go back to the postwar era of the 1950s and many from the 1960s. Many of the artists in this section are the children or relatives of the musicians in the first section. He considers them the bridge between the past and the future, people who carried on the music when tastes, the recording industry, and America were changing. These are the folks who persevered in the face of the British Invasion, the beginnings of rock ‘n’ roll, and other, newer forms of music. The last section is “The Inheritors” and extends to the men and women playing today. They have learned from the earlier artists, and are now advancing blues techniques, songs and culture.

We may never again create that gritty, gutbucket sound of the early blues because the world around the blues has changed, but the blues will evolve and continue because it is the call to battle for overcoming cruelties in an unjust world. As long as there is pain, someone will sing, and play, the blues.