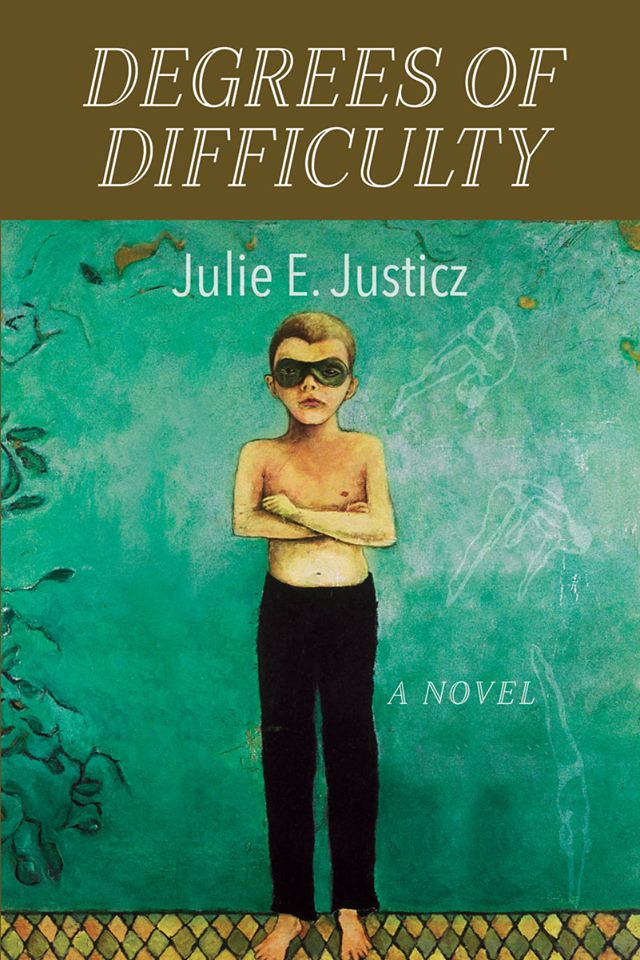 Every family faces challenges, but in “Degrees of Difficulty,” the debut novel by Julie E. Justicz, the Novotny family seems to have more than they can bear. Ben, a child with a severe mental disability and frequent seizures, has needs that are barely met by his parents. Although Ben’s teenage siblings seem to inherently understand that Ben is happier and healthier at home, his well-meaning father is on a continual search for the perfect institutional placement for his son. Needless to say, the local school was woefully inadequate for special-needs children, “a highly inappropriate, cross-categorical special ed room: kids ranging in age from fourteen to eighteen, some with evident intellectual deficits, others socially maladjusted or emotionally disturbed.”

Ben’s dad thinks about the long view—who will care for his son after he and his wife eventually pass away? At least in an institution, Ben will have a community, he reasons. Ben’s mother, whose best is simply not good enough, loses touch with her husband and all of her children, and Ben’s siblings deal with the guilt of having been dealt a better hand than their brother. Hugo sacrifices his time and successful career path to provide the extra care his brother desperately needs. Ivy resents both her brothers, Hugo for his saintly behavior, Ben for his wild shrieks, his terrifying seizures, how the universe of their family orbits around him. “She hated them almost as much as she hated her own awful thoughts.” Justicz writes from the perspectives of Ben’s mother, father, sister and brother, but never, crucially, from the child around whom most of the story orbits.

Ben is essentially nonverbal. He utters a “guh” that the family interprets in a small number of ways and has a smattering of simple signs. Although Ben’s interiority largely remains a mystery, he has a puckish personality and is no mere token character. A huge build-up to a Catholic institution in Chicago that seems like the answer to all the family’s problems simply drops away at the end of a chapter. It echoes the way events unfold in our own lives; sometimes we work feverishly toward things that simply don’t work out.

Justicz emerges as a master storyteller in what is left unsaid, not just by her characters but in the narrative as well. What the author makes immensely clear is how fragile Ben’s life is. Each seizure feels like a heart-stopping moment. Caretakers range from inept to violent. Although not necessarily a novel about how ill-equipped our society is to aid the most vulnerable among us, Justicz, who works on civil rights issues in Chicago, can’t help but illuminate that very fact. Self-hating, ambitious Ivy emerges as the most interesting character. She has the most to grow emotionally; she’s been disappointed by her family countless times. This heartbreaking, loving novel about a family struggling to survive offers a redemptive opportunity for them to finally connect.

Julie E. Justicz will discuss “Degrees of Difficulty” with Rosellen Brown at The Seminary Co-Op Bookstore on January 29, 2020 at 6pm.