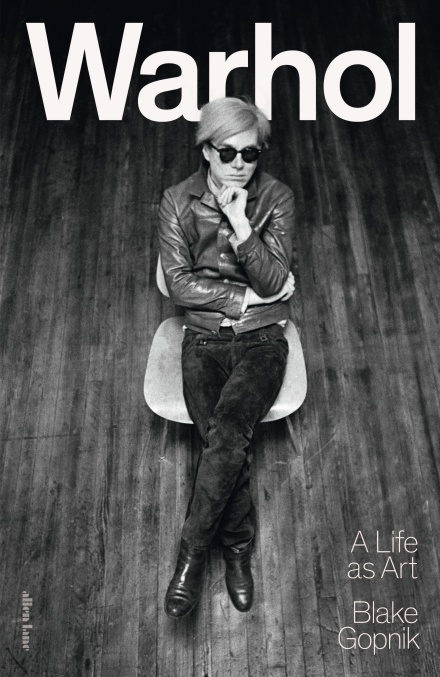 Blake Gopnik begins “Warhol” in media res, when the Andy of the title (born Andrew Warhola) was caught up in what one critic considered his greatest work: his attempted assassination, carried out by radical feminist Valerie Solanas. Warhol’s miraculous salvation at the hands of surgeon Giuseppe Rossi sets the tone for this massive new biography. A well-written, deftly dishy read, “Warhol” reminds us that there’s more to Andy than met the eye.

Warhol’s platinum wig, sunglasses and subclinical consumerism concealed a thoughtful mid-century intellectual. This side of Andy extended to his many felicitous connections. Every artsy teenager knows about his work with Lou Reed and The Velvet Underground, but how many people are aware that he shared his second New York home with anthropologist Franz Boas’ dance-therapist daughter, Franziska?

Gopnik’s source material includes roughly 100,000 period documents as well as more than 260 interviews with Warhol’s associates, including several former lovers. Writing decades after Warhol’s death, Gopnik can strongly, repeatedly and convincingly emphasize the importance of his sexuality to understanding his art. The once-suppressed details of his personal life, although occasionally salacious, ultimately serve to humanize Warhol, the estranged son of working-class Pittsburgh and Carpatho-Rusyn peasantry.

Gopnik’s deep knowledge about his subject affords him license for speculation. Occasional “mights,” along with strangely definitive “musts,” enrich Gopnik’s interpretations of Andy’s thinking—sometimes, perhaps, for the sake of drama (Warhol’s final visit to his favorite restaurant for a frozen hot chocolate, made before the gallbladder operation that unexpectedly ended his life, seems weightier when Gopnik presents it as a kind of camouflaged Last Supper). Along with Gopnik’s psychologizing, these flights can verge on the excessive, simultaneously mystifying and flattening the artist. Thus Gopnik takes aim at those who emphasize Warhol’s engagement with religion, rescuing him for 2020 as a pious, basically secular Leftist with a weird thing for crystals. When Gopnik questions why a so-called Catholic would do good deeds at an Episcopal church, a different reader might psychologize more cautiously and charitably; perhaps Andy, like many other people, had mixed-up beliefs but generally became more spiritual as he got older.

Warhol’s many-sidedness is a gift to critics, Gopnik among them. For any negative interpretation of something Andy did, there exists an equal and opposite positive interpretation. A bad Warhol movie like “L’Amour” is actually a brilliant and timely take on bad movies; Warhol’s Superstars, although sometimes cruelly handled, are a bold extension of Duchamp’s “found object”—the “found person.” The underlying morality of Andy’s sixties scenes is not so crude as “might makes right”; “cool rules,” however, seems little better. Gopnik shows us much of this ugliness, but never more than a page or two from some aesthetic redemption.

Yet “Warhol” never crosses the line into hagiography. Gopnik does much to accommodate his subject’s complexity (complexity, though superficially un-Warholian, is usually more interesting than simplicity). Offending more critics than we remember as he zipped from highbrow to lowbrow when those categories actually meant something, Warhol feels like a forerunner of genre-busting controversialists like Kanye West. As one of his collaborators explained, “Andy wanted to be Louis B. Mayer and Jean-Luc Godard at the same time.” If Andy had lived a little longer, he might have gotten closer to that goal.

Sometimes good and rarely evil, Gopnik’s Warhol comes down to us as a great and, nowadays, inescapable American artist.

Nathan Worcester lives and writes in Chicago. A University of Chicago graduate, he is managing editor of the New Art Examiner. Twitter: @theworcesterest. YouTube: Nouveau Chicago.