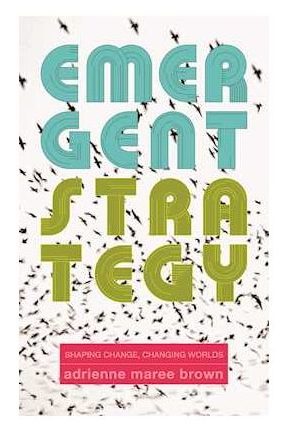 In many of the timely reading lists of the current moment, there is an absence of books that speak to people who experience the brunt of racism, policing and health-care discrimination. As the relaxing of shelter-in-place begins, even as a second wave of COVID-19 is anticipated, here is a short list of books speaking to readers who experience racism, rather than those who are unlearning it.

“Emergent Strategy”
by adrienne maree brown
In this book, brown looks at the patterns of adaptation that occur in nature, but she also re-envisions what organizing can look like in the twenty-first century. The influences of science fiction and Grace Lee Boggs are evident.

“Beyond Survival: Strategies and Stories from the Transformative Justice Movement”
edited by Ejeris Dixon and Leah Lakshmi Piepzna-Samarasinha
In this book, the contributors look at various inclusive, community-based approaches to addressing violence without prisons or policing, but through accountability.

“The Unapologetic Guide to Black Mental Health”
by Rheeda Walker
As activists in Chicago protested on behalf of Laquan McDonald, one of their requests was for more mental health care in the city’s Black communities. There have been books by Frantz Fanon, Bobby Wright and Joy DeGruy that address the psychological concerns of Black people, and this accessible book may help with starting to address some of the mental health issues that Black people face.