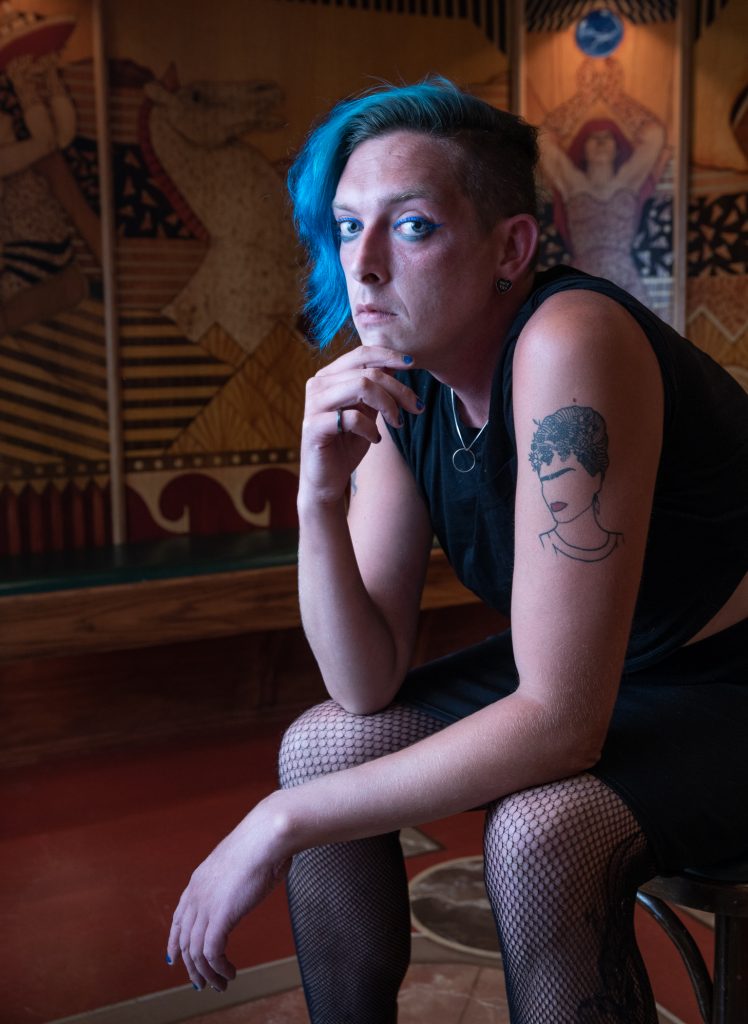 50
C. Russell Price
C. Russell Price is a genderqueer Appalachian punk writer originally from Virginia who now lives in Chicago. They are a Lambda Fellow in Poetry, Ragdale Fellow, Windy City Times “30 Under 30” honoree, essayist and poet. Their chapbook “Tonight, We Fuck the Trailer Park Out of Each Other” was released by Sibling Rivalry Press in 2016. Their full-length poetry collection “oh, you thought this was a date?!: APOCALYPSE POEMS” explores sexual assault survivorship and queer liberation. Recently, they were excited to say that they think they are “finally done with the DOOMSDAY book!” Price is at work on the essay collection, “Everyone’s Doing It; They Just Aren’t Telling You.” 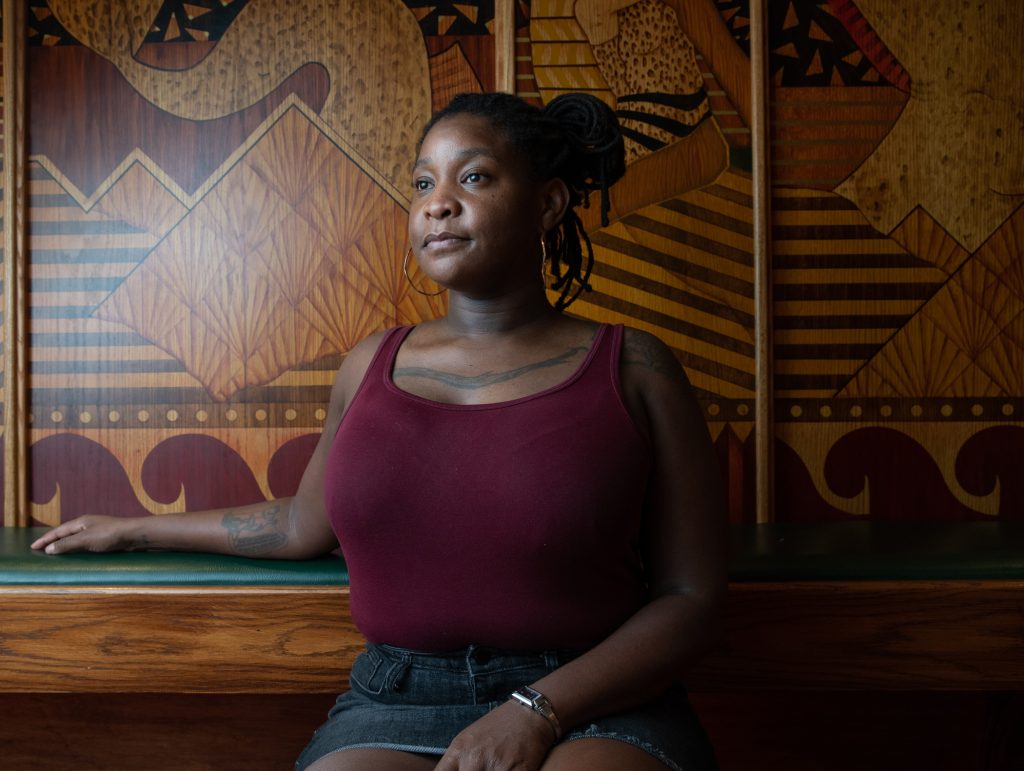 49
Maya Marshall
Maya Marshall is a poet, a reviewer at RHINO, and an editor at Haymarket Books. Marshall also co-founded the poetry online resource underbelly with Marty McConnell. Marshall has been a fellow at multiple writing communities, including Callaloo, Cave Canem, the Watering Hole, MacDowell Colony, and as an alumna of the Squaw Valley Community of Writers. Her writing appeared most recently in Blackbird, Jasper and The Volta. 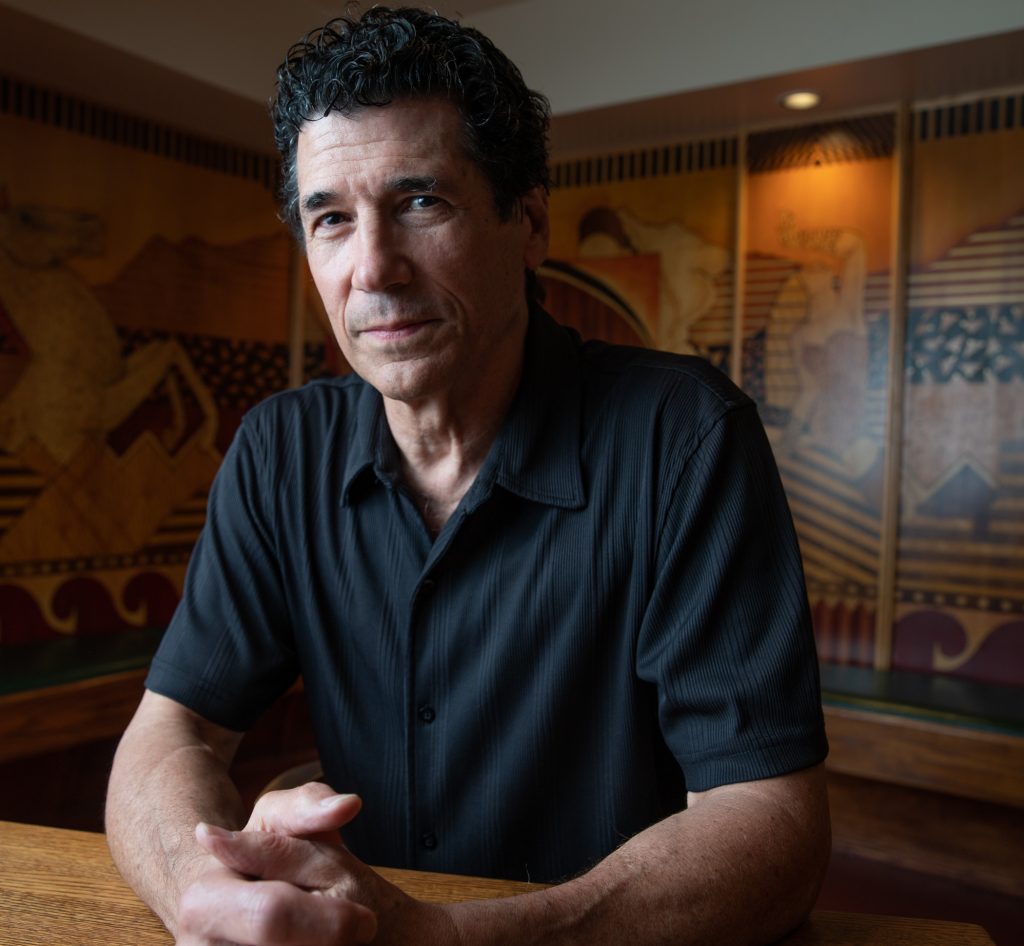 48
Mike Puican
Mike Puican has published poems in Bloomsbury Review, Crab Orchard Review, New England Review and Poetry, and his work has been featured on WBEZ. Puican was a member of the 1996 Chicago Slam Team and holds an MFA in poetry from Warren Wilson College. A longtime board member of the Guild Literary Complex, he has been deeply involved in supporting and promoting other Chicago writers. Puican also leads poetry workshops at St. Leonard’s House for formerly incarcerated men and at the federal Metropolitan Correctional Center in Chicago. His debut full-length poetry collection, “Central Air,” will be published by Northwestern University Press this year. 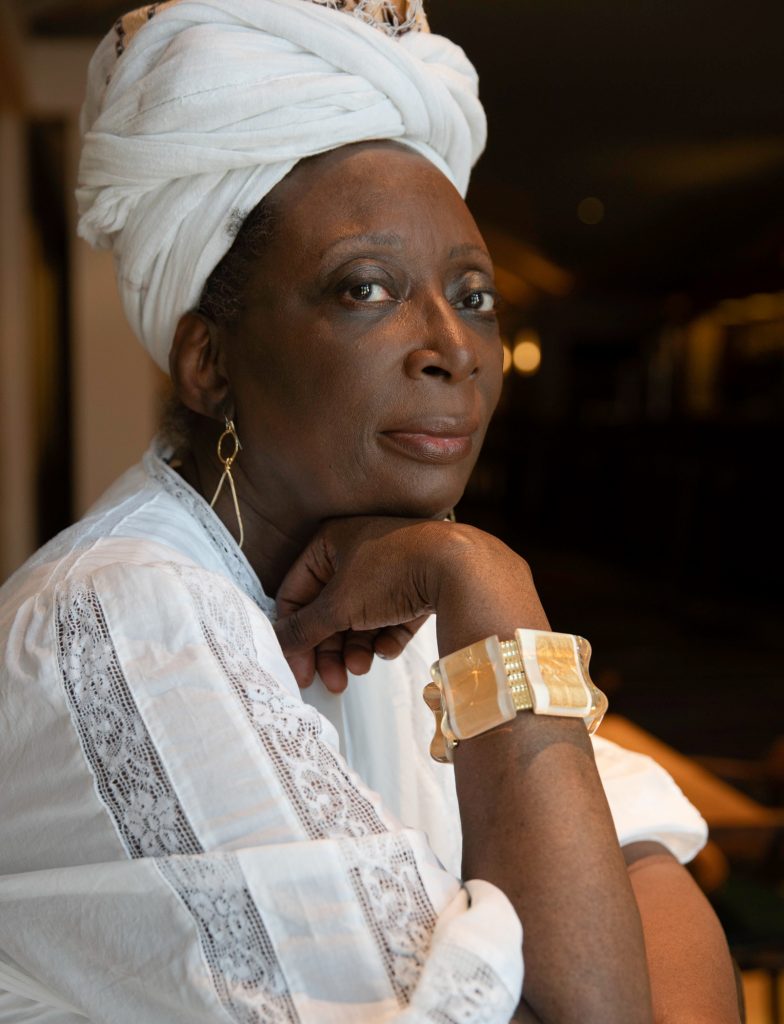 47
Sandra Jackson-Opoku
Sandra Jackson-Opoku, author of “The River Where Blood was Born” and “Hot Johnny and the Women Who Loved Him,” is sheltering at home instead of traveling to writing retreats around the globe. But Jackson-Opoku was still the winner of the City of Chicago’s first 2020 Esteemed Artist Award for literary arts and was published in the Anthology of Appalachian Writers and “Both Sides: Stories from the Border.” Although she says she is not as prolific as she would like to be right now, Jackson-Opoku is working on a series of cozy mysteries, “Sweet Potato Crimes,” set in a soul food restaurant, and a children’s book about civil rights. 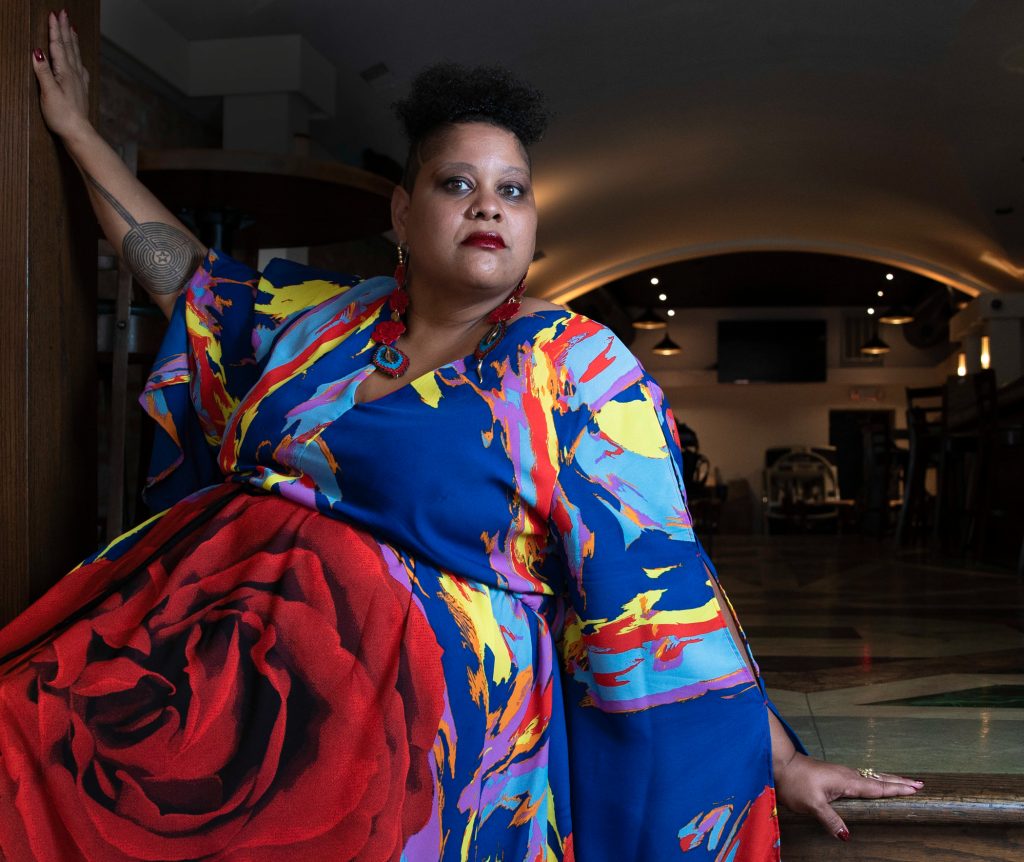 46
Nikki Patin
Nikki Patin is a writer, performer and educator whose practice addresses issues of body image, sexual assault and the needs of the LGBT community. She is the creator of Surviving the Mic, an organization dedicated to creating safe spaces for the creation and telling of stories of survivors of all kinds of trauma, with a focus on Black- and female-identified survivors of sexual and domestic violence. Nikki holds an MFA in Creative Non-Fiction from the Stonecoast MFA Program at the University of Southern Maine. Patin is synthesizing her writings into a one-woman show, “Labyrinthine,” and has a memoir in the works.

45
Srikanth (Chicu) Reddy
Srikanth (Chicu) Reddy is a poet, literary critic and occasional translator who studies poetry across a range of forms, historical periods and regions. A University of Chicago professor, his latest, “Underworld Lit,” is a long narrative poem cast as lecture notes for an imaginary course in the humanities. His previous books of poetry, “Voyager” and “Facts for Visitors,” investigate questions of displacement and unbelonging through lyric forms, such as terza rima and the villanelle. Reddy’s lectures on poetry will be published by Wave Books in 2022. 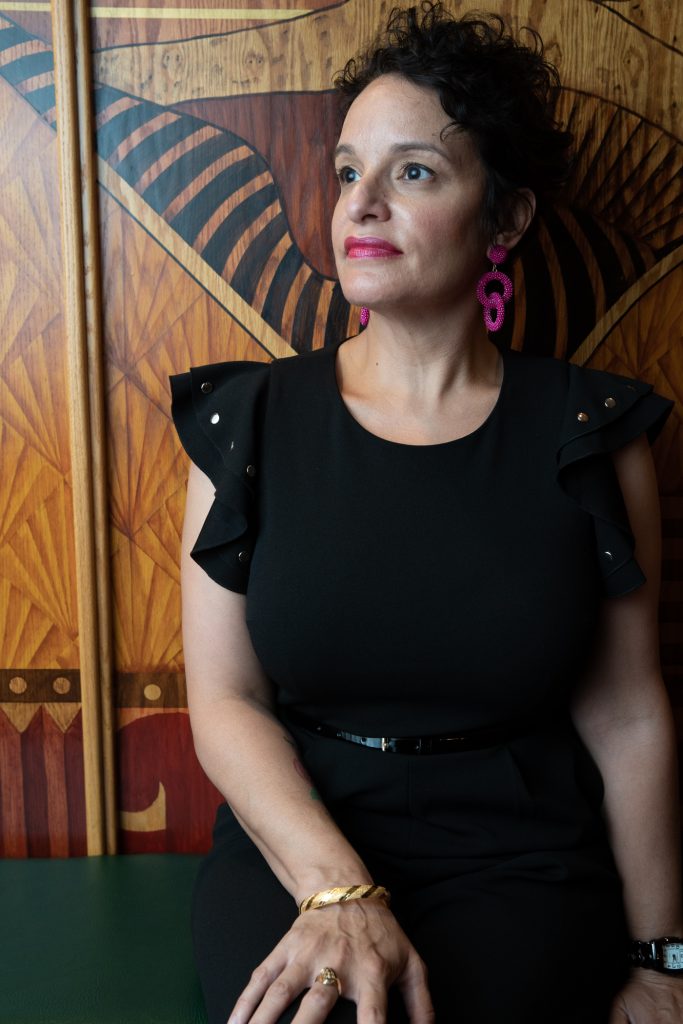 44
Sahar Mustafah
When Sahar Mustafah last appeared in the Lit 50, she said, “We need to create and expand spaces for Arab and Muslim Americans, as well as other marginalized groups—spaces where we can cultivate our own narratives, empower our youth, where we can raise our voices against hateful noise. White Americans must enter these spaces, too, and support us.” Sahar is a member of the Radius of Arab American Writers, part of the PEN American Prison Writing Program and a facilitator with the Arab American Action Network. She has collaborated with Guild Literary Complex of Chicago’s “Voices of Protest” and with Story Studio Chicago, 2nd Story Chicago, Tuesday Funk and The Frunchroom. Her second novel, “The Beauty of Your Face,” was published by W.W. Norton in 2020. 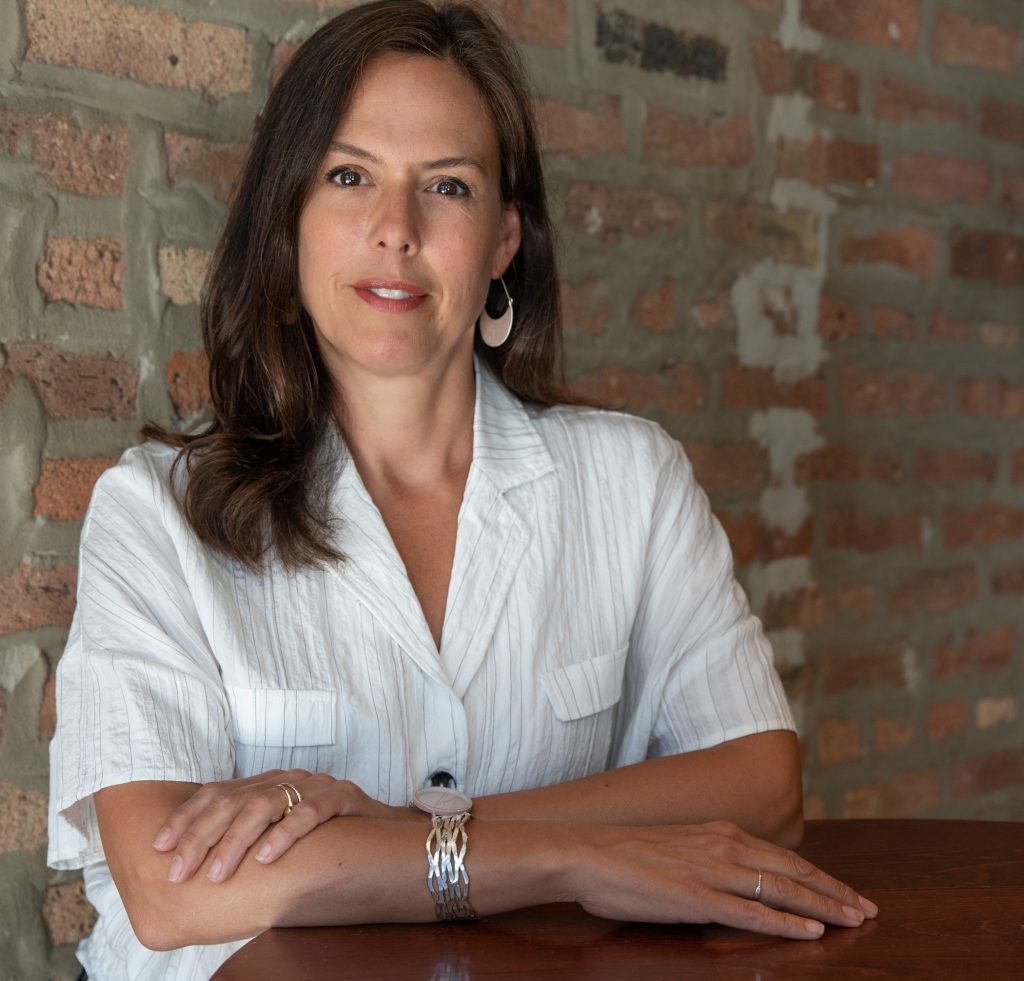 43
Rachel Jamison Webster
Rachel Jamison Webster teaches at Northwestern University and directs the creative writing program. She is the author of “September: Poems,” a cross-genre book “The Endless Unbegun,” and a forthcoming memoir about caring for her partner as he suffered and died from ALS. Webster has published two chapbooks with Dancing Girl Press, “Hazel and the Mirror” and “The Blue Grotto.” Webster’s poems, stories and essays appear in dozens of anthologies and journals, including Poetry, Tin House, Narrative, the Southern Review and the Paris Review. With her late partner Richard Fammerée, Rachel founded and directed the online anthology of international poetry, UniVerse.

42
Melanie Benjamin
Melanie Benjamin was born in Indianapolis, Indiana. An avid reader all her life—as a child, she was the proud winner, several years running, of the summer reading program at her local library—she still firmly believes that a lifetime of reading is the best education a writer can have. Her combined interests of history and biography helped Benjamin carve out a niche writing historical fiction. Her novels include “The Mistress of the Ritz,” “The Girls in the Picture,” “The Swans of Fifth Avenue,” and “The Aviator’s Wife” and were New York Times, USA Today and IndieBound bestsellers. Her first novel, “Alice I Have Been,” was a national bestseller, followed by the critically acclaimed “The Autobiography of Mrs. Tom Thumb.” Her forthcoming novel “The Children’s Blizzard,” set during the Great Plains storm of 1888, comes out next year.

41
Nick Drnaso
Nick Drnaso, born in 1989 in Palos Hills, Illinois, has gained notoriety for his 2018 graphic novel “Sabrina,” which won the Eisner Award and became the first graphic novel to be on the longlist for the Man Booker Prize. His debut graphic novel, “Beverly,” received the LA Times Book Prize for Best Graphic Novel. He has contributed to multiple anthologies, self-published a handful of comics, been nominated for three Ignatz Awards, and co-edited the second and third issue of “Linework,” Columbia College’s annual comic anthology while he continues to work as a cartoonist and illustrator.