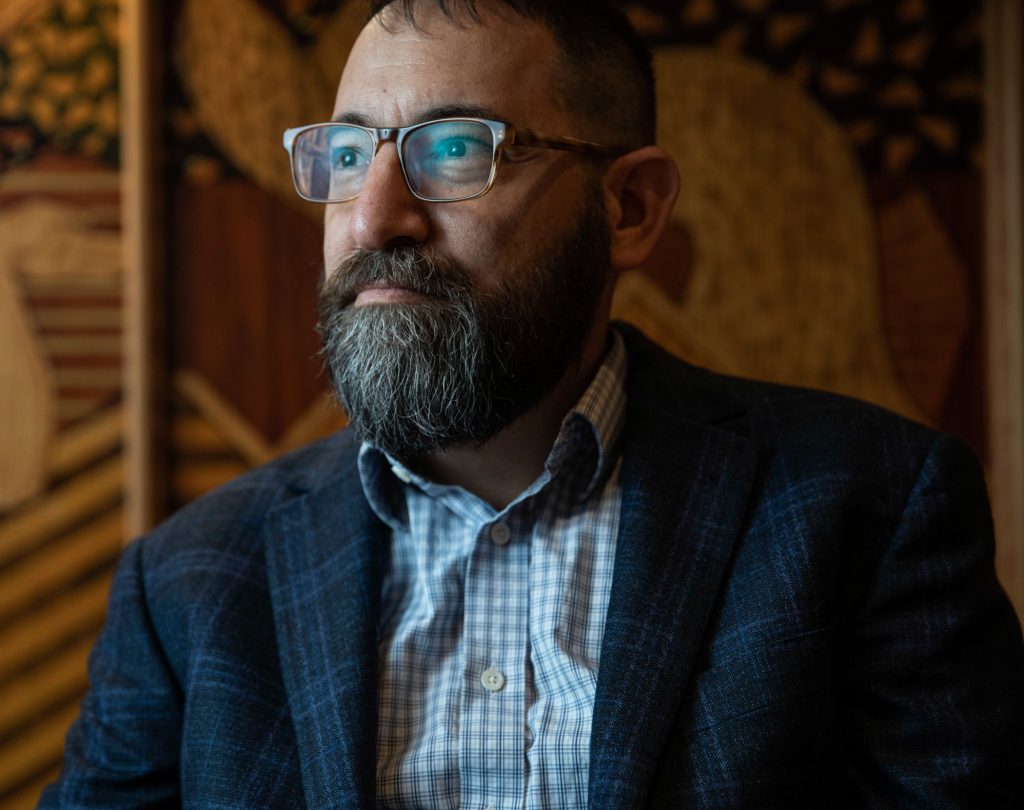 40
Rick Perlstein
Rick Perlstein has documented the lines of conservatism in American politics with a growing body of work, including “The Invisible Bridge: The Fall of Nixon and the Rise of Reagan,” “Nixonland: The Rise of a President and the Fracturing of America,” a New York Times bestseller and “Before the Storm: Barry Goldwater and the Unmaking of the American Consensus.” This month, his final installment in the series, “Reaganland: America’s Right Turn 1976-1980” is released at a door-stopping 1120 pages. A contributing writer to the Nation, former chief national correspondent for the Village Voice, and a former online columnist for the New Republic and Rolling Stone, his journalism and essays have also appeared in Newsweek and The New York Times. 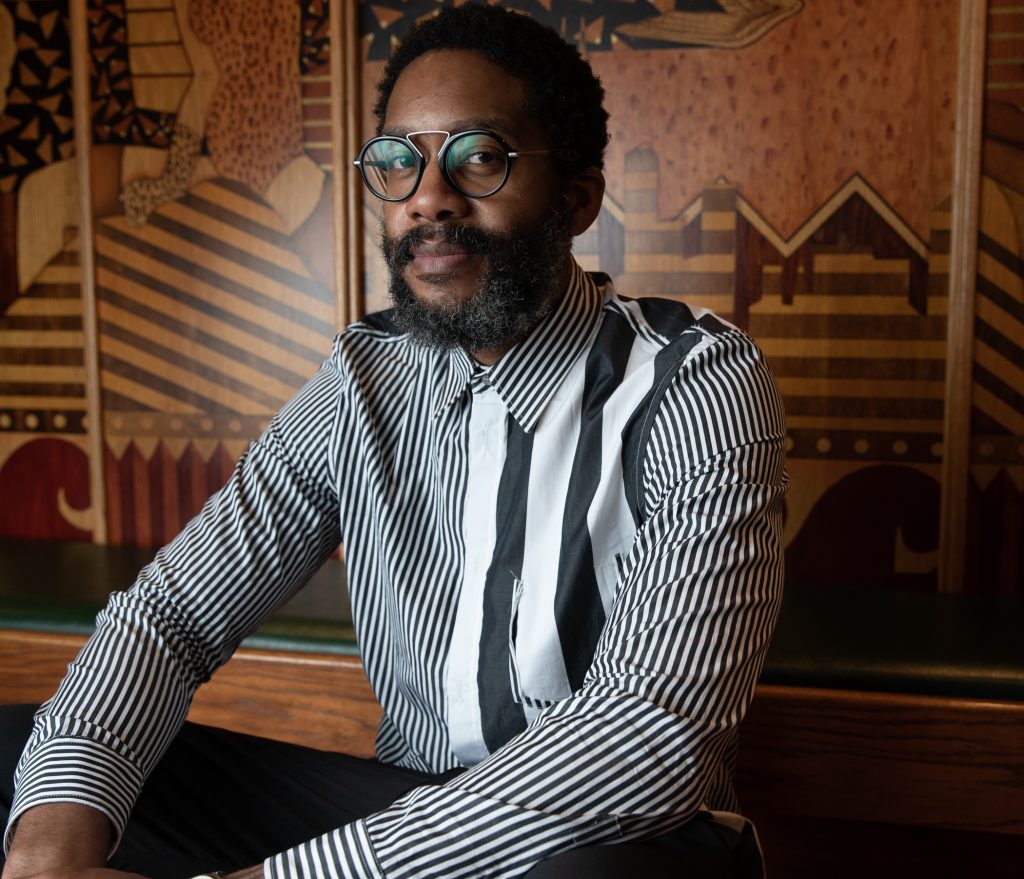 39
Mitchell S. Jackson
Mitchell S. Jackson’s debut novel, “The Residue Years,” received wide critical praise. His nonfiction book, “Survival Math: Notes on an All-American Family,” (Scribner) was published in 2019 and named a best book of the year by a range of publications, including NPR, Time, the Paris Review, the Root, Kirkus Reviews, Esquire and Buzzfeed. Jackson, who teaches creative writing at the University of Chicago, is also a well-regarded speaker who has delivered lectures and keynote addresses all over the world, including at TED conferences and at universities, prisons and festivals. 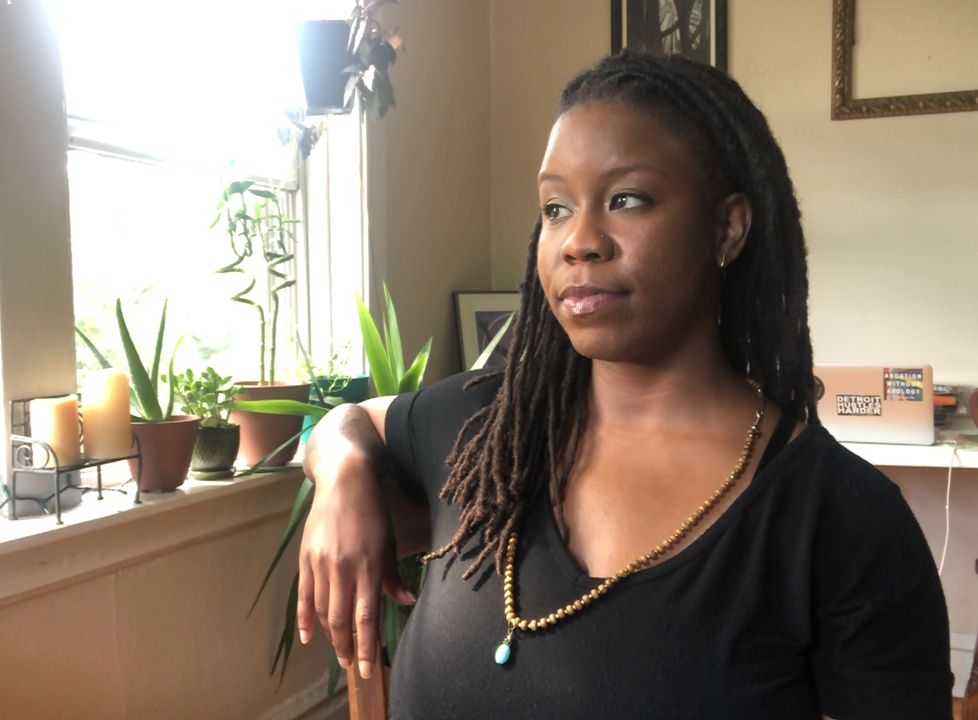 38
Aricka Foreman
Aricka Foreman is an American poet and interdisciplinary writer from Detroit. The author of the chapbook “Dream with a Glass Chamber,” she just released her full-length poetry collection “Salt Body Shimmer.” Foreman has received fellowships from Cave Canem, Callaloo and the Millay Colony for the Arts. Foreman serves on the board of directors for The Offing, and spends her time in Chicago engaging poetry with photography and video. 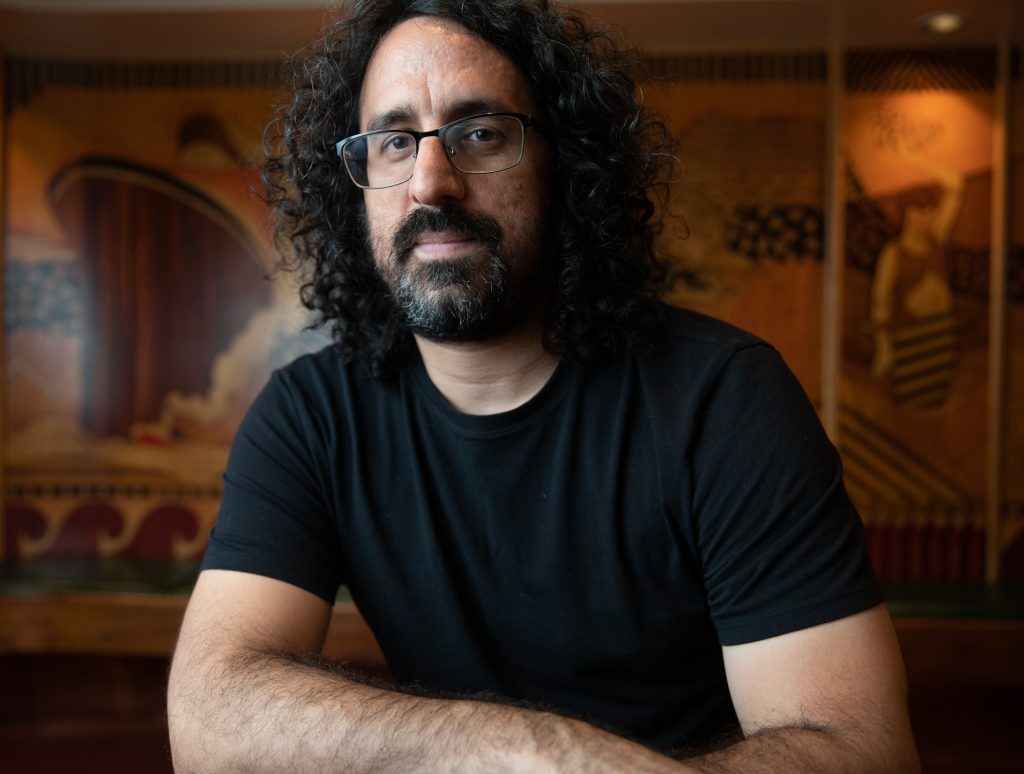 37
Michael Zapata
Michael Zapata’s stunning debut novel, “The Lost Book of Adana Moreau,” already occupies many Best of 2020 lists, and it’s a summer read for at least one Chicago high school. “I set out to write the book with only one reader in mind,” he says, “Matt Davis, a dear friend of mine who passed in 2003 and a seminal figure and musician in the Afro-Punk movement.” Whether he counted on it or not, Zapata has reached many with his words, and they’re letting him know. “I’ve also been deeply moved by Latin American, Afro-Latinx and Latinx readers who have reached out to tell me that they saw their own stories of exile and other worlds reflected in the novel,” he says. “These emails reach me suddenly, like beautiful lightning bolts.” Zapata’s at work on his second novel. In his writing space Zapata keeps a copy of Roberto Bolano’s “2666” on his desk and he listens to the same songs (Spiritualized, Ana Tijoux, Curtis Mayfield) he’s played in the background of his writing sessions for the past seven years. 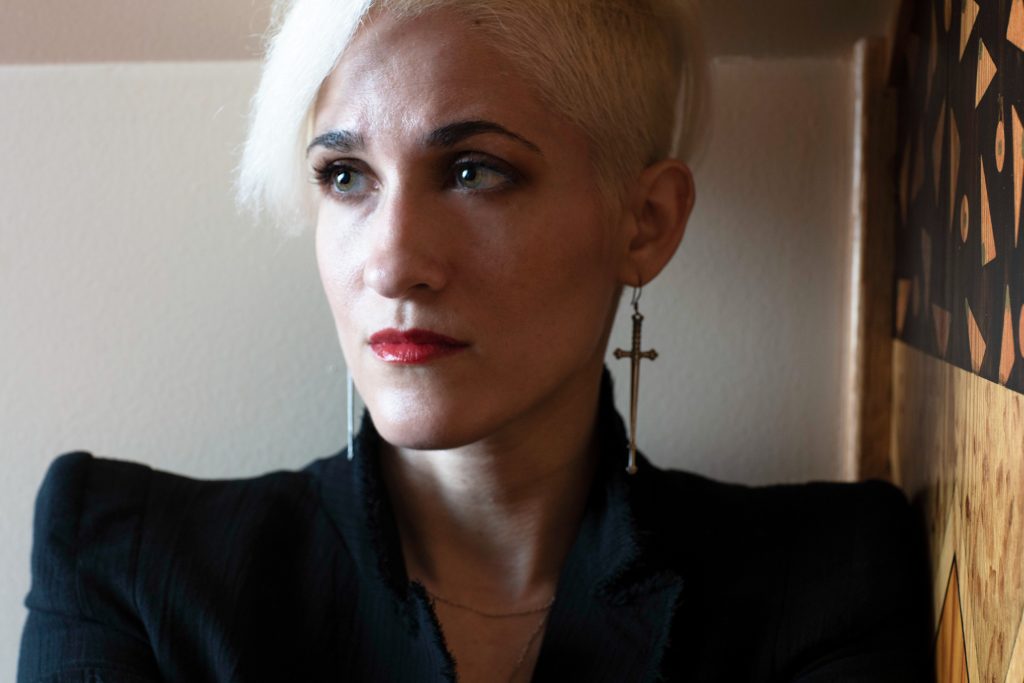 36
Maryse Meijer
Maryse Meijer writes about love and relationships, but with a twist. With what could be the quote for this entire year, from an interview at website Vol.1 Brooklyn, “Most of My Work Unsettles Me,” she says, “Horror isn’t limited to genre… real life is full of scary shit.” Each of her books “Rag,” “Heartbreaker,” “Northwood,” and her fourth, the novel “The Seventh Mansion,” scheduled for a September release, are investigations of the underside of love. As part of the Hyde Park Players, she acts and admits to enjoying the snow, which from a former Californian, is high praise for Chicago.

35
Jasmon Drain
Jasmon Drain is the author of the debut story collection “Stateway’s Gardens,” a tender coming-of-age story that introduces readers to Tracy, a boy with a touching relationship to his mother and his time growing up in a Chicago public housing projects. The Chicago State University MFA alum has said that he may or may not write another book, but “Stateway’s Gardens” is definitely a good start.

34
Lauren Michele Jackson
Lauren Michele Jackson is the author of “White Negroes: When Cornrows Were in Vogue… and Other Thoughts on Cultural Appropriation.” In an essay published in New York magazine’s culture section, Vulture, Jackson talks about the ridiculousness of publishers proposing rereleases of classical novels with ethnically updated covers, but without any change to their content. Of that cancelled Black History Month campaign by Barnes & Noble, she says, “Diverse Editions was almost refreshing in how bluntly it exposed the tendency to use representation to utterly meaningless ends.” At work on a second book, Dr. Jackson, who teaches English and African-American Studies at Northwestern, is a bold voice on literature and racism. Her words can be found at the Atlantic, the Awl, Feminist Media Studies, Hayden’s Ferry Review, the New Yorker, the Paris Review, the Point, Rolling Stone, Spoon River Poetry Review, Vulture and the Washington Post. 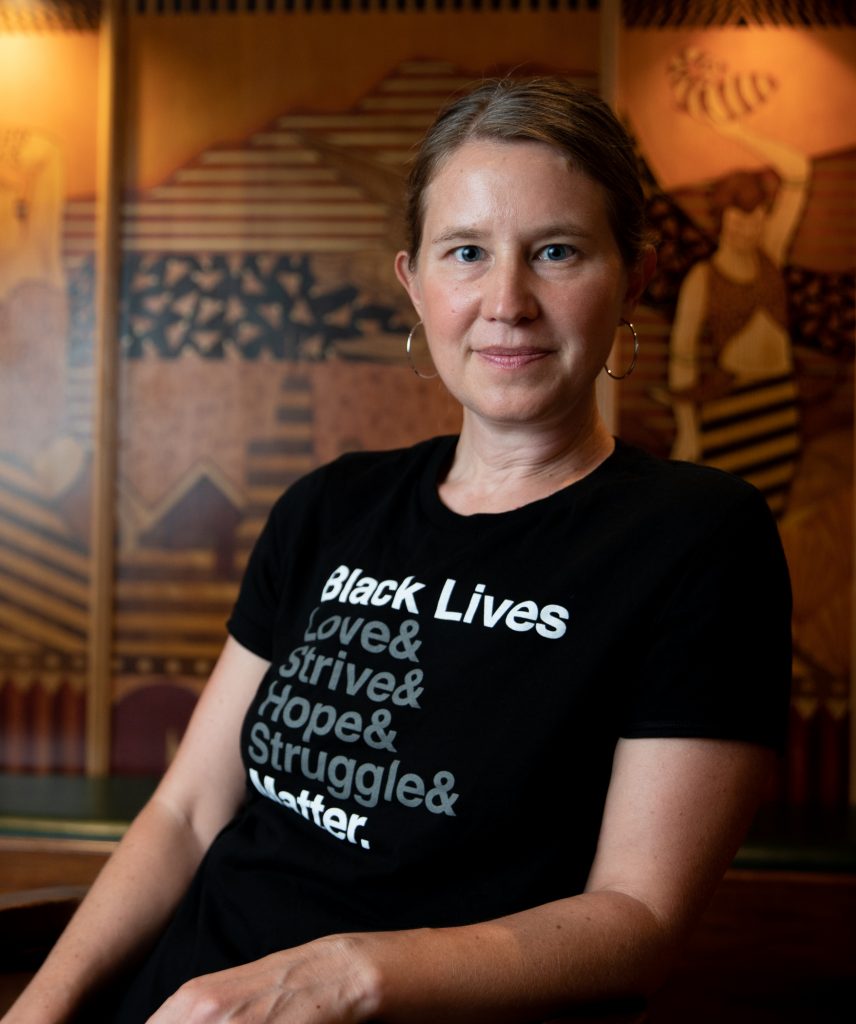 33
Eula Biss
Eula Biss’ “On Immunity: An Inoculation,” selected by Lithub as one of the “Ten Best Essay Collections of the Decade,” and the murder of George Floyd, prompted a return to Biss’ National Book Critics Circle Award-winning collection, “Notes From No Man’s Land” and her 2015 New York Times Magazine essay “White Debt.” The Northwestern University artist in residence’s next book, “Having and Being Had,” is due from Riverhead Books in September. The autobiography is part of a two-book project about ownership, class and capitalism. “I’m at work, as much as I can be without childcare, on the second book,” Biss says, “which is tentatively titled ‘Ownership.’” Prior to the lockdown, Biss was moderating book talks with authors at independent booksellers in Chicago, including Women & Children First and Pilsen Community Books.

32
Rita Woods
Rita Woods is a consummate multitasker: family-medicine doctor running a wellness center, Homer Glen library board member, mother and author. “Remembrance” is not strictly a Chicago novel, yet its Midwest setting speaks to the interplay of North and South, reality and fantasy, slavery and freedom in a mirroring that Chicagoans can relate to, especially in the way we interact with the rest of Illinois. In her debut novel, she creates four women who embody strength, endure pain—physical and psychic—and survive in surprising ways. She crafts a place called “Remembrance” and weaves it into an Afrofuturist neo-slave narrative, adding depth to the genre originated in Octavia E. Butler’s 1979 breakthrough, “Kindred.”

31
Tracy Clark
Tracy Clark works by day in the newspaper industry and writes mysteries at night. Clark is a member of Mystery Writers of America, Sisters in Crime and Crime Writers of Color. Her third novel, “Borrowed Time,” was released this spring, and she won the Sue Grafton Memorial Award. She heard about the prize via Twitter and posted her acceptance speech on YouTube because of the cancellation of the New York convention and awards banquet of Mystery Writers of America. Clark settles her Black female detective on the streets of Chicago in the Cass Raines Chicago Mystery series, which has won awards since its 2018 debut volume, “Broken Places.” She is working on the next installment.