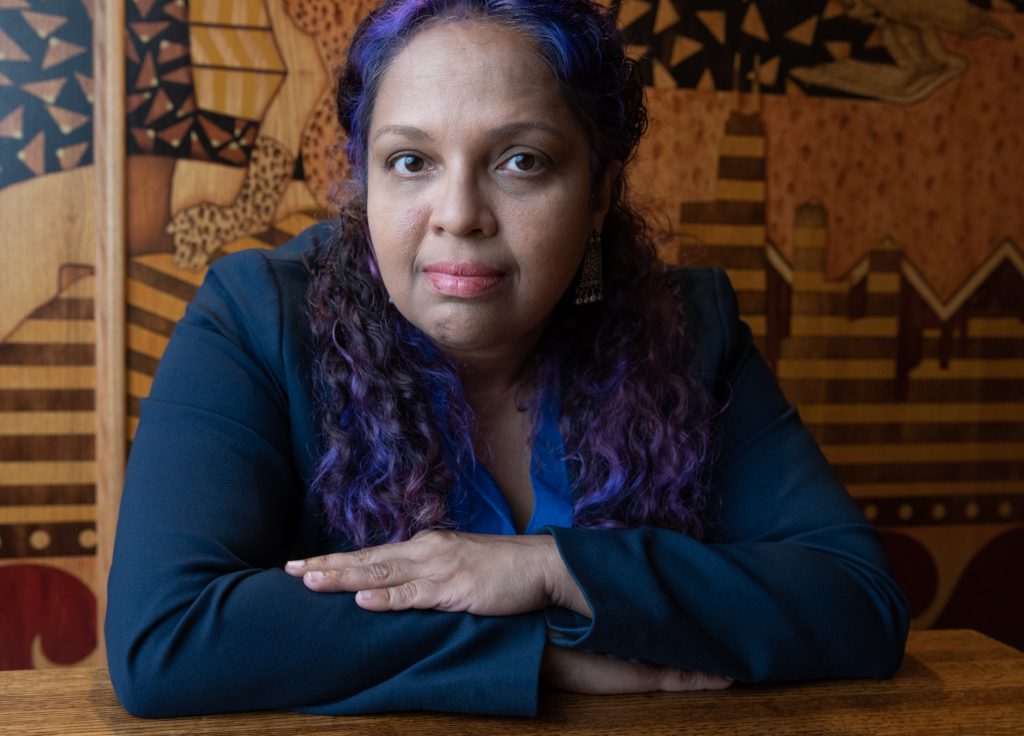 30
Mary Anne Mohanraj
Mary Anne Mohanraj is a multigenre author and professor at University of Illinois-Chicago. She is an intellect, explorer and bad girl at heart. In a recent blog post, she writes, “I need to counterbalance a little all the serious literary stuff in my brain left over from grad school and look for what brings me joy in writing. Shapeshifting teleporting dragons are total joy.” Her extensive body of work includes science fiction-fantasy, poetry, cookbooks and erotica, making this self-defined Sri Lankan-American woman a force of nature. (Her cookbooks include “A Taste of Serendib” and “The Feast of Serendib.”) Mohanraj founded Hugo-nominated and World Fantasy Award-winning speculative literature magazine Strange Horizons, and serves as executive director of both DesiLit: A South Asian Arts Foundation and the Speculative Literature Foundation.

29
Margaret Davis Ghielmetti
Margaret Davis Ghielmetti is a writer, storyteller, solo performance artist and photographer who lives in Chicago. She and her Swiss hotelier husband have lived on four continents and have visited almost fifty countries. Those travels inform her creative work, which include her victories in two Moth GrandSLAMs. In addition to her solo show “Fierce,” Ghielmetti recently released her memoir, “Brave(ish): A Memoir of a Recovering Perfectionist,” which deals with claiming and connecting to your life in middle age and beyond. 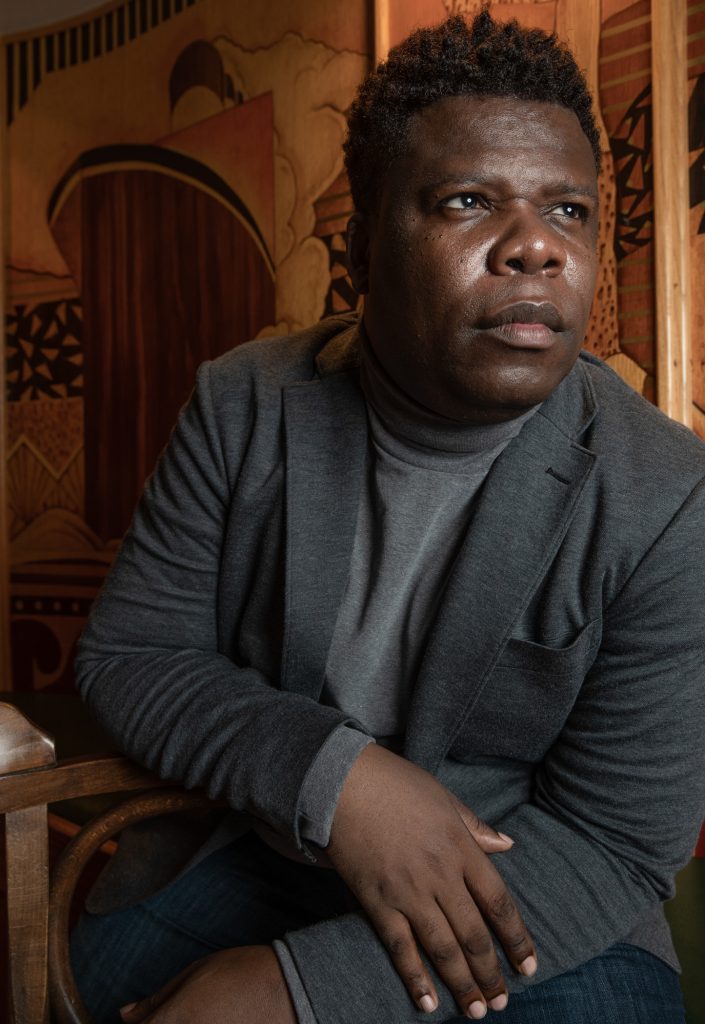 28
avery r. young
avery r. young is an interdisciplinary artist and award-winning teaching artist who was an Arts + Public Life Artist-In-Residence at the University of Chicago for 2012-2013. In the foreword of his recent book, “neckbone: visual verses,” Theaster Gates called Young “one of our greatest living street poets… one of the most important thinkers on the Black experience.” young’s poems and essays have been published in Cecil McDonald, Jr.’s “In The Company of Black.” His work in performance, visual text and sound design has been featured in multiple exhibitions and theater festivals. Prior to the pandemic, young and his band Da Deacon Board were in residency at The California Clipper, which has since closed. young is working in the Johnson Publishing Company Archive + Collections as part of the Reading the Black Library Youth Fellowship program to create poems inspired by the historically rich collection that is housed at Stony Island Arts Bank. 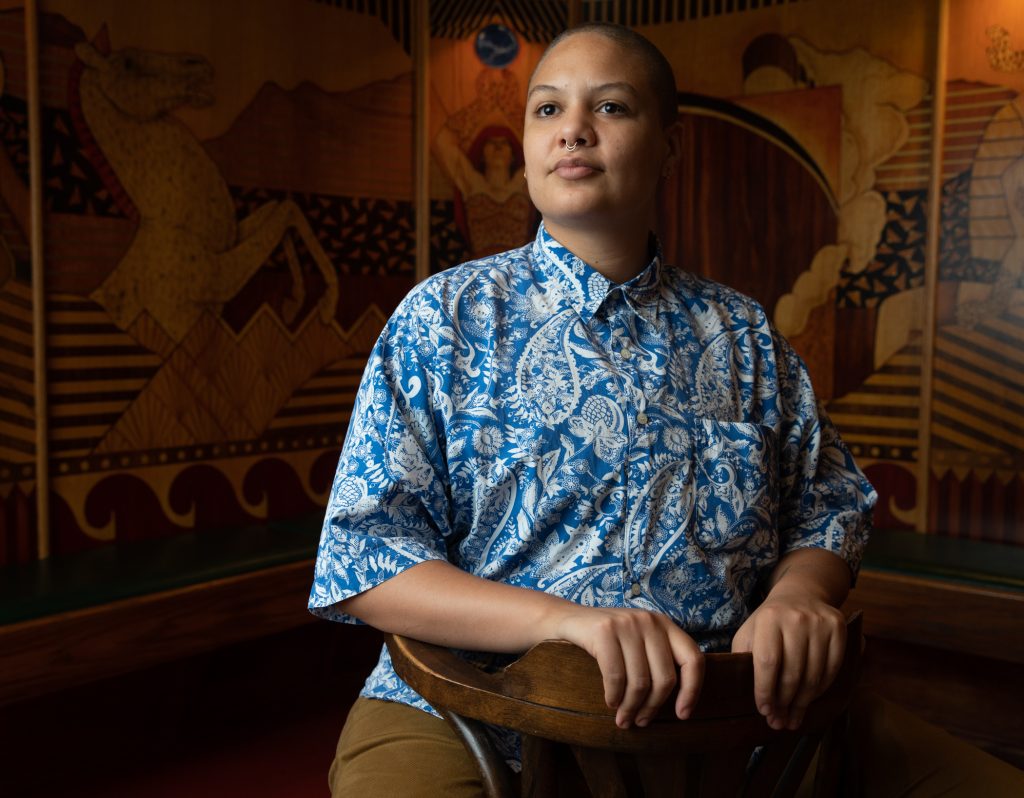 27
Xandria Phillips
Xandria Phillips is a writer and visual artist originally from Ohio. They are the recipient of the Judith A. Markowitz Award for Emerging Writers, as well as fellowships from Oberlin College, Cave Canem, Callaloo and the Wisconsin Institute for Creative Writing. Phillips’ chapbook “Reasons for Smoking” won the 2016 Seattle Review Chapbook Contest that was judged by Claudia Rankine. Their first full-length poetry collection, “HULL,” was published by Nightboat Books in 2019 and is the winner of the 2020 Lambda Literary Award for Trans Poetry, as well as a finalist for The Believer Award. Phillips is working on “Presenting as Blue / Aspiring to Green,” a nonfiction work that explores color theory, gender and modes of making. 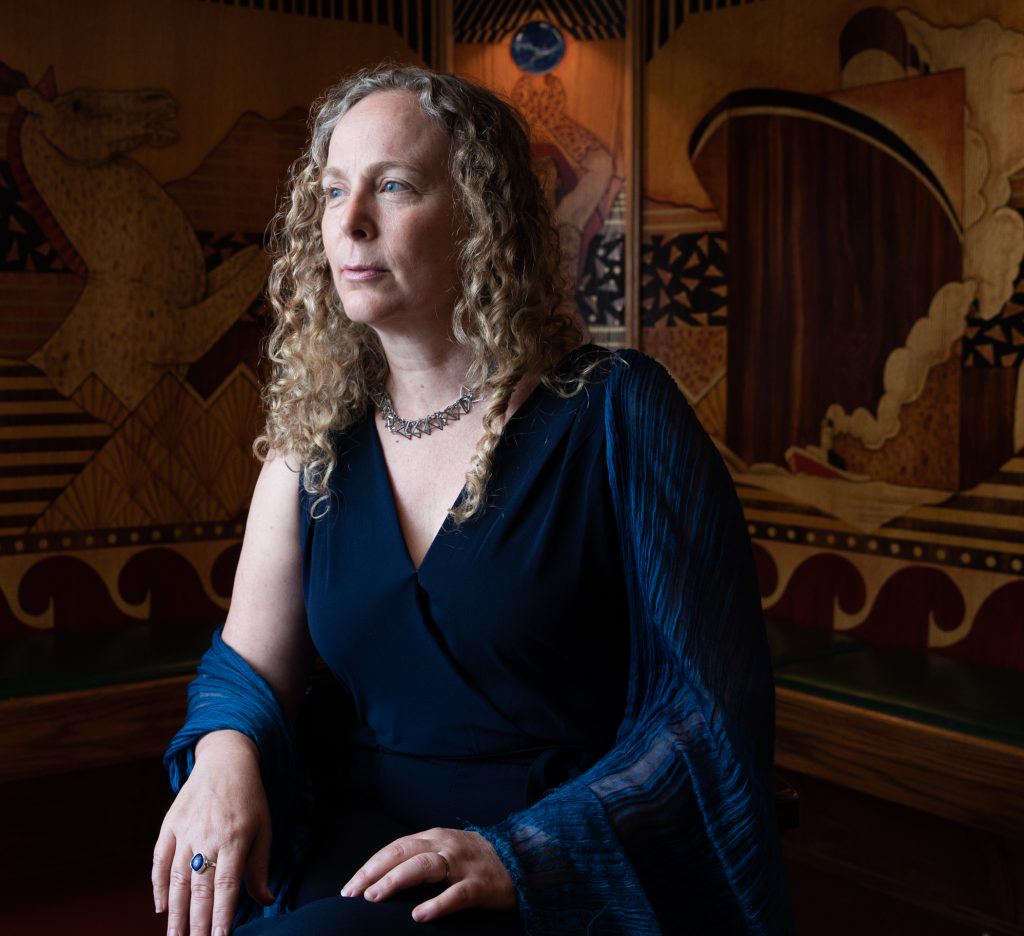 26
Rebecca Morgan Frank
Rebecca Morgan Frank is the author of “The Spokes of Venus” and “Little Murders Everywhere.” Her fourth collection “Oh You Robot Saints!” will be published by Carnegie Mellon in spring 2021. She is cofounder and editor of the online literary magazine Memorious. With musical collaborators, she has been translated into contemporary works for bassoon, saxophone, electroacoustic and voice. She (and we) hope that the November reading for Poetry Foundation’s Open Door Series will go on. For now, you can find Frank’s latest works in American Poetry Review, Kenyon Review, Poetry Ireland as well as on her website. 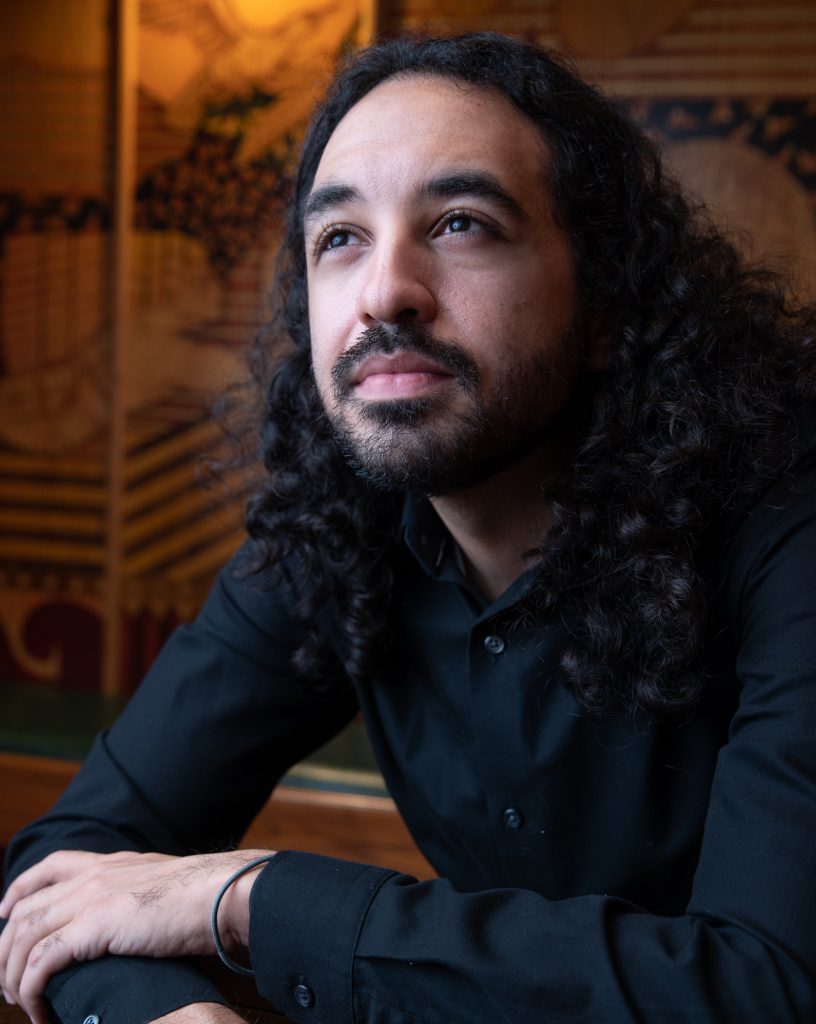 25
Keith S. Wilson
Keith S. Wilson’s work—multi-award winning poet and author of “Fieldnotes on Ordinary Love”—blends technology, game theory and language. His poem “black matters” was the Split This Rock runner-up for the Sonia Sanchez-Langston Hughes Poetry Contest and The Quarry’s Top 10 Most-Viewed Poems of 2017 and was published again this May as a poem of the day for Poetry Foundation, with the title capitalized to emphasize its timeliness.

24
Celia C. Pérez
Celia C. Pérez is a librarian who kicked open the door to YA literature with her Pura Belpré Prize-winning novel “The First Rule of Punk,” in which a young Latina discovers the punk heritage in her community and makes zines to work through moving to a new city where her mother is a professor. Pérez’s second book, “Strange Birds,” was published by the Penguin Young Readers imprint Kokila and debuted in late 2019. 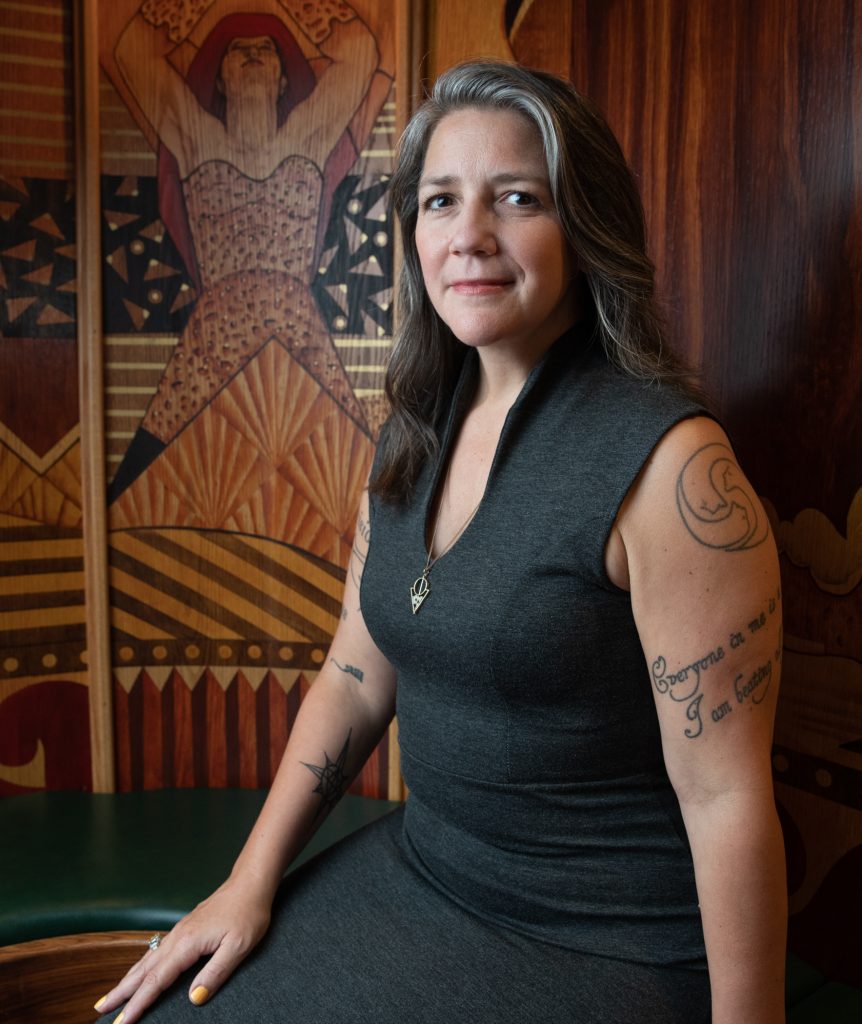 23
Marty McConnell
Marty McConnell published her second poetry collection, “when they say you can’t go home again, what they mean is you were never there,” and won the Michael Waters Poetry Prize as it was released in 2018 by Southern Indiana University Press. “Gathering Voices: Creating a Community-Based Poetry Workshop” is her first nonfiction book. She is the co-creator and co-editor with Maya Marshall of underbelly, a poetry website on the “art and magic of revision.” She is also the author of “wine for a shotgun.” In addition, McConnell is a seven-time National Poetry Slam team member, the 2012 National Underground Poetry Individual Competition (NUPIC) champion, and appeared twice on HBO’s “Def Poetry Jam.” 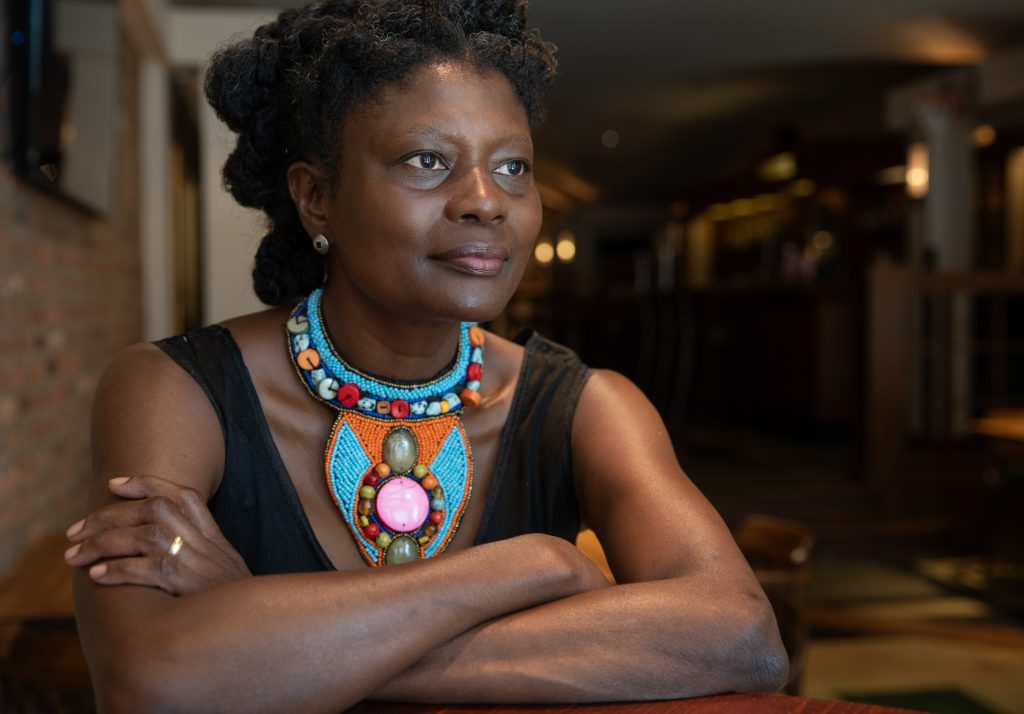 22
Cozbi Cabrera
Cozbi Cabrera, author and illustrator of the 2018 children’s book “My Hair Is A Garden,” writes and creates as a multimedia artist in fabric arts and visual art. Her latest collaboration, “Exquisite: The Poetry and Life of Gwendolyn Brooks,” with author Suzanne Slade, is a picture book biography that celebrates the early days of the Pulitzer Prize-winning poet before Brooks achieved political acclaim. Cabrera holds a BFA from Parsons School of Design and is well-known for her handmade cloth dolls. 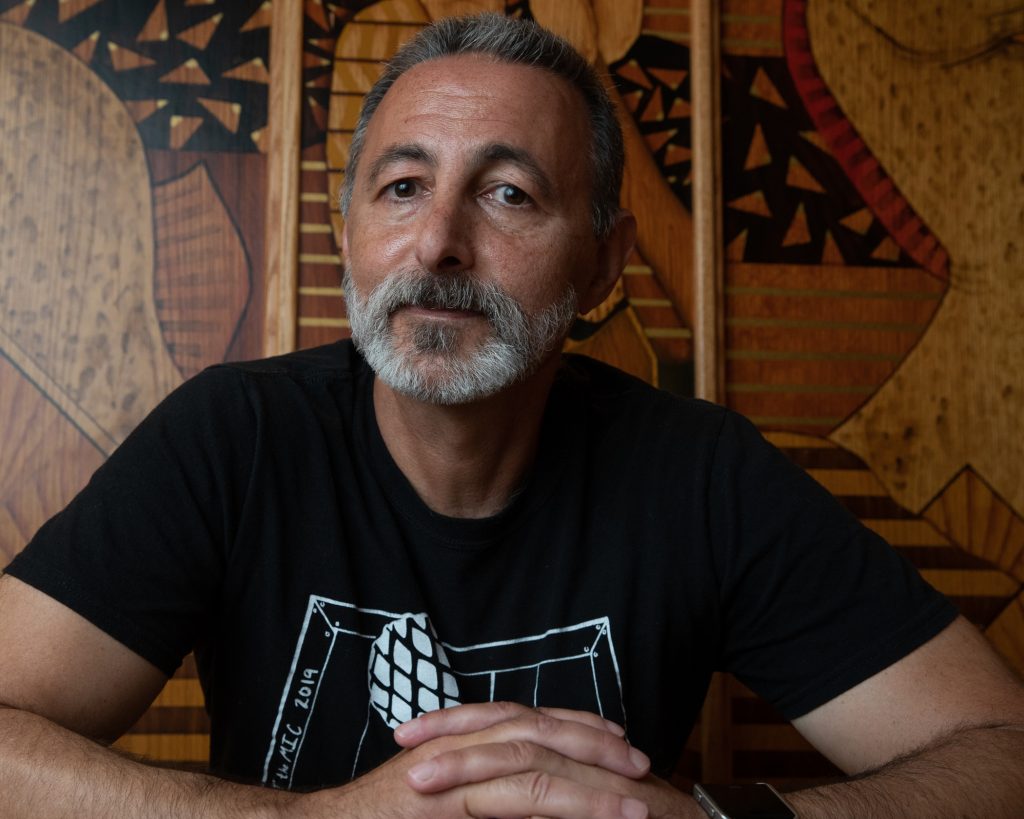 21
Peter Kahn
Peter Kahn is a longtime educator and mentor to young poets in Chicago. He was featured in Kartemquin’s 2018 documentary series, “America to Me,” with a slam team from Oak Park and River Forest High School, where he has coached at Louder Than a Bomb since the teen poetry fest began in 2001. He organized what would become the spoken-word program at OPRF and co-founded Malika’s Kitchen, a workshop and cultural exchange with British writers including Malika Booker, Roger Robinson, Nick Makoha and Jacob Sam-La Rose. Kahn recently published his debut poetry collection, “Little Kings,” and co-edited “The Golden Shovel Anthology: New Poems Honoring Gwendolyn Brooks,” which was praised in The New York Times by poet Claudia Rankine.