20
Mikki Kendall
Mikki Kendall has made the rounds of the media, sharing think pieces on current events, including intersectionality, policing, gender and sexual assault. Her nonfiction can be found in Time, the Guardian, the Washington Post, Ebony, Essence, Salon, Bustle and Islamic Monthly. Kendall discusses race, feminism, violence in Chicago, tech and pop culture at universities across the country. She is the author of “Amazons, Abolitionists, and Activists: A Graphic History of Women’s Fight for Their Rights” (illustrated by A. D’Amico), and her latest book, “Hood Feminism: Notes from the Women That a Movement Forgot.” 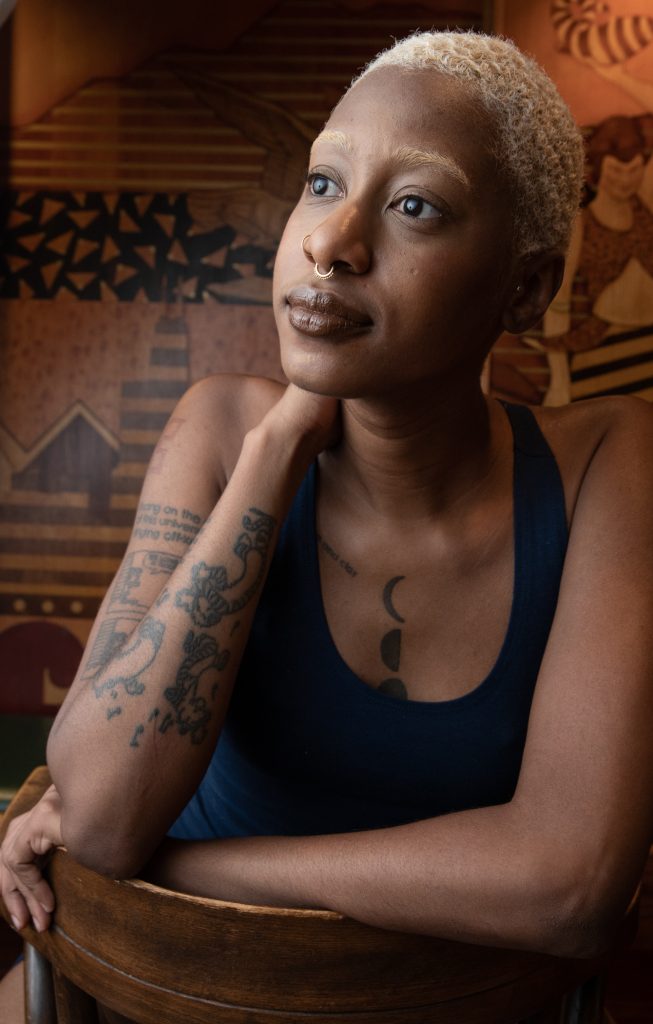 19
Rachel “Raych” Jackson
The poems of Rachel “Raych” Jackson, a writer, educator and performer, have over two-million views on YouTube. She co-created and co-hosts Big Kid Slam, a monthly poetry show. Jackson’s work has been published by Poetry, the Rumpus, the Shallow Ends and Washington Square Review. Her debut collection, “Even The Saints Audition.” was published by Button Poetry in 2019. Prior to the pandemic, Jackson was doing readings with fellow Chicago poet Xandria Phillips to promote her book. Her play “Emotions & Bots” premiered at the Woerdz Festival in Lucerne, Switzerland. 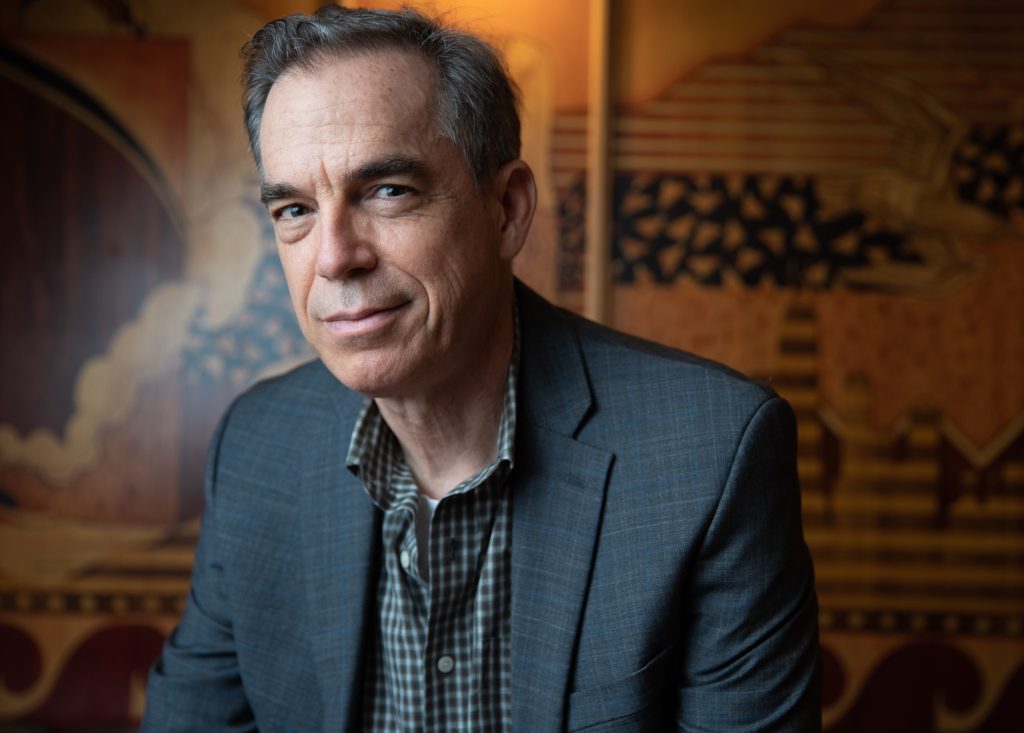 18
Miles Harvey
Miles Harvey, author of the bestselling “The Island of Lost Maps,” teaches creative writing at DePaul University in Chicago, and is a founding editor of Big Shoulders Books. Harvey is also a recipient of a Knight-Wallace Journalism Fellowship at the University of Michigan. His 2008 “Painter in a Savage Land” was named a Chicago Tribune Best Book of the Year and a Booklist Editors’ Choice. His most recent nonfiction, “The King of Confidence,” was released this summer and chronicles the life of James Strang, one of the biggest con men of the 1800s Midwest. 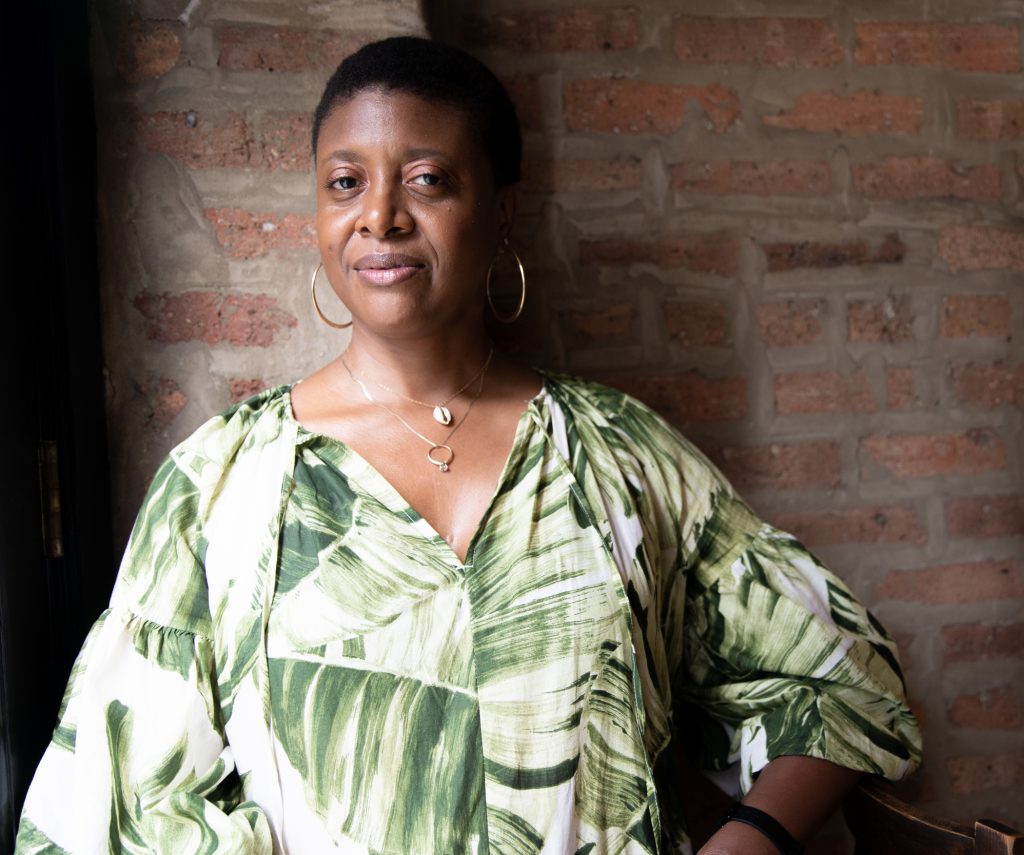 17
Krista Franklin
Krista Franklin writes poems that you more than hear. You see them. From collages to vocals, Franklin mixes media to weave a world of Afrofuturist sights and utterances. “When I’m composing them, sound is my biggest motivator. I think of my poems as scores,” she says. As a visual artist, poet and teaching artist, Ohio native Krista Franklin has made her mark on the city. Her images have graced book covers, local gallery spaces and Fox’s “Empire.” Her art book, “Under the Knife,” with Candor Arts, is an intense exploration of her experience with fibroids. Prior to “Under the Knife,” Franklin released two chapbooks. Her poetry collection “Too Much Midnight” was released by Haymarket Books in 2020. 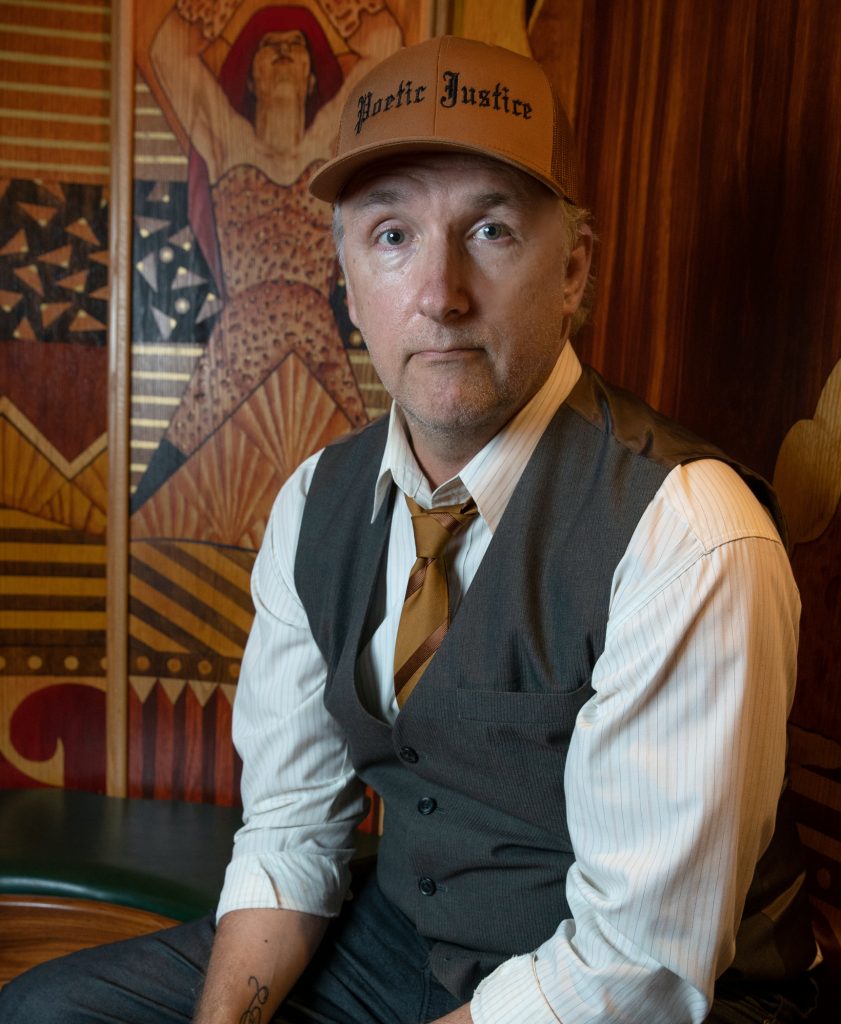 16
Chris Green
Chris Green, an English professor at DePaul, is the author of four volumes of poetry, including “Epiphany School,” “Résumé,” “Everywhere West” and “The Sky Over Walgreens.” His work has appeared in Poetry, Court Green, Prairie Schooner, Poetry East and The New York Times. Green is the editor of four anthologies, including a forthcoming book-length, collaborative pantoum addressing gun violence,“American Gun: A Poem by 100 Chicagoans,” from Big Shoulders Books. 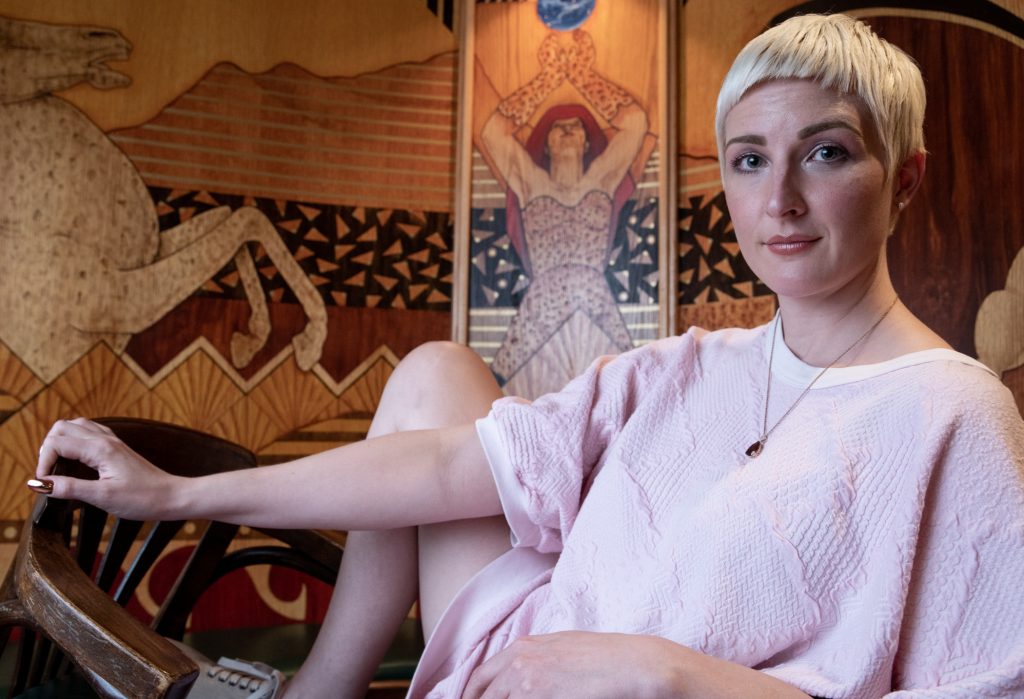 15
Hannah Rebecca Gamble
Hannah Rebecca Gamble is an award-winning poet who made her debut with the 2011 National Poetry Series-winning collection “Your Invitation to a Modest Breakfast,” selected by Bernadette Mayer and published in 2012. The former Gulf Coast editor has been writing and publishing in Chicago, but her most recent role entails work as the writer-director of the web series “Choose Me: An Abortion Story” for OTV-Open Television. 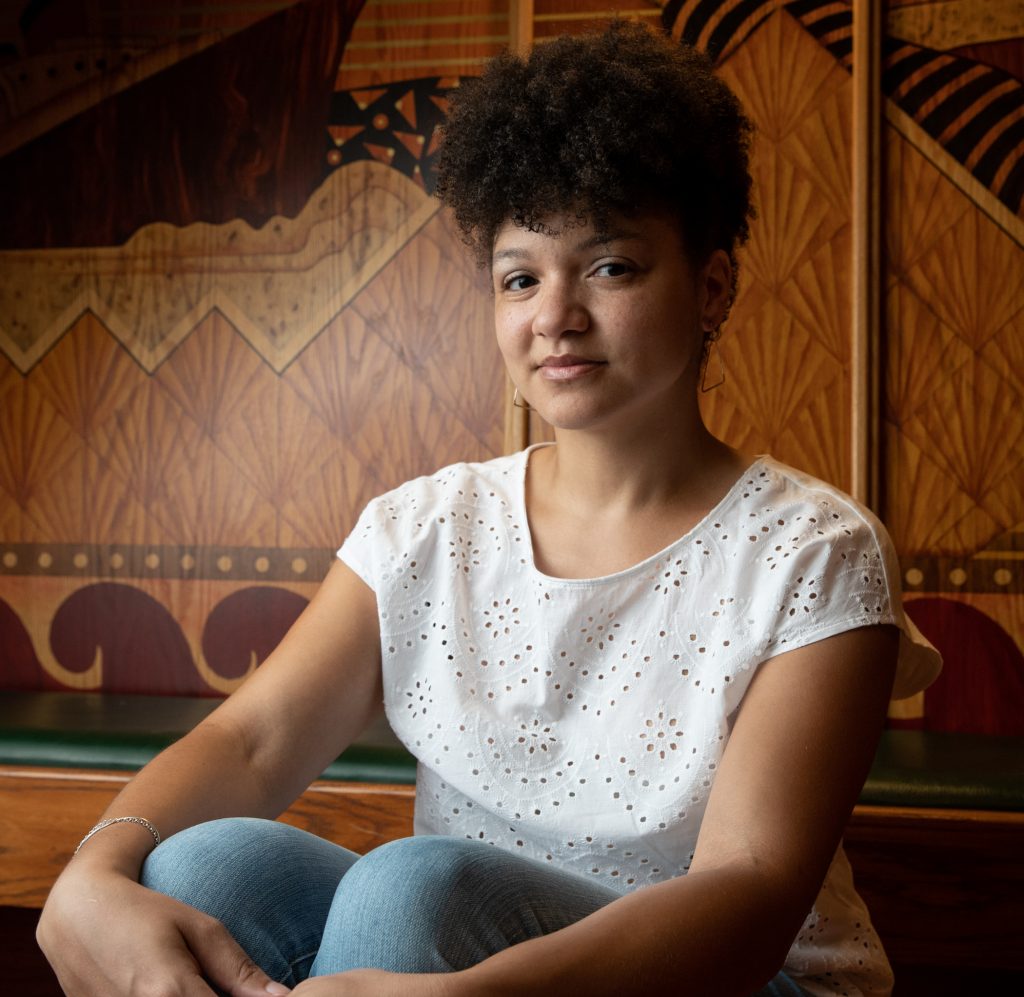 14
Jennifer Steele
Jennifer Steele may make us wait until she receives another Ragdale Fellowship before we get a follow-up to her debut poetry collection, “A House in its Hunger.” Her poems have been published in Pittsburgh Poetry Review, Another Chicago Magazine, Callaloo and Columbia Poetry Review. But as the new executive director for 826CHI, and with her experience as the partnerships coordinator of the Teen Services Department at CPL and the founding of both ChiTeen Lit Fest behind her, one wonders what she will do next. Steele is also one of the founders of Revolving Door Arts and continues to write and share poems.

13
Rachel DeWoskin
Rachel DeWoskin marked the release of her debut poetry collection “Two Menus” (University of Chicago Press, 2020), in addition to five novels, including the 2019 release “Banshee.” Her memoir, “Foreign Babes in Beijing: Behind the Scenes of a New China” (2005), details her life in that country in the 1990s. DeWoskin recently published an essay about the writing of Derek Walcott in The New Yorker and has work in Agni. She is writing in Hyde Park and is part of the core fiction faculty at the University of Chicago. 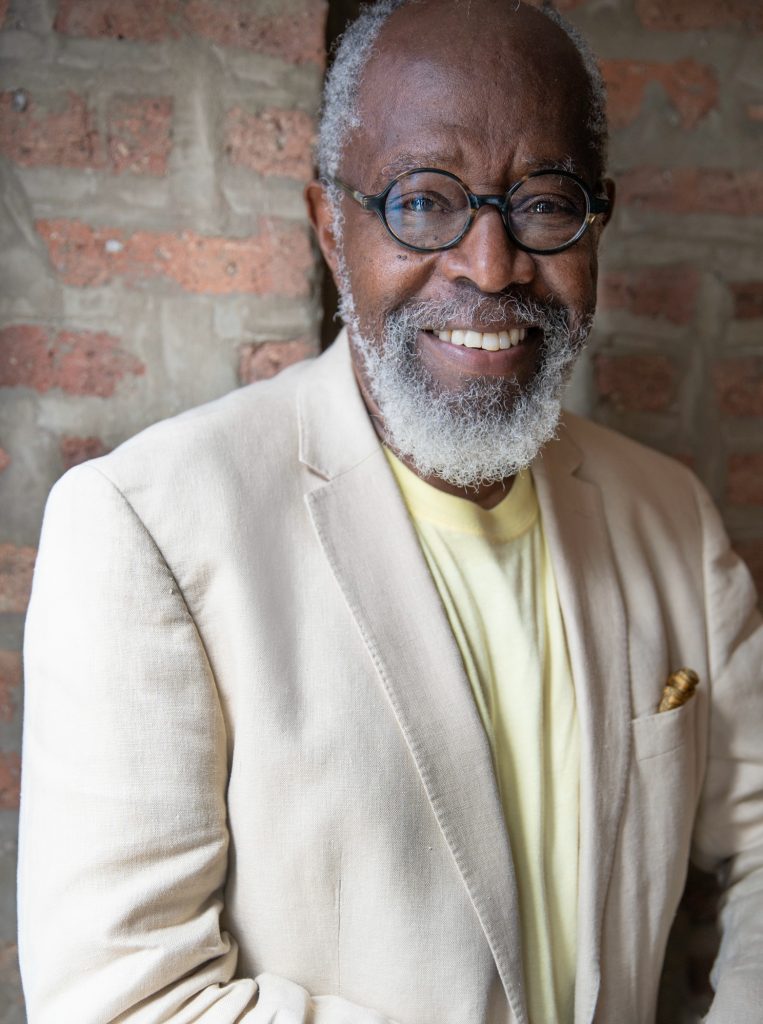 12
Ed Roberson
Ed Roberson, winner of the 2020 Jackson Poetry Prize, is the author of ten books of poetry. His collection “Asked What Has Changed” is forthcoming from Wesleyan University Press in 2021. A gathering of new and selected work, “MPH and Other Road Poems,” is coming from Chicago’s Verge Books. A former special programs administrator at Rutgers University, Roberson is now an emeritus professor in Northwestern University’s MFA creative writing program. He has taught at the University of Chicago, Columbia College, the University of California, Berkeley, and the Cave Canem retreat for Black writers. His other honors include the Ruth Lilly Poetry Prize and the Shelley Memorial Award.

11
Samira Ahmed
Samira Ahmed is the New York Times-bestselling author of “Love, Hate & Other Filters” and “Internment,” and her just-released “Mad, Bad & Dangerous to Know.” It’s not surprising that Ahmed chose YA fiction as her genre. The former teacher received her BA and MAT from the University of Chicago and went on to teach high school English in the suburbs of Chicago as well as the New York City Public Schools. After Ahmed left the classroom, she worked in education nonprofits, collaborating in the creation of more than seventy small high schools in New York City, where she fought to secure billions of dollars in public school funding.