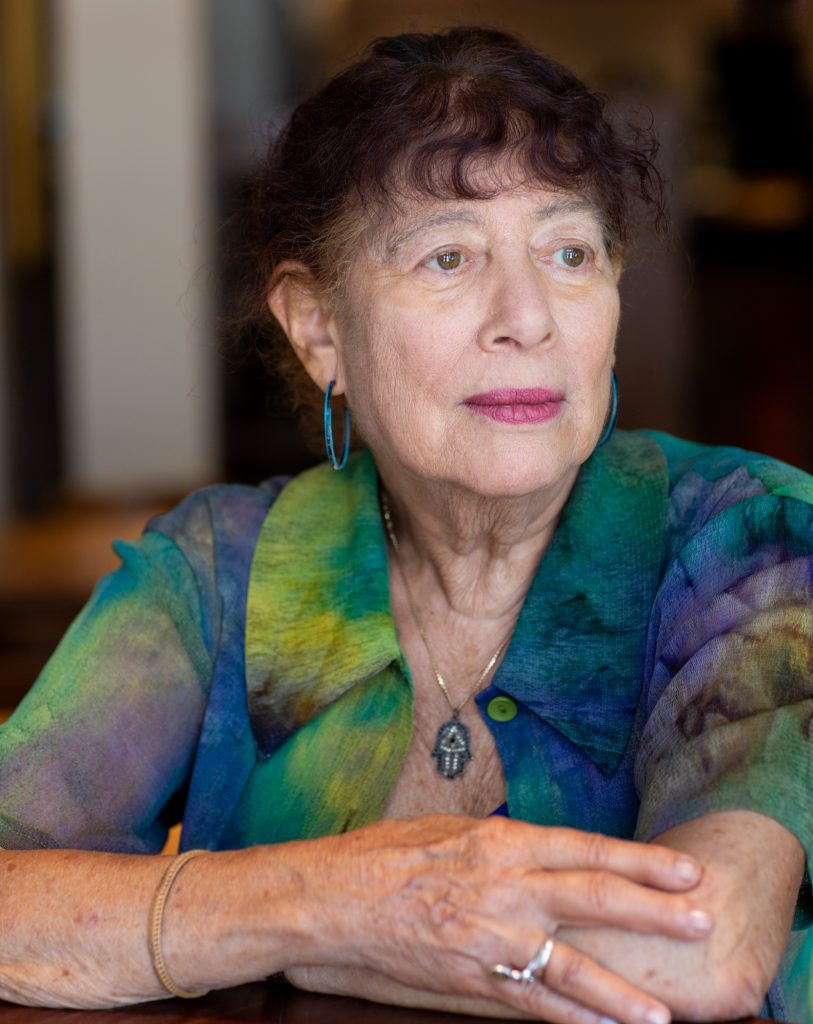 10
Rosellen Brown
Rosellen Brown has published eleven books—novels, short stories, poetry, essays—and has lived in almost as many places—New York, Boston, San Francisco, Mississippi, New Hampshire, Texas and, now, Chicago. After many years on the faculty of the University of Houston and more than a dozen summers leading the Spoleto Writers’ Workshop in Italy, she teaches in the MFA in Writing Program at the School of the Art Institute of Chicago. Her latest novel, “Lake on Fire,” shares an epic narrative about two young immigrants during the Gilded Age and the beautiful World’s Columbian Exposition of 1893. 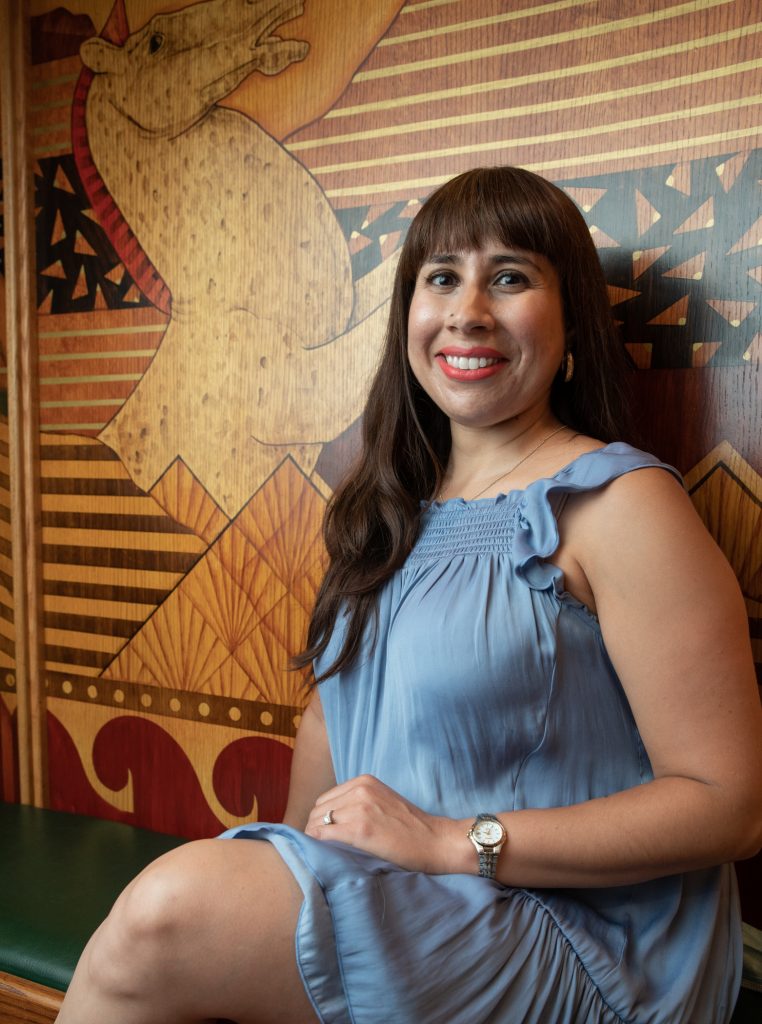 9
Erika L. Sánchez
Erika L. Sánchez is the daughter of Mexican immigrants. A poet, novelist and essayist, her debut poetry collection, “Lessons on Expulsion,” was published by Graywolf in July 2017, and was a finalist for the PEN America Open Book Award. Her debut young-adult novel, “I Am Not Your Perfect Mexican Daughter” is a New York Times bestseller and a National Book Awards finalist. Sánchez was a 2017-2019 Princeton Arts Fellow, and a recent recipient of the 21st Century Award from the Chicago Public Library Foundation and a National Endowment for the Arts Fellowship in Poetry. She was recently appointed the Sor Juana Inés de la Cruz chair in the Latin American and Latino Studies department at DePaul University and is part of the inaugural core faculty of the Randolph College Low Residency MFA Program. Sánchez is working on a collection of essays. 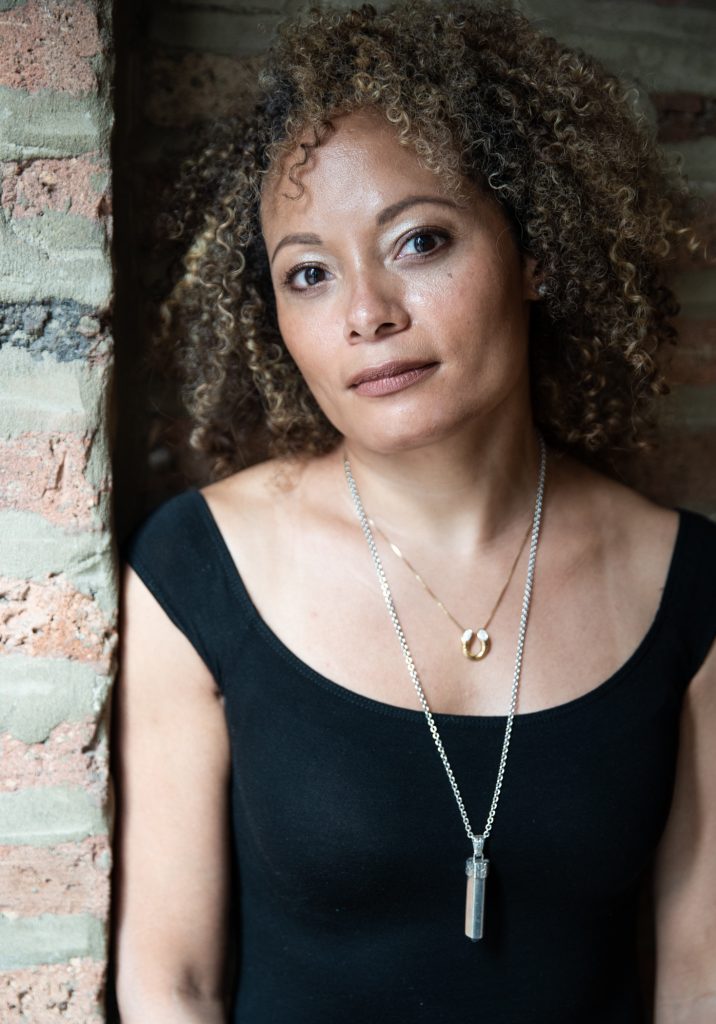 8
CM Burroughs
CM Burroughs, an associate professor at Columbia College, received a string of fellowships for “The Vital System,” her debut poetry collection. Her poetry has been commissioned to complement art installations at Studio Museum of Harlem and the Warhol Museum. With a sense of clean, deliberate lines, Burroughs strikes a taut precision. Her next collection, “Master Suffering,” is forthcoming  from Tupelo Press in 2021. 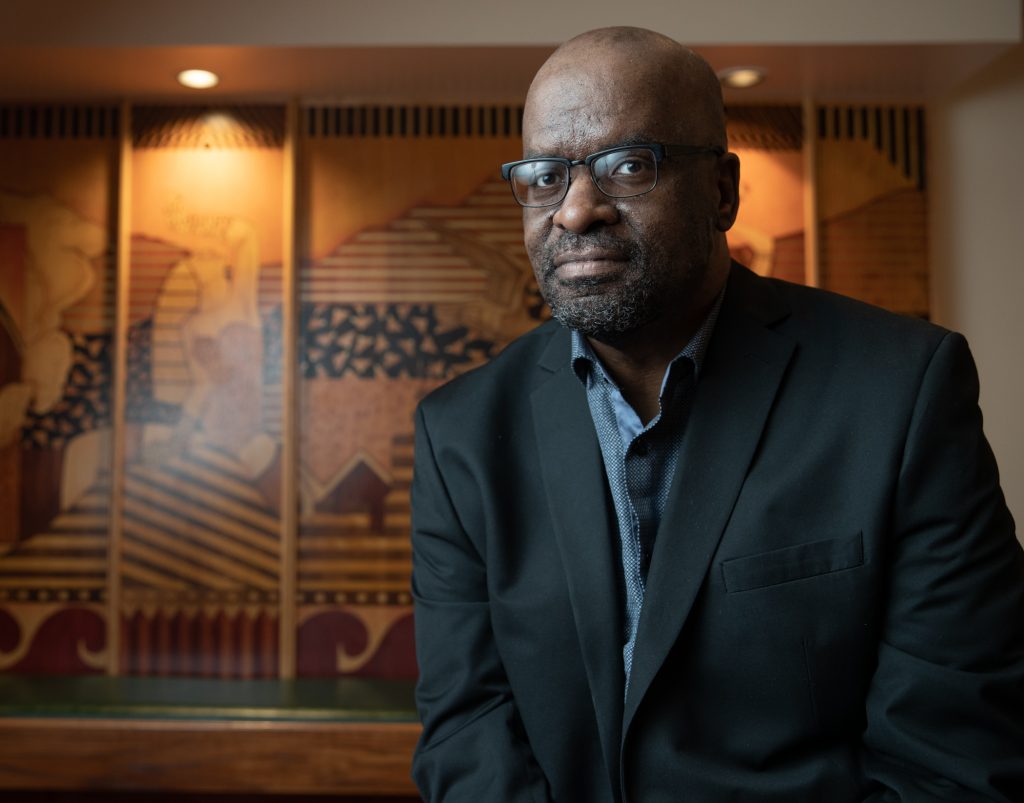 7
Lee Bey
Lee Bey, architecture critic for the Chicago Sun-Times around the turn of the century, created “Chicago: A Southern Exposure,” an exhibit for the 2017 Chicago Architecture Biennial at the DuSable Museum of African American History. With the great popularity of the exhibit, Bey began writing about how his father introduced him to buildings on the South Side that he loved and their histories. That was the springboard for “Southern Exposure: The Overlooked Architecture on Chicago’s South Side,” his compelling volume of photographs and reflection, which chronicles the buildings’ history as well as social and economic conditions that contributed to their decline. The anecdotes about interactions with these buildings are an accessible account of how architecture inhabits one of America’s most segregated cities. Prior to the pandemic, Bey was lecturing widely about the book, and joined the Sun-Times editorial board in December of last year. He is still photographing buildings on the South Side. 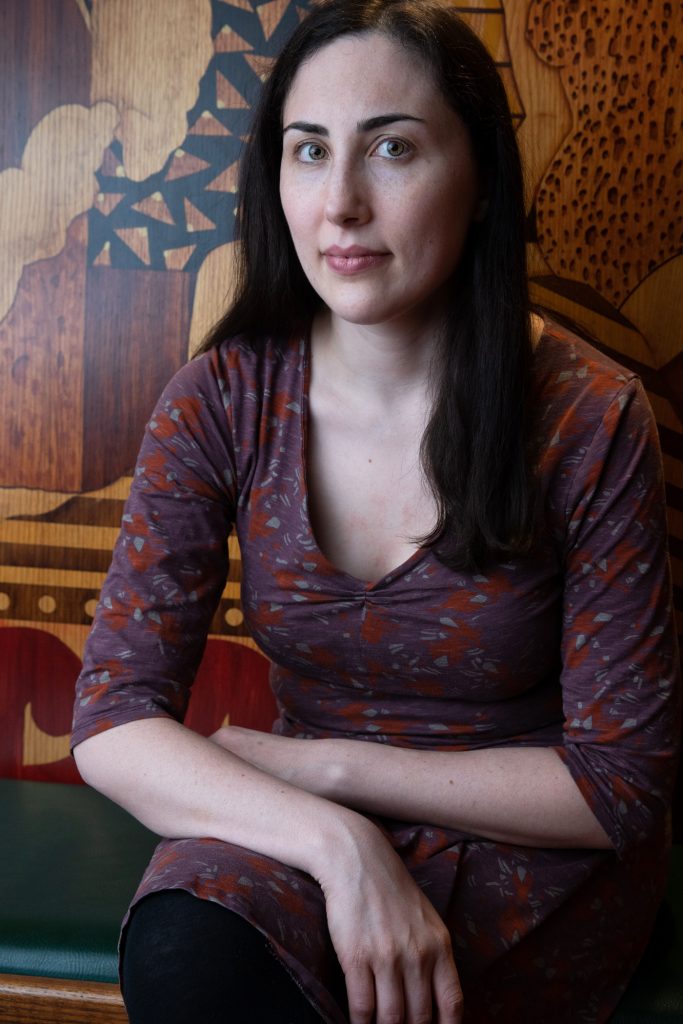 6
Maya Schenwar
Maya Schenwar is the editor-in-chief of Truthout and a writer focused on prison-related topics. She is the author of “Locked Down, Locked Out: Why Prison Doesn’t Work and How We Can Do Better” and a co-editor of the anthology “Who Do You Serve, Who Do You Protect?” She discusses her new book, “Prison by Any Other Name,” in this issue. 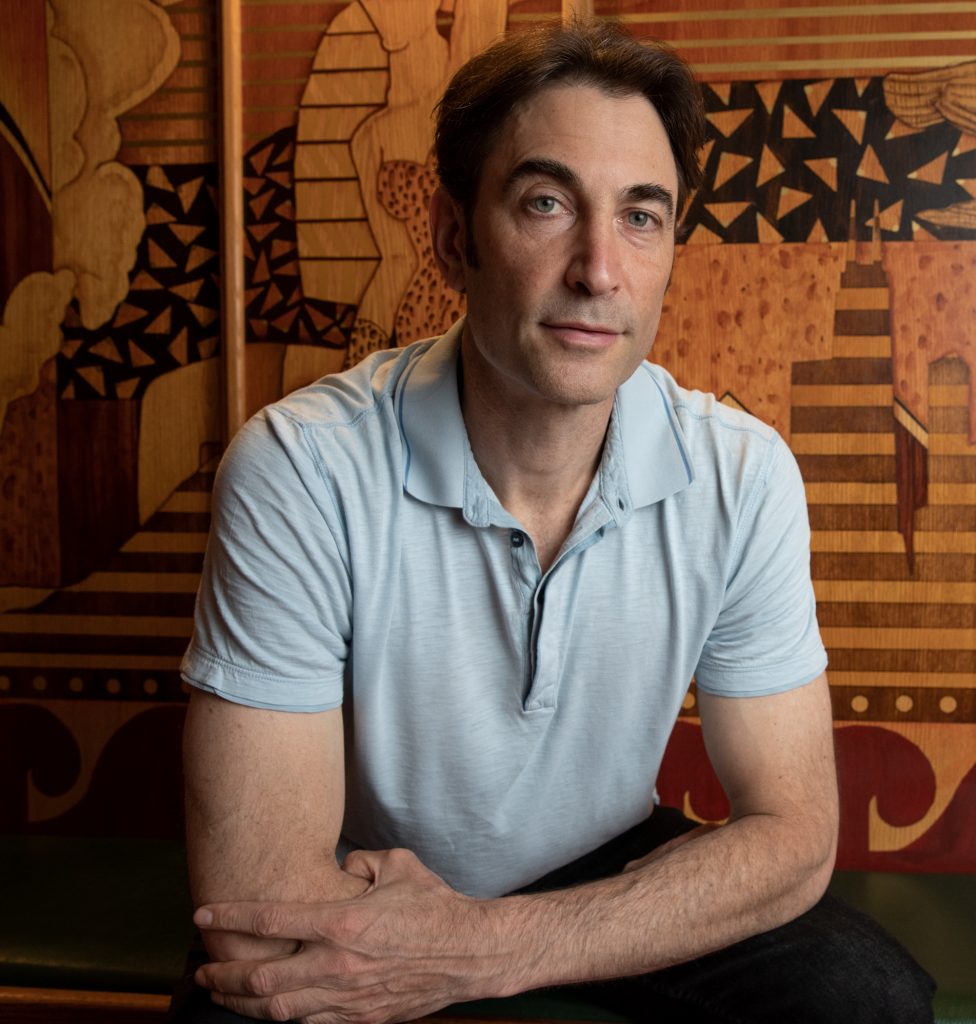 5
Ben Austen
Ben Austen, author of “High-Risers: Cabrini-Green and the Fate of American Public Housing” and a former editor at Harper’s magazine, has written many features, including for The New York Times Magazine, Wired and GQ, as well as being collected in The Best American Travel Writing. Austen teaches in the creative writing department at the University of Chicago and is working on a narrative nonfiction book about the parole system crime and punishment in our country. 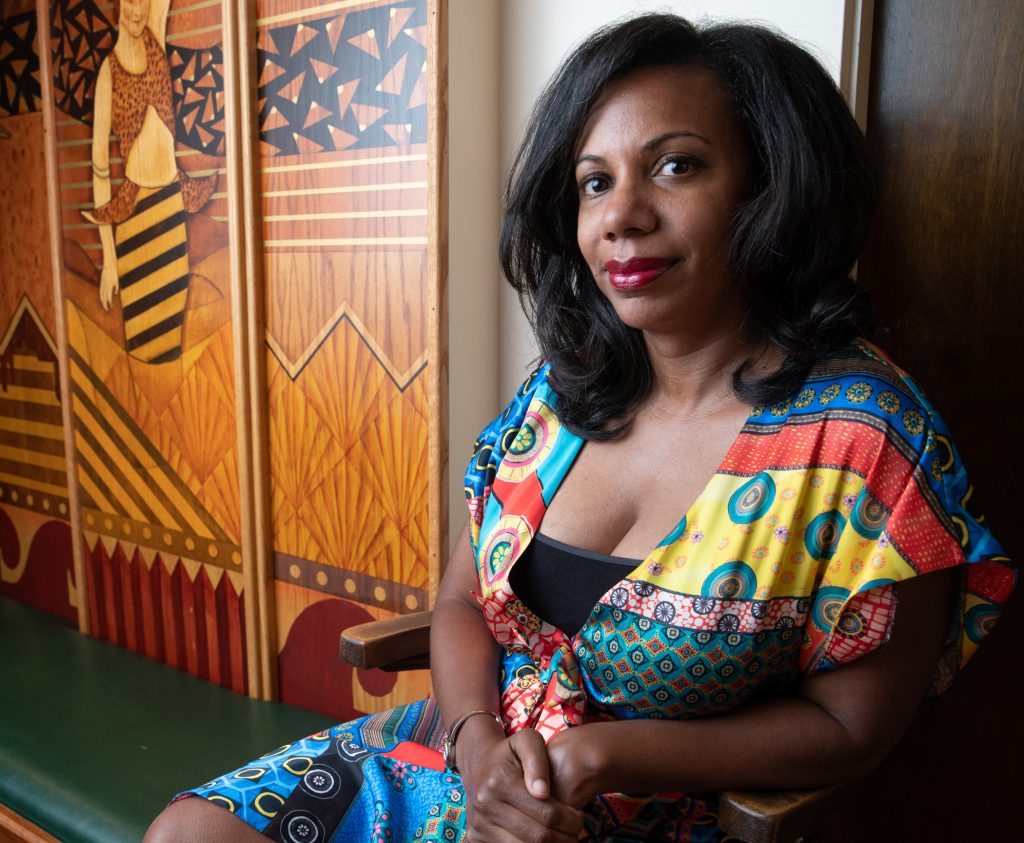 4
Natalie Moore
Natalie Moore achieved her dream to become the South Side’s Lois Lane, (but with a bigger reach), a personal superman (her husband) and four daughters. Not only does she have a monthly Sun-Times column, but she represents as part of WBEZ’s team of reporters for matters of race, class and communities. As author of “The South Side: A Portrait of Chicago and American Segregation,” the 2016 Chicago Review of Books nonfiction award winner, her writing has been featured widely, from the Beverly Area Arts Alliance’s Frunchroom reading series to the BBC. She is working on “The Billboard,” a play about an inflammatory anti-abortion message placed in Englewood, which will be staged in 2021 by 16th Street Theater in Berwyn and published by Haymarket Books. Check out her audio drama, “City on Fire: Chicago Race Riot 1919,” written with Jeremy McCarter, at Makebelieve.fm.

3
Timuel Black
Timuel Black qualifies to attend the Centenarians Celebration on the South Side, held by the Salvation Army and community activist Andrew Holmes. Instead, this Chicago treasure wrote his memoir, “Sacred Ground: The Chicago Streets of Timuel Black.” As an oral historian, Black held true to his storytelling methods by telling his life story to Susan Klonsky, which was then edited by Bart Schultz. Timuel lived through the 1919 race riots as a baby, grew up during the Great Depression, marched with Martin Luther King Jr in the 1960s civil rights movement, and lived to see friend and mentee Barack Obama become president. When asked by Chicago magazine the secret to a long and memorable life, Black offered that one should “Play some good music, drink a little Merlot, get some sleep and have something to do tomorrow.”

2
Ling Ma
Ling Ma, the author of the award-winning apocalyptic novel “Severance,” which comments on the tedium of work life, caught the attention of many when it arrived on bookshelves, then got renewed attention in early 2020 after winning the Whiting Award in fiction as well as when shelter-in-place descended over the globe. Her novel has been topping lists of epidemic literature everywhere. Ma is an assistant professor at the University of Chicago.

1
Natasha Trethewey
A former U.S. poet laureate and winner of the 2007 Pulitzer Prize for her third collection “Native Guard,” Natasha Trethewey is the author of five collections of poetry, including “Monument,” “Thrall,” “Bellocq’s Ophelia” and “Domestic Work.” Her most recent creative nonfiction book, “Beyond Katrina: A Meditation on the Mississippi Gulf Coast,” addresses the aftermath of the hurricane as well as her Southern roots. Trethewey is a professor in creative writing at Northwestern University and Ecco Press will release “Memorial Drive: A Daughter’s Memoir” in 2020, a memoir that recounts the shooting and murder of her mother at the hands of her stepfather.