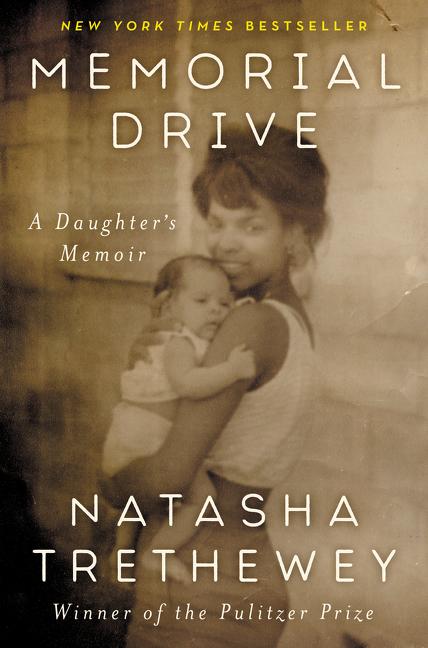 After Natasha Trethewey’s widely celebrated poetry collections and her first nonfiction book “Beyond Katrina,” “Memorial Drive” documents that difficult terrain of losing her mother, who was brutally murdered by Trethewey’s abusive stepfather in 1985. The poet felt compelled to finally write the story after publishing poems that discussed this tragic loss and hearing other people refer to her mother’s death as part of her backstory. In Trethewey’s account, we see a young mother who was organized, smart, resourceful, protective of her children and remarkably strong. This mother, Gwendolyn Ann Turnbough, was one of the women who tried to get out of an increasingly violent situation that she knew would mean certain death for her, and possibly Natasha and Natasha’s younger brother.

“Memorial Drive” begins by documenting a life between a young Black mother and her only child shortly after the mother’s separation from her white husband, a young poet in graduate school. When Gwendolyn and Natasha move to Atlanta, Gwendolyn attends school and works and Natasha finds comfort in the short-lived time shared with just her mother. That peace is disrupted when Gwendolyn introduces Natasha to her new boyfriend Joel. Shortly after Gwendolyn and Joel are married, Natasha’s younger brother is born, and Joel torments Natasha. It isn’t much later that Natasha discovers that Joel is hitting her mother. In spite of Gwendolyn’s attempts to go to a domestic violence shelter, leave her home behind, start over, cooperate with local police and record Joel’s manic, rambling phone calls, the police fail a woman who did everything in her power to save her own life and protect her children.

The backdrop for this story is Atlanta, Georgia, and the Memorial Drive that she references takes us to where Gwendolyn was found dead, but which also takes travelers past Stone Mountain, a Confederate monument carved into the granite front of an actual mountain. Trethewey describes the violence in a matter-of-fact voice that makes the harsh truth of her surroundings all the more startling. She is born in a time where her very existence violated anti-miscegenation laws, but somehow she is here.

The power of this memoir resides in how she crafts searing declarative statements that are devastatingly clear. The moment when young Natasha becomes editor of the school literary magazine and excitedly talks about becoming a writer are discouraged by her stepfather in a moment that is all too common in an abusive household. He tells her she won’t become a writer, but Gwendolyn halts the conversation by stating and repeating “Natasha will be whatever she wants.” By this time, Natasha is aware of the situation between Gwendolyn and her stepfather, Joel. She knows that this will mean blows behind closed doors and more threats. In that moment of realizing the impending violence, a reader might wonder what would have become of the Pulitzer Prize-winning poet if her mother had never stood up for her?

As the memoir grows closer to its end, we see how Natasha was almost murdered by her stepfather at a football game; her mother’s last telephone call, and how her life is cut short, but we also see Natasha the poet recalling a mother that she is struggling to keep alive in her memories as she retraces the files and key events around a story that sets straight the accounts of a personal and painful grief.