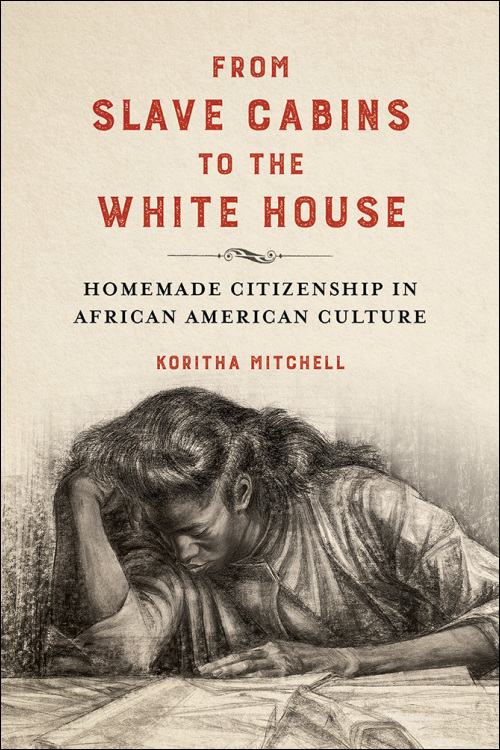 Since the beginning of slavery in the United States, African Americans were withheld from participating in society as autonomous beings. Society has progressed over time but hate crimes that still affect their community have yet to cease. Despite many barriers, African Americans have succeeded in building a thriving culture in this nation even after starting from scratch. Koritha Mitchell calls this “homemade citizenship,” because they don’t need to rely “on civic inclusion or mainstream recognition.” “From Slave Cabins to the White House” reflects on the concept of homemade citizenship by analyzing literary and theatrical works along with Michelle Obama as a public figure.

The United States never hesitates to celebrate the accomplishment of white males. But when African Americans have a moment of success, the hatred of white supremacists provoke harm and abuse in order to put people in their place. Mitchell calls this “know-your-place aggression.” African-American women were the most oppressed, by slave masters who would prevent them from remaining with their families and often preventing them from choosing their partner. The works Mitchell chooses to analyze center on the lives of these African-American women.

The first work that stood out was Alice Childress’ play, “Wine in the Wilderness.” The play explores the life of an artist painting three portraits representing Black womanhood, his final piece representing “the messed-up chick.” At that point, his friends introduce him to Tommy, a woman who fits that description in hopes of using her as inspiration. Through this narrative, Childress expresses the way in which women can be oppressed by the labels that are applied to them.

Another work is Nella Larsen’s 1928 novel, “Quicksand.” A mixed-race woman displays agency by traveling within the United States. Her constant moving is motivated by her refusal to conform to that society and when she travels abroad, she is rejected by her family of European descent and she notices how similar their beliefs are to those in the United States.

The theme of rejection outlined in “Quicksand” illustrates that the United States has always condemned women for taking ownership of their bodies and choice—a theme present in other works of literature. In Langston Hughes’ poem, “Children’s Rhymes,” he wrote, ‘“By what sends / the white kids / I ain’t sent: /I  know I can’t be President. ” What Hughes thought was unattainable for many African Americans was achieved in the 2008 election of Barack Obama, the first African-American president. Obama’s election marked triumph in the African-American community, but was also met with hostility, violently mocked, eventually necessitating an increase in security in the White House. Nevertheless, Michelle Obama dedicated her time to connect with the country, and one way she did that was by making her style accessible. Although racism persists, the Obamas attained what was once considered impossible.

Koritha Mitchell will be in conversation with Brittney Cooper on September 3, 7pm in a virtual event with Semicolon Bookstore and Gallery.