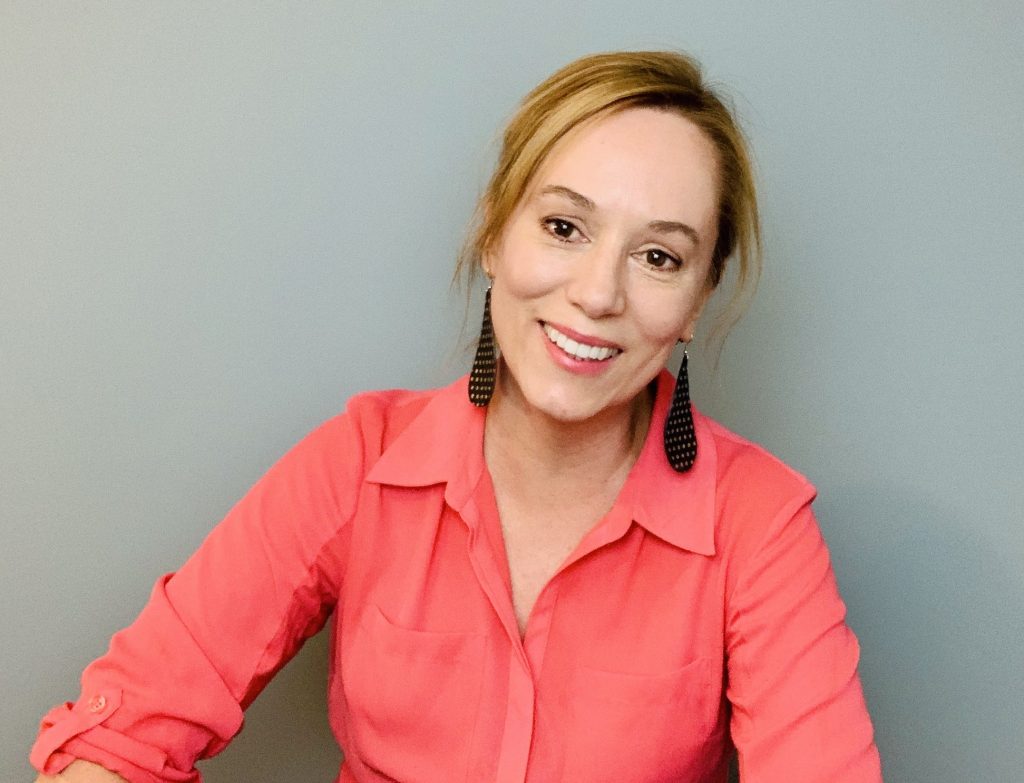 Rachel Swearingen’s debut short story collection “How to Walk on Water” is a slim collection of nine stories that approaches its characters with a matter-of-fact sensibility. Swearingen had been publishing a string of essays and stories for various publications like Vice, Kenyon Review, AGNI and elsewhere, after completing her Ph.D. at Western Michigan University. In 2018, she won the New American Press Award for this collection and one of her stories appeared in the “Best American Short Stories of 2018” edited by Roxane Gay and Heidi Pitlor.  Swearingen, a professor at the School of the Art Institute, took some time to talk with Newcity about the characters in her short stories, their struggles, writing in Chicago and other cities, some of her influential writers, survivors and the visual artist Louise Bourgeois.

One of the things that I found compelling about the collection was how there was always at least one woman who directed the action and outcome of each story, even if she wasn’t the central character. Can you talk a bit about that?

It’s so interesting that you noticed this, Tara, because I didn’t see this myself until after I put the collection together. I started writing the book about a decade ago when I was wrestling with the realization that too often women and girls, and especially older women, are invisible to others. I’m fascinated by women who don’t follow the rules and who are subversive in some way, even if it’s quietly. This comes forward the most in “Edith Under the Streetlight,” where Sandra, the protagonist underestimates and even uses Edith, an older woman who lives down the hall. By the end of the story, Edith is in full control.

Indeed. The title story of your collection centers on Nolan, an adult son who can’t seem to get his life together or wrap his mind around his mother Sigrid surviving a violent sexual assault in his infancy. How did you start developing the contrast between the two characters?

That story was one of the more difficult stories I’ve ever written. It came to me when I was teaching and many of my students were turning in stories that glorified serial killers. I made a rule that semester that if anyone wanted to write such a story, they had to tell it from a different perspective, from an unexpected angle. My students argued with these rules, of course, so I decided to write my own story, told from the perspective of the victim, now older. It was important to me that she was a survivor, and that she had found a way to get on with her life. So many women I know are like her in some way, tough, survivors, but not fully healed either. So, this is how Sigrid came to be, but I was too close to her, and I couldn’t fully grasp her experience, not having gone through it myself. So, I invented her son, and this is when things got interesting. I was able to give Nolan my inability to fully understand her trauma, and also the difficulty of having been witness to that violence. Nolan allowed me to explore some territory I had been circling around for years, being both part of a culture of violence and a survivor.

Could you talk about some of the writers who informed your process while you were writing these stories?

I have been writing for so long, and reading even longer, that I’m not sure I can do justice to this question. While I was writing many of these stories I was in a Ph.D. program at Western Michigan University and immersed in American literature. I’ve been studying the short story for much longer and have read most of the usual suspects. I go back and forth between writing realistic and more fantastical stories. “How to Walk on Water” is more realistic, and now that I have some distance I can see influences from some of my teachers from that time—Jaimy Gordon, Stuart Dybek, Kellie Wells, Robert Eversz. For pleasure, I was reading almost everything written by Louise Erdrich, Kathryn Davis, Don DeLillo, Edward P. Jones, to name just a few, as well as stacks of poetry collections. Two of the stories were inspired by a line in a Mary Ruefle poem. 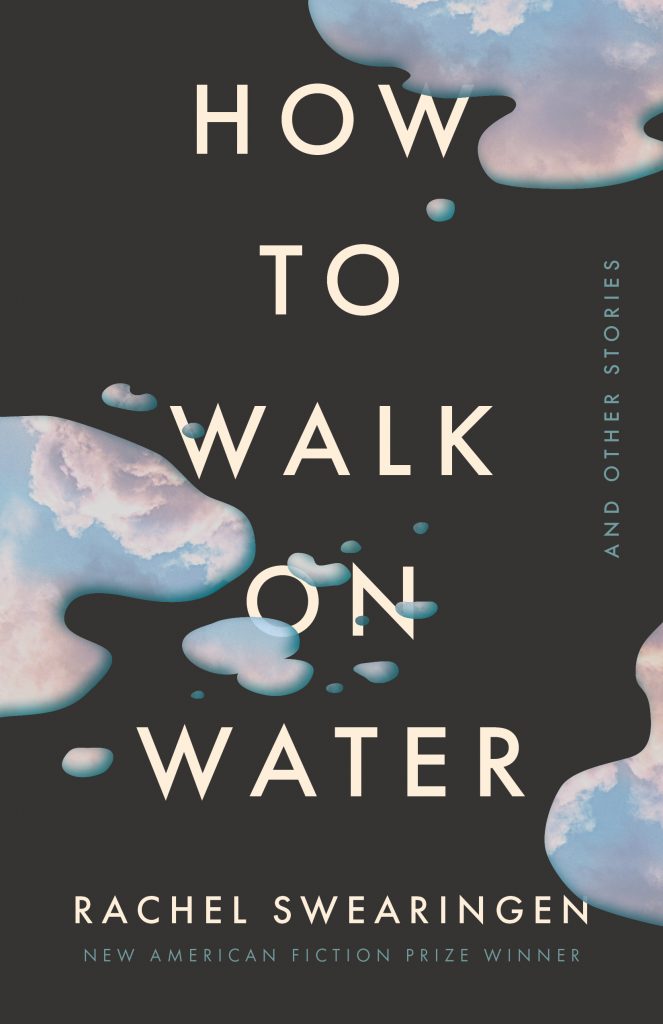 You wrote most of the book while you were in Michigan, and some of the writing is set in Chicago. If it’s different writing here in Chicago, can you describe how?

When I was writing many of these stories, I lived in Kalamazoo and often rode the commuter train to Chicago to get away, to spend the day at the Art Institute, get some good coffee, take in the energy of the city, and then head back. I did the same when I was an undergraduate at the University of Wisconsin in Madison. I still remember the first time I got lost taking the El, how unfamiliar and huge the city felt. Even though I’ve lived in other cities, and there are several others in the book, Chicago is usually what I imagine when I try to write an urban story. What’s funny is that I started the last story in the collection, “Advice for the Haunted,” which takes place downtown and in Lincoln Park, at a writer’s residency on the East Coast. I think I set it in Chicago partly out of anger because I was tired of hearing jokes made of the Midwest. Then, a few years later, I moved here and finished it from a small, rundown apartment next to the Rockwell stop on the Brown line. I’ve been here almost six years now, but six years is nothing for a city this rich in culture and literature. One thing that is different about writing here is that I’m more cognizant of what I don’t know and don’t understand about Chicago. I’m more aware of the depth and vibrancy of the city and its many cultures and neighborhoods. I’ve been reading more Chicago writers, and am stunned by how much the city has to offer.

A few of the women in these stories lead stifled lives of creativity that they express in unexpected ways. If that was intentional or it just emerged as you wrote, could you talk about that recurrent idea?

This is so true. The women in my stories are often trying to liberate and mother themselves, to give themselves permission. Some of this is intentional, but much of it emerged as I was placing the stories next to each other. My original idea for the collection was to base each story on a work of art or a film. “Felina,” the oldest story in the collection and probably the strangest, was inspired by a series of installations by Louise Bourgeois, called “Cells”—these cage-like domestic spaces, filled with memorabilia and hanging figures. They seemed feminine and somehow oppressive to me, although I think Bourgeois saw them differently. She was an incredible and prolific artist, but also overlooked for much of her life. Her influence is in that story, but it radiates into many of the other stories too.

I love Bourgeois’ work! Especially the spiders. It was a clever turn to start with “Felina” where a woman introduces herself to a man and concluding the collection with “Advice for the Haunted” which focuses on a couple saying goodbye to the ghost who inhabited their new apartment. Would you talk a bit about how you decided on ordering the stories in between and in general?

I rearranged the book so many times, and I worried it was too risky to put “Felina” first. People tend to have strong reactions to that story. Once I had some distance on the collection, I realized that the two stories were in conversation with each other, and they helped to contain the others. Felina is such a pure artist, and couldn’t care less about the marketplace or how her work is perceived by the larger world. At least this is the way Arthur, the protagonist and someone who is obsessed with the value of things, sees her. We never get her actual point of view though. “Advice for the Haunted” is told through a woman narrator who is also thinking about the value of things, but she is beginning to understand that the world is much larger than her, that its histories extend beyond her. I wanted the book to end with an opening out into the larger world.

Swearingen will be in conversation with Kate Wisel for a virtual book launch at The Book Cellar on October 5 at 7pm.

“How to Walk on Water”
By Rachel Swearingen
New American Press, 182 pages