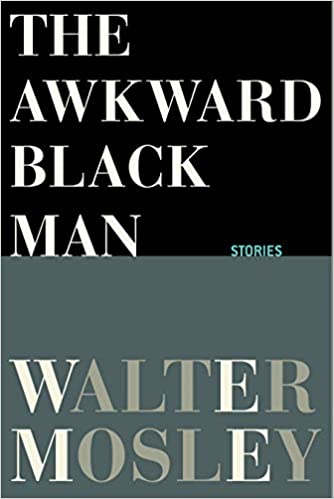 Walter Mosley’s “The Awkward Black Man” is a collection of short stories aptly defined by the title. Saying that, with fifty-four published works in his bibliography ranging from nonfiction works like “This Year You Write Your Novel,” e-books like “Parishioner,” and fiction like “Fear Itself,” as well as the Leonid McGill and Easy Rawlings mystery series, you might think that Mosley is recycling miscellaneous musings. He is not. “The Awkward Black Man” is a treasury of unsung lives, vignettes of the loves of unloved, praise of people who are out of place and time but not out of mind or mortality.

Mosley’s men lumber through life without outward complaint, moving in shadows not of their own making. Some float on the tide of happenstance, happy to touch the shore of perceived normalcy when they can and with whom. Mosley expands the story for every Black man you have ever seen who seems out of step. The ones skirting the fringe of the everyday places, the ones who can disappear into themselves but not completely disappear from the world, no matter how hard they try. Mosley’s man is the one who lives in your building who only nods hello before retreating into the safety of his apartment; the one with a backpack in the park who makes you wonder if he has a home; the doctor who is very skilled yet doesn’t have the prestigious office or wardrobe that his ability should afford him; the Black cowboy striding through New York City wearing a white hat, or the unassuming businessman with a habitual routine to hide his secrets.

Mosley proves that you cannot know the book by the cover, much less judge its contents. These are stories of individuals who have had the decks stacked against them simply because of their race by a world that sees their skin and their physicality before it ever considers them or their true characters.

The internal dialogue of each man is different, yet the message is the same. “I have been injured and/or abused by people and/or the world.” Each one he talks about is intelligent, yet fragile. Sensitive, yet doggedly resilient. With lives that seem failures to the outside observers on many levels—socially, educationally, financially or all of the above—each story fleshes out the reasons for their problems. Without apology, the stories move into outcomes that only Black people knew to be true. These invisible men could have contributed so much if only black roses were cultivated and welcomed in the garden with all the other colors. Yet, in Mosley’s stories, these men triumph, whether society would consider it successful or not. He shows how small kindnesses given go such a very long way and how surprised, disappointed or oblivious the people giving these kindnesses can be.

True to his mystery tradition, these stories are tiny murders of the soul, things that are seldom told from this point of view, showing the insight and talent of Walter Mosley.