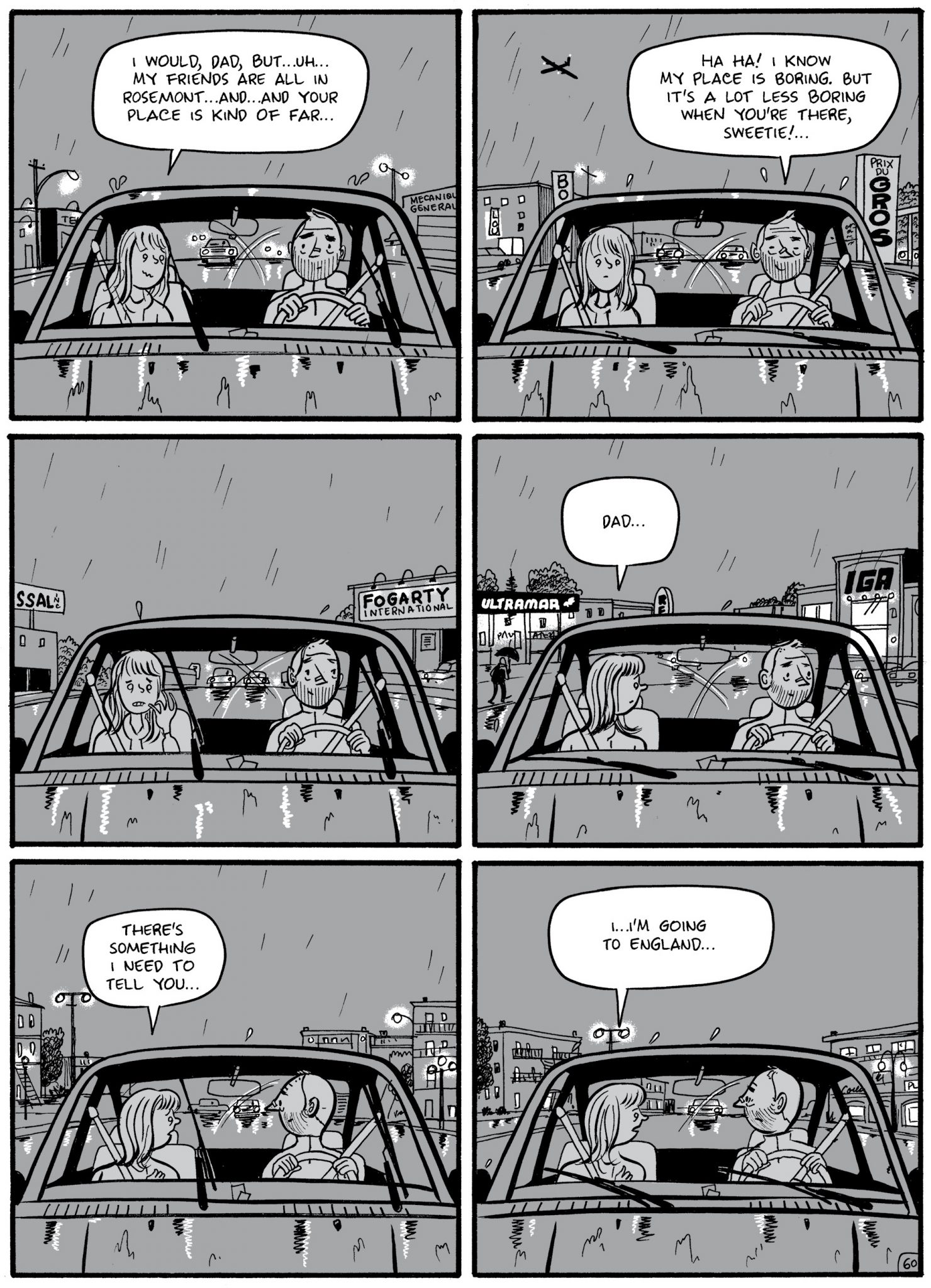 Near the beginning of Michel Rabagliati’s haunting graphic novel, “Paul at Home,” Paul brings some groceries to his mom in her assisted-living apartment when she gently scolds him for buying a more expensive name-brand can of soup. “Campbell’s stock again? You know the Metro brand is cheaper,” she says. He responds, “Yeah, but the type is ugly,” to which she responds, “The what?”

It’s just two panels that capture the entirety of their relationship. Even though he’s in his fifties, his mother still talks to him like, well, a mother. And his response, driven by the aesthetic world he’s chosen for himself, points to the alienation between their two worlds, in spite of their shared affection. (Not to mention the first hint at the protagonist’s obsession with typography, which will recur throughout the book as a pleasant distraction.)

Who can’t relate to this? When we’re young adults, we find ourselves a new place in the world that our parents, who created our original world for us, don’t occupy. It’s a rite of passage that with time can be either a source of pride for parents or simply a reinforcer of distance. Later in the book, when Paul’s barely adult daughter announces her plan to leave Canada for London, he buys her a Harry Potter scarf as a going-away present. We cringe in fear of her reaction, conditioned to  expect the worst, as parents inevitably miss the mark when trying to buy “on-trend” gifts for their maturing children. It’s one of the most subtly joyful panels in the book, near its end, when he gives it to her and she tells him she loves it, the gift even drawing a note of praise from his ex-wife, who’s joined them at the airport. It’s a joy that quickly gives way to profound sadness when the daughter departs for her plane and her mother bursts into tears, shattered, “Dammit! Why does she have to go?… Why does everything have to go?” Memories of dropping my oldest child off at college years ago and suddenly finding myself sobbing behind the wheel of a car, thousands of miles from home, rushed in. This kind of emotional recognition was a recurring theme for me while reading this.

It was early right around the time I got confirmation that I’d somehow contracted COVID-19 that I started reading “Paul at Home.” The themes of a fiftysomething cartoonist going through layers of loss—his long marriage has broken up, his mother is dying of cancer, and his now-adult daughter is leaving town to write her own story seemed perversely compelling to this fiftysomething writer who lost his father this year, especially as I plunged into the abyss of the pandemic. 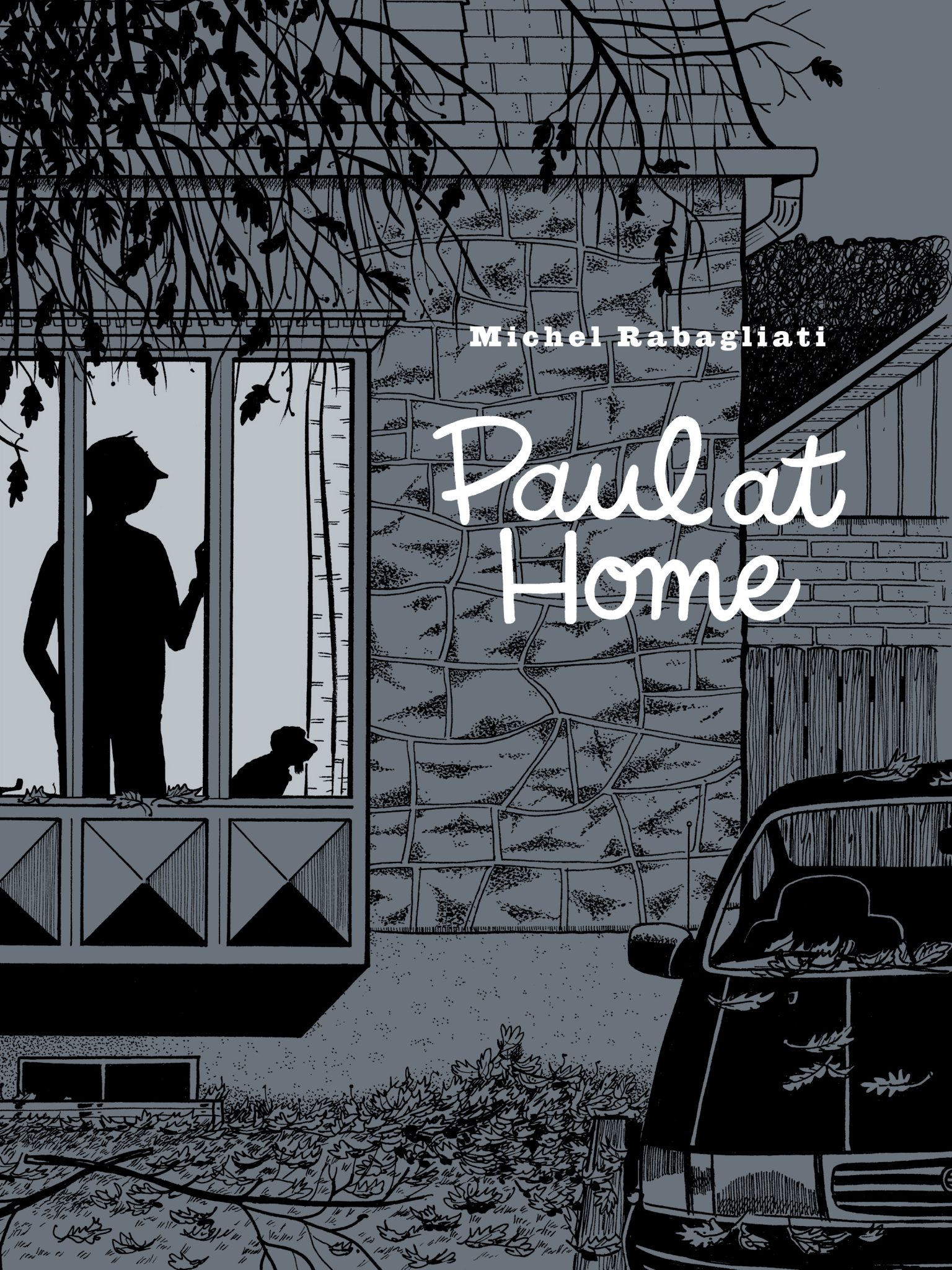 Rabagliati’s work paints life in all its shades of sadness, small moment by small moment, until the cumulative sorrow seems ready to burst. “Paul at Home” is a melancholy poem about the inevitable loss that life is; those small triggering memories that we accumulate and cherish and that crush us at the same time.

Another perfect moment: Paul has just taken his mother for an MRI and convinces her to stop for a short visit in the courtyard of the home he’d grown up in. He knows the end is near and wants to have a moment; she’s tired from the day but goes along with her son’s request. “You wanna know my favorite childhood memory of you? It’s when you painted my bike blue with that small brush,” he says. “Right there, next to the steps!” To which she responds, “I don’t remember.”

Is there hope? Yes. Some.