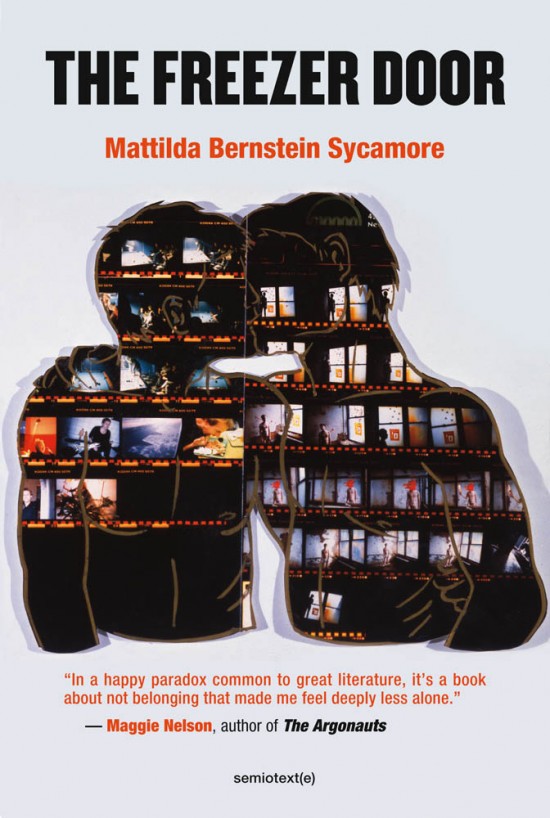 Connection is the central concern of Mattilda Bernstein Sycamore’s marvelous “The Freezer Door.” A mix of memoir and cultural criticism, her book is a journey to discover place, specifically where she can fit in as a queer person in Seattle. Sycamore has moved back after some years away, noting the differences between the city she left and the one she returns to: “I used to live in a neighborhood where no one belonged, and so we all belonged. Now I live in a neighborhood where faggots look at me like I don’t belong, and so I don’t. Soon they won’t belong either, but this won’t make anything better.” This shows the gentrification of the neighborhood as well as the gentrification of the gay community. Difference is not welcome in male gay communities, Sycamore writes. “[G]ay male culture has always sheltered the worst kinds of violence—racism, classism, misogyny, body fascism, self-hatred—so that’s why I chose queer worlds instead.” (A visit to any bar in Chicago’s Boystown will provide plenty of examples of what Sycamore writes about.)

Connection is what I hoped for when I moved to Chicago five years ago. I imagined living a life that would include lots of friendships with other gay guys. Cities are gay utopia, right? It didn’t work out that way. For a long time, I thought that meant I wasn’t gay in the right way. “The Freezer Door” illustrates that this is not an uncommon queer experience.

Connection is what “The Freezer Door” has given me, and I suspect would give to many other readers. Books can make us feel less alone, which Sycamore’s work accomplishes by not shying away from the sadness and frustration that accompanies her search for community or from the trauma she has experienced, such as telling us about her abusive father. But this is not just another sad, queer book. Sycamore gives us a sense of hope. She shows us the friendships and sexual partners that bring her happiness. The vulnerability and tenderness of her writing voice are a big part of what makes “The Freezer Door” such an engaging read. We are welcomed into her experiences. People, like the book, can exist in sadness and happiness at the same time. To be happy does not deny there are times when we are sad. As Sycamore asks, “If you can’t be so vulnerable in your writing that you think you might die, what’s the point of writing?” “The Freezer Door” invites the reader to be vulnerable, to be open to loneliness, to question cultural constructs, to consider feeling joy, even briefly, and to allow these things to be the very things that connect us.