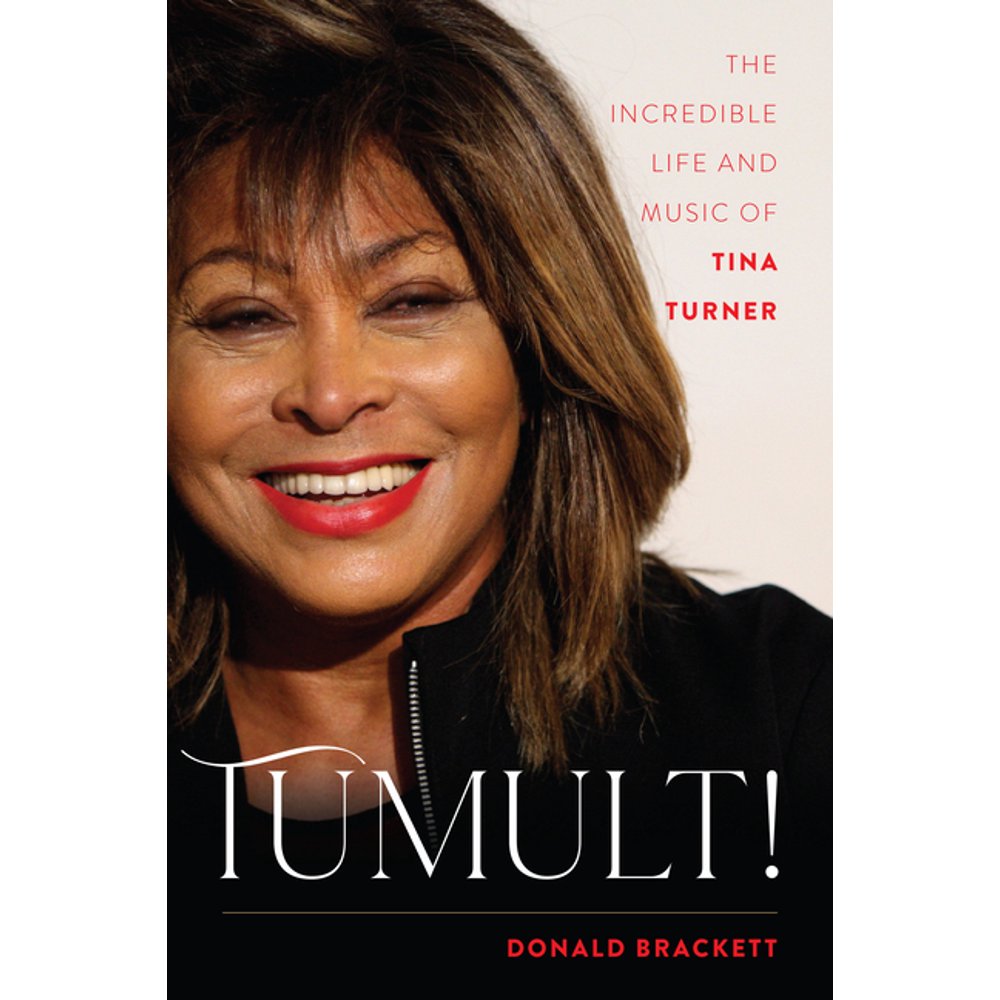 From the title, I was expecting a tell-all in the style of the National Enquirer, because “tumult” is defined as a loud, confused noise, especially one caused by a large mass of people.

Tina Turner started in the tumult of a band called the Kings of Rhythm, helmed by psychotic Ike Turner. From the impromptu performances before her mother’s dressing-table mirror to the concert stage, Anna Mae Bullock, aka Tina Turner, loved to sing and strut. In this book you will learn that Ike did not “discover” her, but she introduced her sixteen-year-old self to the twenty-five-year-old bandleader by standing at the edge of the stage during a break and asking if she could sing with him.

Unfortunately, no telling of the transformation of Anna Mae into Tina is complete without an investigation of Ike Turner. Donald Brackett does not simply portray Ike as a crazy man but explores possible causes of his cruel and unusual behavior. Considering the rigors and frustrations of the 1940s and 1950s musical world for Black artists, it is amazing that he could function at all. Keeping his revue band constantly shifting between Chitlin Circuit performances and multiple recording labels to generate money, he became maniacal. Obsessively writing music for himself and others, he enforced stringent rules for all band members to allegedly mitigate the influences of Jim Crow. Many men who played for Turner were able to escape his mania by going out on their own, but in that time frame, women did not have the ability to achieve that goal, hence Tina was trapped.

After an in-depth investigation of this environment and the circumstances of when Tina finally escaped, Brackett tells the story of her solo career, song by song, triumph by triumph. He outlines how she became not just a soul singer, but an originator of rock ‘n’ roll, an actress and an influencer of fashion and culture. Brackett, a Toronto-based music critic and pop-culture author, has penned books about singer-songwriters Fleetwood Mac, Sharon Jones and Amy Winehouse. His method here is to combine well-researched information with a discography that produces an insightful story of Tina and the world that surrounded her. It is a must-read for fans and a solid reference for anyone else.