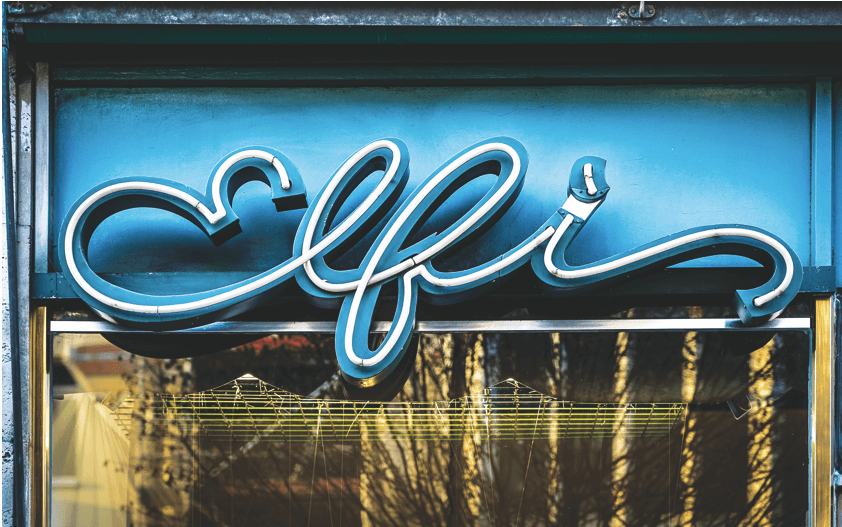 I’ll never forget the joy I felt on my first visit to New York City, at the age of twenty. It was like meeting a penpal for the first time, given the lifetime of movies, television shows and comic books centered in that metropolis that I’d already consumed. Seeing “Brooklyn” and “Queens” signs in the wild brought forth a new passion for urban imagery that’s never left me.

Jesse Simon, director of the Berlin Typography Project, understands this joy, as well as the sense of wistfulness we feel as signs of another time fade away. His new book, “Berlin Typography,” sets forth to document, in 200 vivid photos, the idea that “words define a city. At the most basic level, our experience of urban space is shaped by a complex network of place names—streets, neighbourhoods, train stations—which we encounter in our travels and later assemble into geographic order.” 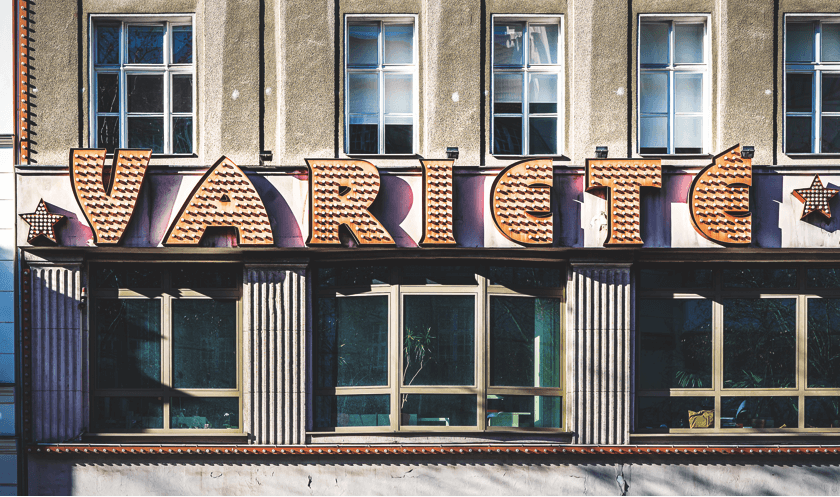 Simon sees type as an identifying characteristic of a particular city, meaning Berlin type is not Paris type, for instance. I wonder, is there a Chicago type style, a New York style? Or is this a European phenomenon, with its diversity of languages but history of racial homogeneity of populaces, versus the United States, which is diverse in people but mostly unified in language? Or has the tyranny of mass culture and chain stores simply homogenized us all? 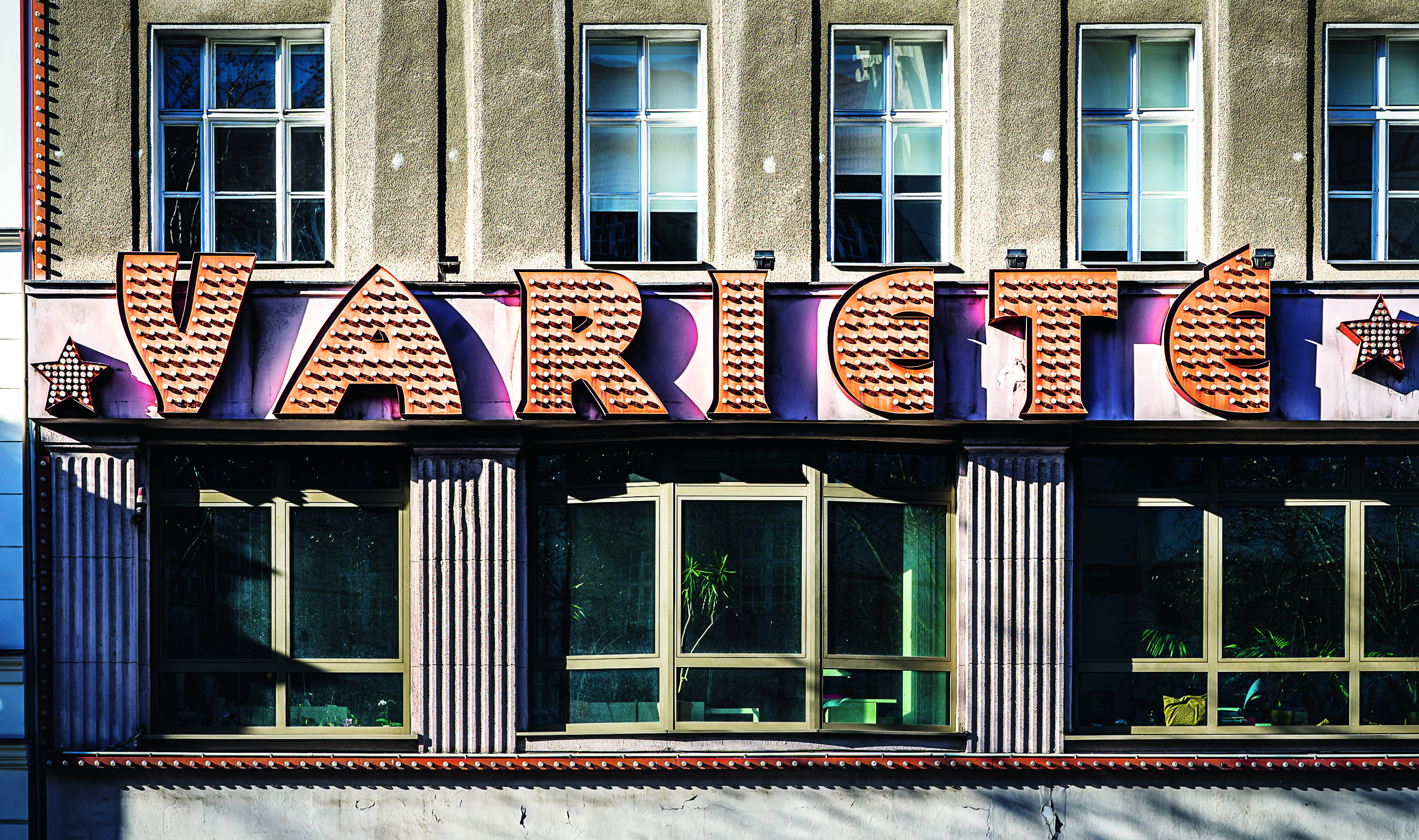 I visited Berlin for the first time in 2019 and was struck by its similarity to American cities, especially Chicago, rather than its differences. (But that late-night Doner kebab was a singular phenomenon.) Distinctive typefaces on signs were less conspicuous to my eyes than the preponderance of the German language that filled them, with its compound words and letters not found in the English alphabet.

Likewise, I felt a sense of familiarity with images in this book; Chicago’s large German heritage lives on, at least in signs that mark neighborhood business long after its influence on the larger population has waned.

Nevertheless, Berlin, with its long and tempest-tossed history, is a perfect setting for this work, as the evolution of styles in the East and the West of the city, divided for much of the twentieth century, were on divergent paths from World War II through reunification. This is especially notable in the public signage—street and transit (U-Bahn) signs—of the two half-cities. 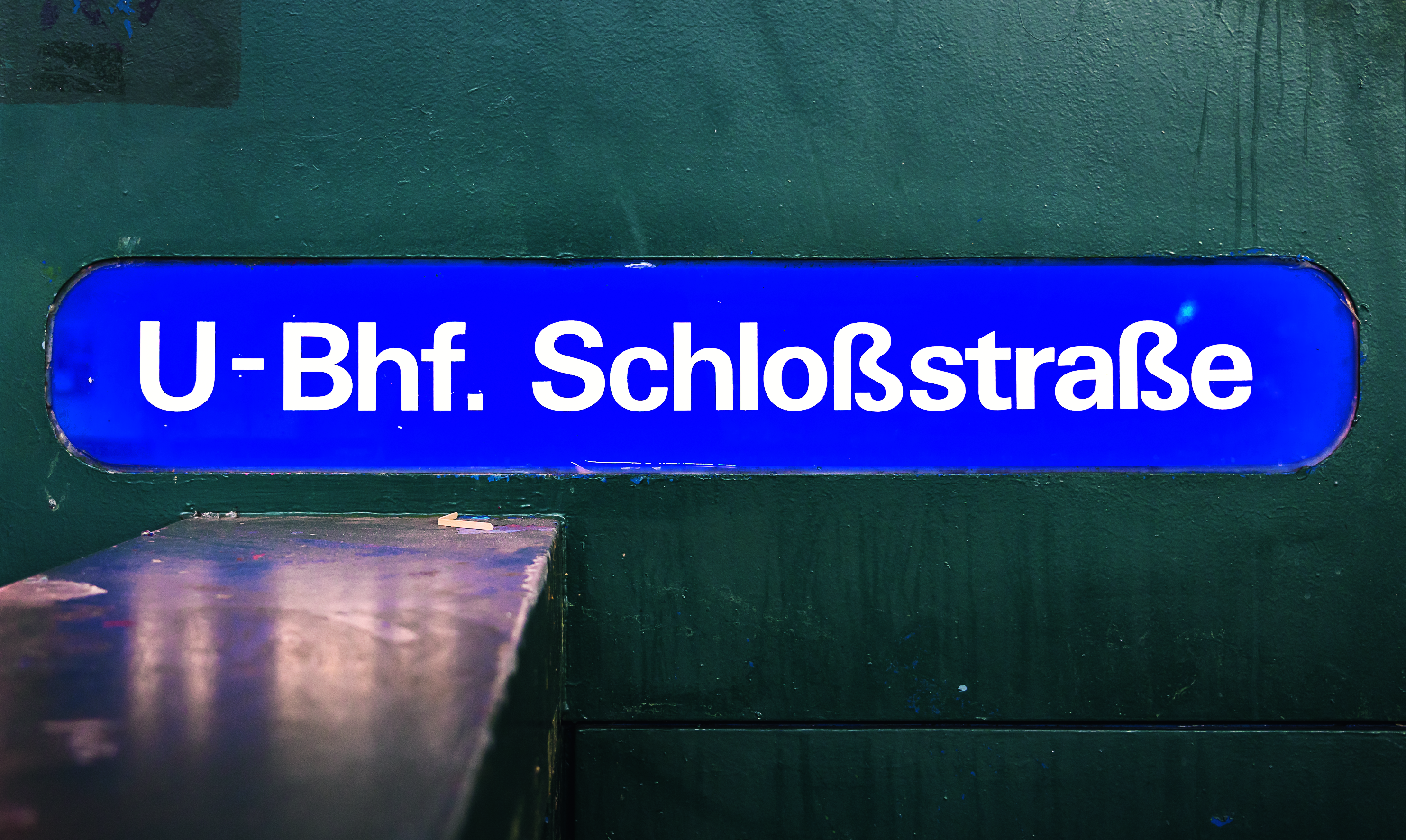 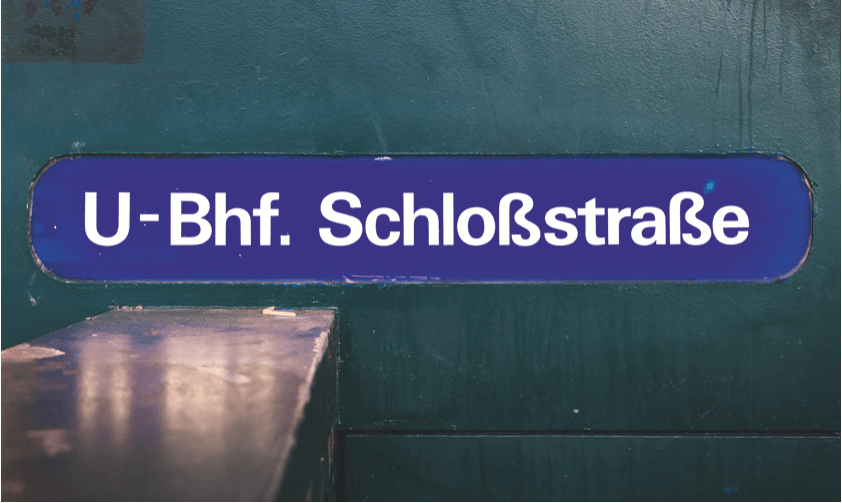 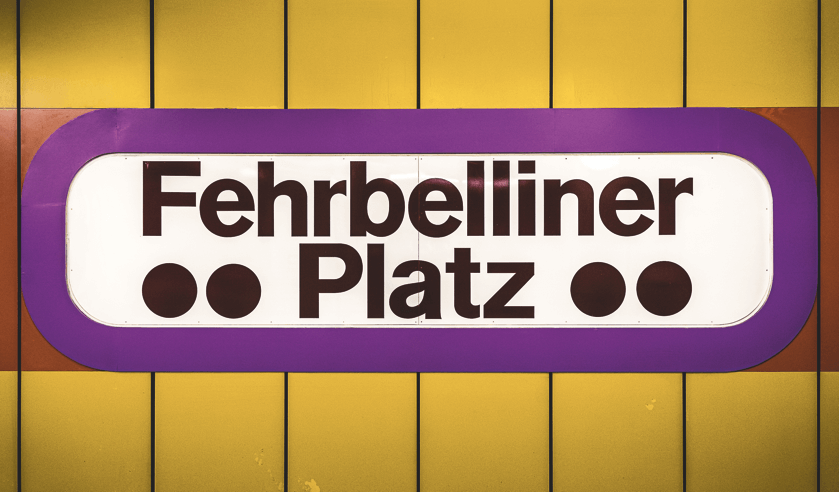 With their obsession with propaganda, it comes as no surprise that the Nazis paid attention to typography, first embracing blackletter scripts as Simon notes, as “a quintessential expression of the German national spirit” only to ban them in 1941 due to alleged Jewish origins. The aftermath of the war, and the long period of Cold War that followed, made Berlin more of a time capsule of type than it would have been under other circumstances.

We tend to think of Berlin in drab tones of East German grays and browns, but the city’s color palette pops, at least in its signage. Bright yellows and light blues are so pervasive that you’d be forgiven if you thought IKEA found its identity here.

And Berlin, a city just a third larger than Chicago, has a cultural life that New York City might covet, with three opera houses and five major symphony orchestras, not to mention hundreds of techno and live music clubs. And cinemas! What riches! Especially since so many of them are palaces to rival our own Music Box, which stands alone in Chicago as the last of its kind. It’s those movie palaces and vintage bars that give a visual identity to Berlin culture (along with architecture, of course).

Retail typography, where creative flourishes thrive, often ends up in a sort of unification of style by type of business, see, for example, apotheke, or pharmacy. 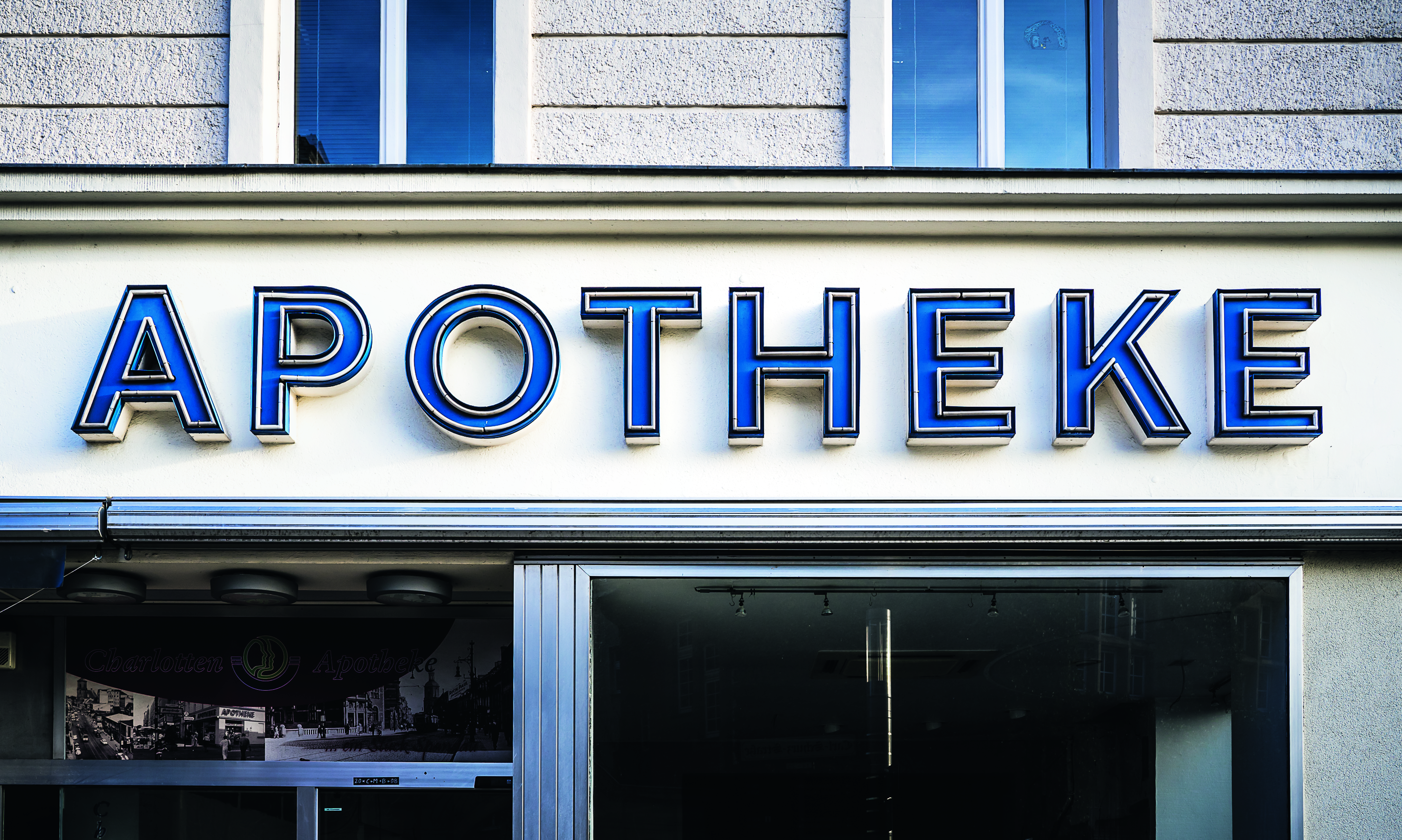 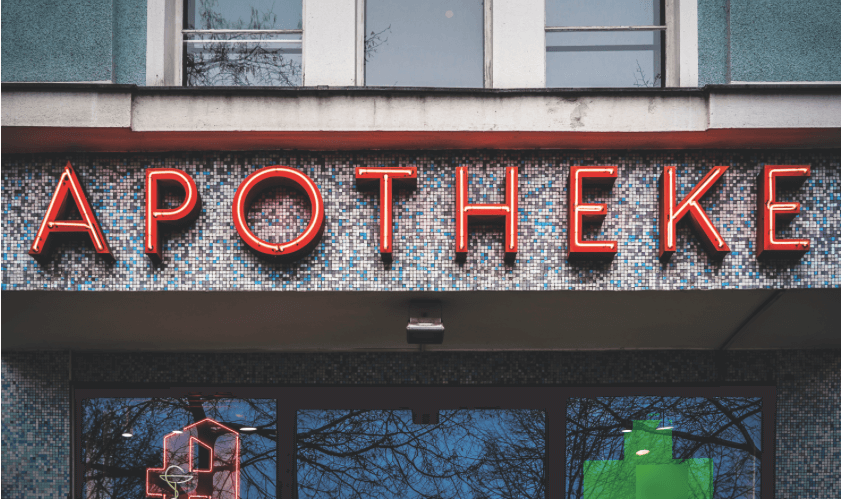 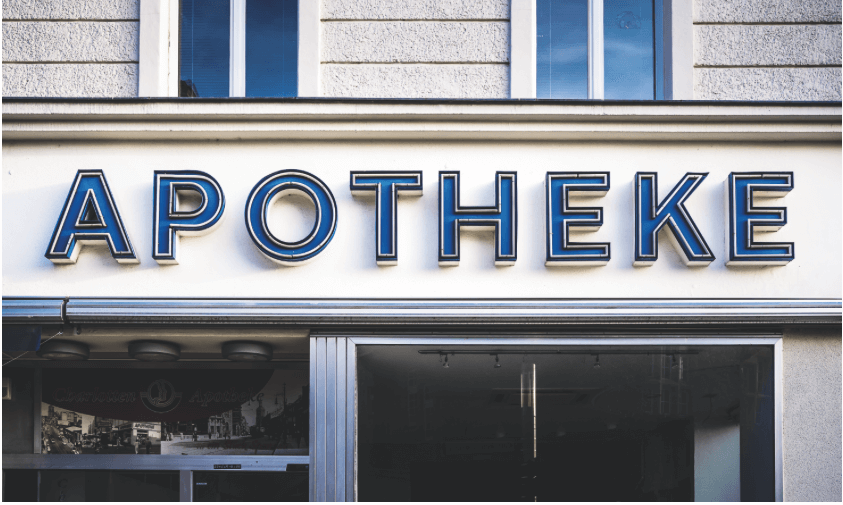 A handsome little book that any city-loving, type-loving, sign-loving person will adore, “Berlin Typography” ultimately has more to say about urban taxonomy than typography. But that’s not even a quibble, as I suspect the chosen title has more cachet than, say, the more accurate “Berlin Signs.”