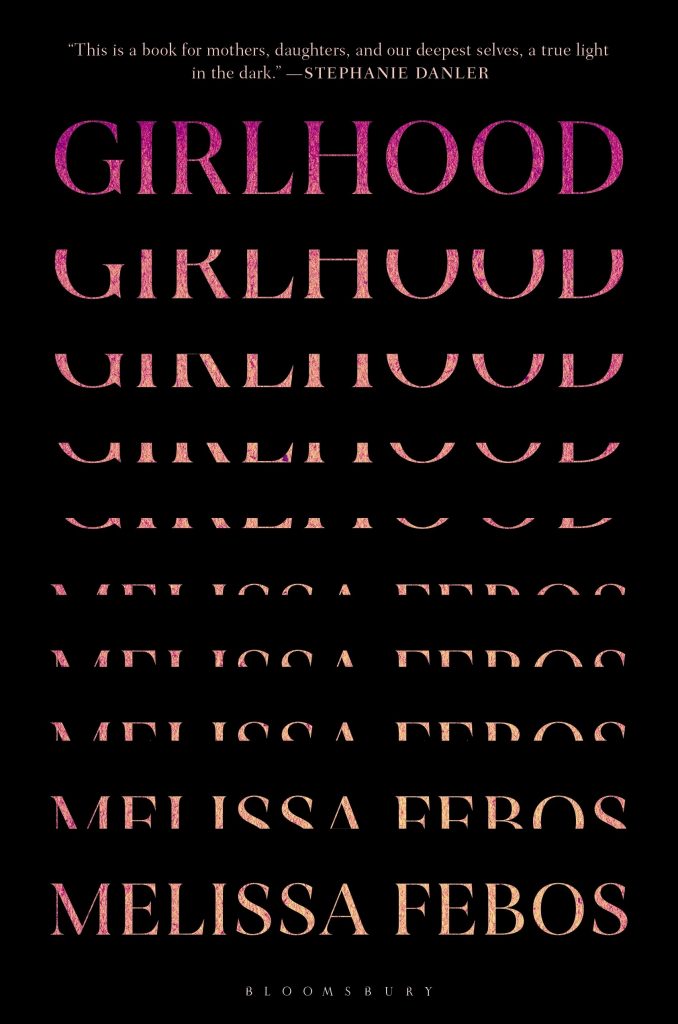 Trilogies are traditionally reserved for fiction or movies. But Melissa Febos is here to disrupt the traditional with her essay collection, “Girlhood.” Febos builds off the worlds she created in two previous books, “Whip Smart” and “Abandon Me,” with eight essays that are a phenomenal, beautiful mix of investigation and lyricism to delve into the trauma and wonders of being a woman. The continuation of threads from her earlier books is extraordinary, not only in terms of craft, but because it shows the complexity of life, how one event or relationship can influence others, and how the unrelenting grip of the patriarchy affects us all.

As Febos says in “Thank You for Taking Care of Yourself,” after she is triggered at a cuddle party, “Patriarchy is the house in which we all live. It possesses all of Western culture and industry and has for centuries.” This passage appears a few essays after “The Mirror Test,” in which the author discusses Heinrich Kramer’s 1487 treatise “Malleus Maleficarum,” which called for “the arrest and torture” of women considered to be witches. Women “who had reputations for being independent or free with their views or disagreed with him [Kramer] publicly” were the women he wanted silenced by calling them witches and the government aided this by passing “a bill that allowed men to prosecute witches as heretics.” Women getting harassed or abused on social media, in politics, on the street, in their own homes, and often killed for simply being a woman are prime examples of how the patriarchy continues to possess us. Febos, who masterfully weaves the patriarchy’s current and historical influence throughout the book, enhances the emotional impact of the theoretical and historical by showing how they ripple through the real-life stories of women she interviews for her essays.

Her own story is present, too, which provides the connective tissue throughout her trilogy. Febos’ relationship with Donika is a highlight of the book, because here we have a queer relationship that is loving, tender and supportive. The writing doesn’t center this relationship, but for queer readers like me, it’s an image we don’t see represented enough in any art form, so its inclusion is a joyous moment. It also connects “Girlhood” to Febos’ last book, “Abandon Me,” which is, in part, about her unhealthy relationship with a previous partner, by showing us how she, and her intimate relationships, have evolved.

Reading her earlier two books is not required to have a meaningful experience. Like all great art, “Girlhood” stands on its own as we get a full picture of Febos’ journey in finding her own value in a world that actively prevents women and other marginalized folx from doing so. Febos shows us, the women and queers who long to do the same, that it can be a difficult journey, but not an impossible one.