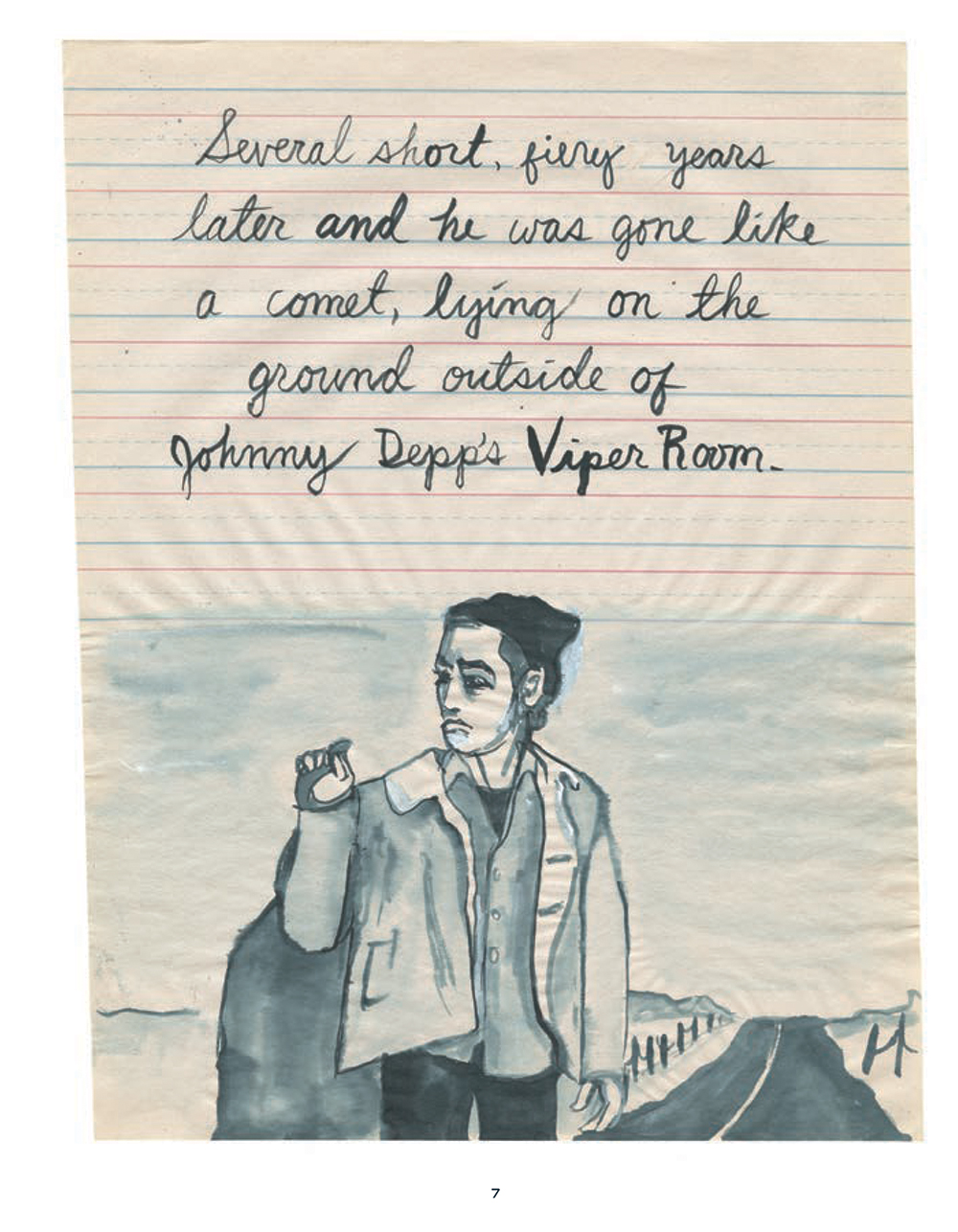 Thanks to the television series “Portlandia,” its namesake city has an oversized reputation for hipster excess at a comic level. But last year’s protests over the murder of George Floyd, which continued longer in Portand than in any other American city, brought a not-so-funny side of the local culture to light, when the violent alt-right group Patriot Prayer, based in nearby suburban Vancouver, Washington, along with other pro-Trump white supremacists, clashed with protestors, which led to the death of the far-right supporter Aaron Danielson, which in turn led to federal agents killing the far-left activist Michael Reinoehl, who was suspected of shooting Danielson.

It’s the antecedents of this not-so-sunny side of Portland that shape the experiences of Mannie Murphy in their debut graphic memoir, “I Never Promised You a Rose Garden.” (The “City of Roses” is Portland’s official nickname.) Murphy frames their story with the drug overdose death of the actor River Phoenix in front of West Hollywood’s Viper Room on Halloween in 1993; as a youth they’d become obsessed with Phoenix through his role in Portland auteur Gus Van Sant’s “My Own Private Idaho.” Murphy explores the seamy side of Van Sant and his obsession with marginalized young boys, as well as the heroin use that Phoenix took up while filming “Idaho” in Portland. Before long, we discover Murphy’s more direct connection to Van Sant—their school, M.L.C., which was the director’s “hunting ground for finding boys and girls (mostly boys) for his films in the ’80s,” an alternative public school they characterize as a place “for misfits and dropouts.” Before long, a brutal, racially motivated murder of a young Ethiopan immigrant connects the strands; their school, which a couple of the murderers attended, and Van Sant, who’d made a short film, “Ken Death Gets Out of Jail.” Death had been a well-known presence on the local underground music scene, and Van Sant hoped to audition him for “Drugstore Cowboy” before he became a notorious murderer.

In a similar fashion, Murphy connects the dots of Oregon’s long history as a crucible of white supremacy and violent racism, dating back to its founding laws banning Black people from entering the state, as well as statutes prohibiting Chinese and Japanese immigration, through the early twentieth century membership of Portand’s leadership, including the mayor and the police chief, in the KKK. Through blatant redlining that limited Blacks to Portland’s Albina neighborhood, through police murders of Black citizens where not only did the killers remain free and on the force but where other police officers would make T-shirts that read, “Don’t Choke ‘Em… Smoke Em” atop a drawing of a smoking gun. The victim in question, whose funeral was the occasion for the shirts, was killed by a chokehold. 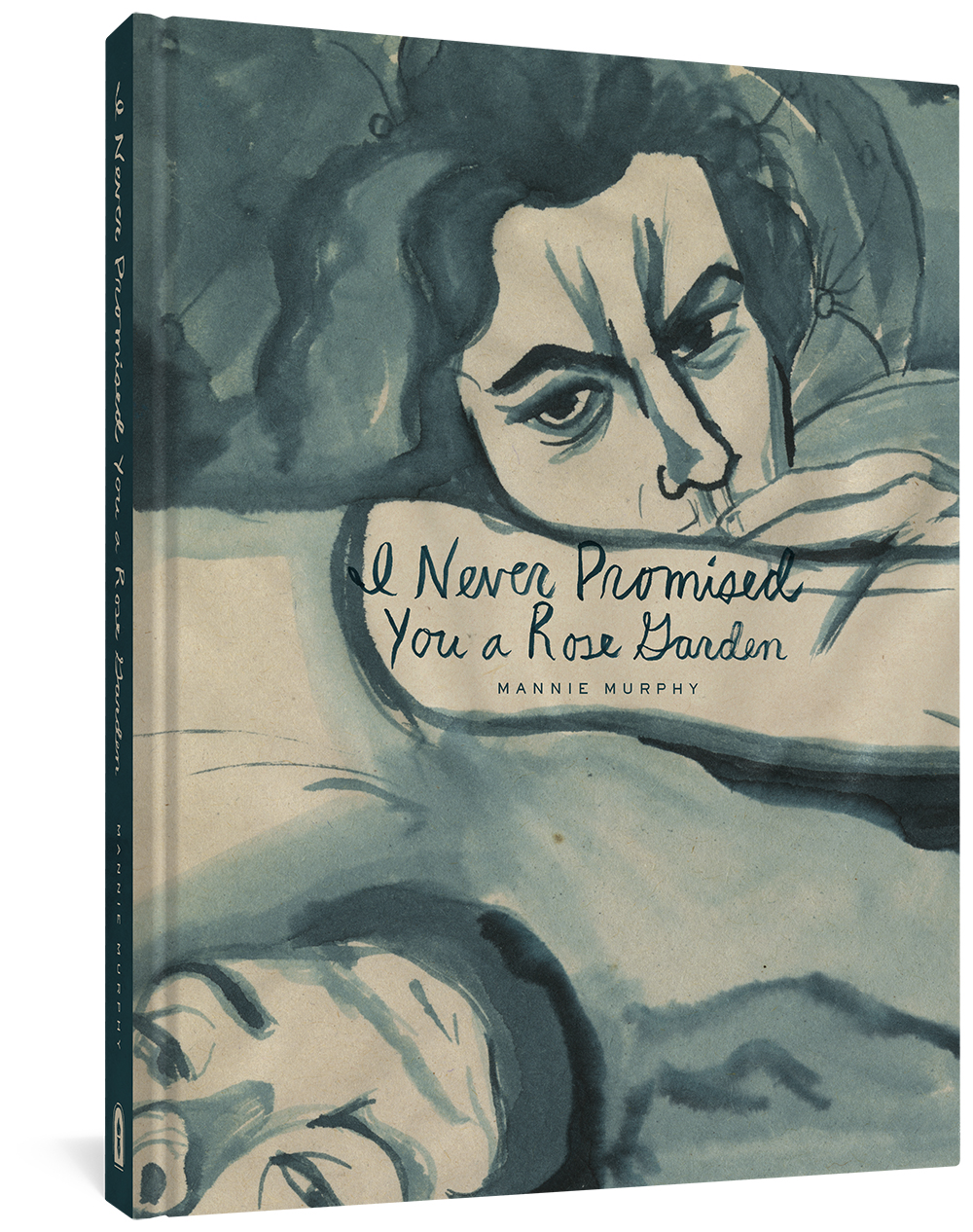 Murphy’s book is an unrelenting litany of such horrors; I don’t think they say anything positive about their hometown. It got me thinking about how many horror stories we could tell about Chicago if we wanted to cast this city in a similar light (one being the murder of Fred Hampton by the authorities, now being relived by audiences in the Oscar-nominated “Judas and the Black Messiah.”). But they are entitled to their perspective, and they indict the political establishment as well as the arts underground—especially Van Sant—in a despair-filled cycle of drugs, racism and death.

The book’s visual style—a diary written in cursive on schoolchildren’s lined paper with images illustrated in wet blue ink washes—is stunning and just spot-on in conveying the gloomy menace of Murphy’s world. Though they won’t be feted by the local chamber of commerce, this is the work of an important new voice in the graphic storytelling medium.

I Never Promised You A Rose Garden
By Mannie Murphy
Fantagraphics, 216 pages