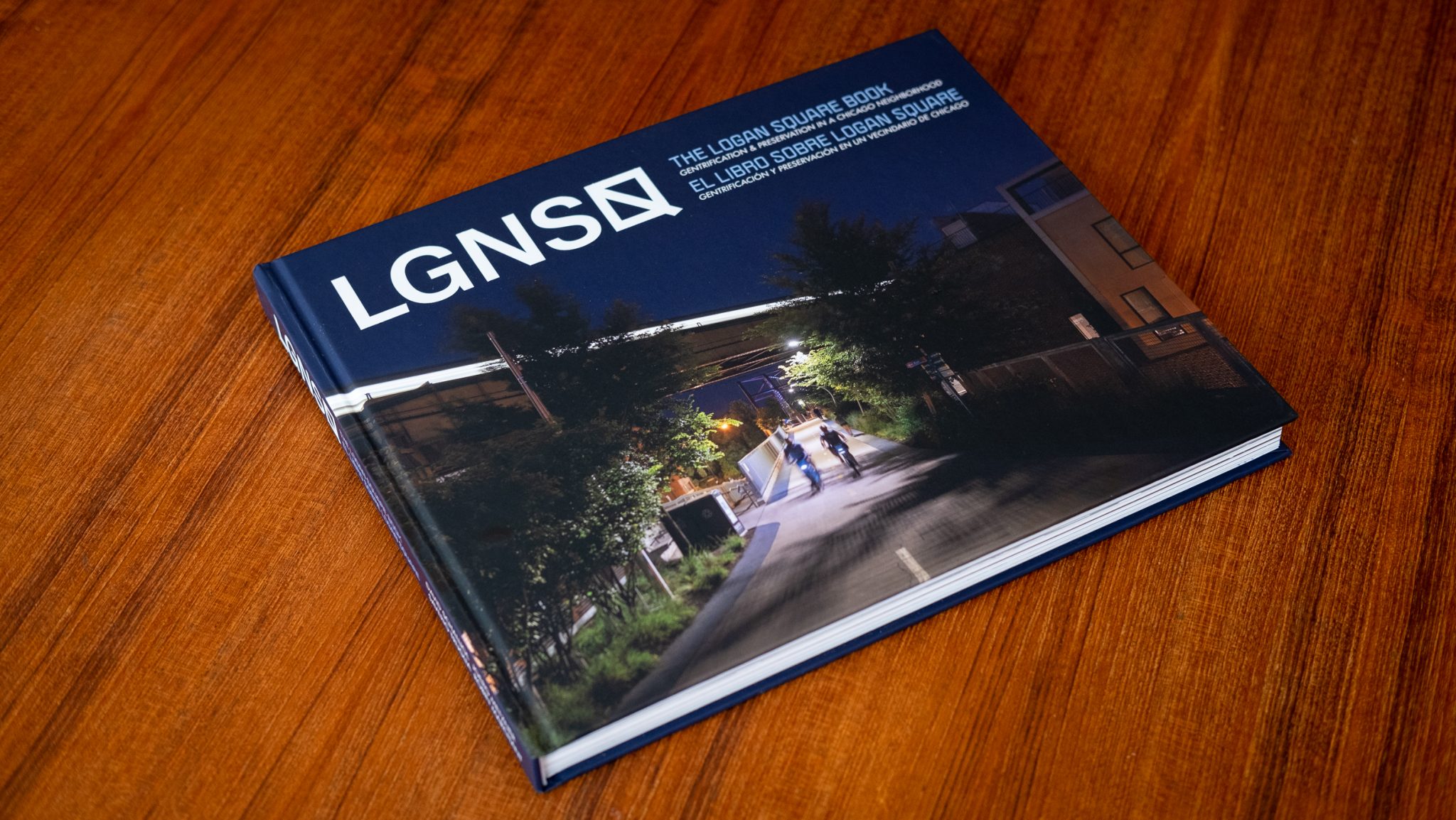 Some people live in neighborhoods. Some of us fall in love with them. After we moved to the South Loop right out of college, we fell hard for Printers Row and started a neighborhood newspaper that eventually grew into Newcity. Khloé Karova decided to make a beautiful coffee-table book that captures her neighborhood, Logan Square. We corresponded about this endeavor via email. 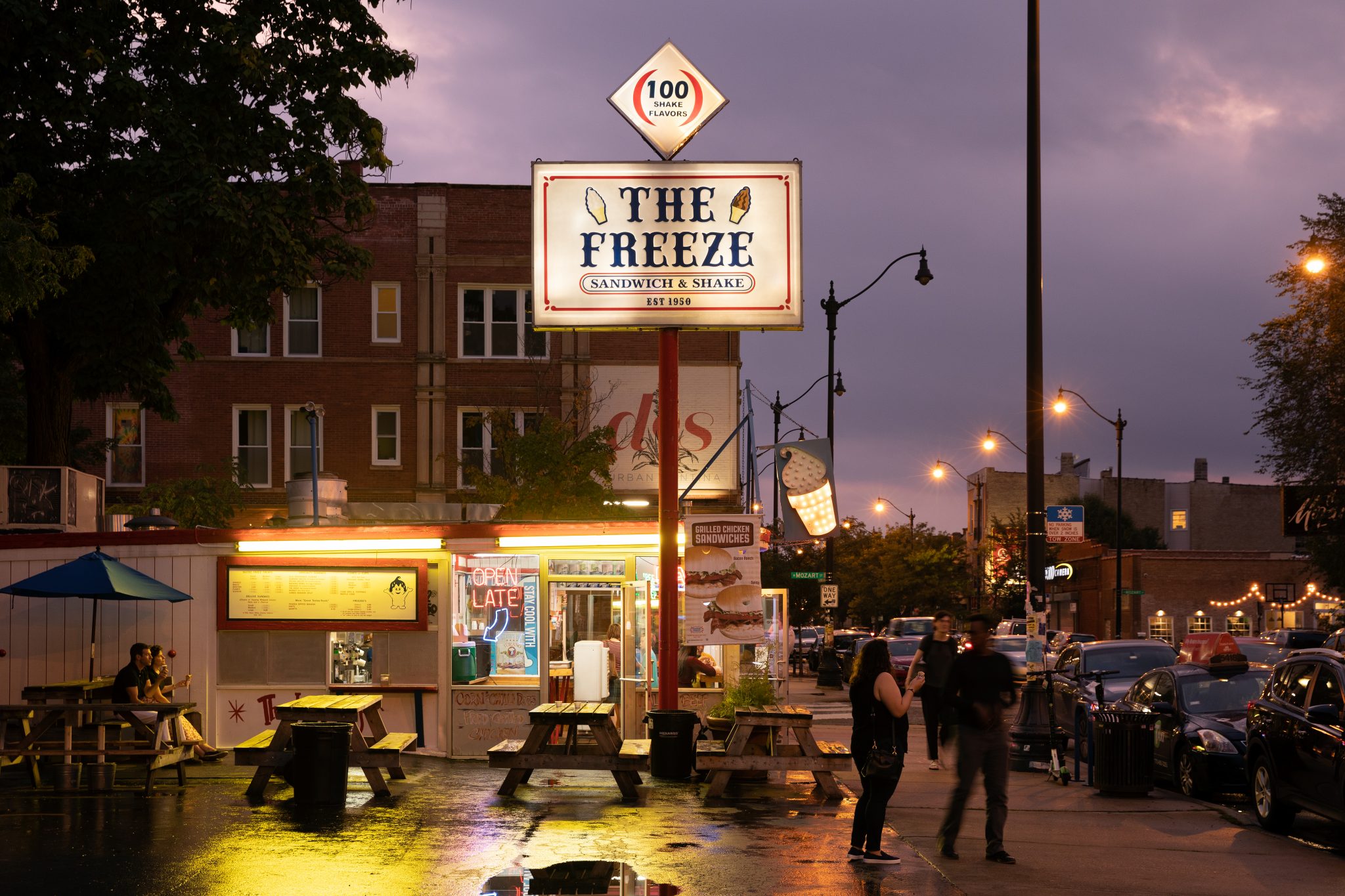 I am a financial advisor and owner of Modern Capital Concepts, an investment management and financial planning firm based in Logan Square. I bought my house on Spaulding and Armitage in 1997 after getting priced out of Wicker Park. Many people in Logan Square know me as the woman who runs the financial literacy programs at the Logan Square Chicago Public Library, but what I am most passionate about is building community.

Since my teens, I have been doing something in the arts. I started in musical theater and ended up graduating with a degree in art history from Northwestern. In my twenties, inspired by Lumpen magazine and V.I. Lenin, I published along with a team of dedicated volunteers a community newspaper called the West Town Free Press. What I learned from my education and experiences was that the most meaningful art, at least to me, was art that met the moment. My last art endeavor was in 1997. My team of activists—Greg Fitzsimmons, Peter Zelchenko, Marla Bramble, Will Ellison and others—created a forty-by-forty-foot Monopoly board in Wicker Park that summer to engage residents on the topic of gentrification. Players could pretend to be developers or yuppie couples and negotiate with the Alderman for a zoning change.

Since my undergraduate years, I’ve been a collector of art books and I loved the idea of a photography book that would capture Logan Square before gentrification fully took hold. Having lived in Wicker Park in the early 1990s, I witnessed how gentrification could lead to the erasure of indie and Latinx culture. With the book, “LGNSQ,” I wanted to create a time capsule of what makes Logan Square an interesting and diverse place to live. 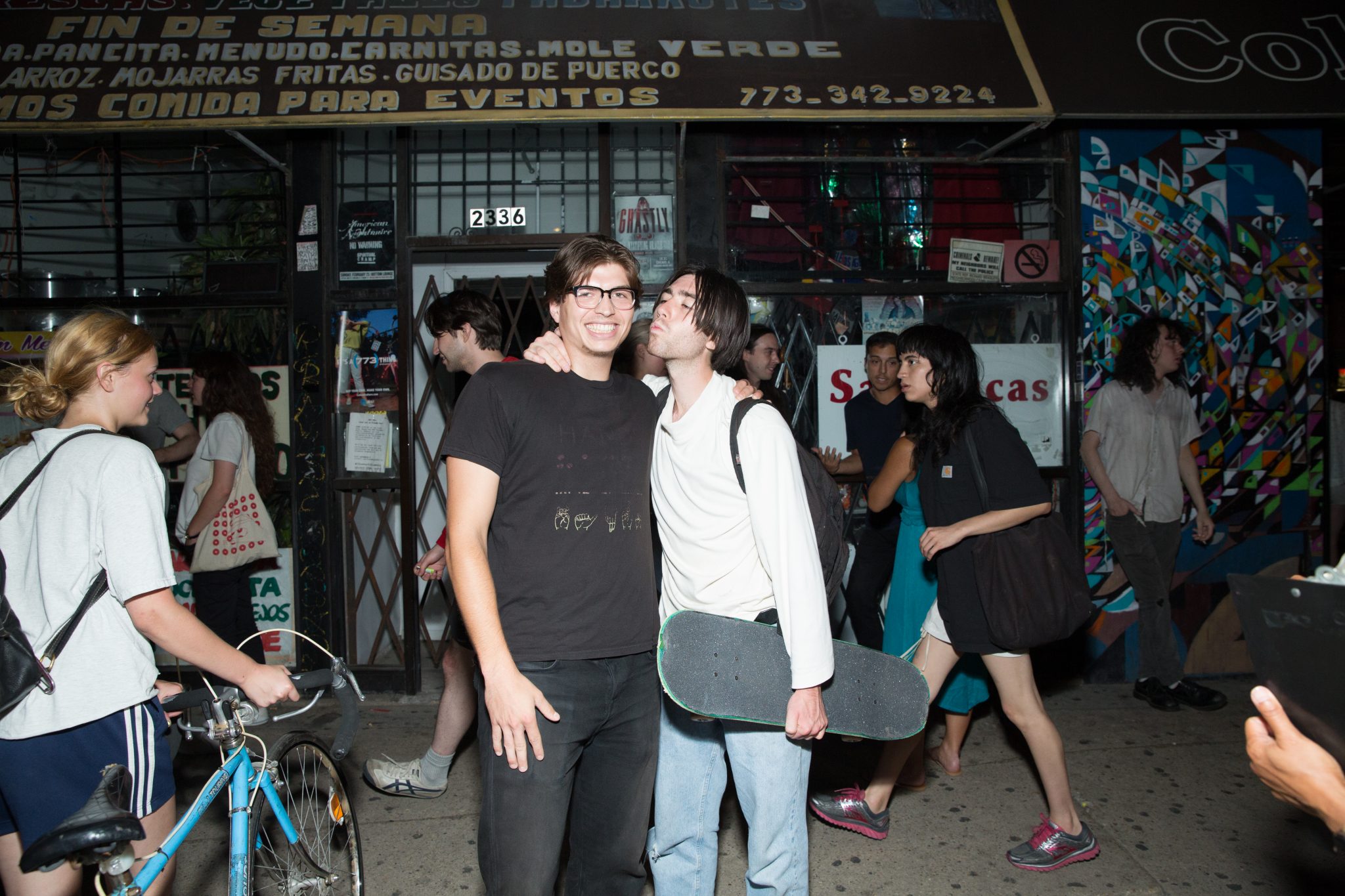 Tell me about the genesis of the book.

When I decided I wanted to capture everything that happened in a neighborhood over the course of a year, I knew it would require a team. On the “Logan Square Book” team are four photographers, three writers, an editor, a book design firm, translator and proofreader.

Saverio Truglia is the lead portrait photographer and does my corporate photos. He is primarily known for commercial work for brands such as McDonald’s and Ritz-Carlton. I pitched the book idea to him in March 2019 at Lula Café and he immediately embraced the idea, but said I needed three more photographers, one for nightlife, one for street art and one for buildings.

For buildings, Saverio and I both thought of David Schalliol, who is the director of “The Area,” a documentary about displacement in Englewood, and I consider him one of the most important building photographers today.

The book designer, Jason Pickleman, suggested Joerg Metzner for street art. Joerg does not live in Logan Square but is running a similar project in Evanston called “Picturing Evanston” so he understood my motivations behind the project and is a huge fan of public art.

Robin Marchant came to the team via Facebook. When I asked my photographer friends and gallery owners if they knew of any female photographers who could help with the nightlife scenes, people drew a blank. (And I’m like, “Really? You don’t know a single female photographer?” WTF?) I posted the position on Facebook on the Logan Square Community page and Robin responded. Robin is a celebrity photographer who covers events like the Oscars, Grammys, Super Bowl and Fashion Week. She is also seen on the red carpets of all the major film festivals in North America.

I found our lead writer through Andrew Huff, founder of Gapers Block. I asked him who is the best bilingual writer in Chicago and he said Ines Bellina. Ines has written articles and reviews for publications like The A.V. Club, The Billfold, Heauxs, Book Riot, Gapers Block, Prairie Wind and other outlets. She lives in Avondale.

The book was entirely self-funded. It cost me over $100,000, which I paid out of cashflow. I paid for my MBA at Booth out of cashflow, so I knew how to bootstrap. Printing was the biggest expense. It’s a 300-page full-color photography book and it was important to me that it was museum quality. While most brick and mortar shops are closed, people can purchase the book through the website, www.lgnsq.com. I printed only a thousand copies and so far 700 have been sold. People can also find it at the Chicago Public Library. 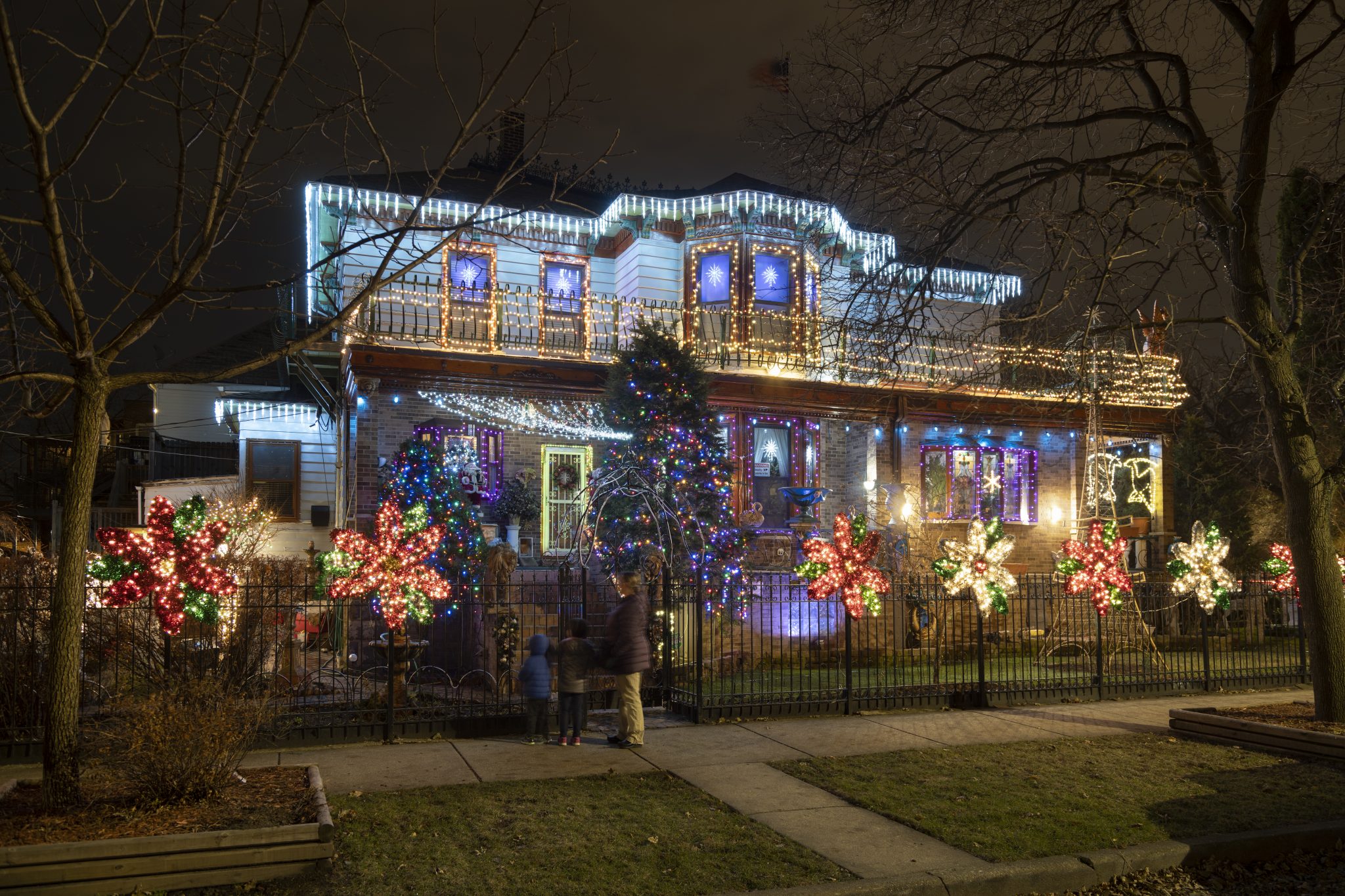 What’s the thinking about what is and is not included? For example, you cover street art and the built environment in detail but the things that those of us outside of the neighborhood associate most with Logan Square, bars and restaurants, are covered in less depth.

It was not easy deciding what to include in the final selection. The photographers took over 30,000 images of the neighborhood and writers interviewed over a hundred residents. As much as possible, I let the community decide what to include. Halfway through making the book, in December 2019, we held a community forum at the Hairpin Arts Center that was attended by over a hundred residents and people told us what they wanted to see in the book. Logan Square residents care deeply about the loss of everyday structures like the corner store or worker’s cottages. Social justice was a big issue. Many of the profiles like the knitting circle, protests, community gardens are there because residents asked for it. The cafés were chosen based on feedback from the Logan Square Community’s Facebook Group. There was this monthly back and forth of me posting questions on the group’s Facebook page and discussion.

From my perspective as a Logan Square resident, bars and restaurants are noteworthy when they reflect the values of the community. Revolution Brewery and Café Mustache are, in my opinion, two businesses that say a lot about Logan Square’s values: inclusive, innovative, unpretentious and fun. Ines Bellina and Ben Tanzer produced some wonderful writing on the restaurant scene that we had to cut but I might post later on lgnsq.com. 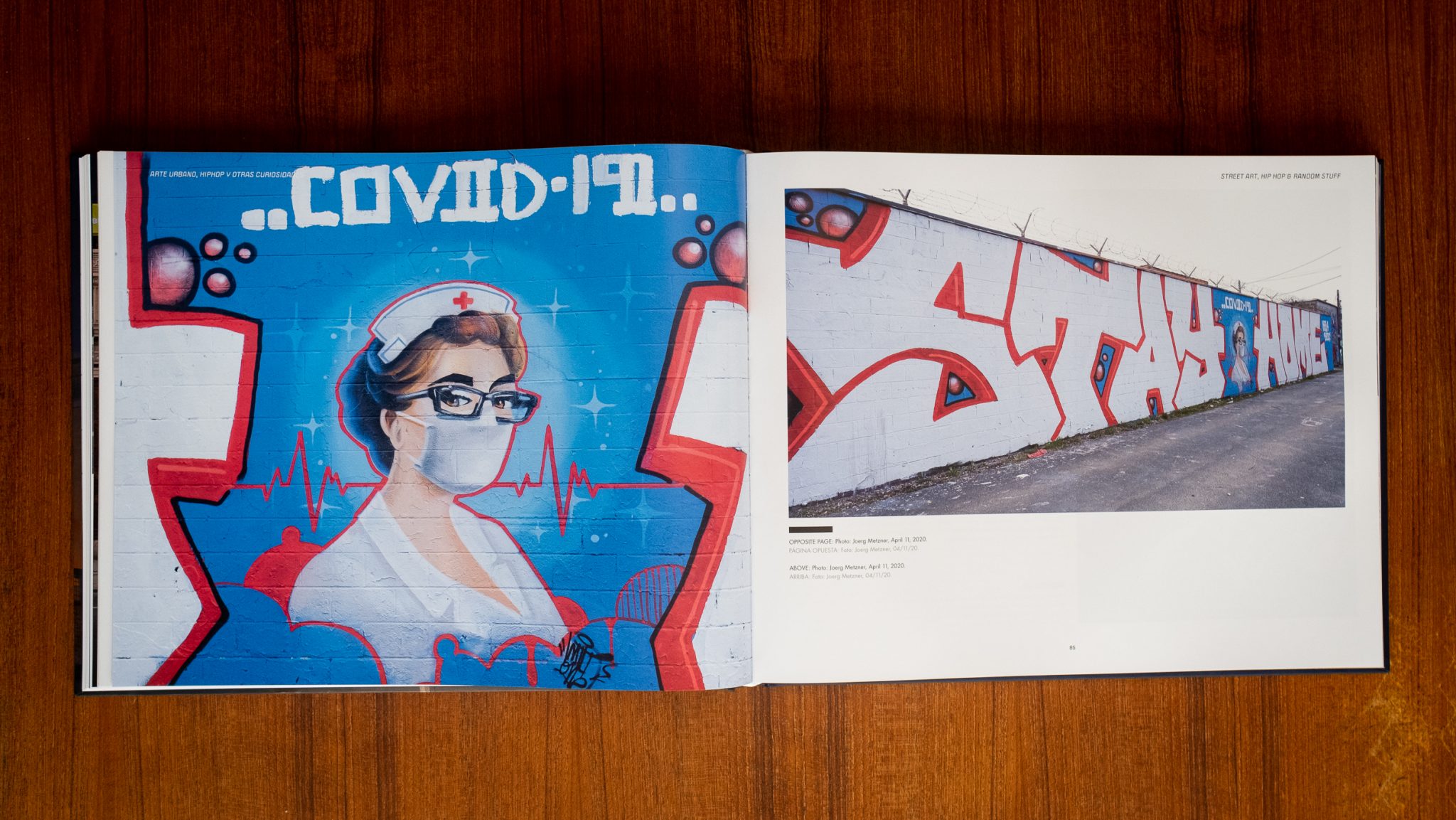 Talk about the lasting effects of the pandemic on the neighborhood. I am thinking specifically about the demise of City Lit, a bookstore you feature prominently, but I am sure there are others.

I think it is too soon to tell what the longterm effects of the pandemic will be on small business in Logan Square. I do hope City Lit finds a new operator. If it does not, at least it shows the importance of bookstores in building community. I believe rising rents will continue to be the main contributor to the demise of bricks and mortar. Ines was able to interview a number of businesses at the onset of the pandemic and several did seem to pivot. Torres Omar Jewelers, one of the longest-running family-owned businesses in Logan Square, started doing QVC-like shows on Instagram and business has been brisk throughout the pandemic. Kevin Womac, owner of Boulevard Bikes, says sales have been steady. Some of the operators we profiled, like Tony Mangiullo of Rosa’s, have been in the neighborhood since it was infested with gangs. Others like Twisted Scissors opened just before the Great Recession of 2008 and are still going strong. I have confidence they can see this through. 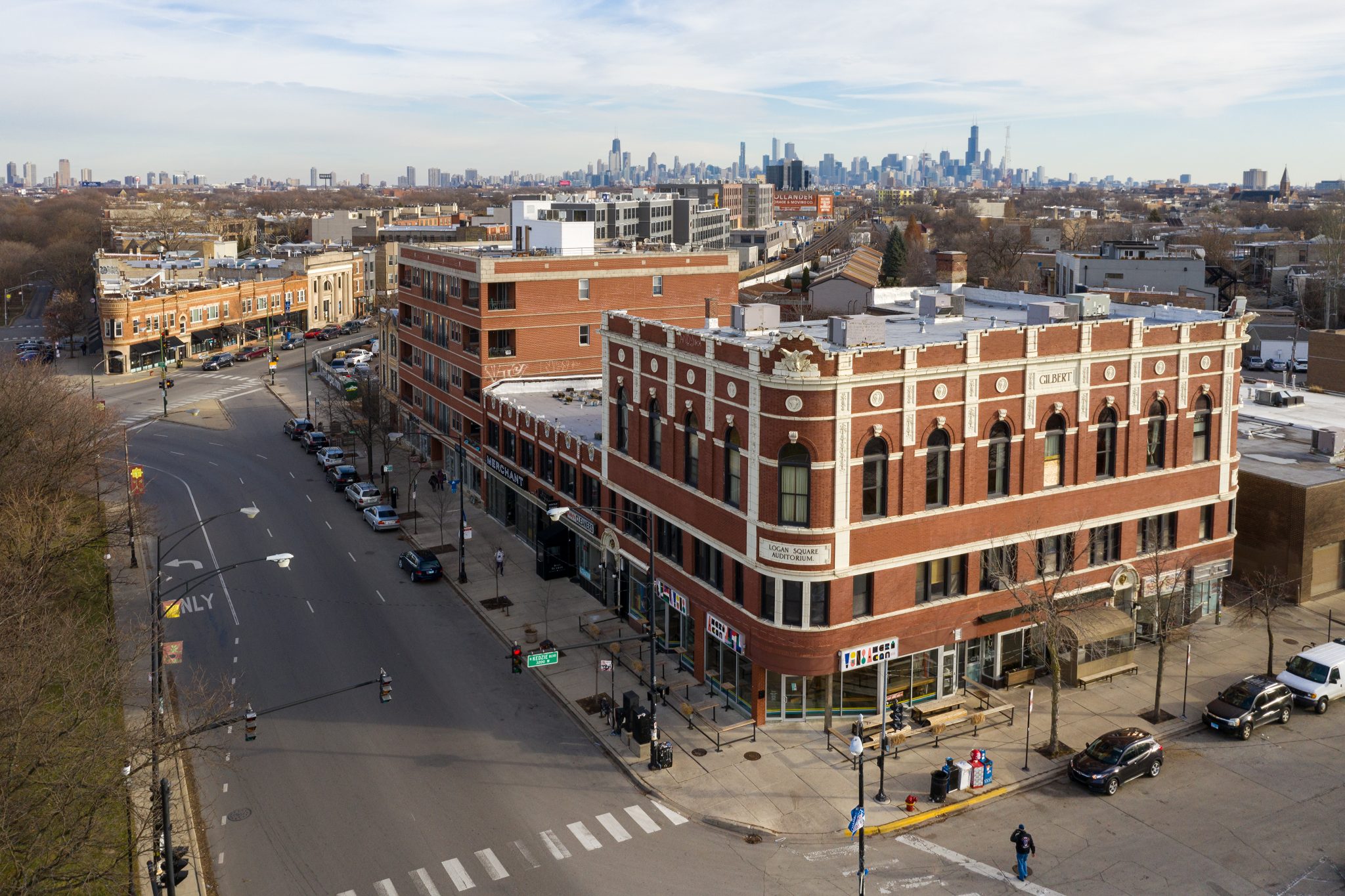 There are lots of books about Chicago or famous Chicagoans. What is missing are books about everyday people and their everyday experiences in communities. It is the everyday people, vernacular architecture and street art that forms our reality. My primary objective is to inspire conversations about what defines Logan Square and what we can do to preserve it. There have been some unexpected uses for the book which delight me. Some residents, like Zack Frazier, think of the book as a way to discover new parts of Logan Square. BBoyB uses the book to pass on the history of hip-hop culture in Logan Square to the next generation. There is a real estate agent, Kat Barry, who uses the book to welcome new homeowners to the neighborhood. Some parents are buying the book for their young children so they can show them what the Logan Square looked like when they were babies. It is very moving to me to see the myriad reasons people are acquiring the book.

Like many residents, I have mixed feelings about gentrification. The name of the book “LGNSQ” is my idea of what the ticker symbol of Logan Square would be if it were traded like a stock. In a way, it is a sort of acceptance that some people treat Logan Square as a collection of assets to be traded. But I lean more toward development without displacement. I live next to affordable housing and I fully support mixed-income communities. I like that children grow up with a variety of role models: investment people like me, city workers, students and retirees. Logan Square has room for everyone. Everyone is welcome and all cultures are valued. That is what I want to get across in “LGNSQ.” 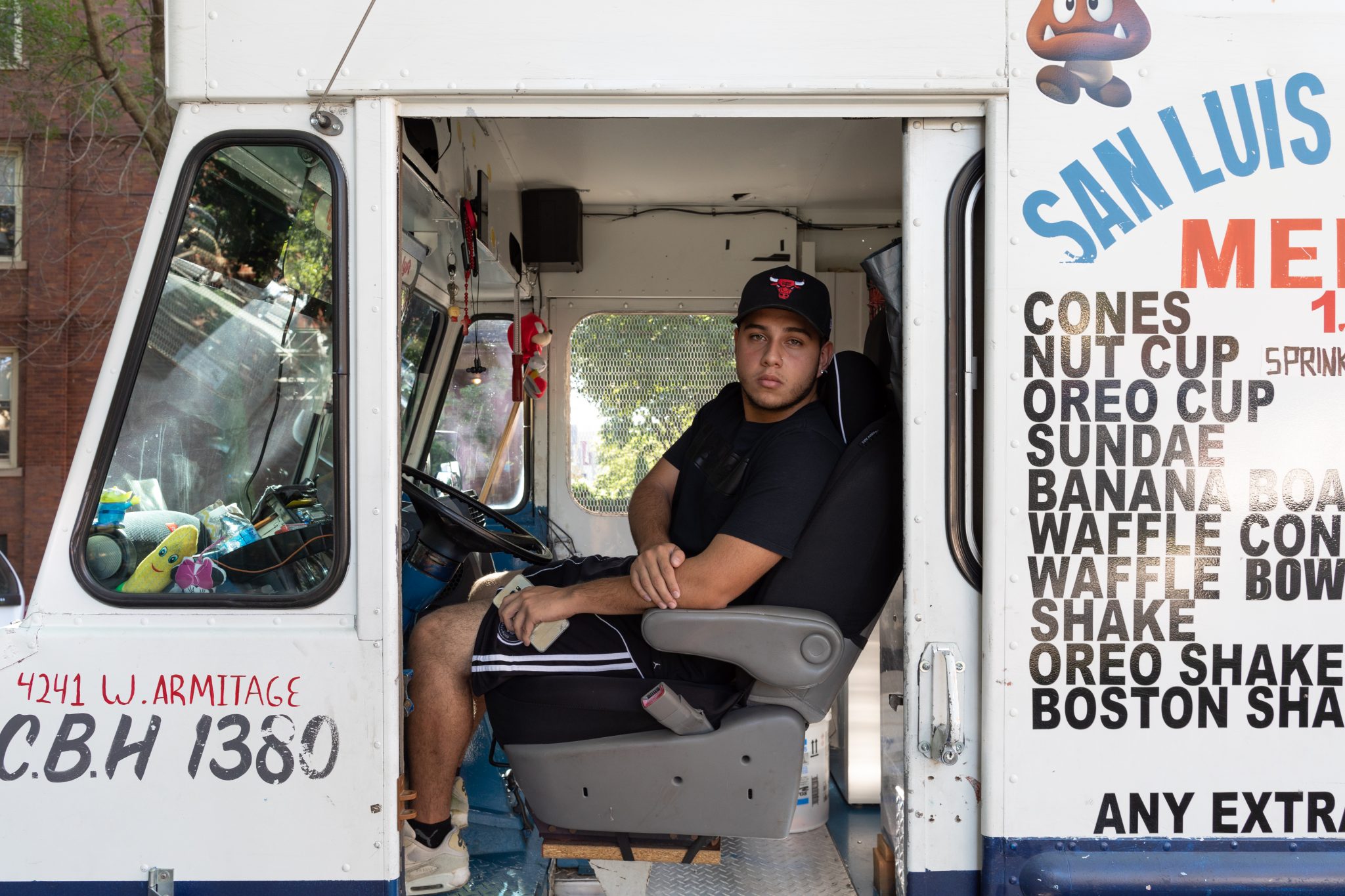