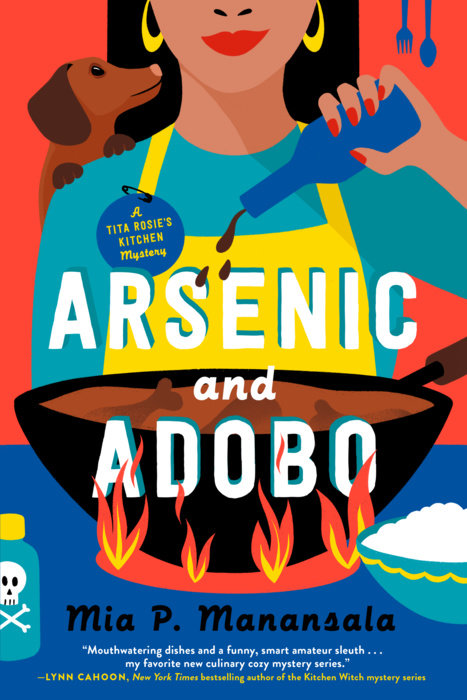 In the tradition of Agatha Christie, Mia Manansala’s debut novel has murder after murder, a large cast of suspects, an evil scheme and a police detective always one step behind the amateur sleuth.

While healing her wounds from a bad breakup, Lila Macapagal has moved back to the small town of Shady Palms, located somewhere south of Chicago, to assist her family of aging women who run Tita Rosie’s Kitchen.Much like Three Pines in Louise Penny’s novels, you won’t find the town on a map of Illinois, but you will swear that you have been there. Lila’s hometown is inhabited by around 20,000 souls and it is an intriguing amalgam of families from many ethnic backgrounds. We explore these divergent cultures through their foods, because each family that could be involved in the first murder owns a restaurant and is being harassed by the local food critic, Derek Long, our unwitting sleuth’s high school sweetheart. She believes he is spreading lies about her aunt’s café in his blog, and it has something to do with their years-ago breakup. She went away to college in Chicago while he stayed home, but it is much more sinister than that. Like a fresh onion about to be added to chicken adobo, this story has layers of secrets, rafts of suspects and ample red herrings to make a nice stew. Laced through it all is a buffet of food mentions that will have you running for Google if you are not familiar with Filipino cuisine and salivating if you are. This cozy mystery is well-paced, told from the point-of-view of Lila, and will have you guessing to the very end. Lila often talks directly to the reader, often with timely insights: Why do they always serve a soggy slice of white bread with barbecue?

This is the beach book of 2021, if the pandemic subsides enough for us to go to the beach. If not, read it in your backyard or on a shady porch with a nice meryenda nearby.