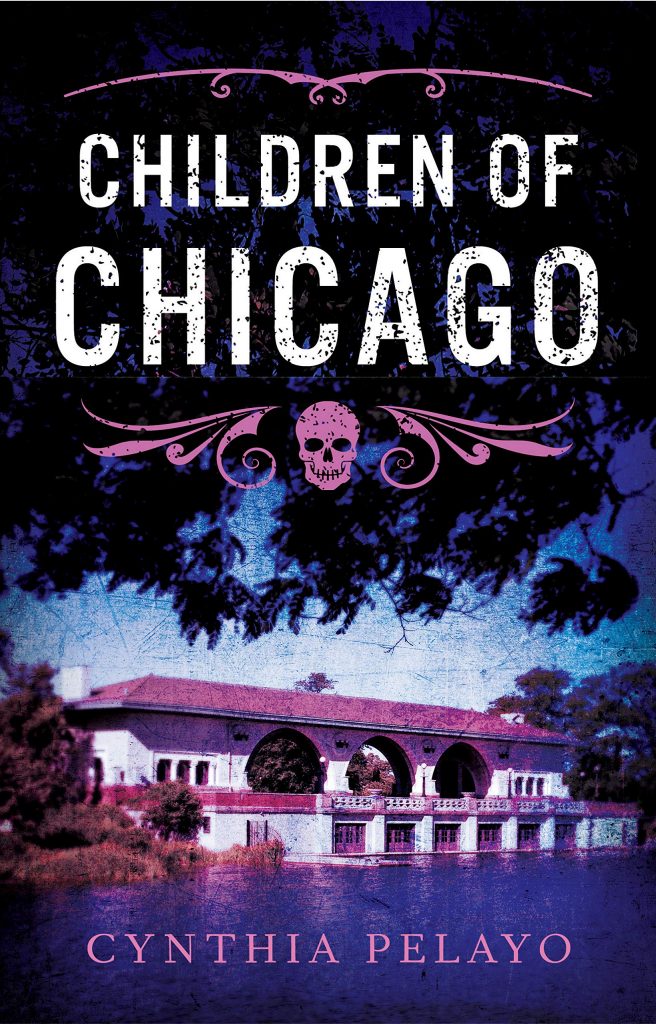 Chicago’s vast geography and well-documented history of violent crime make it a suitable—maybe even ideal—setting for stories that feature horror in its dark, hidden crevices. We already know the city lends itself to mysteries involving Chicago cops or private investigators, like Sara Paretsky’s V.I. Warshawski, Stuart Kaminsky’s Abe Lieberman and Michael Harvey’s Michael Kelly. The city, too, with its expansive park and forest preserve systems, works as a setting for children’s tales.

In “Children of Chicago,” Chicago native Cynthia Pelayo mashes up elements of horror, mystery and lore into a procedural boogeyman tale. Lauren Medina is a second-generation Chicago cop, newly minted as a detective but with a record already tarnished with several incidences bordering on brutality. In a short time, Medina has beaten witnesses, defended herself with deadly force, driven into a confidential informant, and generally established herself as a loose cannon unpopular with her peers. Her presence on the force cannot be divorced from her lineage, nor can her life be separated from the tragic childhood events that define it. As an adolescent, Medina’s mother went missing, her sister drowned under suspicious circumstances in the Humboldt Park lagoon, and then her stepmother committed suicide.

The story opens back at Humboldt Park, shortly after the death and before the funeral of Medina’s father. Medina inherits her father’s home and with it a golden key to a work space that she inexplicably refuses to enter. We get the sense that she will, eventually, find something important behind that locked door.

Medina has spent a year under the tutelage and protection of her father’s former partner, Earle Washington, a grace period about to end with Washington’s retirement. His replacement, Van, is critical of Medina and suspicious of her past. The young detective’s life is her job and her job is homicide… and all that entails. More than that, though, her job is “absolution” for whatever part she played in her younger sister’s death.

Medina’s new case shares similarities with her sister’s childhood drowning, not only in its Humboldt Park crime scene, but in a clue that appears significant only to Medina: bright, spray-painted graffiti announcing “Pied Piper.” Here is your boogeyman. But we don’t know, because Medina suffers from what her therapist calls “dissociative amnesia,” how that decade-and-a-half-old death relates to the series of fresh deaths. Only that “she knew that whatever had happened so long ago, no matter what it was, was happening again.”

Medina’s fuzzy recall, along with her background as an English and literature scholar, is enough to get her going. In the course of Medina’s sleep-deprived, caffeine-fueled, grief-stricken pursuit of the Chicago child killers, she experiences a series of hallucinations that possibly reach back into a sub-consciousness that knows more than she thinks. Clues, maybe, into both her past and the present situations. Her therapist, Stephanie, also urges her toward recovery of these suppressed memories.

The premise that the ancient fairy tale character has been reincarnated in a somewhat altered form challenges readers, even those conditioned to do so, to buy in. On a metaphorical level, an evil entity senselessly and violently killing off Chicago’s children is potentially powerful, but in the world of the story the conceit defies literal belief. The Pied Piper wears a black coat and oversized black hat. He appears on the horizon or in shadows, sometimes reflections. Children encourage this Pied Piper to kill, not knowing that their contract is open-ended: more children must be sacrificed, ad nauseam. We’re asked to go along with the idea that these otherwise well-adjusted Chicago children from differing backgrounds willingly assent to do away with other children, not because they are enemies or wicked in any real way but because they are annoyances. Evie, for one, dislikes Daniel’s attention because his childhood friendship has grown into a schoolboy crush. We learn that “Daniel did not mean to her as much as she meant to him.” When Mo, a suspected child-on-child murderer, asks, “If you could kill whoever you wanted to kill without getting caught, wouldn’t you?” it’s presumed, as with any rhetorical question, that the answer is, “Of course.” Only Mo is not talking about the Pol Pots and Hitlers of the world, just classmates and siblings who might rub one the wrong way. In the end, we operate on an understanding that the act of essentially hiring a killer is less the problem than the assassin’s bad faith demand for deaths not agreed upon. Words like “fury” and “hatred” attempt to explain motivation that seems all too like ordinary dislike.

It’s common in thrillers, or any kind of suspense novel, for the point of view to be coy, as the narrative attempts to deceive, or at least hold back key revelations, without creating conflict in the story’s internal logic. In other words, the author wants to keep things from the reader without lying to them. That is the case in “Children of Chicago” as well, which relies on a blurred understanding of reality, as well as unclear memories. We don’ know, for nearly the duration of the novel, what really happened to Medina’s sister, nor what part she played in the tragedy. The incidence is variously referred to as a drowning, a suspicious death, and a murder. We also don’t know whether we’re to accept the notion that some kind of supernatural phenomenon is at work, or whether real-world logic might explain events. A number of people, like Van, see ghastly images, but there is no consistent reason for some but not others to have this experience, and there is always some doubt as to whether the apparitions are real or imagined. This obfuscation, along with occasional contradictions, tips into the realm of lying to the readers.

These inadequacies undermine, but don’t entirely spoil, the novel’s entertainment value. Stuffed—at times overstuffed—with Chicago history, the novel persistently highlights contemporary Chicago informed by its past. Medina says, “That’s what surprises me about Chicago, I’m always uncovering history.” Historical overviews of the Chicago City Cemetery and Palmer Square slide into conversations in the therapist’s office or at the bus stop. Nuggets about the origin of Chicago’s bungalows and worker’s cottages squeeze their way between coffee refills at popular spots like Intelligentsia and Café Mustache. Quick history lessons on the Chicago flag and the St. Valentine’s Day Massacre muscle their way into the story, as do tidbits about the Lincoln Park Zoo statues and the Garfield Park Conservatory. Local institutions like Young Chicago Authors and the Driehaus Foundation get their due, as do forgotten Chicago heroes like Eugene Field. That Pelayo pulls this off in the course of the easy street-smart patter of cop-to-cop, cop-to-suspect, classmate-to-classmate, and ex-wife-to-ex-husband, and does so within the framework of the plot, is a considerable achievement.

An exhaustive examination and exploration of fairytales also provide a bounty of interesting, cogent material. Fairytales seep into Medina’s father’s dreams, her ex-husband Bobby’s academic research, and a high school course. The author explores fairytales from “Little Red Riding Hood” to “Goldilocks and the Three Bears,” as well as the primary source of the horrible murder spree: the earliest edition of “Grimm’s Fairy Tales.”

Ultimately, the existence of the Pied Piper and the formula for summoning him grows to almost cult status, in part through an internet publication called NeverSleep. This creates an urgency the story needs to push it toward resolution. The abundant story threads don’t all get satisfactorily tied up, but enough do to bring what feels like a first installment to a proper-enough conclusion. Medina does, of course, get around to using that key. The bottom of that Humboldt Park lagoon, where so many young bodies reside, vividly embodies a Chicago literally and metaphorically filled with horror, and is the lasting image of a novel that at times successfully blends elements of at least three genres.