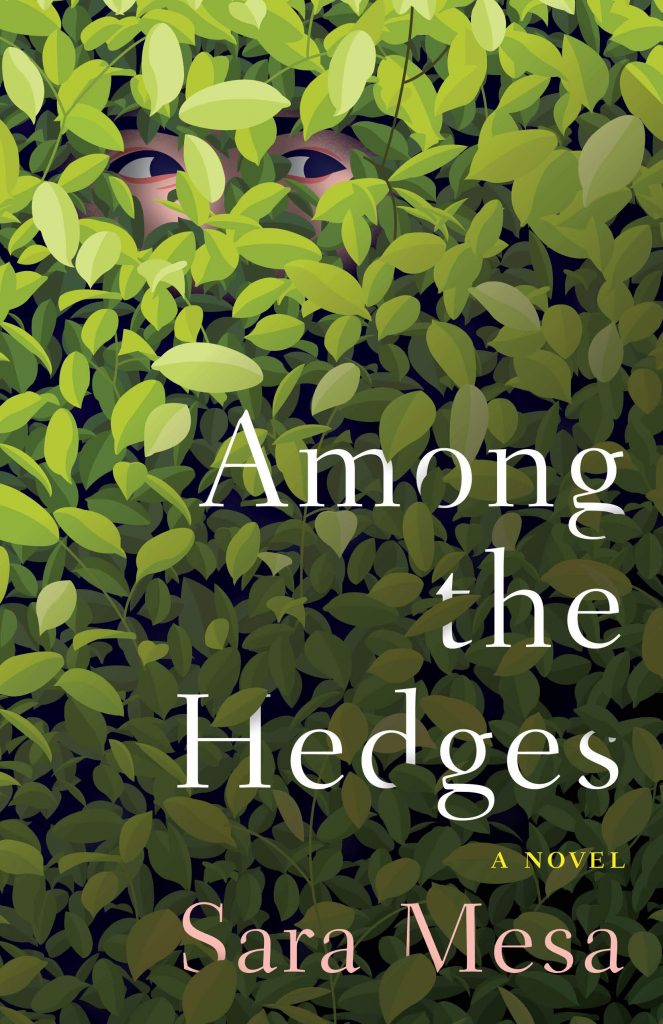 I was having a rough week when I read Sara Mesa’s novella, “Among the Hedges” (translated by Megan McDowell). In a time when so many people are also going through a hard time, it doesn’t matter why. Feeling beaten down, I took my dog for a walk and played a live Nina Simone album, while thinking about this novella. As I listened to Nina’s denouncement of fame in “Stars,” the sentiment of loneliness almost felt soothing, considering we are united in our loneliness during this pandemic. And “Among the Hedges” perfectly encapsulates this moment.

The story is a simple frame, a moment in time, where a young girl has been skipping school by hiding in the hedges at a local park. She meets a middle-aged man who tells her about his interest in bird watching. The girl plays hooky day after day, while the man’s visits increase in duration.

Mesa’s narration, at once personal to the girl’s thoughts, and removed, leaves the reader to wonder what’s really going on at the park. The entrance into the story channels James Joyce’s story “An Encounter,” as it becomes evident this is a story of lost innocence, but whose?

The pair deem each other “Soon,” as in “soon to be fourteen,” and “Old Man,” and spend the school days together. The prose, simple and beautiful, flies by before we realize we know nothing of these characters, aside from Soon’s inability to fit in at school and her beloved brother’s recent departure, as well as Old Man’s love of birds, fraying suits and Nina Simone.

It is restated throughout the book how Soon knows nothing but a few bare facts about Old Man. Despite all the time they spend together, they remain strangers with a kinship. Mesa lays out the absurdity of their bond, writing, “their way of conversing is strange to any outside observer. First one of them talks and the other listens, for a while. Then the other way around. It’s not exactly a dialogue, more like an exchange of monologues, each one with their subject, unrelated and unreplied-to.”

Details are mysteriously unimportant in the larger story. The logistics of Soon’s school absences are accounted for. The whereabouts of Old Man’s past progressions and his demeanor are never directly named. These details do not need to be laid out, because Mesa’s writing is tight enough to note the reader’s questions, but direct the story where it needs to go for her desired effect, which is a story about uncertainty in humanity. The text constantly raises the question “what do we want from each other?” without providing an answer. I think that’s the point; even those who feel unable to connect can still make meaningful connections. It’s not so much the struggle for understanding, or even being understood, but finding moments of peace in a world that can be so cruel.

“Among the Hedges”
By Sara Mesa, translated from the Spanish by Megan McDowell
140 pages