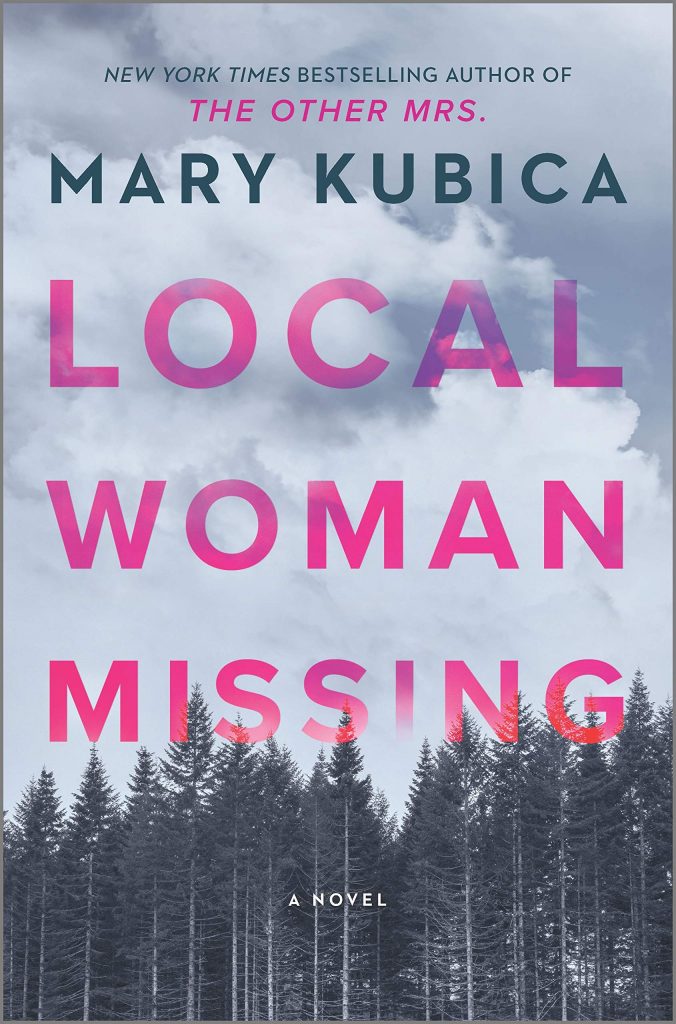 Mary Kubica has been writing excellent mysteries steadily ever since her debut of “The Good Girl” back in 2014. Kubica, who is often compared to Gillian Flynn, is one of the few authors who lives up to the comparison. She writes tightly scripted plots with endings that pack a surprise every time. Like Flynn, she lives in the Chicago area, and like Flynn, she has a talent for the technicality of mystery writing, but also infuses her stories with so much humanity.

Her characters breathe on the page, never tripping into the absurd, as often happens in mysteries these days. “Local Woman Missing” begins with two heart-stopping chapters. In the first, a woman sneaks out of her home at night for an illicit liaison, and then disappears completely. In the second chapter, a child is trapped in the filthy basement of a home, fed irregularly from a dog bowl. She manages to escape when her kidnappers give her a spoon that she sharpens into a shiv.

The book is fairly un-putdownable from then on, with Kubica agilely switching point of view and time period between the present, when the girl is rescued, and eleven years ago, when the child went missing along with the local woman. The very thought of the child living in a local basement is agonizing—imagining that she might be within shouting distance of someone who could save her is painful. Of course, it draws an easy comparison to Emma Donoghue’s “Room” (2010) and the idea of how such a child, raised in isolation, could ever recover from such a trauma.

Not surprisingly, the theme of the fragility of children runs throughout, accentuated further by a character who is a doula. Her inner monologue about giving the mother autonomy and choices sets a high standard of care in the mind of the reader, making it all the more devastating when women’s and children’s bodies are regarded without love and respect. An uncaring pelvic exam takes on a horror-like quality when the woman is not treated as a whole being, becoming one of the more harrowing scenes in a particularly grisly novel.

Kubica also examines the nature of neighbors and community. Most of the characters live within blocks of each other, their proximity sometimes a comfort and other times an uneasy proximity. The couple who managed to keep a child in their basement for eleven years reiterates that you never really know what goes on behind closed doors. In “Local Woman Missing,” no one is really the same outside their house as they are in it. (Kelly Roark)