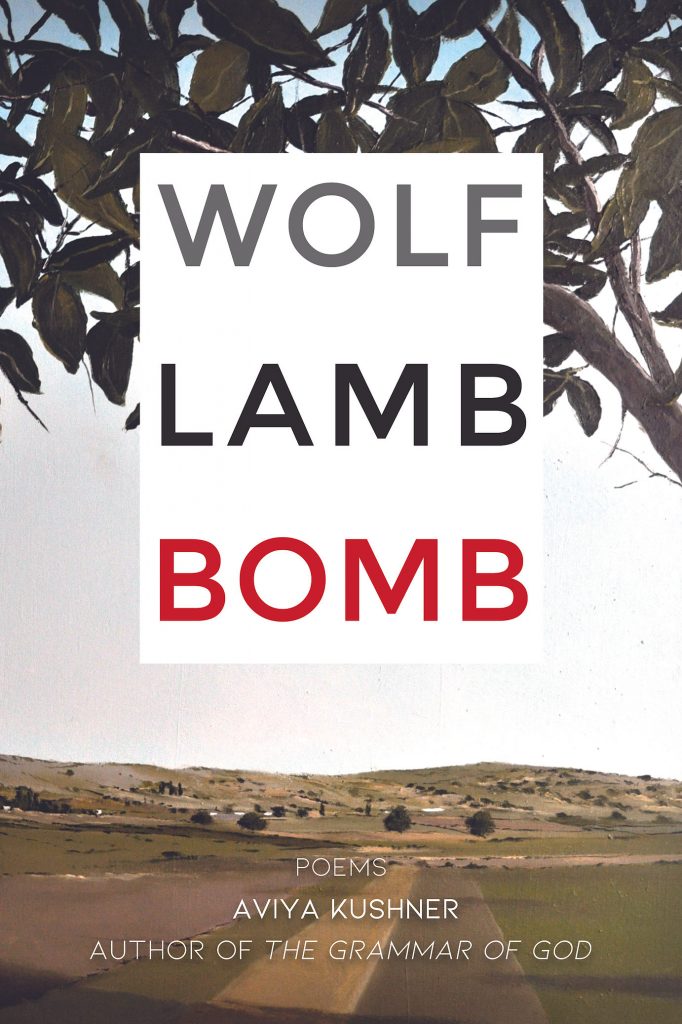 Poet, essayist and translator Aviya Kushner, who teaches creative writing at Columbia College, examines her fascination with the prophet Isaiah in her new collection of poetry, “Wolf Lamb Bomb.” This compelling and surprising book not only argues, questions and praises Isaiah as a prophet but reframes him as a poet of the highest order.

Such an intense focus on an Old Testament figure may intimidate those less familiar with the Bible. Fortunately, Kushner’s sharp, clear-eyed language guides the reader through her intellectual, spiritual and physical journeys.

The epic and intimate thinking on display in these poems has been honed by decades of close reading of Isaiah, both in the original Hebrew and in translated English (the 1973 translation by H.L. Ginsberg in particular). Often, projects decades in the making can risk of feeling overworked or bloated, but “Wolf Lamb Bomb” has winnowed years of contemplation down to a sleek, powerful set of texts. In fact, the poems can be downright welcoming. Kushner has cleared the way for the reader to join her in the space between prophecy and poetry.

The poems, grounded in locations including New York, Jerusalem, Chicago and Iowa are remarkably efficient and self-contained, with only a few crossing over onto a second page. In “Night on Wellington Avenue, Chicago,” a pleasant summer stroll to the neighborhood bar entices Kushner to note “The juxtaposition / of haunting prophecy and soft wind.”

The faith, spirituality and lived experiences of these poems exist under the constant threat of violence. In “New York,” Kushner contemplates the aftermath of the September 11 attacks. In the poet’s mind, violence and trauma become both specific and hauntingly repetitive: “Earth totters, crumbles: and the dead leave us to wonder, again, in God.” In “Disco,” the narrator contemplates “the tick-tick-tick/of aftermath” and laments “The bomb’s cheap trick —/ to unclasp it all.”

Given the recent escalation of violence in Israel and Gaza, the poems like “Insomnia in Jerusalem” sounds like it could have been written last week, not years ago. “For the moment the creaks/of explosion are still distant, /so I get up, find him/ to the rhythm of the flashing bursts.” Over and over, Kushner’s collection of poems pulls memorable images and insights from life, faith and “the dead poets,” who in a poem titled “What Remains” remind Kushner, and the reader, “Listen closely, mortal one./ To live is a form of music.”