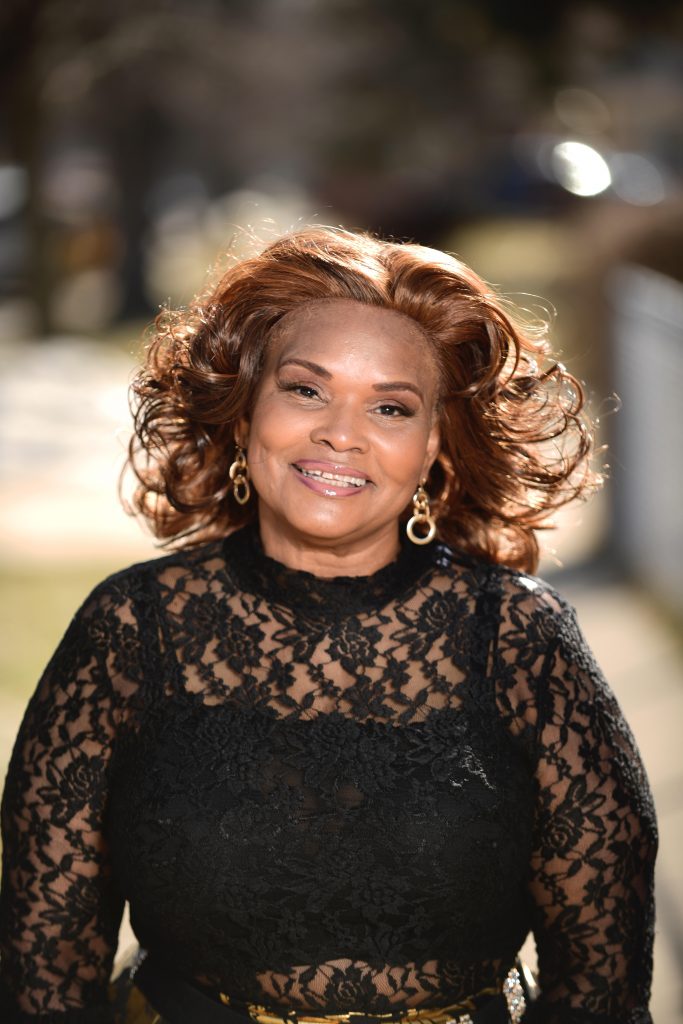 I first met my friend Brenda Myers-Powell fifteen years ago, when we served as board members at the Chicago Alliance Against Sexual Exploitation. Brenda was then, as now, equal parts insightful, profound and profane, a self-described activist, nonprofit founder, prostitution survivor and “bad-ass motherfucker” (not necessarily in that order). She wears her identities the way she wears her enviable wig collection—no one rocks a blonde bob quite like Brenda— bringing just the right amount of “watch me” to everything she does. The word I most associate with Brenda is expansive. “They kept telling me to stay in my lane,” she said to me recently, “But my life is a freeway.”

One of Brenda’s great gifts is her ability to be political, in the truest sense of that word, but never partisan or polemical. She does not do cliché or movement-speak; she is uninterested in spinning her story to appeal specifically to any one audience. She is completely, consistently herself. The co-founder of the Dreamcatcher Foundation, a Chicago organization fighting sex trafficking, Brenda understands that there are systems that are too broken to be rebuilt, and shows up ready for the teardown—something I saw firsthand in a recent meeting with Mayor Lightfoot’s office, focused on the city’s failure to protect its Black girls.

Brenda’s new memoir, “Leaving Breezy Street,” is a beautiful, brutal account of her years in the sex trade, her journey out of “the life,” and her second act as a nationally recognized anti-trafficking activist. It’s a book that balances hard truths about growing up poor, Black and female in Chicago with the hope that is inherent in Brenda’s extraordinary life story. 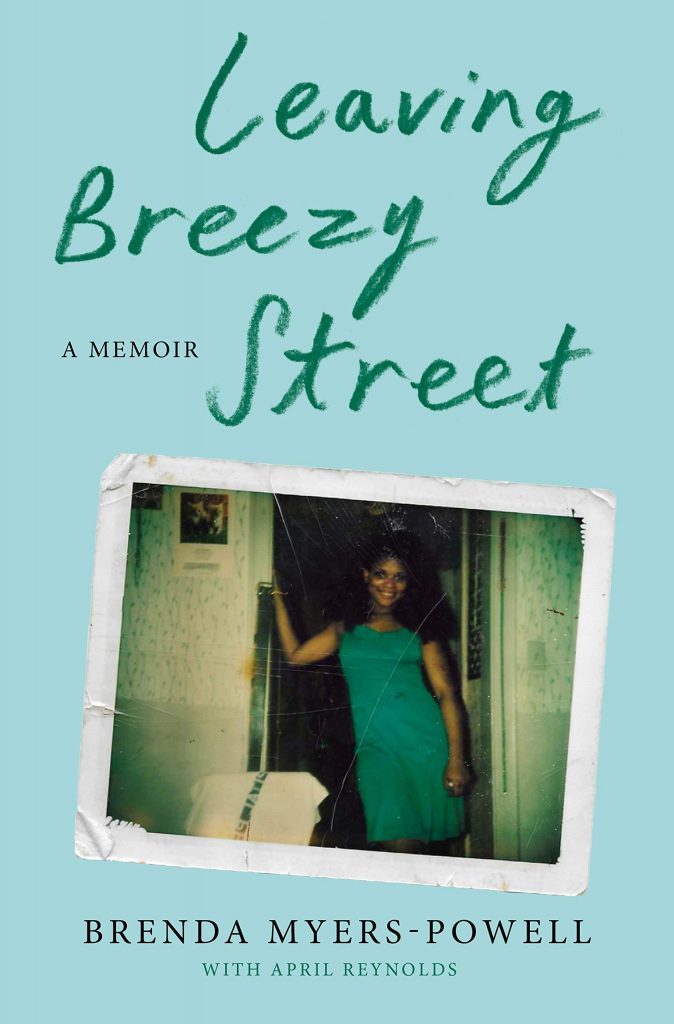 Playing against survival-memoir type, “Leaving Breezy Street” is also deeply, genuinely funny. Whether musing on the proper place for a pimp at the Million Man march, or passing on one of her grandmother’s witticisms—“I’m too old a cat to be fucked by a kitten”—no one knows how to laugh, or to make those of us fortunate enough to know her laugh, quite the way Brenda Myers-Powell does. For her, joy is the ultimate act of resistance. Herewith, a sampling of her wisdom, and wit.

Growing up on the West Side of Chicago, I was raised to survive. I didn’t understand why Ma ’Dea, my grandmother, wanted me to be so tough. Why she was telling me such nasty things about the world. But I was a young Black girl, and she wanted me to be ready.

They had some style back then. Ma ‘Dea wore this fly, zip-up red knit dress. That dress caused some trouble! And brothers were wearing the Ivy League look then, sharp as hell. My Uncle Lee ironed his pants after they came back from the dry cleaners. Do you know how serious that is?

Like a lot of girls who end up in the sex trade, I was sexually abused when I was little. I was five, and he was one of my uncle’s friends. But that wasn’t the only time. There was a lot of bad people coming through that house. Ma ’Dea was so drunk that she wouldn’t know who was messin’ with me.

I wanted to be a girly-girl, pink, Diana Ross-y. But I had to be tough emotionally, mentally, physically. I learned the rules early. I learned them very well. But I died a little on the inside after that abuse was done to me.

Today, when I talk to my family about what was going on they say, “I don’t remember that.” And I’m thinking, Naw, you just don’t want to remember that.

But we had the Staples Singers and the Temptations, so I guess it wasn’t all bad.

I left home and met my first John when I was fourteen. I made $400 that night. That much money feels like something when you’ve never had anything. After that, I was sold at a series of rest stops across the Midwest. It was sex trafficking, but I didn’t have those words then.

I spent twenty-five years in the life. Different cities, different pimps. Beatings. A stabbing. Drug addiction. The worst part was, I couldn’t care for my babies.

I left prostitution after a john tried to kill me. Lying in the hospital after that, I realized two things: I was not ready to die. And if I didn’t get out of the life, I was gonna die.

The thing that saved me was Edwina Gately at Genesis House, a home for Chicago women. Edwina taught me what it meant to be strong and female. I got counseling. I got trained to find a job. I saw a different future, and that changed me.

Those ladies from the North Shore would come to Genesis House to volunteer and I’d just say, “Girl, you come on in here.” Because no one ever taught me how to dress, how to act at a job interview, that it was good to cross my legs when I sat down.

But being real here, we’re not so different. When you’re in the life, people say, “why don’t you leave?” But just like some white lady wouldn’t leave her million-dollar home and her good life, that pimp was my million dollar home and my good life. I had to survive.

One of my first real jobs after I got out was as a bill collector. I was in my forties, and I would be on the phone, telling someone they needed to do the right thing and pay their bills. And I would just think to myself, “Brenda, you have finally made it.”

Back then, I had a cat named Aretha Franklin. He was a boy, but he was a diva. I loved that cat.

That was around the time that I became an activist. I started volunteering, then sharing my story with politicians in Springfield. That led to me co-founding Dreamcatcher Foundation with my ride-or-die, Stephanie Daniels. We keep young Chicago girls from going down the terrible road that I walked.

There is a lot of racism in human trafficking. My world has always been diverse. Dreamcatcher works with all girls, all races, and I haven’t forgotten any of those babies. But right now, my activism needs to be focused on the Black community. Because what we’re seeing… Where is the justice?

I only met President Obama once. He was an Illinois State Senator, and I was lobbying for a bill. I told him, “We have to pass this bill, Senator Obama, because there’s no way I can keep standing out there on the street corner. My knees don’t work anymore.” And he just laughed. But then he goes to the Senate floor and says, “We need to pass this bill, because Brenda’s knees don’t work anymore.” And everybody else laughed. And the bill passed.

That was a good day.

Today my life is what I never expected it to be. I am married to a good man, surrounded by my family, and loved by my daughters and grandbabies. And I’ve finally written my book. I hope when people read it they say, that’s a lot, but if she made it through, maybe I can, too.

Because I want them to know, if you’re going through some shit you just need to keep on moving.

Anne K. Ream is the founder of The Voices and Faces Project, a global storytelling project, the author of “Lived Though This: Listening to Sexual Violence Survivors,” and a Founding Co-Chair at World Without Exploitation, the national coalition to end human trafficking and sexual exploitation.