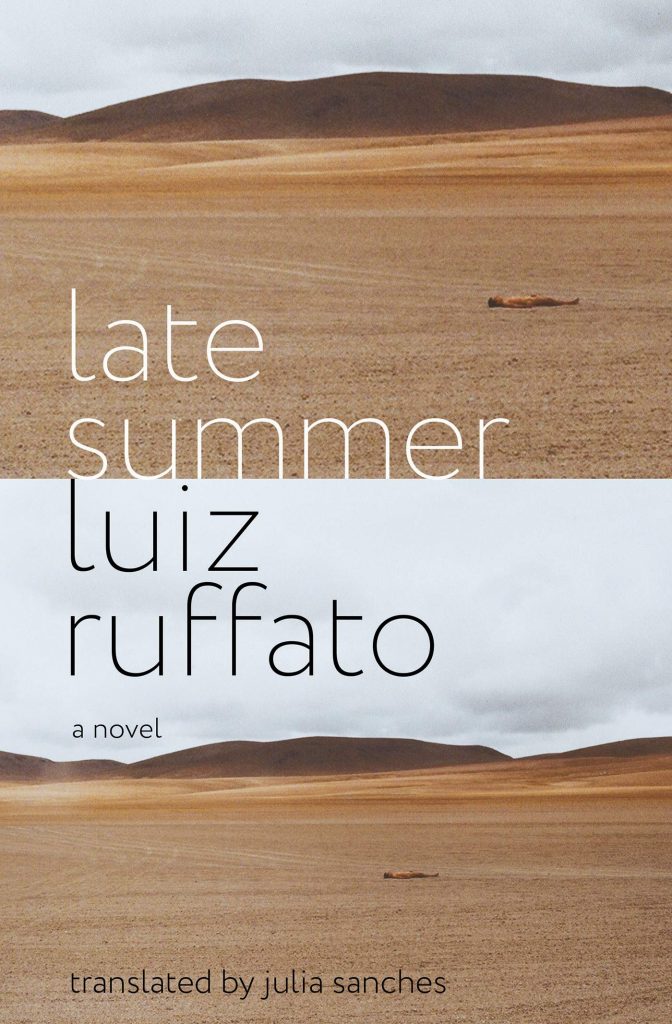 There’s a word in Portuguese, saudade, that is often roughly translated to mean a feeling of longing, melancholy or nostalgia. Such is the condition of Oséias, the narrator of Luiz Ruffato’s “Late Summer” (translated from the Portuguese by Julia Sanches). We follow Oséias trudging by foot through his working-class industrial hometown of Cataguases, looking to visit his siblings Rosana, João Lùcio and Isabela. For six days, Oséias struggles to piece together some tangible sense of his past that, “like a photograph that fades little by little until it’s only a series of whitish smudges without meaning,” has eluded him after decades of self-estrangement. Traveling in the shadow of his sister Lígia’s suicide, Oséias’ return home is meant to be a portrait of how the bonds of a family are destroyed by collective grief. But, ultimately the book fails even to tease the possibility of closure, proving itself to be a tragically claustrophobic portrait of a single man’s regret.

Ruffato’s prose is relentless to the point of exhaustion. He rarely uses section or paragraph breaks, turning Oséias’ narrative into a singular stream of memories, experiences and judgments about the world that never have enough time to truly settle into the story.  The one consistent beat is the way Oséias begins each section—“I wake up.” And always, the protagonist treats his own memory as an unstoppable force which brings him in and out of consciousness, as if nostalgia itself were a chronic illness. Oséias describes himself as “a frightened ghost barreling into bodies that move restlessly through the past.”

The only possible question that could drive Oséias’ story is whether or not closure is possible, if his tortuous journey would somehow be worth it in the end. But the novel answers these questions before they’re allowed to be asked. What readers are left with is a story too suffocated by Oséias’ inner monologue at the expense of exposition. When the stories of his past are revealed, they’re shadowed by an all-consuming remorse. Oséias holds himself responsible for his sister’s suicide, as it was he that showed her their father’s gun so many years ago. But this fact is only withheld from readers to double-down on the dissociative state in which Oséias has spent his entire life, estranging himself from any possibility of love or connection. These revelations aren’t given the space to strengthen the story, and we, too, find ourselves trudging through Oséias’ relentlessly bleak mind with no end in sight. When his sister Rosana says, “You’ve come to stoke a dying ember… You’re a creature of shadows, feeding off the suffering of others,” readers believe her.

For six days, Oséias listlessly searches for nostalgia. He returns day after day to the town’s city hall to meet the mayor without any plan other than to reminisce about their shared boyhood, only to later learn from his brother-in-law that the boy he once knew is now a corrupt demagogue. He has dinner with a woman he dated long ago, now divorced and jaded, who drunkenly forces herself upon him. He has a conversation with his high school art teacher, a queer man who has experienced years of prejudice and assault, now wandering the streets of Catagueses without a home. Each and every encounter recycles the same point: Oséias’ saudade has only resulted in his own misery without even the slightest hope of reprieve. And it’s precisely within this non-epiphany that the book suffocates itself, with Oséias’ eventual suicide the only possible outcome for a man who died decades before taking his last breath.

There’s something to be said about the possibilities of fiction depicting narrators in a perpetual stasis. Where “Late Summer” fails is within its refusal to use Oséias’ condition as a foundation to extract tension from the world he traverses. Unlike, say, the narrator of Ottessa Moshfegh’s “My Year of Rest and Relaxation,” Oséias’ isolation is never meant to drive him toward any version of a catharsis, nor does it reveal the culture that fostered his hopelessness. Oséias’ fate is sealed before the first sentence.