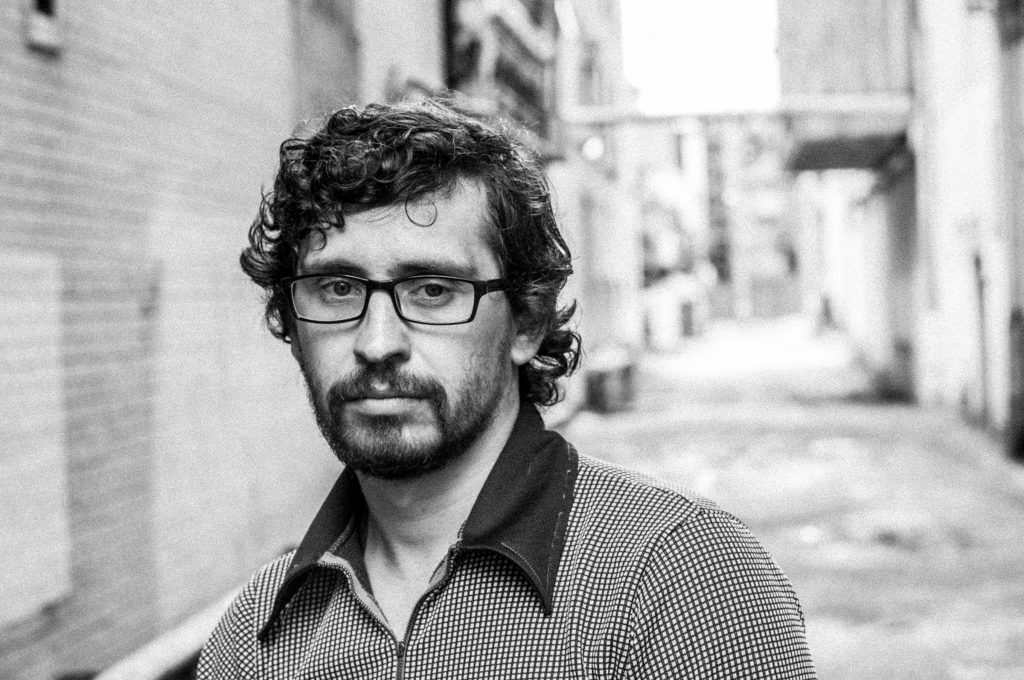 Bill Hillmann’s new memoir, “The Pueblos: My Quest to Run 101 Bull Runs in the Small Towns of Spain,” is a wild adventure into the culture of bull running. Hillmann, a former Chicago Golden Gloves champion, and author of “The Old Neighborhood” and “Mozos,” takes us on a trip that delves into depression, failure and an unquenchable curiosity with bull-running culture. Hillmann brings us across nearly forty Spanish towns, a second goring, and the viral mess that lands him on The Today Show. Throughout, Hillmann demonstrates that bull running is not about the number of runs he takes, but promoting, preserving and protecting an ancient culture that he loves. 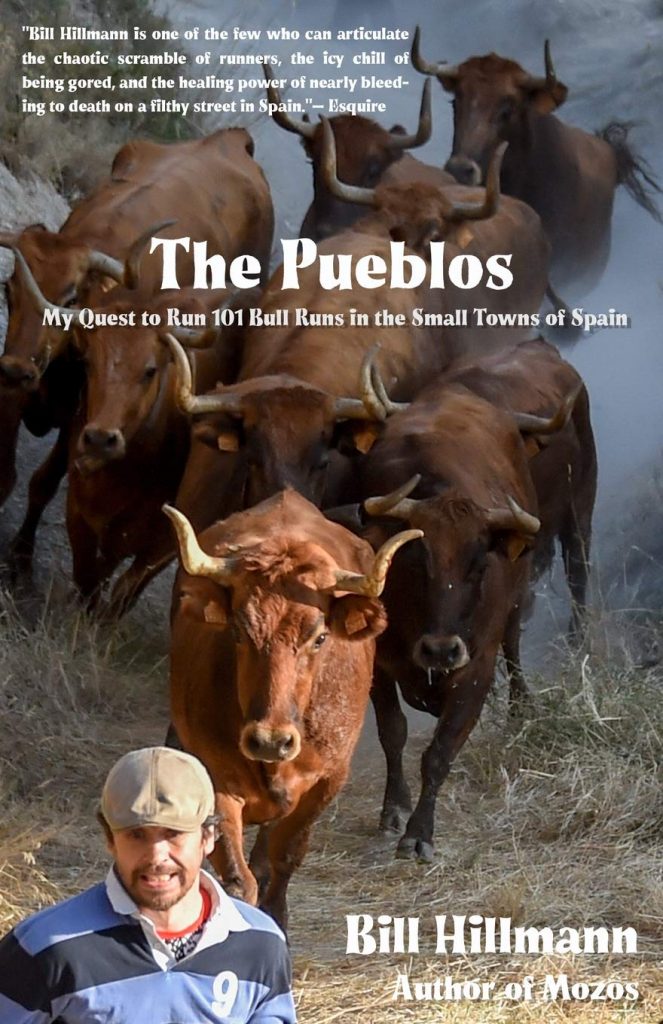 Do you see bull running as a pilgrimage? Is Spain a mecca for you? Tell us more about why the history of the culture is important.

Yes, for me bull running is a kind of sacred annual pilgrimage; for sure, Spain is my Mecca. There is something very religious about bull running and facing both the extreme sensations of life and the possibility of severe injury and even death. Bull running is very ritualistic in Pamplona. The runners literally sing a prayer in the moments before the run commences, there is the ritual of the final embraces with your closest friends before you are alone in the street with your fate and your final lone prayers. The animals can be extremely chaotic in their behavior, but there is something ritualistic in the patterns of their behavior as well, and when you connect harmoniously with these animals you are connecting with Zeus in a prayer as ancient as mankind.

The history of this culture is much older and deeper than Spain. This is a [shared] human-bovine language whose origins began in the Olduvai Gorge two million years ago when homo erectus began driving and luring African buffalo into swamps to drown, kill and consume them. This new source of nutrients drastically changed our stomachs and brains. We have seen this language all over the world, whether it be Native American buffalo jumps or cowboy culture. We have been speaking with bovine through our body language and vocalizations throughout the history of humanity. This relationship between bull and man is one of the most vital and important we have with any animal. Preserving these various examples of this language and culture between man and bull is incredibly important. The best way we can preserve it is by not judging it. We should be tolerant of other cultures. It doesn’t matter if we don’t understand the other culture, we should not insert our judgment on that culture and demonize it. People have a right to their cultural identity and when you try to destroy someone else’s cultural identity, you are doing a great evil. I think it’s simple: we should all just be tolerant.

In this book, you include how important each place is to you along with the importance of its history. As an American, can you tell me what it means fighting to preserve and help flourish this culture?

It’s infuriating the way the U.S. media attacks this culture without having any knowledge of it. I’m basically one of a handful of people who appear in the media and write about the truth of this culture in the United States and in English-language publications in general. It is such a horrible thing to see a beautiful culture under such ruthless attack. I am compelled to continue this fight to protect these people’s cultural identity from this evil. History is an important thing and cannot and should not be erased.

Tell us why the children of Spain are so important to you.

The children of Spain are the most important thing to the future of this culture. It’s under attack, and children are easily led astray. I’ve been heartened to see that the youth in Spain are continuing these traditions. The moments running with the bulls with youngsters are so beautiful to me. To see them striving and daring to run better, to see the excitement and determination in their eyes, it makes me happy. Because that look in their eyes is what will preserve it for future generations.

Describe Aitor to us; what does he mean to you?

Aitor Aristregui is my friend. He’s a nice, kind person. He loves his cat Teo. He has the most intense relationship with animals. He catches big trout with his bare hands, he has taught Teo to fetch and retrieve and if a dog who does not know Aitor, sees him in the street, he immediately wants to be near Aitor and petted by him. One time I was brought behind the scenes to see the Miura bulls with Aitor. Literally, as soon as the bulls could see us, one of them came right up to Aitor and started looking at him curiously. He is also a high-level rally car driver; he took me out once to drive around in his car. We got it up to over a hundred miles an hour. Aitor was making minute adjustments with his steering wheel and I realized he was navigating tiny imperfections in the road. Aitor lives at a different speed than normal people. But more important than all of this, Aitor has become the runner of this generation. His runs are things of legend. He’s also very humble and all of this works to make him a great example for the younger runners to look up to.

How do you fight your depression?

Gratitude is probably the greatest tool to fight depression. When you feel hopeless and worthless and just can’t seem to see the light in anything you need to sit down, get a pen and paper and make a list of the things you’re grateful for. You need to realize that in this same moment you are depressed that there are people all over the world who have died that day, who have lost the love of their life that day, who have been the victim of horrible accidents, innocent children who have suffered horrors. When you get in touch with what real suffering is and realize that you are not really suffering, you can start to build a logical path out of depression.

This idea of “fuck it, I’ll run it” is a theme throughout the book: what are the upshots to this mentality and when are the right situations to apply it?

Life is short. We only get so many opportunities. I am so easily bored with life. I need extreme adventure to keep me engaged. Fuck it, I’ll run it, is a good motto for me. I will always take a chance and go for it. But sometimes I didn’t run and those are always wise decisions. If something is telling you no, don’t do it. If you are just feeling incredible fear and know that if you don’t run it you won’t have to face that fear, that’s when you have to run it.

“The Pueblos: My Quest to Run 101 Bull Runs in the Small Towns of Spain”
By Bill Hillmann
Tortoise Books, 432 pages