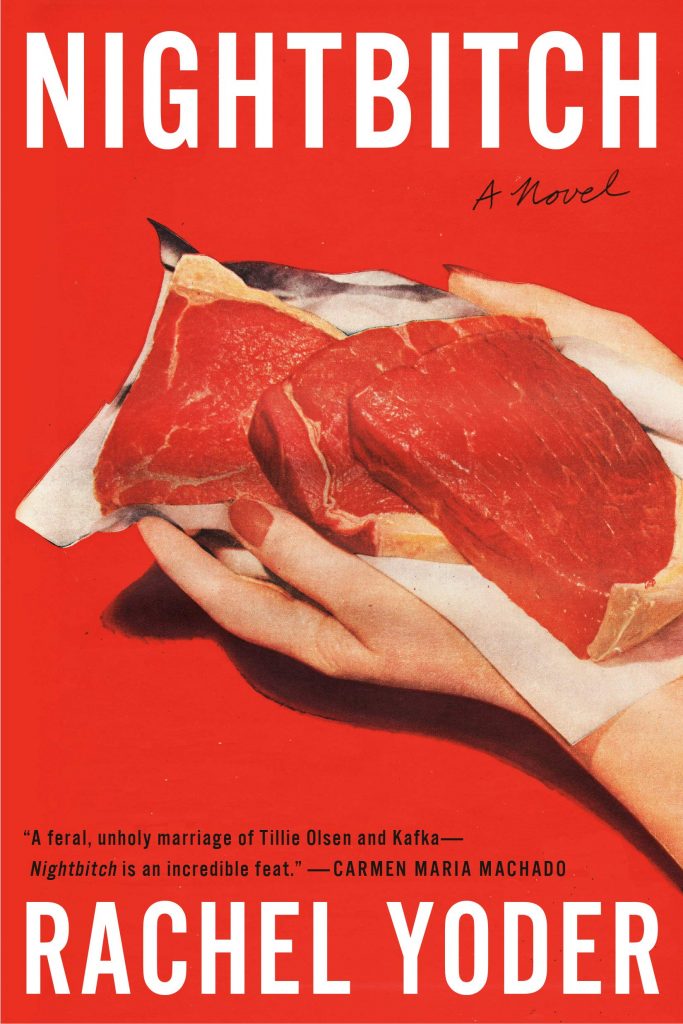 A few years back at Prairie Lights bookstore in Iowa City, I saw Rachel Yoder read from a work-in-progress. She gave the audience a summary that all we needed to know was that this mother of a toddler was turning into a dog. The piece she read was about an interaction with the cat, in which the mother was rough in pushing the cat out of the kitchen. The mother used to love the cat, before she had her son, until the cat took advantage of the mother’s generosity, and became a greedy burden. I recall the brutal honesty from the narration, the resentment for the cat, the agony, how it tormented her by existing. It was full of things people aren’t allowed to say, but certainly things that people feel. This story stuck with me through the years, as I am sure the entirety of Rachel Yoder’s novel “Nightbitch” will.

After an artist has her child, she gives up her career at a nonprofit art workshop to stay home with her son, while her husband is gone for work every weekday throughout most of the year. She’s stressed, overworked, unappreciated, and believes she is turning into a dog. Her canine teeth seem sharper, she has a cyst sprouting hair from her tailbone, and she has an insatiable craving for meat.

She fills the days taking her son to story time at the library, where she picks up “A Field Guide to Magical Women,” a research text of mythical ethnography by Wanda White, an author the mother can find no information about. She falls into the book in an attempt to figure out if her dog condition is a known one, but also to assure herself she’s not alone. The other mothers at story time have things under control, making the mother feel worse. They invite her to their entrepreneur events so she can sell herbs like they do and regain her financial independence.

This is a book about the loneliness of domesticity and the internal cost of upward comparisons, but with much humor in the dejection. It is as though Leonora Carrington wrote Betty Friedan’s “The Feminine Mystique,” yet truly original. The prose effectively draws the reader into the minutia that is the mother’s life. But more than that, Yoder creates a mythos around the mother that is intimate and admitting. There is the pain of rituals like putting her son to bed. There’s the urge to create something again, to make art. She doesn’t want to regret spending every minute with her child, she doesn’t want to get involved in a multilevel marketing scheme, she just wants to find out if other women also turn into dogs.

Yoder strips away the romanticism of a monster narrative with “Nightbitch.” There are no sexy vampires or a castaway modern Prometheus. There is only the stark reality of a woman trying to regain her sense of self.