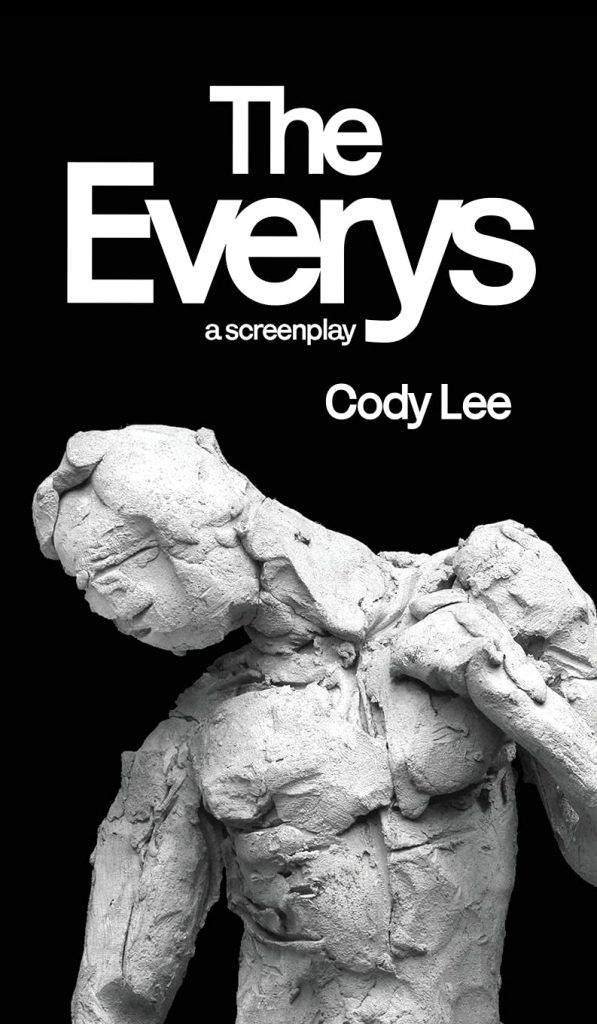 Traditional TV sitcoms have tended to sand down the edges of their characters in order to cater to the widest (or whitest) audiences possible. What would happen if one took this impulse, the impulse to sand-down, to its logical extreme? At what point would the characters become fully abstract?

That’s one of the main questions tackled in Cody Lee’s slim but memorable “The Everys.” Lee, a recent Columbia College Chicago graduate, introduces the reader to the Every family, a clay-headed clan who undergo a series of bizarre and dreamlike humiliations. In line with its sitcom mode, the book is written in the format of a TV pilot script.

That familiar format helps guide the reader through the surreality. First shown standing “dressed business casual” in a Starbucks, protagonist Bailey has “a head made of gray clay. It is circular and has stripes of color tucked into its creases. Bailey’s skin is gray too. They have no distinct race or gender.”

Over and over again, Lee feeds the family members into the gears of an absurd, societal machine. There’s an office job full of literal ass-kissing and button-pushing, an operatic and exhausting high-school team mascot routine, and a nonsensical romantic standoff in a café.

Lee channels the sitcom tone most literally when depicting a series of cringy and clingy white authority figures. When Bailey melts down at work and hurls a computer through the window, their bro-y boss vacillates and wants it both ways: “I just wanted to say, very punk rock. If it were up to me, you’d still have your job. Hell, if it were up to me, you’d have my job. Ha ha. But it’s not. I’m just the boss.”

While the tonal shifts and conceptual turns can be dizzying, the “The Everys” never wavers in its sincere desire to examine identity, whiteness and the corporate grind from unexpected angles. The description of the clay-headed family invokes versions of Claymation, and in some ways the book doesn’t feel written as much as sculpted. In the end if the reader is left wanting more of the darkly funny, idea-dense voice at work, perhaps that’s the sign of a good “pilot.” Whether or not there its further episodes following the Everys, watch out for what Cody Lee writes next.