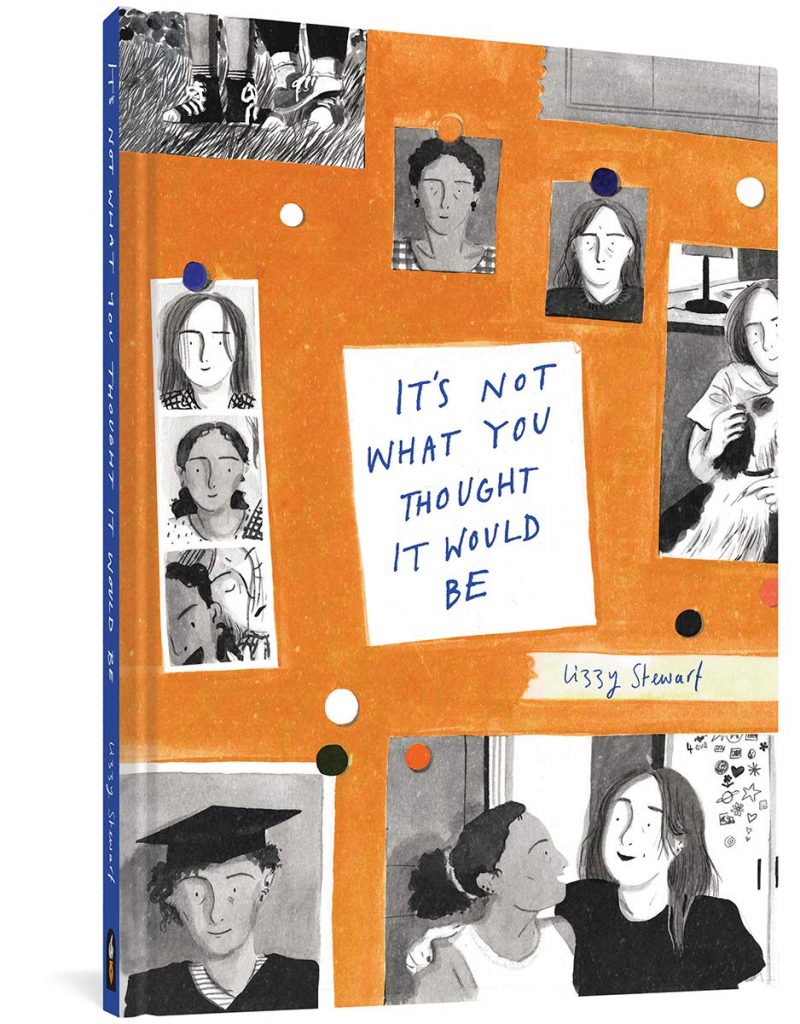 The title says it all. From the art, I was expecting a graphic novel in the spirit of “Cathy” by Cathy Guisewite or something along the lines of the comic strip “For Better Or Worse” done by Lynn Johnston, but this book lacks any of the humor. Lizzy Stewart is a London illustrator who has won awards for her children’s book “There’s a Tiger in the Garden.” She is credited with many comics and books, and while her art can be lush and vibrant, this graphic novel is nearly monochromatic.

She is setting the mood for the inside view of a young British woman living her life in the Estates, which we would consider public housing. The chapters with our nameless girl begin when she is a pre-teen and end somewhere in her late twenties.

In the first segment, the protagonist is sent by her mother to find her brother before a lurking storm hits. When she encounters him, he and his friends are watching a fox that seems to be dying. In their youthful minds, they decide to build him a shelter, hoping that this may allow him to recuperate. Quickly gathering cast-off materials, they assemble a tribute and a lean-to for the ailing fox. Once the storm bursts, they are soaked to the skin while running for shelter. After the deluge ends, they find that the fox is gone, the shelter destroyed and the tokens scattered. This is the first time the title is proven. The remaining series of somber vignettes examine the relationship between the protagonist and her best friend, traveling along the theme of things do not turn out as one expects. The final piece reunites the two girls at a wedding after a seven-year absence.

It is a comic that could help a young person realize that the phrase “happily ever after,” which often ends fairytales, seldom happens in real life, but it can still be all right.

“It’s Not What You Thought It Would Be”
By Lizzy Stewart
Fantagraphics, 168 pages