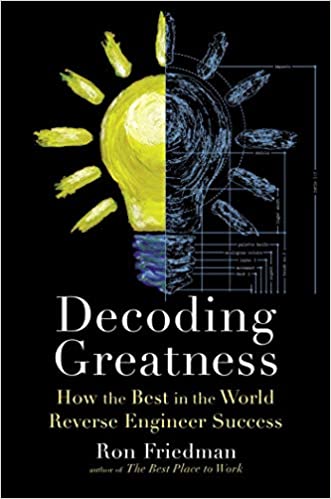 When Jan, Brent and I decided at the end of 1985 to start a newspaper with our collective industry experience limited to Brent’s high-school paper route, we had to figure things out the hard way. We ranged in age from nineteen to twenty-four, I had a demanding full-time job, Jan was taking care of our four-year-old-daughter and had just graduated from the University of Chicago, and Brent was in his second year undergraduate studies at the same school. In spite of our lack of experience or even time, we gave ourselves just three months to launch our project, so we had to learn as much from the experience of others as quickly as we could. First, we brought on Frank Luby, a former editor of the University of Chicago Maroon who had just graduated and had not yet embarked on a career, to help us, since he had experience, comparatively speaking. And we read a book, its title and author long forgotten, about “how to start a newspaper” that was oriented toward a much different kind of community than the inner-city neighborhood we were going to cover, but it still had plenty of helpful information for the beginner. And, finally, we studied the publications that we admired, in hopes of achieving some of what we thought was the best about their work.

The value of this last exercise is the central idea driving social psychologist Ron Friedman’s new book, “Decoding Greatness.” And “reverse engineering,” as he describes it, has been a perpetual exercise for us, as each iteration of Newcity falls short of our ambitions, leading us to study and adapt, study and adapt and recreate the publication anew. We’re still doing it.

(Full disclosure: What I did right there, which is lead off with a personal anecdote to make the larger point of the validity of the author’s thesis, is something I did consciously, in a nod to the author’s reverse-engineering of the most popular TED Talk of them all, “Do Schools Kill Creativity,” by the late Sir Ken Robinson in 2006. “Just take a look at the percentage of his script devoted to facts: a stingy 1 percent,” Friedman writes. “And how about biographical stories and anecdotes? A whopping 35 percent.”)

The other idea inspired by the book was to find out who writes the best reviews of business and self-help books and carefully unpack their technique to inform my own. This is the path that Friedman indicates as preferred, and while it makes sense in his anecdotes, which are filled with familiar success stories like Roy Orbison and David Bowie, the technique is more challenging when the subject is less popular and the amount of search time to find your muse would be unreasonable. I don’t know of any crackerjack business-book reviewers I’d like to study or emulate, and googling “best business book reviewers” leads you down a path of Amazon reviewers and bloggers writing for less scrupulous reasons, like free copies of books and swag.

A couple of chapters into this fairly slim book (206 pages plus thirty-nine pages of source notes), I started to worry that the author was simply going to run out of steam. I am a huge believer in everything he says about reverse engineering, but after a dozen or so anecdotes, that’s probably saying enough. Fortunately, he pivots into new territory, delivering an entertaining and example-heavy treatise on the pursuit of excellence. And since his subject is really individual rather than team or corporate improvement (he tackled that in his first book, “The Best Place to Work”), the book is just as viable, perhaps even more so, for the artist or creative professional as it is for the businessperson.

In fact, Friedman’s anecdotes are packed with the stories of creators, from Judd Apatow to Stephen King to Kurt Vonnegut and Vonnegut’s theory that all stories fit into one of six narrative arcs, which the author covers at length, culminating in the data-science study that was later done with 8,000 or so movies and novels, which affirmed the “Slaughterhouse-Five” author’s premise. Music writing fits the reverse engineering idea, as does the culinary creativity of chefs. So, too, iconic consumer brands, from Apple to Chipotle to Starbucks.

Friedman strives to make a grand premise, positing that the third major factor for success, after talent and practice—the foundation of Malcolm Gladwell’s best-selling “Outliers”—is reverse engineering. I don’t dispute its value but his failure, to my relief, to simply make the same point over and over again over 200 pages does perhaps diminish this book’s bestselling potential. By the time I finished, I was not thinking much about reverse engineering but instead savoring some of his other findings.

I’ve been reading these kinds of “life manuals” on and off ever since my grandfather, a small-business owner who loved self-improvement books started giving them to me, especially when they thrived on the vortex of sales and religion (which many of the seminal titles of the first half of the twentieth century, like Napoleon Hill’s “Think and Grow Rich” and Norman Vincent Peale’s “The Power of Positive Thinking,” did). These books work in different ways. Some lead you to reshape the way you think about large parts of your business or life, like Ari Weinzweig‘s “A Lapsed Anarchist’s Approach to Building a Great Business” did most recently for me; others throw you little tips you want to adapt and sometimes do, like John Freeman’s “The Tyranny of E-mail,” which convinced me to stop bookending my days reading messages on a screen.

“Decoding Greatness” falls into the latter category for me. As I read it, I found myself nodding in affirmation of existing habits or beliefs, rather than having the “Aha! That’s what I’m doing wrong!” moment. But there’s nothing wrong with positive reinforcement. In fact, I might just read the book again. (Brian Hieggelke)