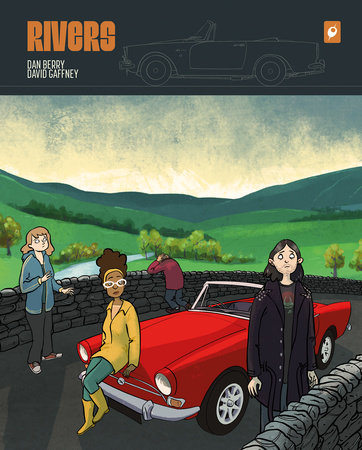 Most mornings I awaken without any memory of the night’s dreams, but sometimes I recall strands—images, people and places within some nonsensical narrative. And occasionally I’ll have a couple recurring dreams that connect to my life more than thirty years ago, either at university or in my first and only job after graduation, when I started what could have been a lucrative Wall Street career only to abort it for the less prosperous if more meaningful one I’ve chosen. I don’t really understand any of this, other than to think that since that was the time in my life that I made such pivotal decisions, that maybe I’m subconsciously still trying to figure out whether I made the right choices.

In other words, my dreams are a confusing mess. This is the landscape that writer David Gaffney and illustrator Dan Berry have plunged into with their graphic novel, “Rivers.” Dreams and “real” characters occupy a set of vignettes and it takes time to sort it out. But diligence in wading through the confusion pays off, eventually, since unlike the open questions of my recurring dream, these strands eventually resolve, aided by the fictional if intriguing app, Dreamr. The app, which should exist, is a place to enter details of your dreams, then search for matches, common places, connections. (Examples: “Five people in Milton Keynes had dreamed about being buried under something”; “In Bangor a woman dreamt that an emu kept turning up at important social functions wearing the same dress as her.”)

Set in the North of England, the book unfolds with eight different stories, some flashbacks, some dreams, some “present-day,”  some comic books. It’s confusing for a while, even though Berry uses varying color schemes and drawing styles to set them apart. But dreams are confusing, too, especially when they’re someone else’s. To be honest, I was thinking about giving up about forty pages in, but perseverance was rewarded in the odd details of some sad and lonely lives.

A recurring motif of a bridge and a comic book floating in the river connects most of the stories, but as we make our way toward resolution, we get to meet some folks doing strange things. Like the father and daughter who pass time at the junkyard, throwing rocks at old televisions. A bro-ey boss at a tech firm who secretly builds a boat in the office’s basement. Or the guy who has a built-in toaster in his kitchen, or the other who leaves a “selfie will” that gives away things like “panache,” a “sense of humor” and a puppy.

Are dreams the refuge of the lonely? The case can be made but they’re also the refuge of the curious. “Sometimes the places you visit and the people you meet and the things you do in your dreams are better than what happens in real life,” one character says. So too, the people and places you encounter in fiction, which are way more interesting than the ones in my dreams. 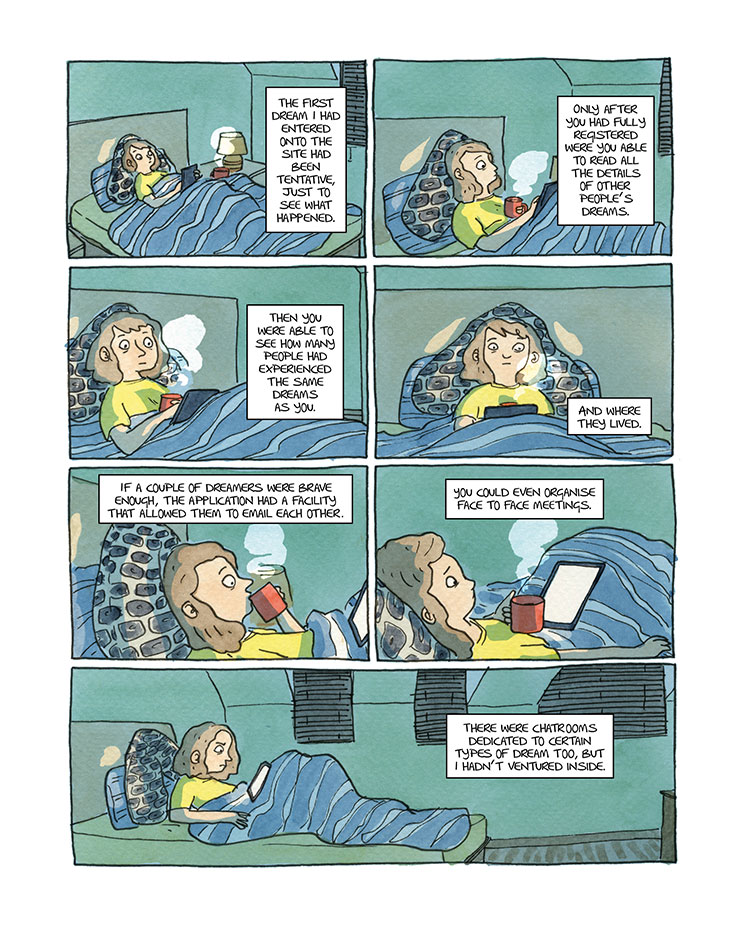