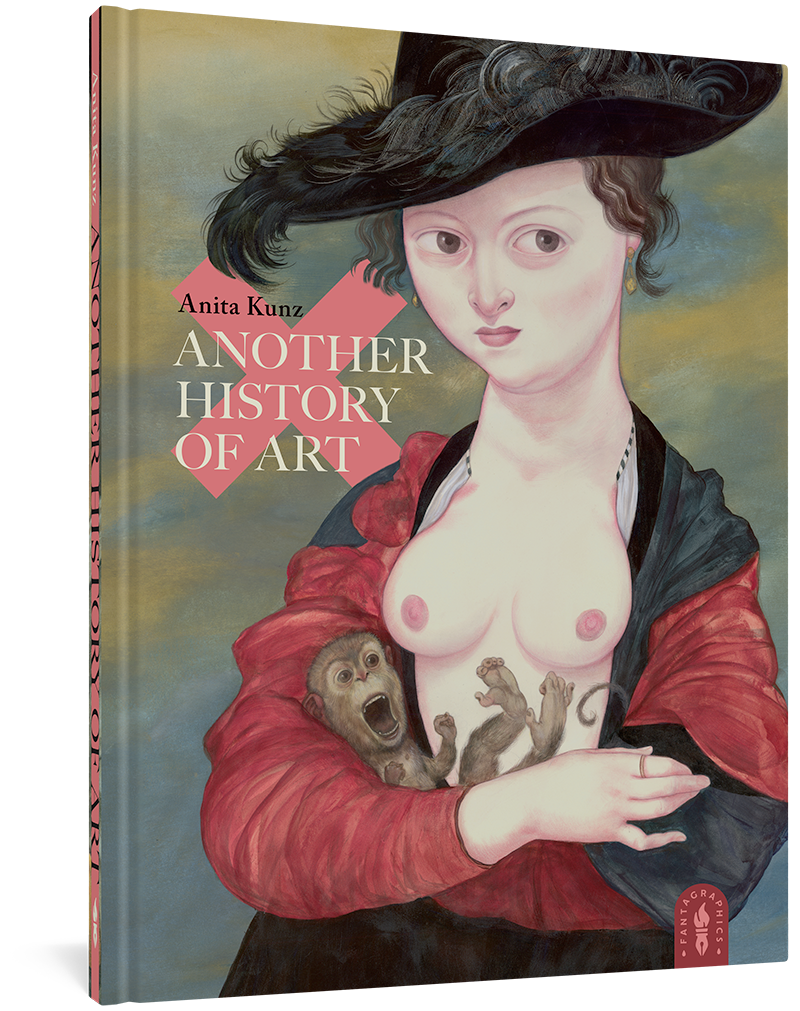 Toronto-based illustrator Anita Kunz’s new book is billed as an alternate art history. In “Another History of Art,” Kunz presents fictional female artists by playing off the names and biographies of nonfictional male artists, then concocting paintings of their most iconic works. For instance, Jane Singer Sargeant’s “Madame XX” depicts the opposite of the slender and ghostly white socialite in a black gown with a plump and tattooed POC gazing off in the same direction. Elsa Schiele’s distorted nude wears Louboutins, and the central figure of Johanna Vermeer’s “Woman with the Faux Earring” (not “Girl,” get it?) has eyes the size of fried eggs.

In a takeoff on the Madonna and child—a classic theme of sacred art—Kunz turns to the early fifteenth-century Flemish artist Robert Campin and creates Roberta Campin’s painting of Mickey Mouse suckling Mary’s breast. Whether or not it is creepy, funny or meaningful is in the eye of the beholder. “Another History of Art” contains more than sixty such examples with the intention to challenge art history in a playful way.

Kunz is perhaps best known for her magazine covers for the New Yorker, Rolling Stone and other high-circulation publications that display an energetic mix of portraiture, caricature and visual puns. In 2017, she started creating these big paintings and said in an interview that she did it because “history has not necessarily been kind to women artists.” I would argue that neither has Kunz. There are so many actual female artists who have been ignored, that it seems to serve little purpose to make up a batch of phony ones. Kunz is so skillful and full of wit that I look forward to her next book (due in late autumn) featuring portraits that she made daily during the pandemic, of women, real ones, who have been overlooked for their contributions to culture or society, or were trailblazers in their field.

“Another History of Art”
By Anita Kunz
Fantagraphics, 135 pages