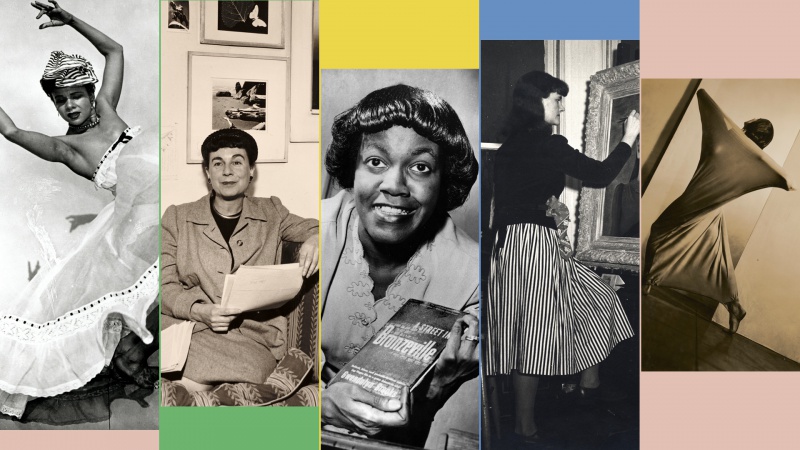 Chicago Avant-Garde: Five Women Ahead of Their Time
(Newberry Library)
An exhibition at the Newberry explores the collective legacy of artist Gertrude Abercrombie, poet Gwendolyn Brooks, choreographers Katherine Dunham and Ruth Page, and dealer-curator Katharine Kuh. The catalog will be worth seeking out—designed by Nick Butcher and Nadine Nakanishi of Sonnenzimmer and letterpress printer Ben Blount, it features five new poems by Eve L. Ewing, dedicated to each of the women.
September 10-December 30

Fuller Awards: Luis Alberto Urrea
(National Museum of Mexican Art)
Shortly after it was established to enshrine the city’s no-longer-with-us greats, the Chicago Literary Hall of Fame extended its recognition to the city’s living literary treasures via its Fuller Awards, which honor lifetime achievement. Luis Alberto Urrea, the ninth recipient, was born in Tijuana but has spent most of his adult life in Chicago, where he has written seventeen books, including the acclaimed border nonfiction of “The Devil’s Highway” and the novels “The Hummingbird’s Daughter” and, most recently, “The House of Broken Angels.”
October 28, 6pm

David Sedaris
(Paramount Theatre)
With his combination of writing, humor and public storytelling skills, David Sedaris might be the closest thing we have these days to a Will Rogers or a Mark Twain. And since his breakthrough in his early-career Chicago days, when a connection with This American Life’s Ira Glass led to his legendary performance of his “Santaland Diaries” on NPR, he’s established himself as a seasoned performer within that sardonic low-key milieu that Glass & Co. have perfected.
November 29, 7:30pm