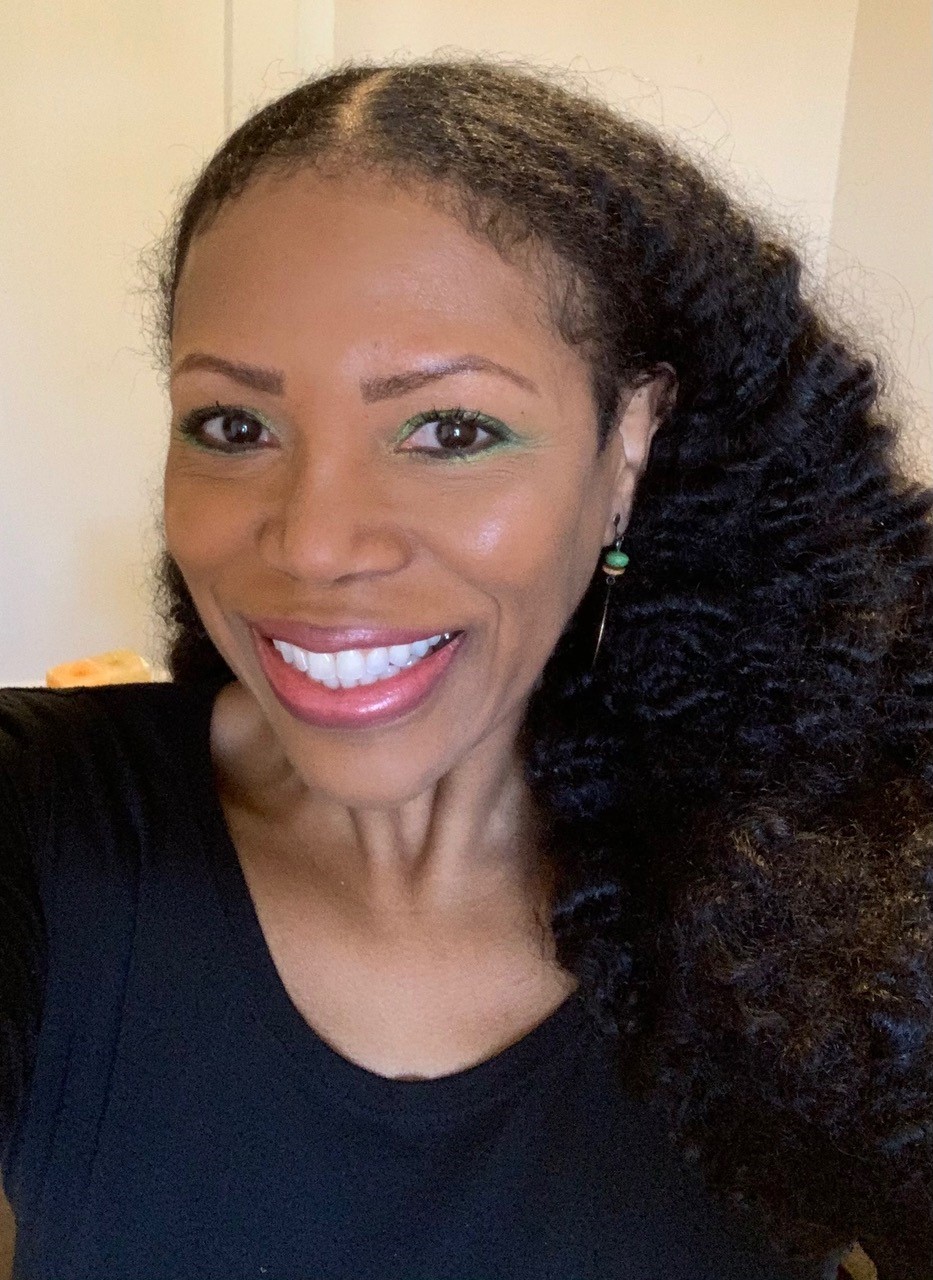 It’s often through stories about others—gods and monsters, parents and siblings, friends and lovers—that we better understand ourselves. In award-winning journalist and novelist Dawn Turner’s memoir, “Three Girls from Bronzeville: A Unique American Memoir of Race, Fate, and Sisterhood,” Turner locates herself by way of a triumvirate sisterhood and the historic and culturally rich neighborhood where they came of age. “Three Girls from Bronzeville” is a gorgeously moving memoir, at once universal and spectacularly singular—about racism and inequity, friends and family, heartache and second chances. I recently interviewed Turner about her memoir, which will be released by Simon & Schuster this September. 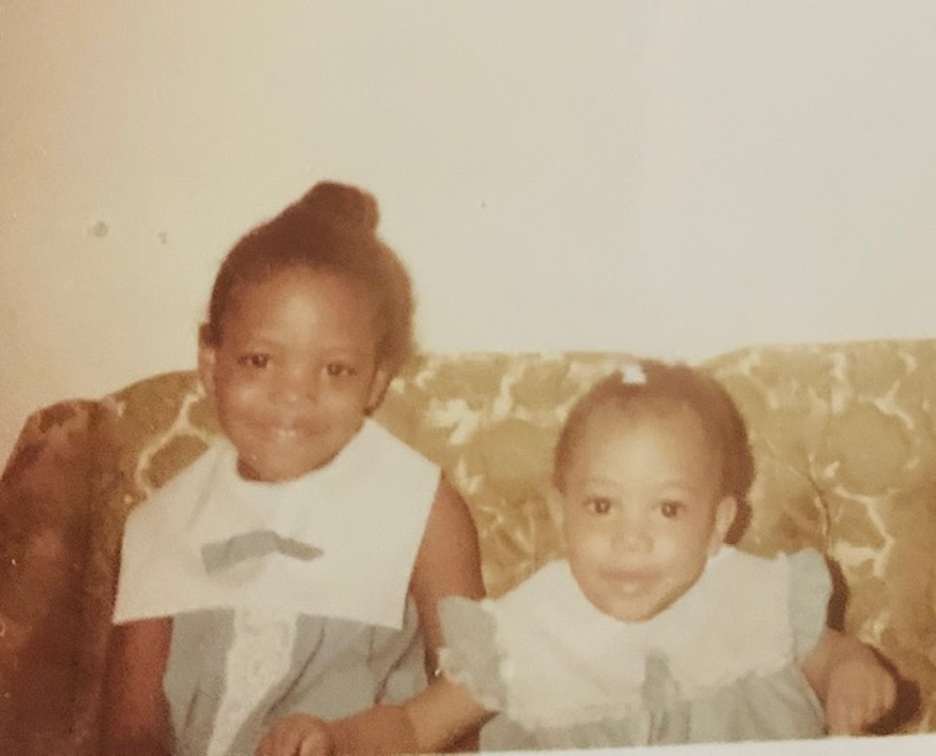 What was a driving question you aimed to answer in “Three Girls from Bronzeville”?

“When did we lose them?” I think what I tried to do was pursue that question in my novels and in my journalism in veiled attempts to understand what happened to my sister Kim and best friend Debra.

What sorts of stories are you drawn to?

I’ve always been interested in stories about people who have gotten a second chance… Often, second chances are not as readily available to people of color. The system is just set up that way. But I’ve been fascinated by people who transform their lives and the lives of others without having the support that a lot of others have.

At one moment in the book, you refer to the “Right combination of rage, desperation, hopelessness, drugs… landing you in a place you never dreamed.” Could you talk about this and why understanding this is so important?

What I’m hoping, we can start to understand is that people do bad things, but it doesn’t mean they’re inherently bad. I believe that if you do something bad, you have to be held responsible. But we have to add a level of empathy to that model. And it’s best to get people earlier: provide better early childhood development opportunities, ways to make sure the family does not disintegrate. There are so many people who don’t have, not just a choice, but a chance. Because of their situation, zip code, family or community dynamic, it’s like they’re doomed from the beginning—more by circumstances, than by anything genetic.

Your memoir deals with so much pain and loss. What would you say are key ingredients—for healing from that?

You don’t get out of this life unscathed. But the way you survive is—and this is universal—you have your people, whether it’s family or friends. We didn’t grow up rich. We probably would have been considered poor. But what we had in abundance were people who snatched you back from the abyss if you got anywhere near it. 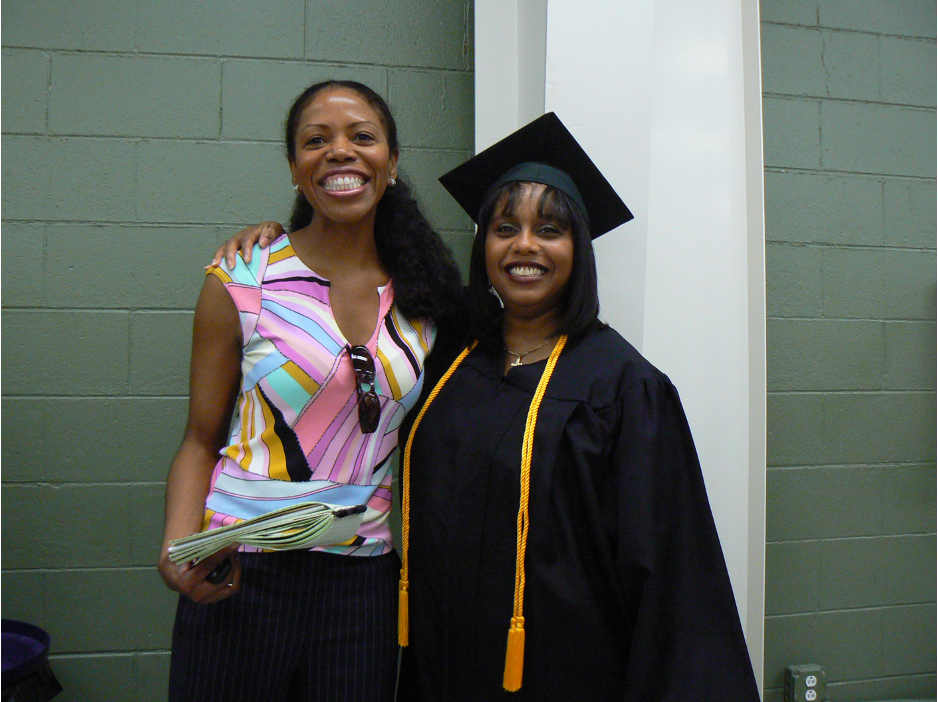 In your memoir, we learn about Mrs. Margaret Myers Jones, an epic example of forgiveness. It’s her forgiveness that helps pave the way for Debra’s transformation. What are your thoughts about forgiveness?

Because I’ve been surrounded by examples in which forgiveness has had such a healing property, it’s difficult for me not to forgive. But I want to be honest—when I interviewed Mrs. Jones, I was sitting at my desk with my daughter’s picture in front of me, and I didn’t understand. How do you forgive someone who is responsible for your child’s death? So, this isn’t from a pedestal that I’m speaking. I’m just saying, in theory, it’s a great thing to do. In practice, it’s really hard.

What role do you think reading or writing can play in empathy and understanding more?

It plays a huge role. Time and circumstance can help people become more empathetic, but I think it can also do the reverse. It can harden somebody’s heart. But writing is the way that I’ve always worked through my pain, whether it’s journaling or seeking stories in my journalism where I learn from the people I’m writing about. Writing is my way of trying to go deeper—asking questions and trying to push against what I think I know to allow something to break through to a deeper understanding. 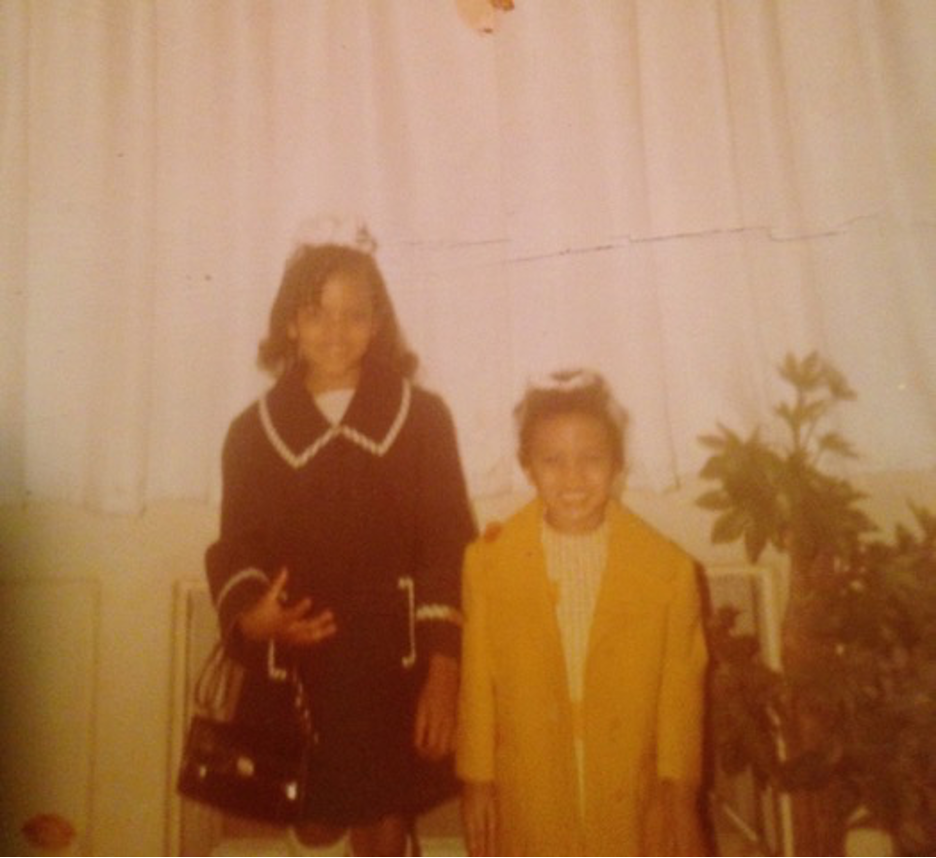 Were events from this past year part of the catalyst for your book? I’m thinking of the BLM protests and the pandemic, which made inequity all the more apparent.

The timing is gratuitous. We’ve been grappling with these themes and ideas forever. I started writing this book in 2010; it stemmed from that 2007 article that I wrote on Debra when she graduated from college in prison. At the time, that was one of my most popular columns, and I got emails, letters, and people called from around the world. Some people suggested, “This could be a book.” But it wasn’t until the publication of “The Other Westmore” that I started to think of it as a book, because at the time, I was Dawn Turner Trice, and Debra’s last name is Trice, and I had married a man completely unrelated to Debra, and somehow my two best friends in life were named Trice, which is not a common name. So I thought, Okay, we have this name thing—the two Westmores and the two people named Trice. But the difference is I had read many books about men and their divergent paths, including “The Short and Tragic Life of Robert Peace” by Jeff Hobbs, but I hadn’t read a story about women in such divergent paths, and nothing about Black women, and nothing that took this longitudinal look. I met Kim when she was born. I met Debra when I was seven.

The dialogue in your memoir is incredible. I know you conducted hundreds of hours of interviews. But many of the conversations you relate date back to when you were a young girl. I’m wondering how you were about to recount all of that and make it feel so fresh? 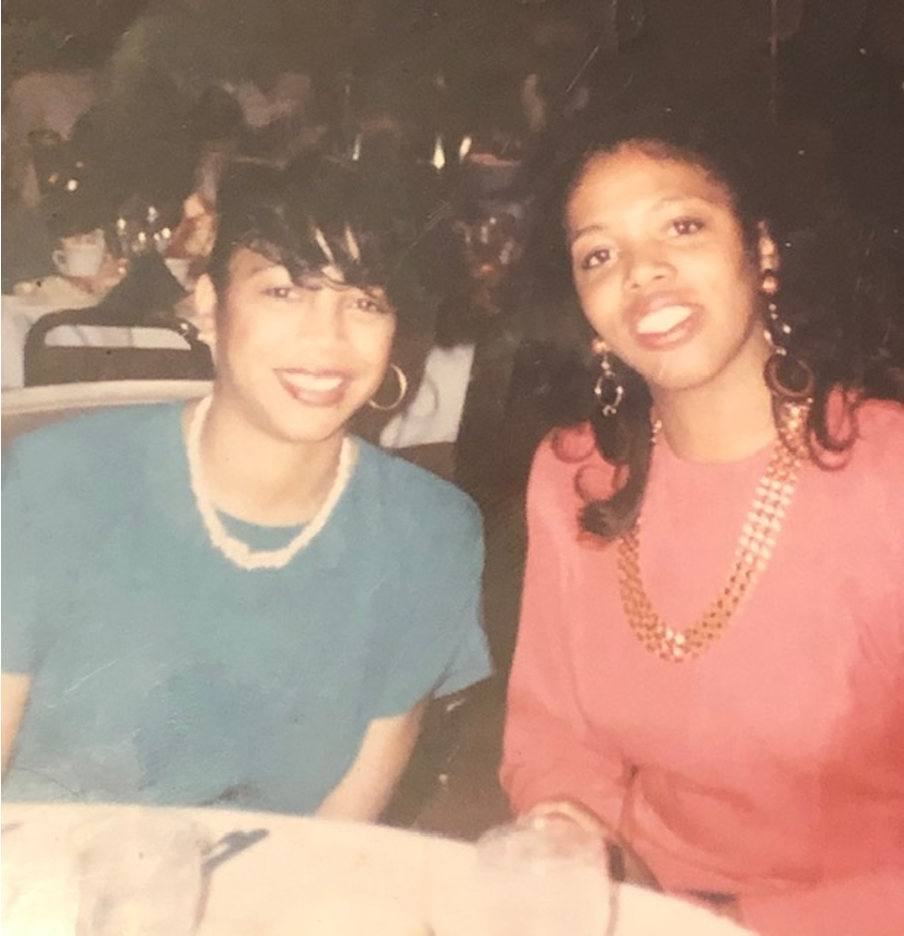 Did you sense the value of your story, as you were living through it? As a girl, did you ever think about a future audience?

As a girl, I thought about the value of storytelling. I didn’t think my story had a whole lot of value, because, typically, you’re in your own given world, and it’s nowhere near as exciting as the world of somebody else. But the storytelling came from listening to the women in my family tell these stories. I would sit rapt, loving the cadence of their voices, and the turn of phrase.

When you listen to a story, you’re so focused on the story itself that you don’t realize the pacing, the timing, the language and just how colorful and beautiful it is. But as I got older, I started to dissect that, and I felt like, “Oh my god, if I could tell stories like these women, it’s what I want to do.”

When you introduce the reader to your stepfather, Andrew, we get a glimpse into some of your literary influences: Ida B. Wells-Barnett, Langston Hughes, Gwendolyn Brooks, Richard Wright. Who are others who shaped you as a writer?

I absolutely love Ernest J. Gaines, “A Lesson Before Dying.” As you mention, Gwendolyn Brooks. She was the first Black author I encountered, and I just love her. The way she colors in the community, and her facility with language is just beautiful. She was a poet, but my favorite book of hers is “Maud Martha.” I’m always like, “Who writes like that?”

And Toni Morrison, of course.

There were people who my mother wanted us to read for the poetry of their voices. And then my stepfather wanted us to read the Carter G. Woodsons, the Richard Wrights, people whose writing was reflecting the time, whose stories were as political as they were prosaic. I think it was that combination of voices that helped me create my own. 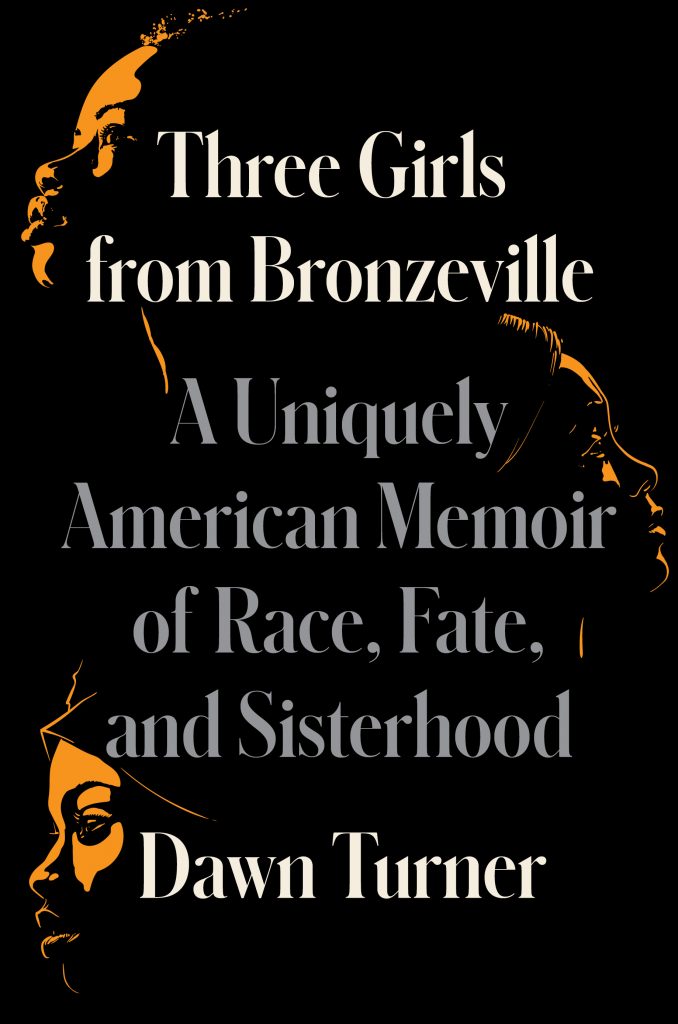 The Bronzeville neighborhood has such a rich cultural history. To what degree did that influence you?

My mother would always drive us up and down King Drive and point out different places: “This is Ida B. Wells’ home. This is where the minister who turned his back on Dr. Martin Luther King, Jr. lived. This is where Muddy Waters lived.” There was all this history that just went over my head as a kid. It wasn’t until I became an adult that I was like, “I cannot believe I grew up in this place.” I did not understand the legacy there and the history. But I could not appreciate it more now. I’m just so grateful.

What are your thoughts on the proposed Bronzeville Lakefront megadevelopment?

I don’t like it. It would be nice to have housing in that area again, maybe exclusively housing instead of something that’s multi-use. The whole idea of urban renewal—when you tear down something that’s not working, it’s displacing people instead of making it better. There’s still a need for affordable and mixed-income housing. It’s not fair and I don’t know that it works when you have people who are all just so desperately poor living on top of one another. There needs to be a combination.

What are a few things you’d like to see change in Chicago that could help eradicate inequity?

The things that I’ll say seem like they’re so minor, but they don’t happen equally. When you drive down the street in some communities you see garbage that hasn’t been picked up, and lightbulbs that haven’t been replaced, and dark streets allow people to do dark things.

There are people who don’t come out of their houses because they’re afraid of what might happen, walking up and down their street. Plexiglass in small stores in food deserts.

It’s difficult to live in a community where the institutions and the systems don’t work for you, and just a few blocks away, you have a community that is fully functional. It reinforces this notion that you are othered, that you are on the outside or the fringes of society.

Some stuff is cosmetic, but if you live in squalor, it doesn’t just stop on the outside. There’s something that I think it does to your spirit, and a lot of people feel that they have nothing to lose. So, how do we give people something to lose?

We often talk about how people need opportunities. Well, we’ve got to really figure out and define what that means. Otherwise, that sounds as worthless as “you’ve just got to have a little bit of faith.” Opportunity and faith mean different things to different people. And I’m worried that some of the words we use ring hollow because they’ve been said over and over again. It sounds like political speak as opposed to something that will really change peoples’ lives.

What’s next for you?

I will continue to pursue the types of stories that I love. I don’t know how my stories will change, because I’ve gotten this one out of my system. But what I have not gotten out of my system is this whole idea of writing about people who are either ignored or dismissed or whose stories, for some people, only seem to be a footnote. I love writing about people who a lot of people wouldn’t necessarily write about, and those are the stories that are most important to me.