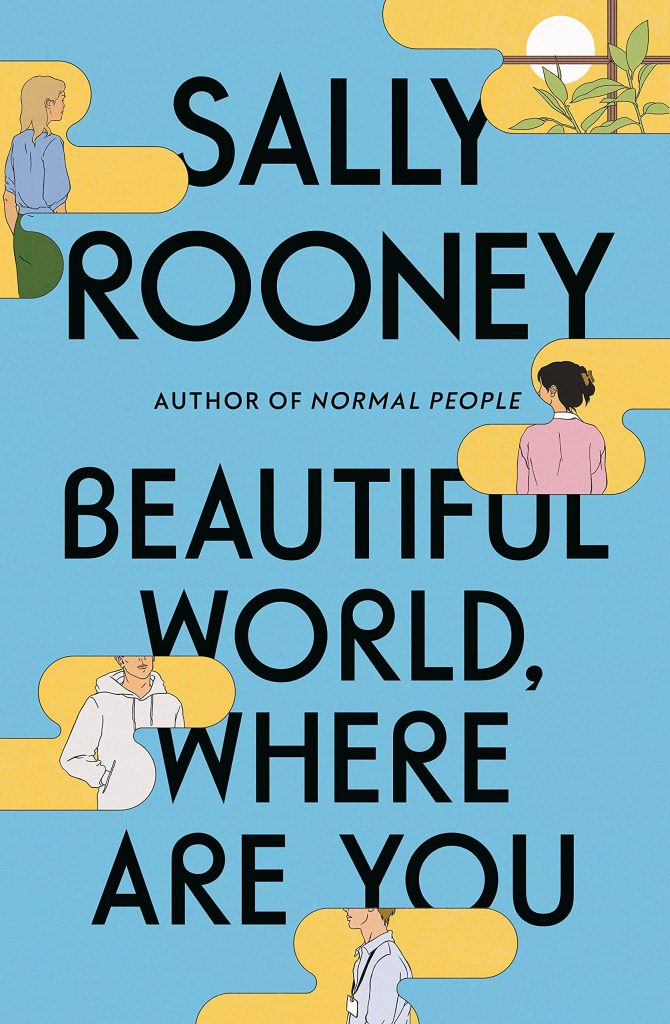 In 2018, Sally Rooney served as an editor for The Stinging Fly, a Dublin-based literary magazine. She also hosted The Stinging Fly’s companion podcast, in which contributors read and discussed a story from the magazine’s archives. The way Rooney would dissect the reading never failed to astound me. It was evident how much of a grasp this young editor had on the craft of writing and I could listen to her speak for hours. Clearly this editorial proficiency translated to her own writing. Anybody who has read Rooney’s previous novels, “Conversations with Friends” and “Normal People,” can attest to that.

What we have in “Beautiful World, Where Are You,” is a novel from a growing writer coming to terms with her recognition. It would not be fair of me to directly equate her work to her own life, however much the protagonists throughout her books overlap with Rooney. Most notably here, it’s in the form of Alice, a young novelist who has gained notoriety from her books and is coping (poorly) with newfound fame. She connects with Felix, a local in the rural county Alice has exiled herself to. She writes to her best friend Eileen who has started an undefinable relationship with her childhood friend Simon back in Dublin. Felix oscillates as Puck and player in the story, disinterested in Alice’s success, he pushes buttons or grounds the characters’ elitism. Each character is a foil of the others, yet they are all struggling with the problem of being understood.

Rooney likes to play with form. In “Beautiful World, Where Are You” we are given a structure switching between third-person chapters followed by a correspondence from the preceding character, Alice or Eileen. It is a structure that is clever, and makes the reader wonder how Rooney will have the momentum to pull it off continuously. While the emails between characters do tend to reveal more of the personalities of the characters, they feel like Rooney attempted to place essays on art, beauty, religion, and the problems with capitalism. But it’s easy to look past the agenda when she’s conceptualizing ideas like, “What if the meaning of life on earth is not eternal progress toward some unspecified goal…? What if these things just rise and recede naturally, like tides, while the meaning of life remains the same as always—just to live and be with other people?”

The prose is the reason for Rooney’s popularity. Nearly a whole chapter takes place with Simon checking his phone as the only surface action. It’s a small space of simple actions, but given the context of the messages and subtle reactions, Rooney offers graceful insight into their relationship and motives. Rooney’s work has been deemed millennial, because she knows how to use the ways technology and consumerism affect relationships and general communication. “Beautiful World, Where Are You” is an interrogation of beauty in a plastic world.

“Beautiful World, Where Are You”
By Sally Rooney
Farrar, Straus and Giroux, 368 pages