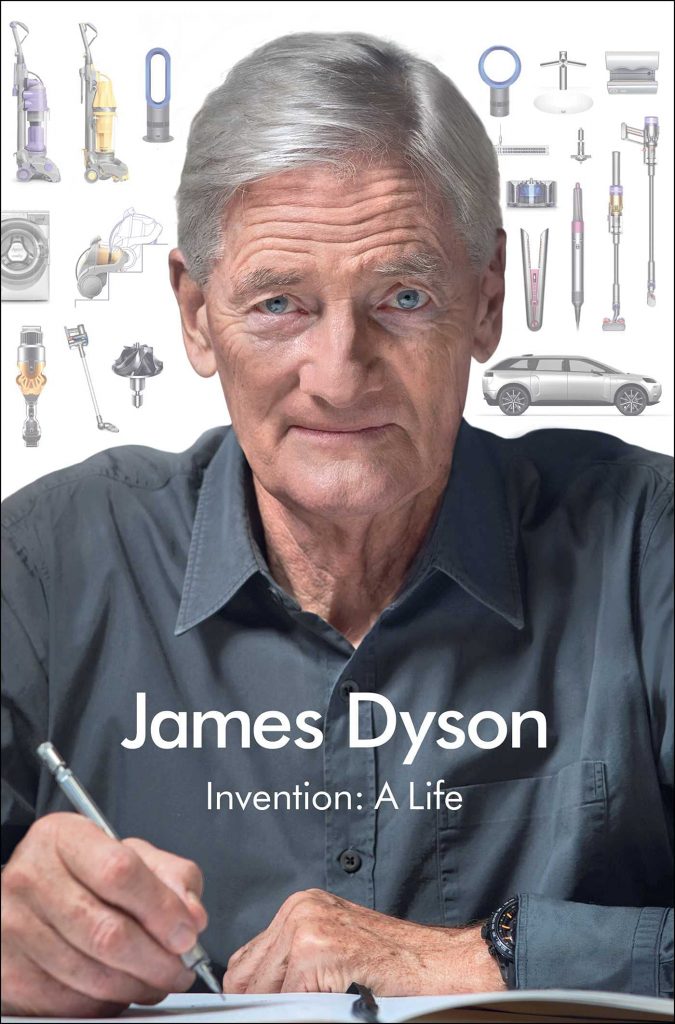 In late 1970s England, James Dyson questioned the design of his Hoover vacuum, said to be the world’s most powerful, noticing how the machine lost suction the longer he used it. An engineer and inventor, Dyson took it apart and inspected the architecture. “As an engineer, I found this interesting. As a consumer I felt cheated, even angry,” he recalls in his new memoir, “Invention: A Life.” Freshly voted out of his first company by its shareholders, Dyson used the downtime to develop a prototype: one that did away altogether with a standard feature of vacuums that he identified as the principal flaw—the disposable bag.

5,127 prototypes later, a number that figures in Dysonian lore as much as 007 does in that of another British James’, he arrived at the DC01. His bagless dual cyclone vacuum went to market in the UK in 1993. Just under a decade later, Dyson broke into the United States with its latest model. A market-disrupting success due to its high performance, if high price tag, its ultimate affirmation came when seen as the brand of choice for the hyper-fastidious Monica Geller on “Friends.”

The Dyson name is synonymous with vacuums, but he insists the company is and always was a tech company. Today Dyson has a footprint in farming, hair care, air purifiers, automobiles and, of course, vacuums. Its products are sold in more than eighty countries. They are designed, manufactured, marketed and sold by 14,000 global employees. The company was called a “great British success story” by former Prime Minister David Cameron. Dyson himself has frequently been compared to Steve Jobs. In 2007, he was knighted for his contributions to business.

For all Sir James’ innovations in the product and design space, “Invention” is a conventional memoir. The narrative charts a mostly chronological course through Dyson’s early years and family life in post-war Norfolk, England; his marriage to Deirdre, an artist to whom the book is dedicated; his career-defining partnership with Jeremy Fry of British manufacturer Rotork; and his successes and failures as an engineer, inventor and entrepreneur.

A twofold tension runs throughout the book: Dyson’s persistence and creativity in solving engineering and design challenges, and his run-ins with British institutions and cultural prejudices about manufacturing that he says required independent thinking to overcome. “I had various degrees of perseverance underpinned by a kind of naive intelligence,” he writes, “by which I mean following your own star along a path where you stop to question both yourself and expert opinion along the way.”

Product details and sketches from Dyson’s fifty-year career feature alongside the text in “Invention,” including early projects, pre-vacuum. Ever hear of the Ballbarrow? His answer to the wheelbarrow, which he found too unwieldy. Or his later attempt to develop an electric car?

Of perhaps more general interest, he also uses the book to highlight the Dyson Institute, his work-study approach to education. And stirs up some old hot buttons. Such as his support for Brexit and then subsequent decision, in 2019, to move his multibillion-dollar family company’s manufacturing and headquarters out of the UK to Asia. “The more time we spent in Singapore and Malaysia and then the Philippines, the more we became an Asian company that just happened to be owned by British people.” He’s not exactly seeking forgiveness for his decision. After spending 300 pages with him, you’ll understand why.