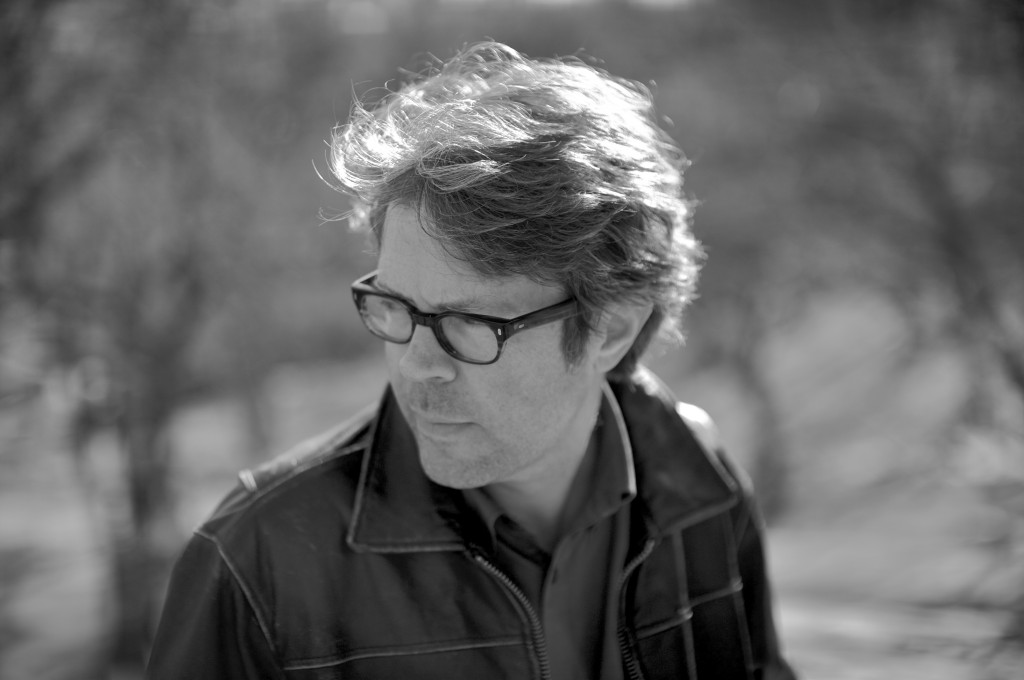 Where exactly does the Midwest begin or end? Is it a physical region or some sort of understanding; more private than the West Coast, subtler than the South, slower-paced than the East? Who are we as Midwesterners and is there validity to how we are viewed?

Having grown up in rural Illinois and gone to college in Iowa, I hesitated about moving to Chicago for graduate school. I’d lived in the Midwest all my life. Wasn’t it time to live somewhere else? Then I fell in love with the city. Whenever I professed my love of Chicago to new people, I always received a variation of the same response, “It’s not like it’s New York or L.A., but it’s a nice place.” To me, that was just it. It wasn’t just another city, it was an oasis of art and culture, and had something New York and Los Angeles didn’t, which is a Midwestern ethos.

What do I mean by “Midwestern ethos” that hasn’t been boiled down, reduced to “nice” or “polite?” I want to disavow those ideas of timidness for a mindset where things seem within reach.

Jonathan Franzen’s 2010 novel, “Freedom,” has been named a contender for “The Great American Novel,” as a portrait of domesticity, politics, and of course, the conservation of nature, namely birds. It just so happens the central action of “Freedom” takes place in the Midwest, a setting perfect for encompassing America. Having lived in California for the past few years and New York for a couple decades prior, one would think Franzen is tired of being asked to sum up the Midwest. Why has this challenge been attributed to him? How does one lump together the aesthetic of a place as vast as the Midwest? 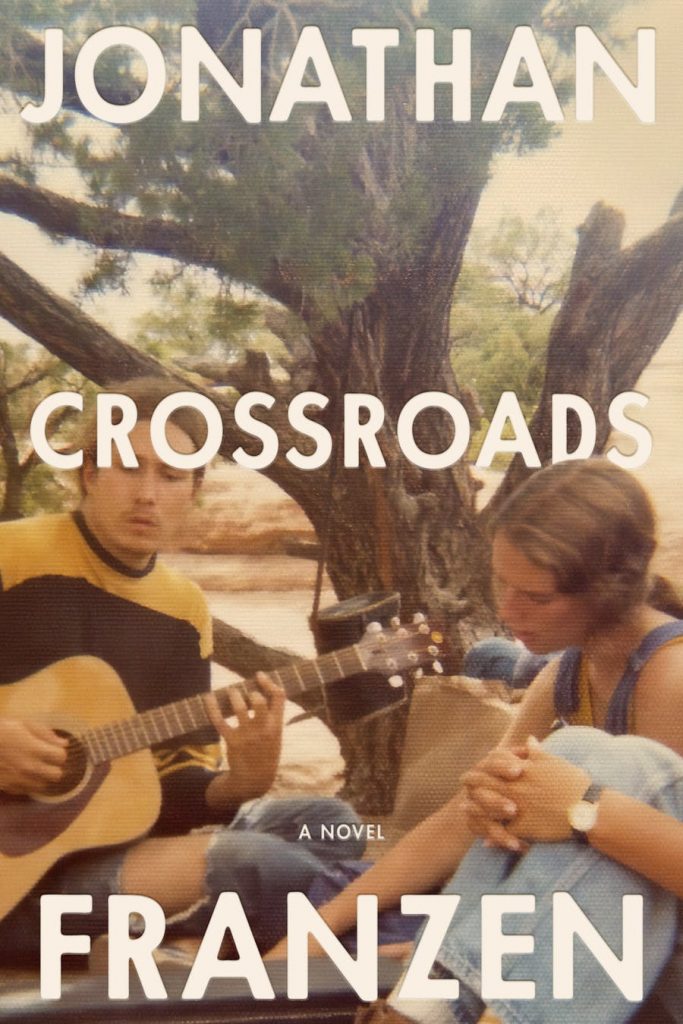 A key concept to Franzen’s new novel, “Crossroads,” is the criticism of passivity. In the early 1970s, the Hildebrandt family is experiencing turmoil from every side. The patriarch Russ is a pastor in New Prospect, a composite Chicago suburb, desperately attempting to have an affair. A life of prayer, morals and passivity left something missing from his mediocre life. Meanwhile, the eldest son, Clem, is tired of his own passivity and revokes his college draft deferment. Clem then criticizes his younger sister, Becky, for her interest in Tanner, the youth group musician, for being “the definition of passive.”

In his own reflections of the Midwest throughout the last couple decades, Franzen is quick to dismiss the misperceived notion of Midwestern innocence by exemplifying the methamphetamine epidemic throughout the central states. While the brashness of his claim makes me instantly defensive, I recall growing up across the river from Muscatine, Iowa, a small city and one-time contender for the title of “meth capital of the world.” Having been raised in Missouri, a state with ever-rising incidents, Franzen is acutely aware of these issues. Throughout “Crossroads,” the fifteen-year-old Perry Hildebrandt attempts to resist his frantic drug addiction as a form of escapism, combined with mental illness. Though this is only the first volume in the “A Key to All Mythologies” trilogy, I would not be surprised to see the condition evolve in the coming books from the American problem with drugs to the inevitable problem with the war on drugs. 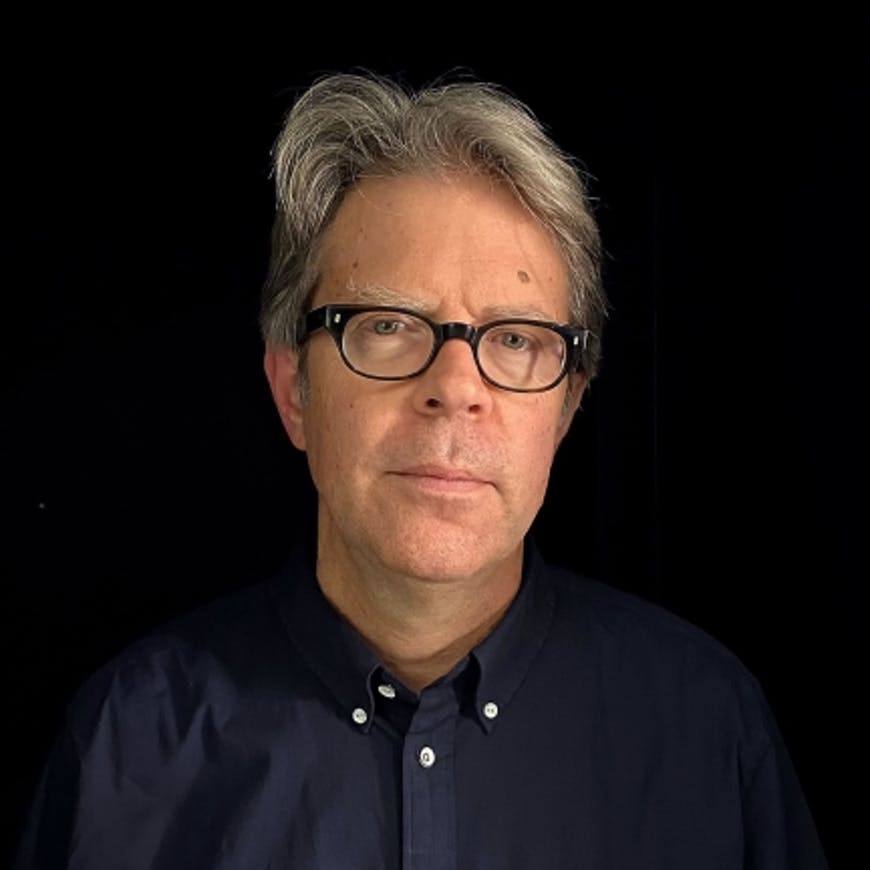 Franzen’s reputation as a curmudgeon is often misunderstood in recent memory. His 2019 essay “What If We Stopped Pretending?” implored readers to face the reality of climate change and shift the focus from prevention to conservation. Having been accused of an “all hope is lost” mentality, and even a climate-change denier, it’s obvious Franzen is a firm global warming believer, advocating for the reduction of carbon emissions. When working outside his field, the science was neither correct, nor concrete, and became misconstrued, regardless of his intentions.

The same essential issue arrived twenty-five years prior, in a 1994 essay entitled, “Lost in the Mail,” in which Franzen relayed the flaws in the Chicago Postal Service. He admits the USPS is “the most constant and best-loved presence of federal governments in the nation’s daily life,” while exposing the tens of thousands of letters that overburdened postal workers had hidden in the trash and the trunk of their cars. It could be argued Franzen’s essay helped bring the scandal to national attention, which caused the post office to make major reforms to the logistics and operations.

It would be amiss to deny the lack of diversity in the novel, the perspective apt to the WASP-adjacent central-characters, who travel to South Side Chicago and later to Navajo Nation on a mission trip, in which both instances, they patronize and romanticize the residents. The writer is aware of the characters’ lack of self-awareness. The lower-middle-class family centered in the book has their share of tribulations, but are aiming for a specific view of the American Dream. The 1970s here are not pure nostalgia, but the awakening of a changing region during transformative times. The area’s representation on a national platform is a start.

Christianity plays a large part in the novel, but there is a certain Midwestern-ness about the way it is portrayed. The parents are unsurprised by their children’s atheism, despite Russ’ profession. In fact, due to Russ’ hatred for the leader of the Crossroads youth group, Russ is deeply wounded by his eldest children joining the group. Crossroads, itself, is not a particularly religious-focused group, instead acting as a social club to confront feelings. This plays with the concept that the Midwest is so intertwined with Christianity, it is more of a lifestyle than a religion. Of course, this is a generalization used to capture the view of “middle America.”

I’m not so blind as to imply Jonathan Franzen’s view of the Midwest is the only, or even the right view. The Midwest has a rich literary tradition, from Chicago’s own Margaret Anderson who first serialized Joyce’s “Ulysses” in The Little Review, to the founding of the Iowa Writers’ Workshop in the 1930s, to any number of contemporary Midwestern publishers, including, but not limited to Minneapolis’ Coffee House Press, Columbus, Ohio’s Two Dollar Radio, and St. Louis-based Dorothy, a publishing project.

Regardless of your thoughts on the writer, he tends to open up conversations. Perhaps the concept of Midwestern passivity is something that needs to be engaged with. Franzen has never backed away from voicing unspoken thoughts. With “Crossroads,” Franzen modernizes the past, contextualizing struggles with religion, adultery, mental illness and, unsurprisingly, general family dynamics, therefore quelling the idea of the Midwest as extended childhood.

In the tradition of Marilynne Robinson, Denis Johnson and Bonnie Jo Campbell, by voicing his criticisms of the region, and characterizing the reality of people in flyover country, Franzen adds to the conversation. If we continue to talk about it, maybe we can pin down the Midwestern ethos.