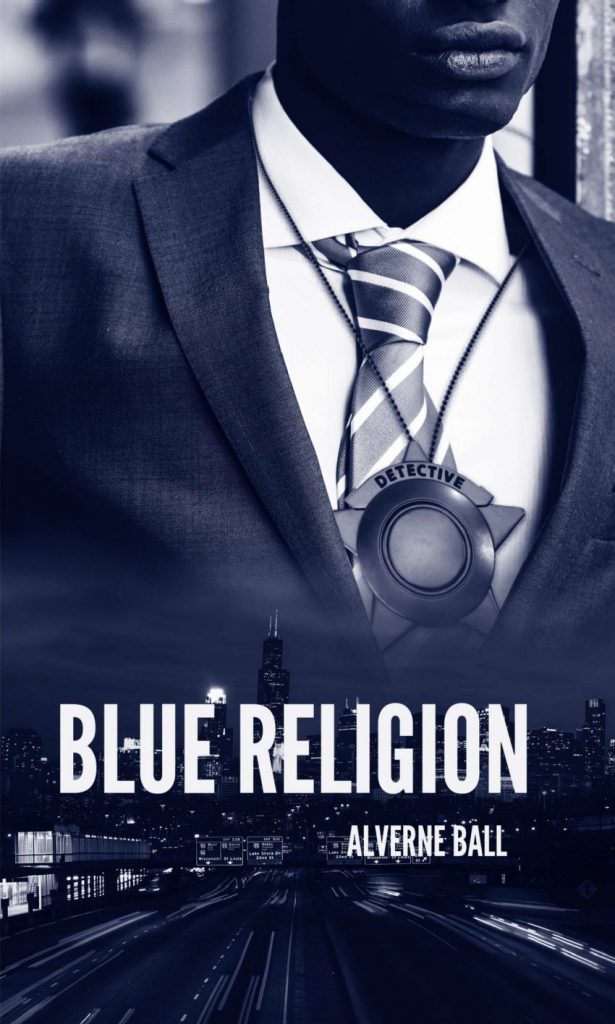 A case with more red herrings than the Shedd Aquarium, Alverne Ball’s police procedural is a satisfying, realistic look at Chicago Police Department detectives. Fast-paced and gritty, “Blue Religion” starts with a hot case, the murder of a young off-duty police officer and a female real estate agent committed in early morning darkness between two of the most iconic and anachronistic buildings on the West Side, the Garfield Park Gold Dome field house and the Conservatory.

Detective Frank Calhoun is no saint, although this book could stand as his beatification document for his elevation to that position inside the “blue religion.” As the son of a policeman who is jailed for murder, this major conflict is well-known among his peers and his superiors, cranking up the pressure on Frank and his partner, Fred Lions. In the claustrophobic geography of poverty, the characters run the detectives round and round in an attempt to find the actual motives and murder.

Calhoun navigates multiple worlds. He gives us glimpses of his past as a Navy chaplain in the confluence of Muslim and Christian hostilities of the Middle East. We see him move through a case that pits West Side gangster Chicago against monied North Side businessmen. He even cracks open the blue religion of the CPD into its rival dominations, with their divergent tenets and hidden rivalries.

With one of the victims known to him, he explores the balance of family against work in a ballet of danger versus truth, duty versus love. His off-duty life shows why police have such a high divorce rate, even though Calhoun isn’t married. The solve of this case leads to him paying a social price for “doing his job.”

Bell is a Joliet resident, raised on the West Side of Chicago, with an MFA in fiction writing from Columbia College. In 2009, he received the first-ever Luminarts graphic-novel-writing award. He is the recipient of the 2014 and 2015 Glyph Rising Star Award for his writing on “One Nation: Old Druids.” Bell has also traveled to South Africa to work as a storyline writer on the hit telenovela, “Uzalo” as well as being a screenwriter on the South African fantasy series, “Ifalahke.” He’s also a member of the Mystery Writers of America and Crime Writers of Color.